Sentiment also suffered on worries over Russia's war against Ukraine, after talks between their foreign ministers on Thursday brought little respite in the conflict between the two countries.

"We've got a terrible macro backdrop (with) a serious inflation problem implying that we're going to see much, much tighter monetary policy," said Rob Carnell, chief economist at ING in Singapore.

Russia's war against Ukraine was likely to make everything from energy and metals to agricultural goods a lot more expensive, Carnell added.

"At some stage, you probably will pull back much more sharply, but at the moment there's still a bit of denial going on in markets."

The United States, together with the Group of Seven nations and the European Union, will move on Friday to revoke Russia's "most favored nation" status over its invasion of Ukraine, multiple people familiar with the situation told Reuters.

Stripping Russia of its favored nation status paves the way for the United States and its allies to impose tariffs on a wide range of Russian goods, which would further ratchet up pressure on an economy that is already heading into a "deep recession."

By mid-afternoon, MSCI's broadest index of Asia-Pacific shares outside Japan (. MIAPJ0000PUS) had skidded 2.0%, after a retreat on Wall Street spilled over on many of the region's country benchmarks, which turned deeply red.

The Hang Seng index (.HIS) slumped 3.7%, with the shares of Yum China (9987. HK), and four other firms taking a beating after the companies were embroiled in an auditing dispute between Beijing and Washington.

The sell-off in Chinese shares came even as the country's securities regulator said on Friday it was confident it will reach an agreement with U.S. counterparts on securities supervision.

Outside Hong Kong, the losses in Chinese shares were smaller, with the country's blue-chip index (.CSI300) down 2.6%.

Markets are already expecting the Federal Reserve to raise its Fed funds target rate by 25 basis points after next week's monetary policy meeting.

Expectations of tighter monetary policy were also fueled by a hawkish tone from the European Central Bank, which said on Thursday it will stop bond-buying in the third quarter.

"The ECB meeting was more hawkish than expected," said Chris Weston, head of research at brokerage Pepperstone in Melbourne.

"We see 11 basis points of hikes priced into EU rates by the July ECB meeting."

In the currency market, the euro was 0.12% higher at $1.0994, as the hawkish tone from the ECB failed to boost momentum for the single currency substantially.

"The ECB gave more clarity to their stimulus exit plans, but it's unlikely to give euro a sustained lift, not while the Russia-Ukraine conflict is ongoing," said analysts at Westpac in a morning note.

The yen eased to its weakest level against the dollar since January 2017 at 116.72 per dollar. 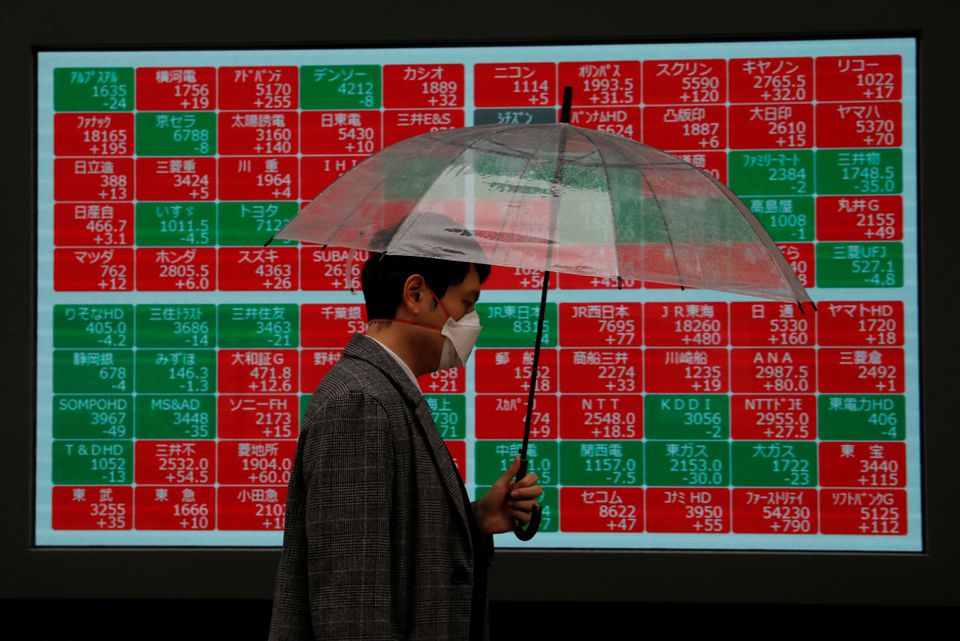 European stocks are at risk if Russia invades Ukraine

Benefits of New Investment Law on SMEs to the Large Enterprises