INTERNATIONAL: The world's best figure skaters put aside competition nerves and concerns about scores on Sunday as they let loose on the final day of the Beijing Olympics at a gala that bade farewell to a competition marked by greatness and controversy.

The medallists in each discipline and a handful of other top skaters took part but a notable absentee was 15-year-old Kamila Valieva, a gold medal favourite in the women's singles who tumbled to fourth place after being embroiled in a doping scandal.

The gala gave U.S. skater Vincent Zhou, who was forced to withdraw from the men's singles after testing positive for COVID-19, another chance to be under the spotlight on Olympic ice.

His face painted light blue, Georgia's Morisi barged onto the ice wearing a blue genie costume, pretending to have materialised from Aladdin's lamp.

Spanish ice dancers Olivia Smart and Adrian Diaz raised the energy level with neon latex outfits seen in exercise videos from the 1980s and had the crowd roaring with the song "She's A Maniac" from Flashdance.

Keegan Messing, who could be seen running up and down the aisle waving a giant Canadian flag to cheer on his teammates during competition, was also a crowd favourite, showing off a backflip in blue jeans and a lumberjack's flannel top.

When Japan's Yuzuru Hanyu took the stage in a glittery, lacy white top, photographers once again got busy, clicking their shutters while fans squealed in the stands.

Many Olympic figure skaters are expected to compete in the world championships next month in France. 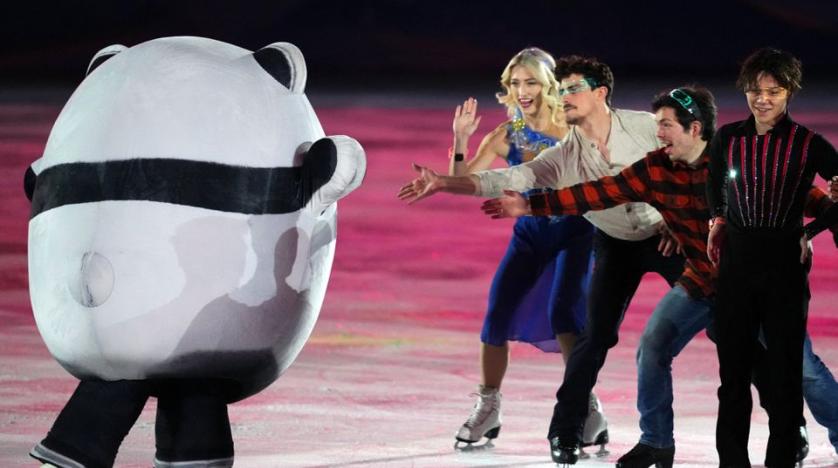 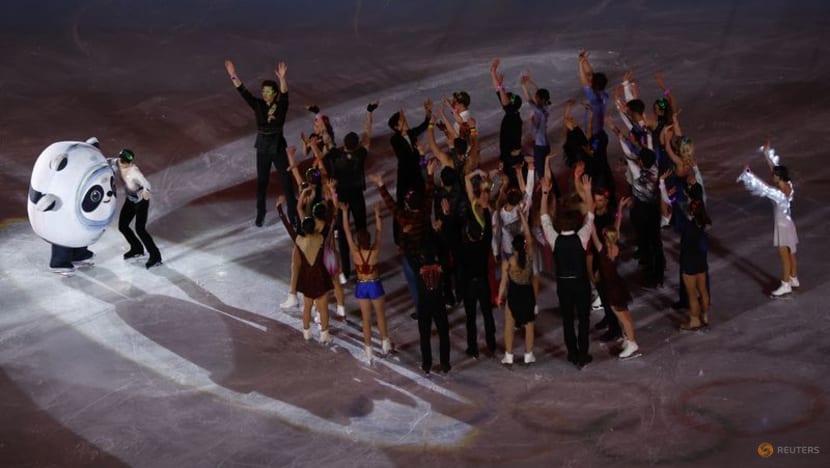