Nicknamed "Queen of the BRITs" by host Mo Gilligan, the London-born singer-songwriter picked up the first award of the night - song of the year - for her chart-topping single "Easy on Me."

The track was the first to be released from her comeback album "30," a record Adele has said she made to explain her divorce to her young son. It won album of the year.

"I'd like to dedicate this award to my son, and to Simon, to his dad. This album was all of our journey, not just mine," a tearful Adele has said, referring to her ex-husband Simon Konecki.

"I'm very proud of myself for sticking to my guns and putting out an album that was about something that was so personal to me because not many people would do stuff like that any more."

The 33-year-old also won artist of the year, a now genderless category in which rappers Little Simz and Dave, as well as singers Ed Sheeran and Sam Fender, were also nominated.

"I understand why the name of this award has changed but I really love being a woman, being a female artist," Adele has said.

Following in the footsteps of other awards shows or events that have removed gender classifications, organizers for the BRITs said in November there were getting rid of female and male categories from 2022.

Returning to her hometown, Adele, who lives in Los Angeles, has also performed at the ceremony.

Despite only being released in November, "30," Adele's fourth studio album, was Britain's biggest selling album in 2021, shifting more than 600,000 copies in just six weeks.

The singer has thanked Inflo, named producer of the year, for helping her with the record.

Ed Sheeran was named songwriter of the year.

International group of the year went to American R&B duo Silk Sonic, made up of singer Bruno Mars and rapper and singer Anderson .Paak.

All four were voted for by the public. 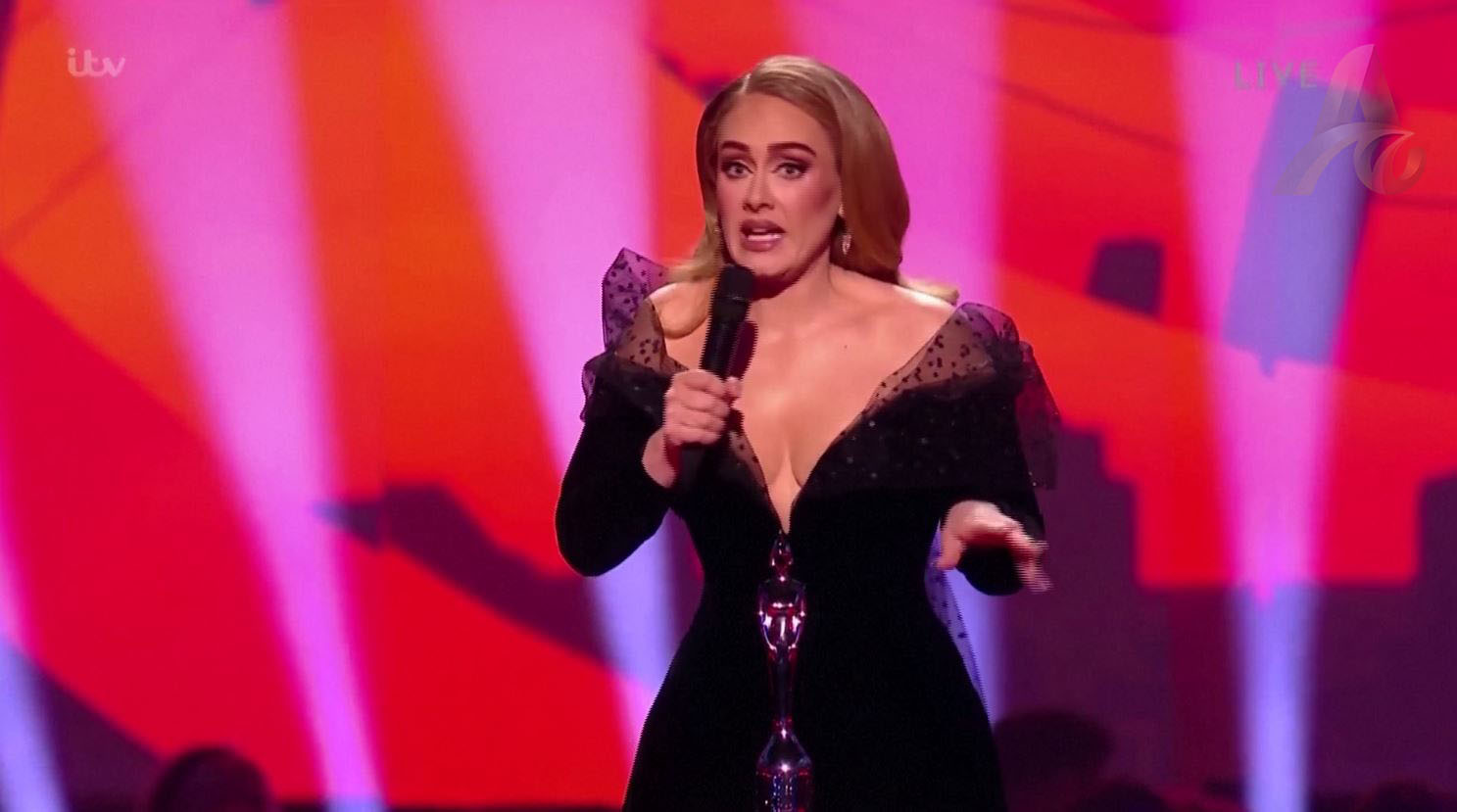