Fire Rages on Timber Ship Off Sweden for Four Days 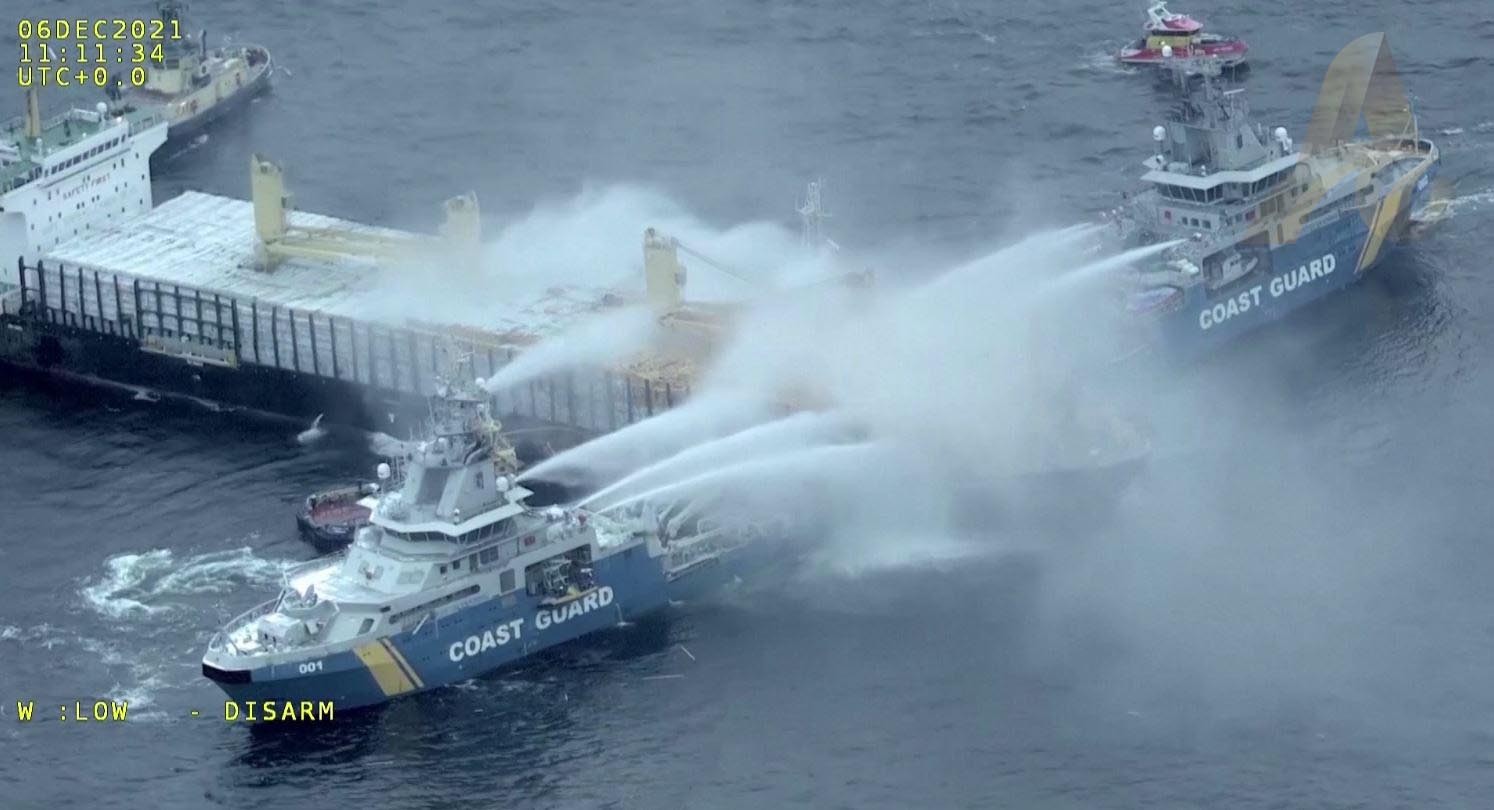 PHOTO: AERIAL VIEWS OF COAST GUARD BOATS HOSING WATER ON SHIP / RESCUE HELICOPTER HOISTING UP MEMBER OF STAFF / STILL PHOTOGRAPHS OF FIRE ON SHIP AND EFFORTS TO EXTINGUISH IT

INTERNATIONAL: Firefighters hampered by high winds in operation to douse stricken ship carrying timber off Gothernburg on Sweden’s west coast. The fire has started on Saturday and was still not under control and continues to burn for more than four days.

Although the fire continues to burn with “undiminished strength,” the flames are reported to be contained to the forward portion of the ship and limited to the timber cargo and not the ship itself. The work could continue for several days.

The crew of the Almirante Storni remain onboard and there is now discussion about whether or not to try and take the bunker fuel from the stricken vessel. The nine-year-old, 31,796 deadweight ton handy bulk carrier is managed by Germany’s NSC and sails under the Liberian flag. 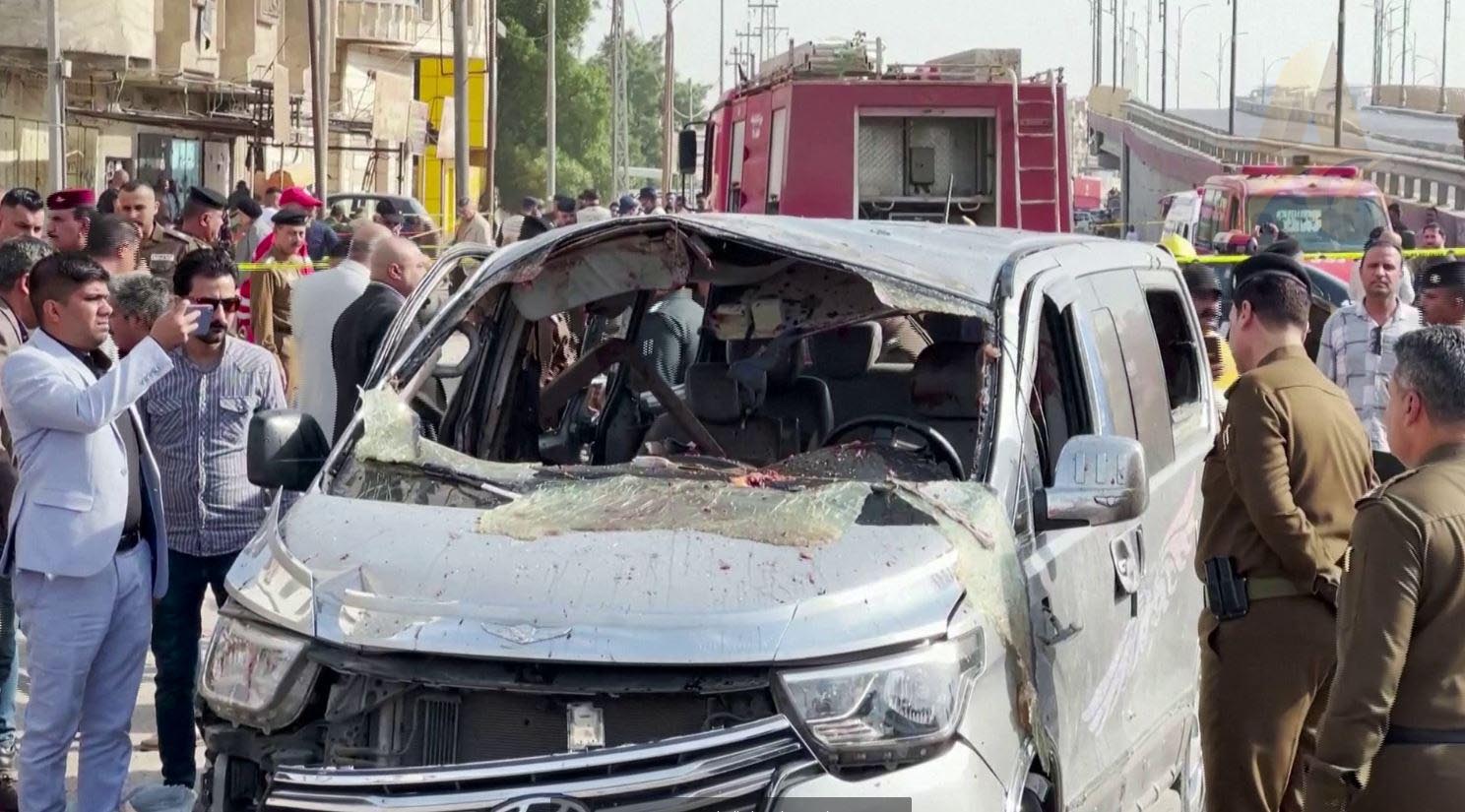 PHOTO: AFTERMATH OF EXPLOSION IN BASRA DURING WHICH AT LEAST FOUR WERE KILLED AND 20 WOUNDED / CAR DAMAGED BY EXPLOSION / SECURITY FORCES AT SCENE

Iraqi military says a motorcycle rigged with explosives has caused the strong massive blast which killed at least four people and wounded dozens.The blast took place near a main hospital, setting fire to at least one vehicle and damaging a minibus.

Bomb attacks in southern Iraq, where the bulk of the country’s oil is produced, are relatively rare, particularly since the defeat of the ISIL (ISIS) armed group in 2017. There has been an increase in political instability in Iraq following the October 10 parliament elections which saw populist leader Muqtada al-Sadr emerge as the biggest winner.

Shia armed factions loyal to Iran which lost around two thirds of their parliamentary seats have rejected the results of the election, alleging fraud. 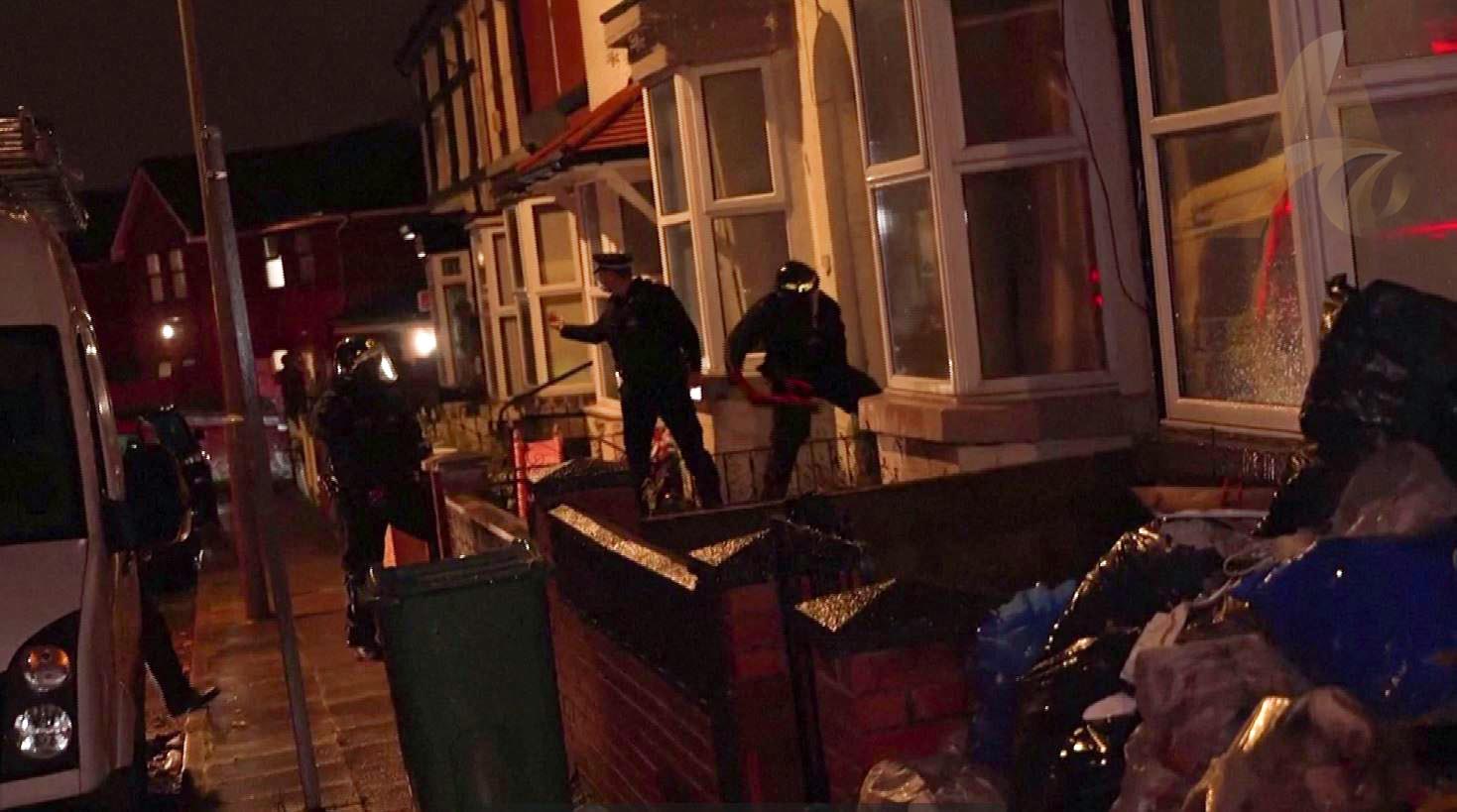 UK commits almost $400 million to put a stop on drugs trade and to tackle drug gangs and boost rehabilitation for users, Prime Minister Boris Johnson has announced Monday at a police raid.

The government has promised the largest ever investment in drug treatment and recovery as part of a far reaching new 10-year strategy for tackling addiction and reducing crime in England. The cross departmental plan comes as drug related deaths in England and the rest of the UK have reached a record high in 2020, with deaths linked to cocaine and opiates rising sharply over the past decade.

The strategy will be underpinned by almost a billion-dollar investment in treatment programmes in the National Health Service and in the prison service—taking the total treatment and recovery spend to almost $3 billion over three years. There will also be more than $300 million investment to crack down on supply chains and criminal gangs profiting from the trade in illegal drugs.

Johnson believes that the strategy would tackle 300,000 "problem drug users", who account for about half of burglaries, robberies, thefts and murders. The investment will see a crackdown on drugs gangs with an aim to dismantle 2,000 so-called county lines - networks used to drive the drug trade in rural areas of the country. The measures make part of the government's 10-year drugs strategy published on Monday, designed to address both the supply and demand for drugs.

Will Smith Apologizes to Chris Rock, Says His Behavior Was 'Inexcusable'