The Cambodian Foreigner Minister has also recalled Japan’s important contribution to Cambodia’s peace and reconstruction, especially during the Covid-19 pandemic, when Japan has given medical supplies and vaccines to the Kingdom.

Both counterparts has celebrated the growing relationships between the nations, and they have assured that 2023 will be a vital moment for their diplomatic ties, as Japan and Cambodia celebrates the 70th anniversary of formal ties between both countries. They have also discussed economic topics, such as the development of Sihanoukville seaport, and the recovery of trade in a post Pandemic reinvigoration of people-to-people connectivity.

In the area of security, Yoshimasa has commended Cambodia’s contribution to international peacekeeping, pleading the Kingdom with further support in this endeavor. In response, Prak Sokhonn has thanked Japan for providing capacity building support to Cambodian peacekeepers.

They have also shown commitment for not just bilateral ties, but also for multilateralism partnerships. Prak Sokhonn has shown gratitude for Japan’s support in the ASEAN 2022, in which Cambodia had a successful chairmanship. He reiterated support for convening a special ASEAN-Japan Summit to commemorate the 50th ASEAN-Japan dialogue relations, held in Japan in 2023.

Myanmar was also another topic of discussion, with both nations sharing common ideas that ASEAN has an important role in assisting Myanmar to find a peaceful approach to resolve the crisis, while the Five-point Consensus agreed at the ASEAN Leader’s Meeting held on April this year should be fully implemented in a mannerly time.

At last, newly appointed Japanese Foreigner Minister Yoshimasa has congratulated Cambodia, wishing luck when hosting the 13th ASEM Summit on the 25 and 26 of this month. 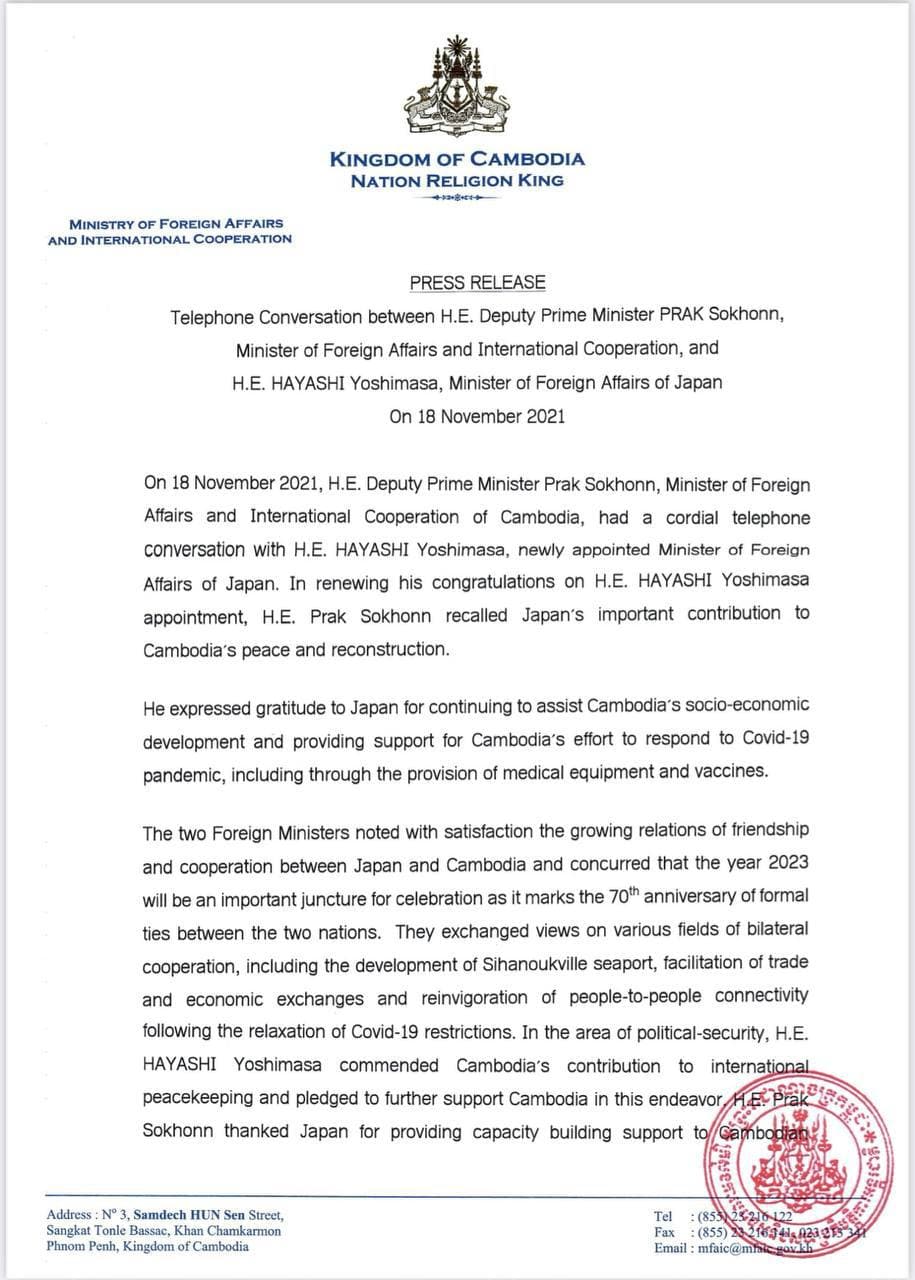 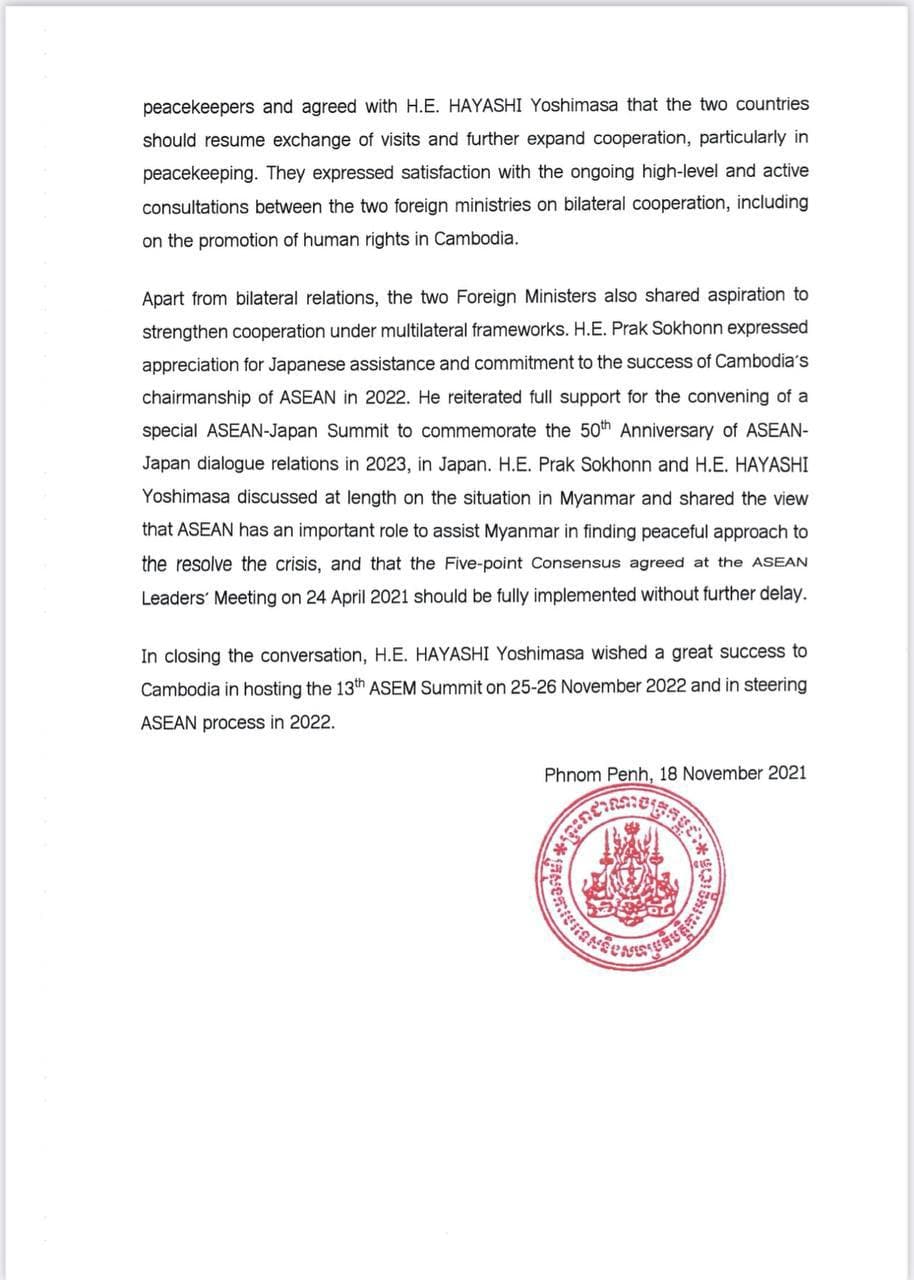 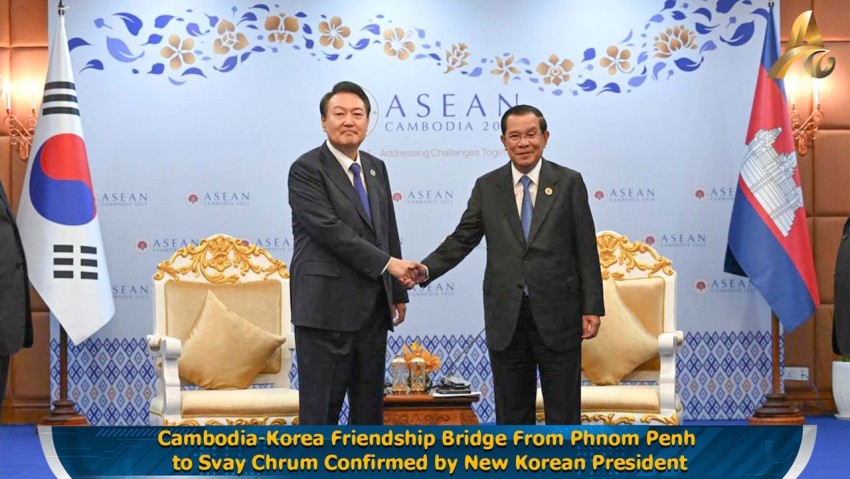 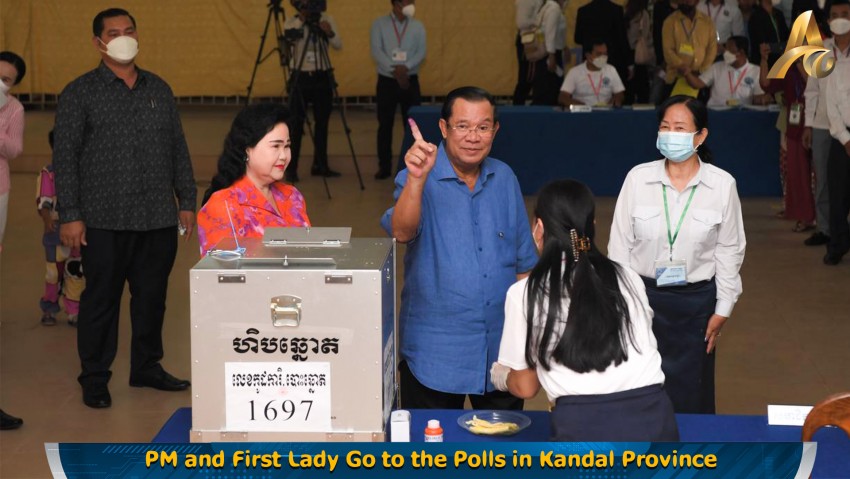 PM and First Lady Go to the Polls in Kandal Province 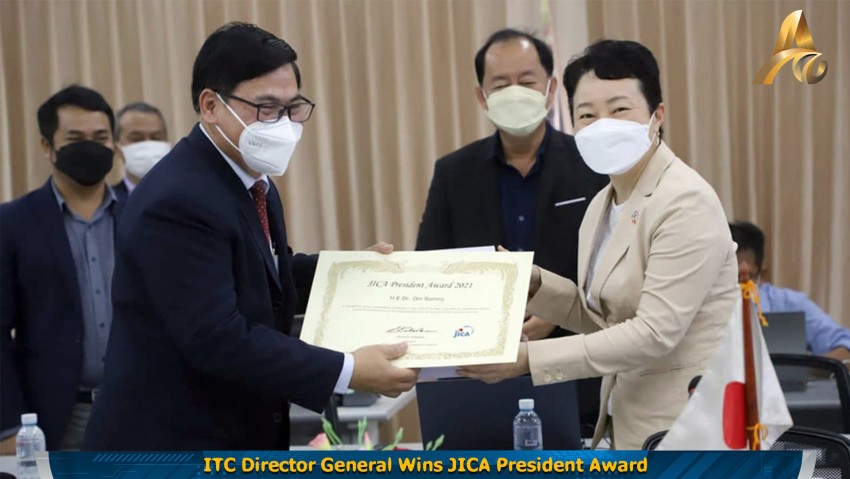 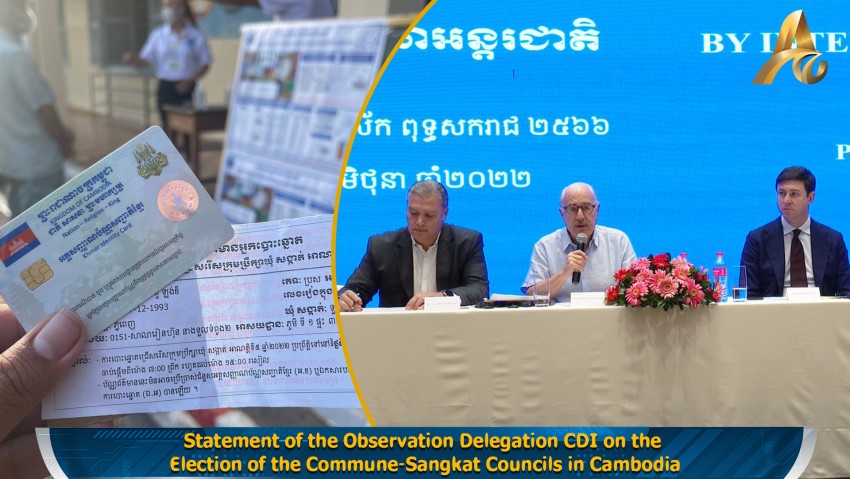