Phnom Penh: The spokesperson of the Ministry of National Defence is making the national and international public know that the United States Department of Treaury has recently shown its arrogance again by unilaterally sanctioning two senior officers of the Royal Cambodian Armed Forces with unsubstantiated motives.

The ministry regards this action as senseless and provocative. The United States has tried to destroy again the harmony of the Cambodian people. US is repeating their brutal actions in the past which has resulted in destruction and tragedy for Cambodia and other countries around the world.

The REAM Naval Base is used again by the US government as the main issue to pressure Cambodia even when the country has strived to show its goodwill,concession,and honesty in the spirit of friendship.

When it comes to REAM Naval base, the MND has repeatedly reaffirmed in almost all forms that Cambodia’s sovereignty is fully protected. And the modernization of the base is certainly not a threat to the security of any countries, as claimed. The MND and the Royal Cambodian Armed Forces have always shown goodwill towards other countries and regard this as respect of mutual interests and a way of eluding disagreements. Contrary to what the United States constantly shows for Cambodia’s sovereignty. It’s always disregarding to further its own interests and enchance its position in current geo-political rivalry.

Consequently, the MND firmly opposes this unfriendly action. The action is completely provocative and dishonorable and will absolutely not succeed taking back Cambodia to the past tragedies and repeat the same mistakes which were caused by external intrusion. MND also dauntlessly stated that they will stand firmly to protect Cambodia’s national interest at all costs, and build good relations with friends who choose to respect mutual interests. 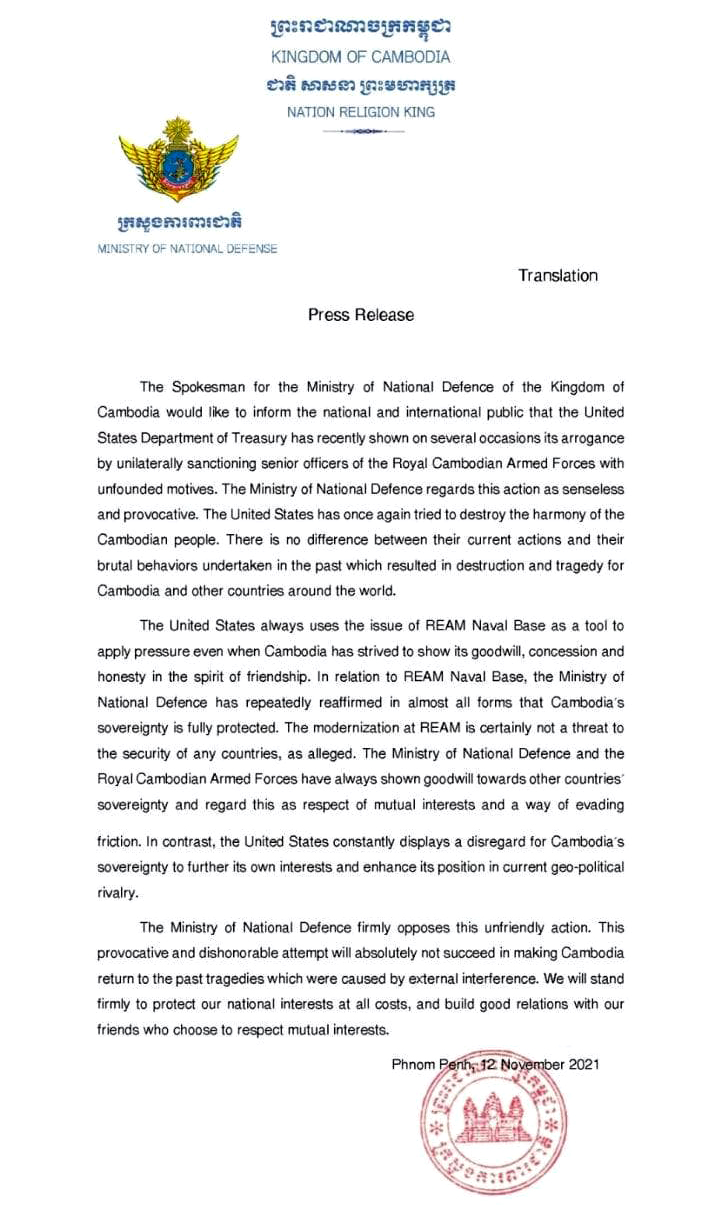 NA President Speaks on the Benefits of Women in Politics