PHNOM PENH: One man was seriously injured when two cars caught fire at a gas station in Serei Sophoan city in Banteay Meanchey. The fire has occurred on Thursday morning , infront of Sangkat Phsar O’Ambel market.

Serei Sophoan City Inspector Colonel CD has shared to EAC News that a 68 year-old owner of the gas station named Chea Ly and his wife Bun Ly were having a routine operation ,when the engine oil pump was transferred from the underground fuel tank to the tanker truck a small fraction of unburned fuel or hydrocarbon was released , the gasoline-air mixture has caused an immediate spark and has created a violent gas explosion. The owner was seriously injured and was immediately brought to a nearby hospital.

Two cars have been damaged and loss of about 500 liters of gasoline. Three firetrucks were sent to completely control the situation. 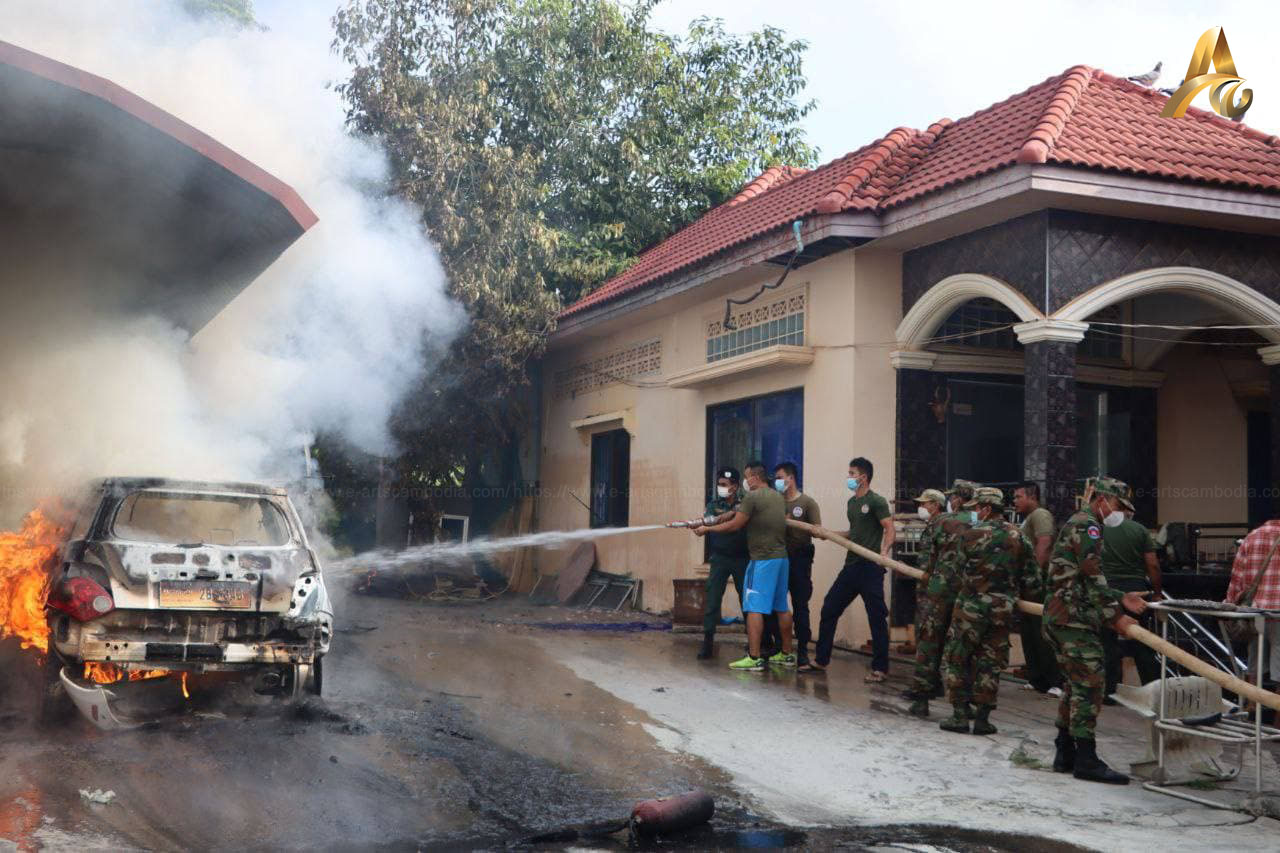 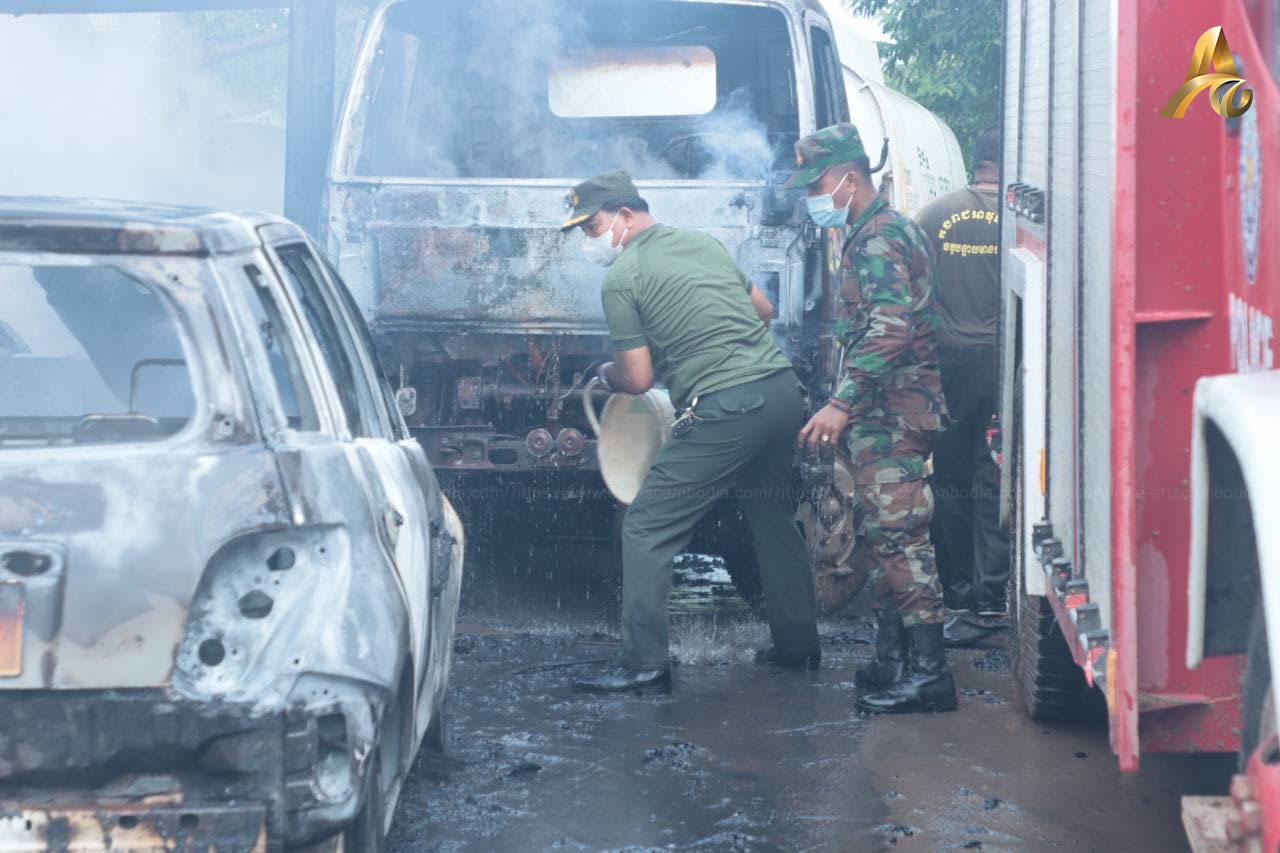 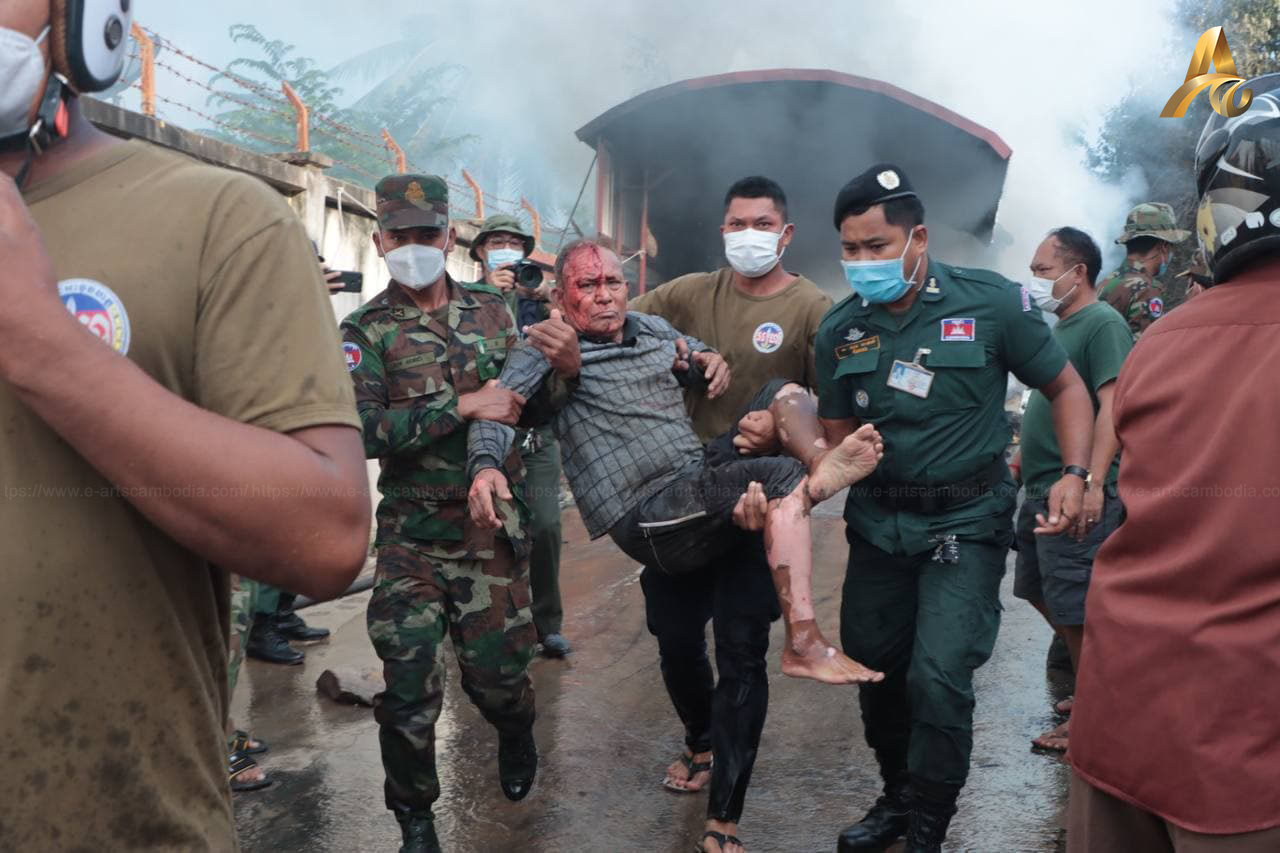