Phnom Penh: Prime Minister Hun Sen has posted a photo of him which he received from random people in social media. He says he is interested to know where was the photo taken and who photographed it. The photo shows two girls weaving a mat with him looks delighted in what they are doing.

Prime Minister Hun Sen says,  "I have received a lot of photos of myself these days, but I am not sure where and in what year it was taken. In the 1980s, I traveled but I have never seen a photo like this."

The Prime Minister is asking people who can provide the information on the person who took the photo or any information about it. 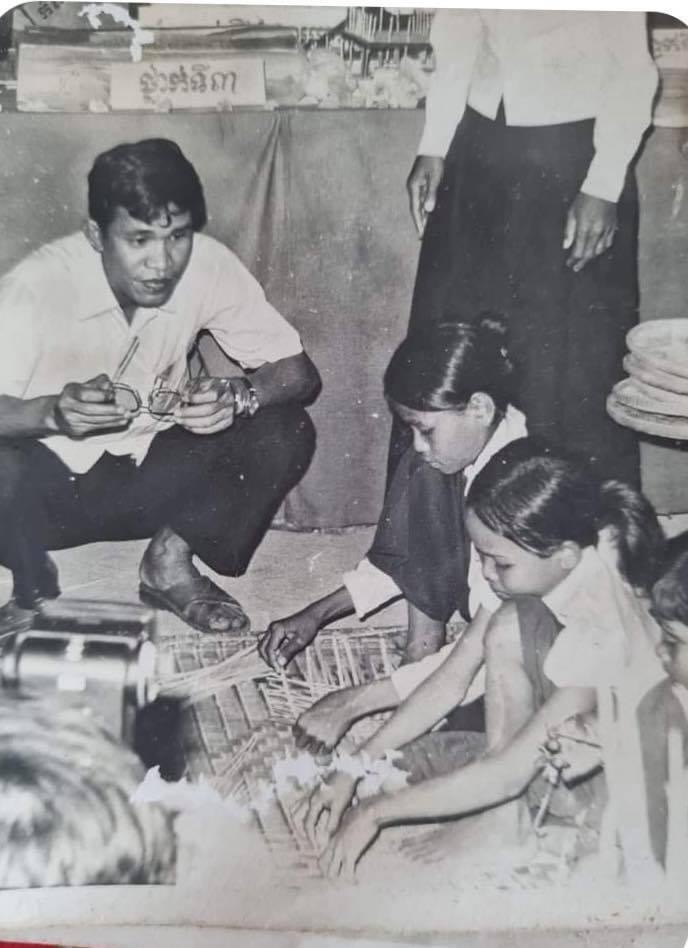