The Prime Minister arrived in New York City at around 6 pm local time on Wednesday, 21 September, which was around 5 am on Thursday, 22 September in Phnom Penh.

On his way to his hotel, the Prime Minister was greeted by many Cambodians living in America.

In a Facebook post made by the Prime Minister after his arrival, he shared a picture of himself with a group of people greeting him in New York and wrote the caption, “Is this not me [in the image]? Before coming to New York, some brainless people said that I had a stroke and was not able to go to New York, USA.”

The Prime Minister further thanked all the people who came to visit and wished them all a safe return home.

According to a Tuesday, 19 September, press release from the Ministry of Foreign Affairs and International Cooperation, Prime Minister Hun Sen will attend the 77th UNGA, held under the theme "A watershed moment: transformative solutions to interlocking challenges,” where he will deliver Cambodia’s national statement.

The General Assembly will be held from 21-23 September 2022 in New York City.

In addition to attending the UNGA, the Prime Minister will also embark on an official visit to the Republic of Cuba and attend the national funeral of former Japanese Prime Minister Shinzo Abe from 21-28 September 2022. 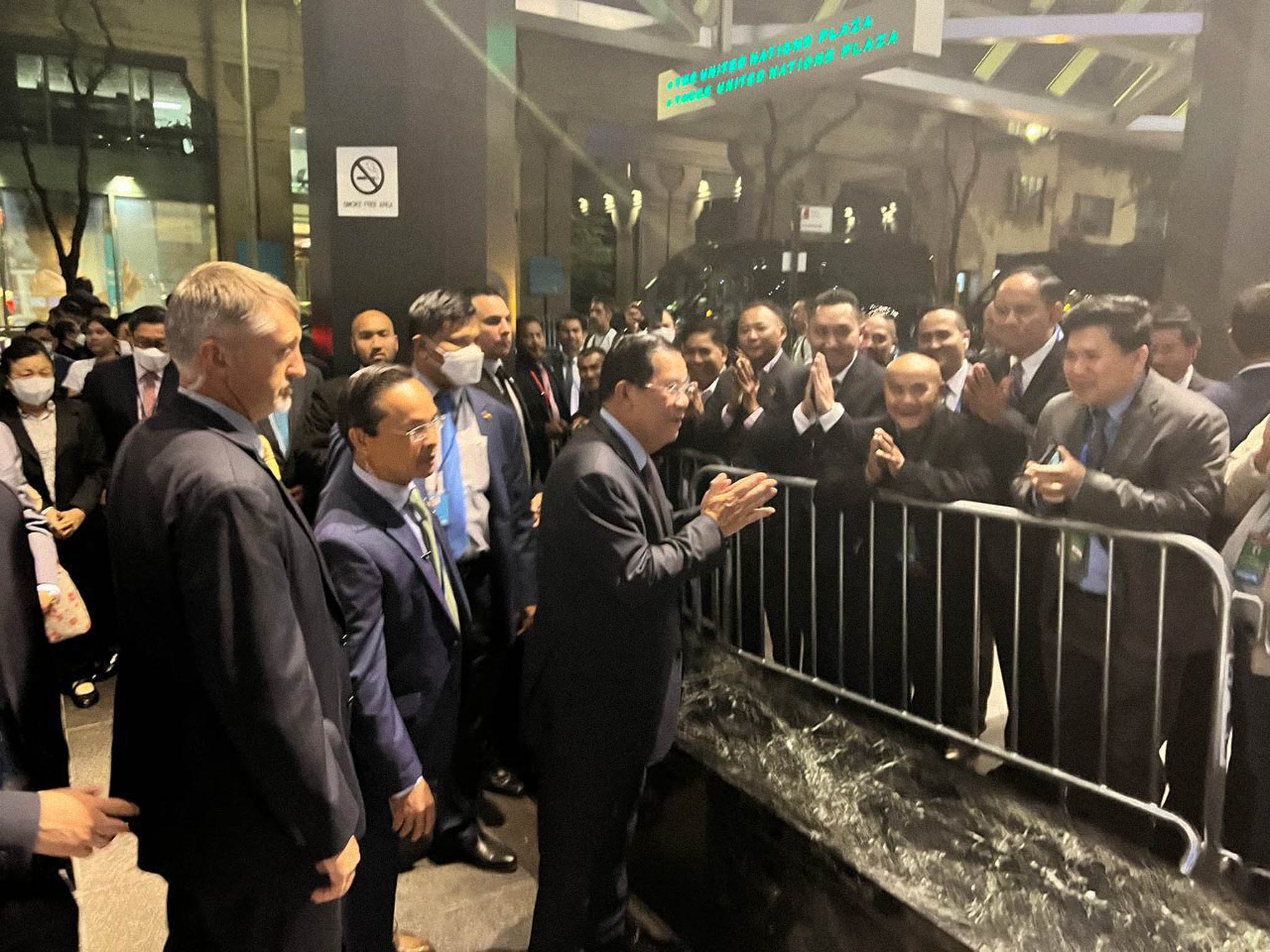 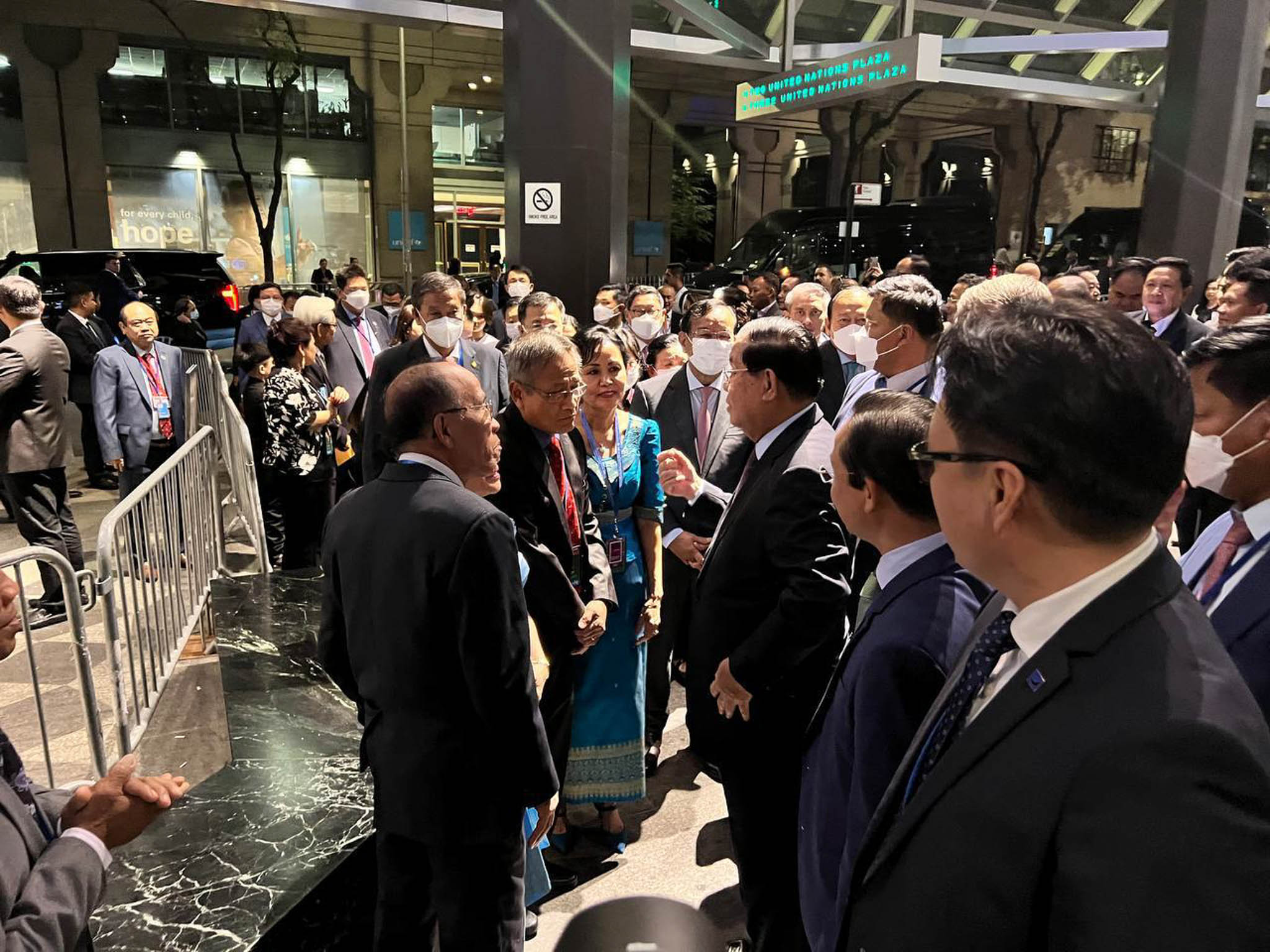 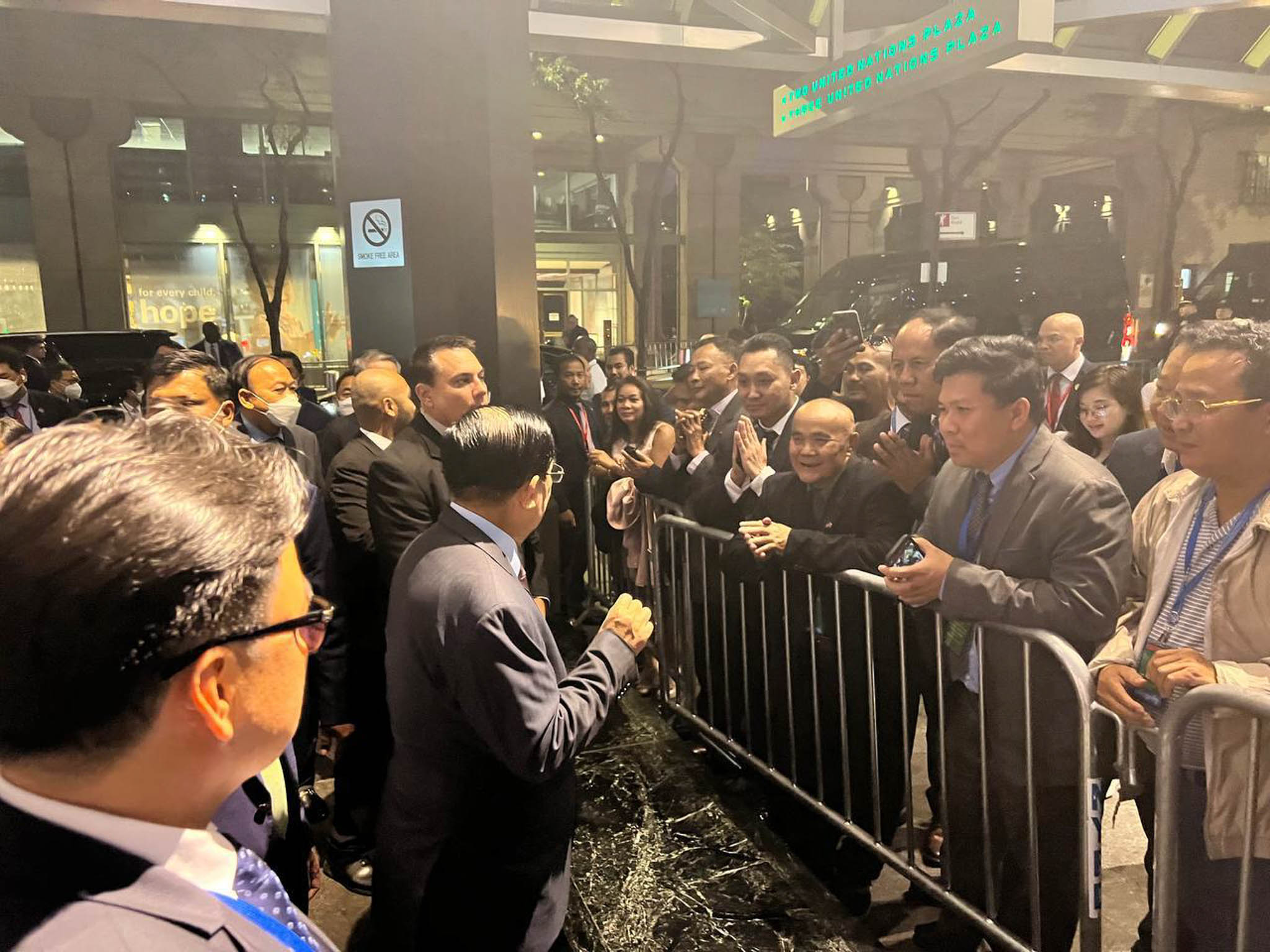 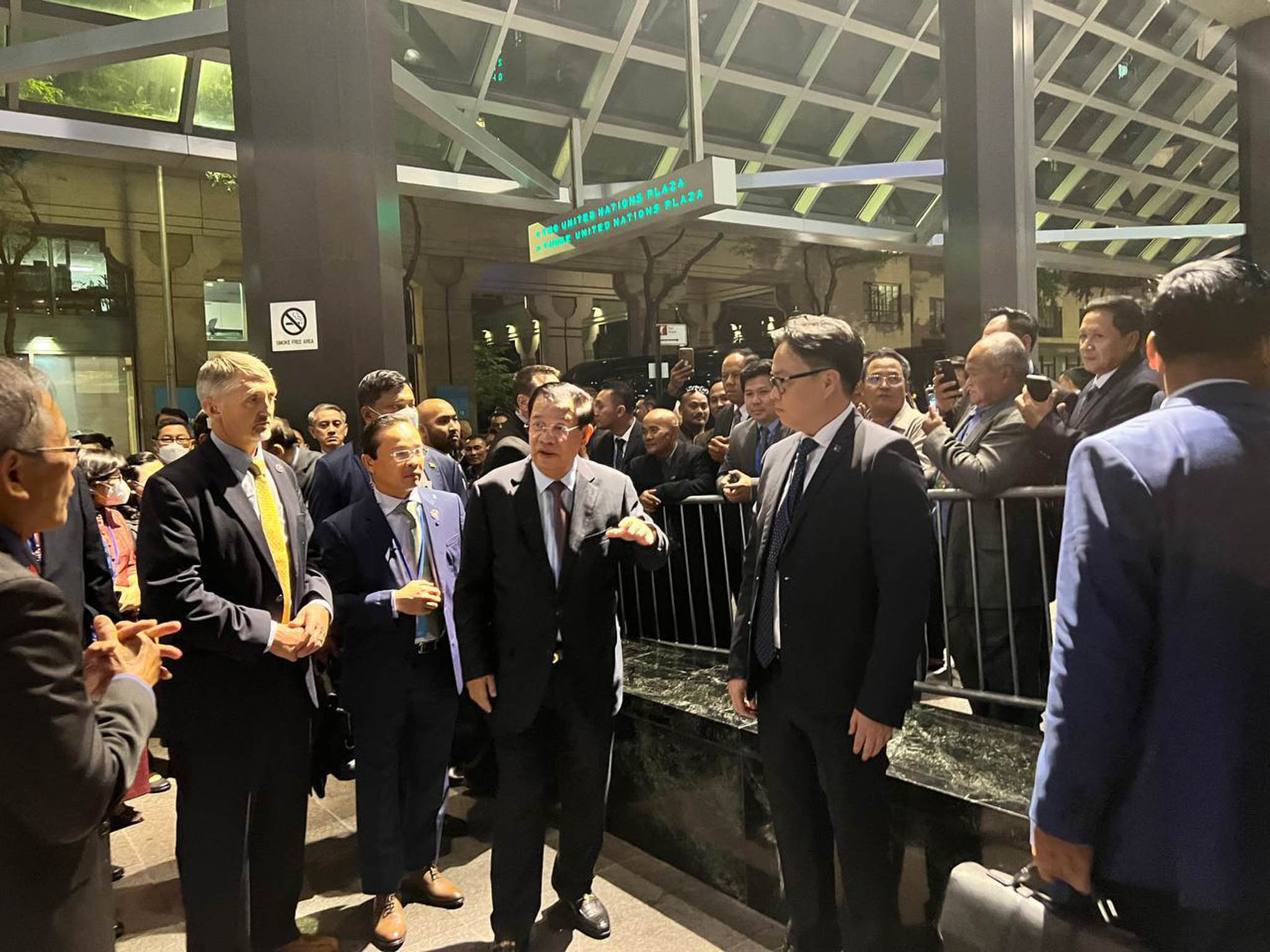 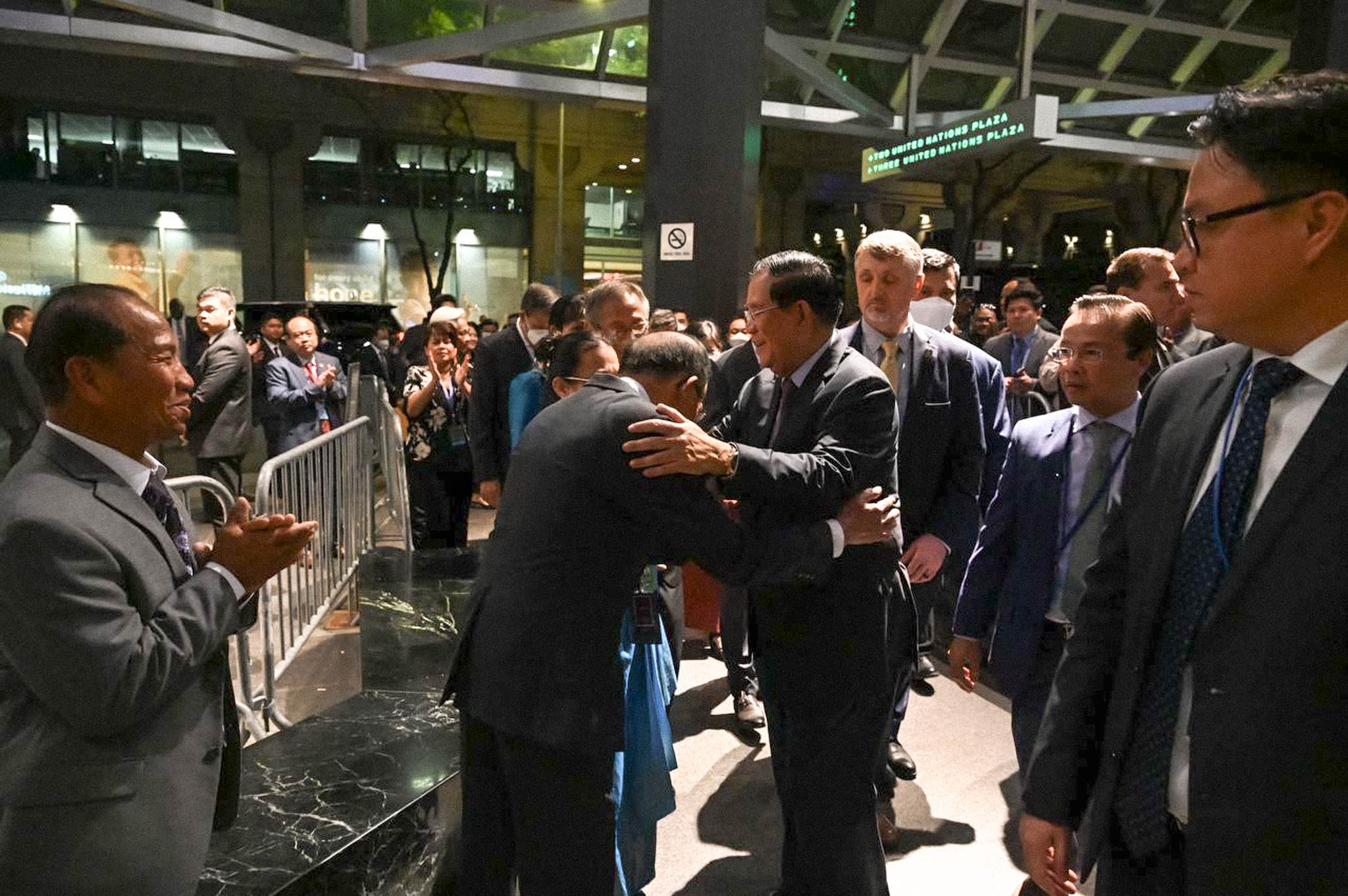 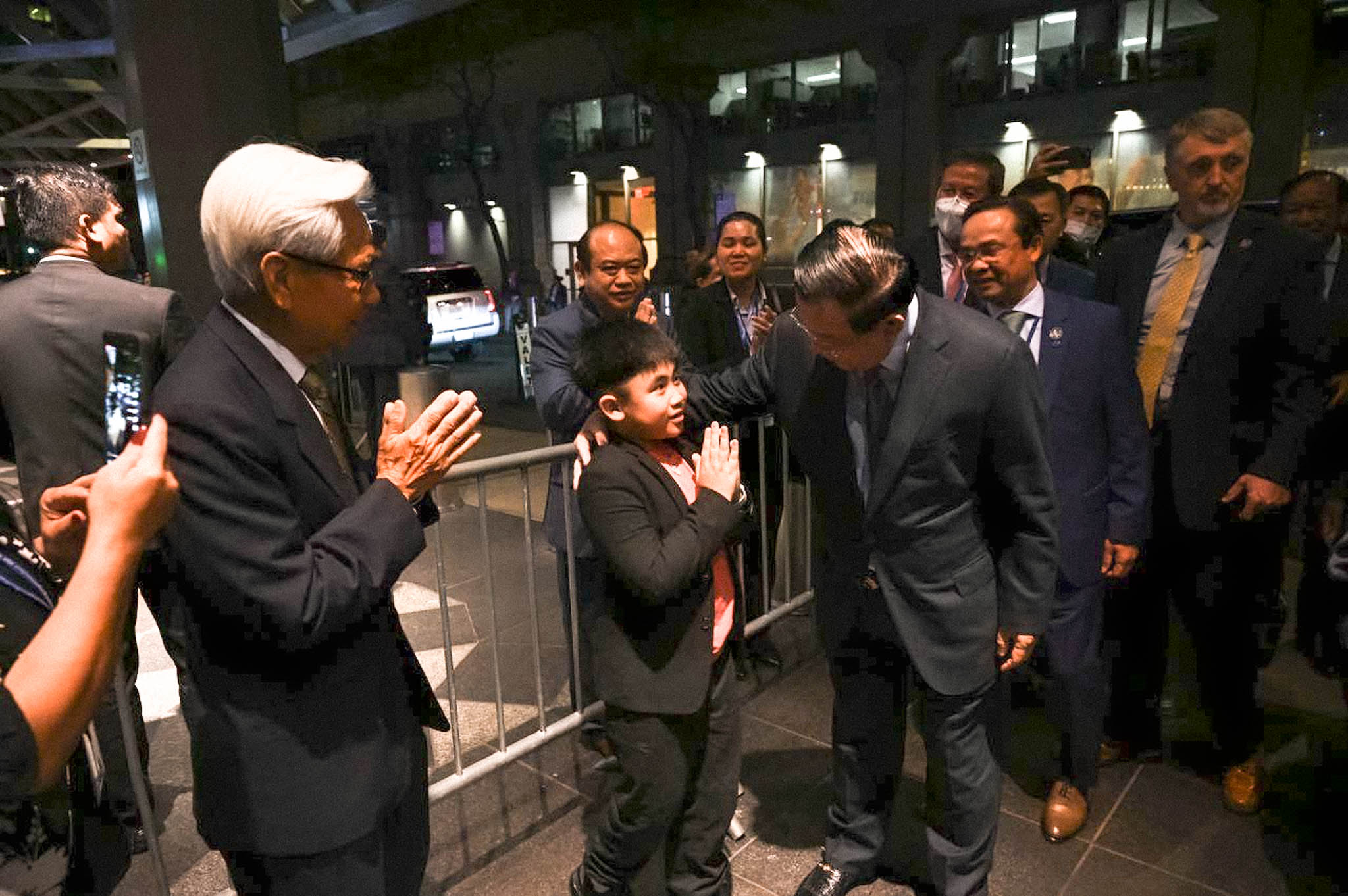 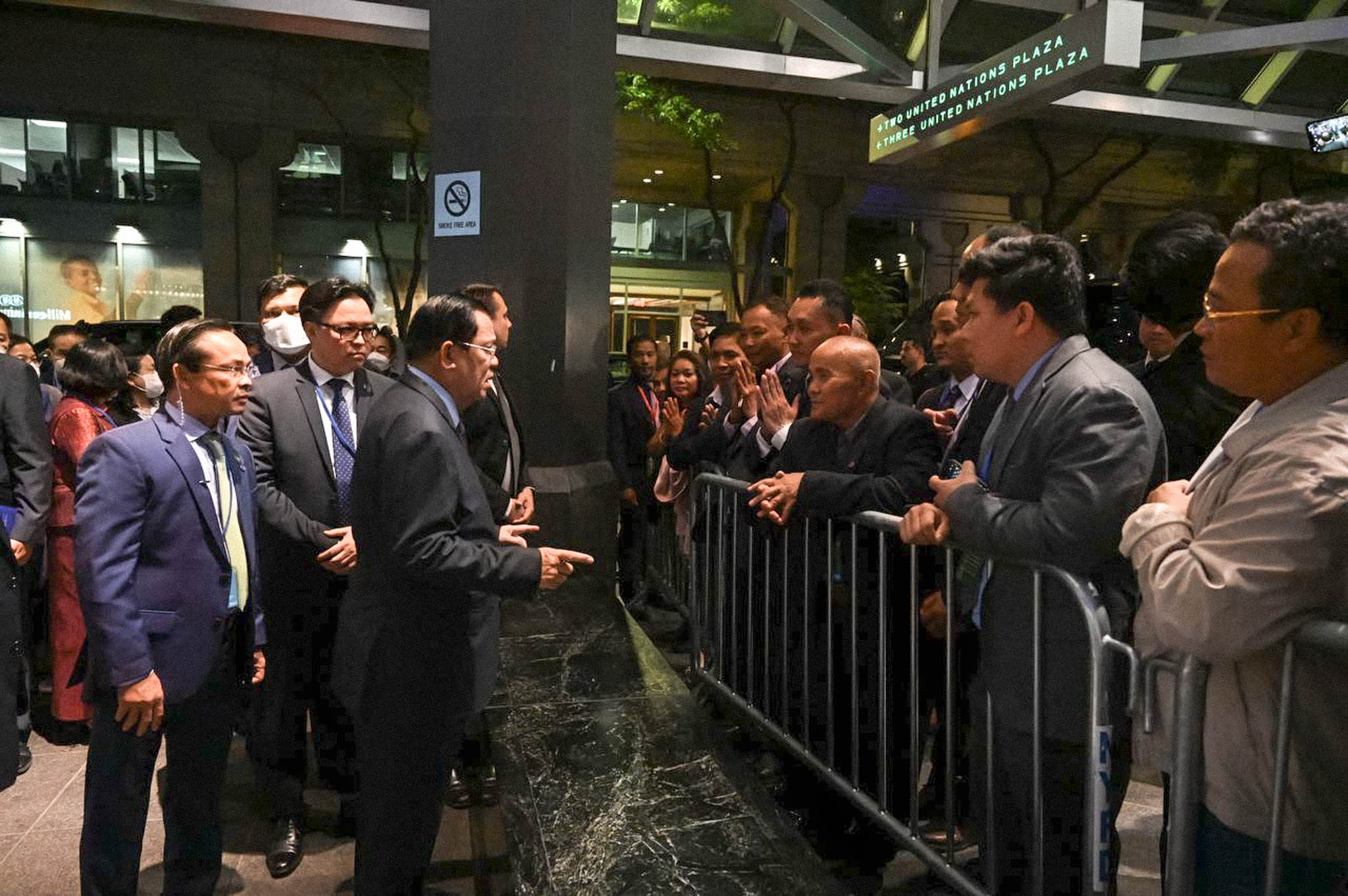 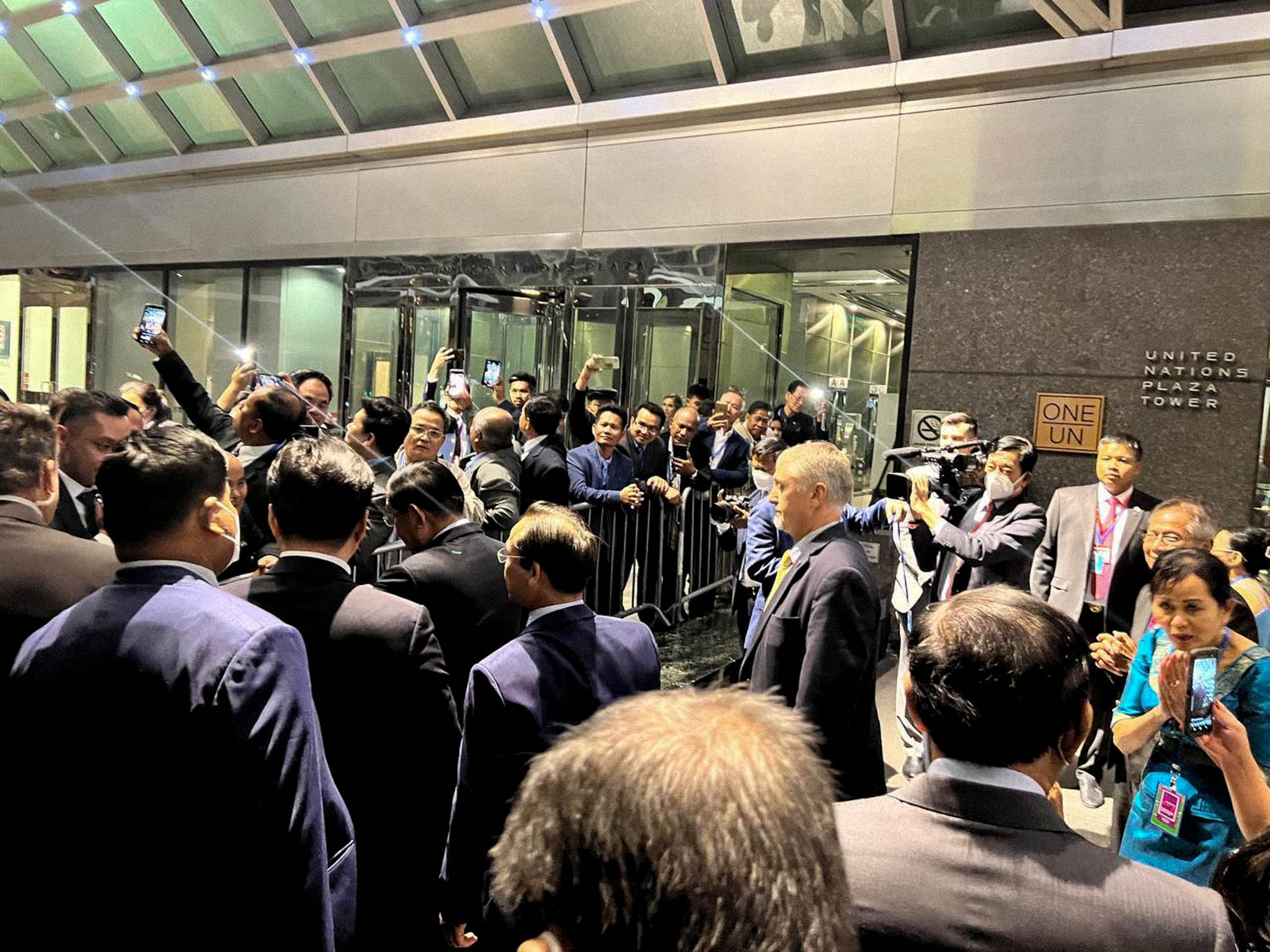 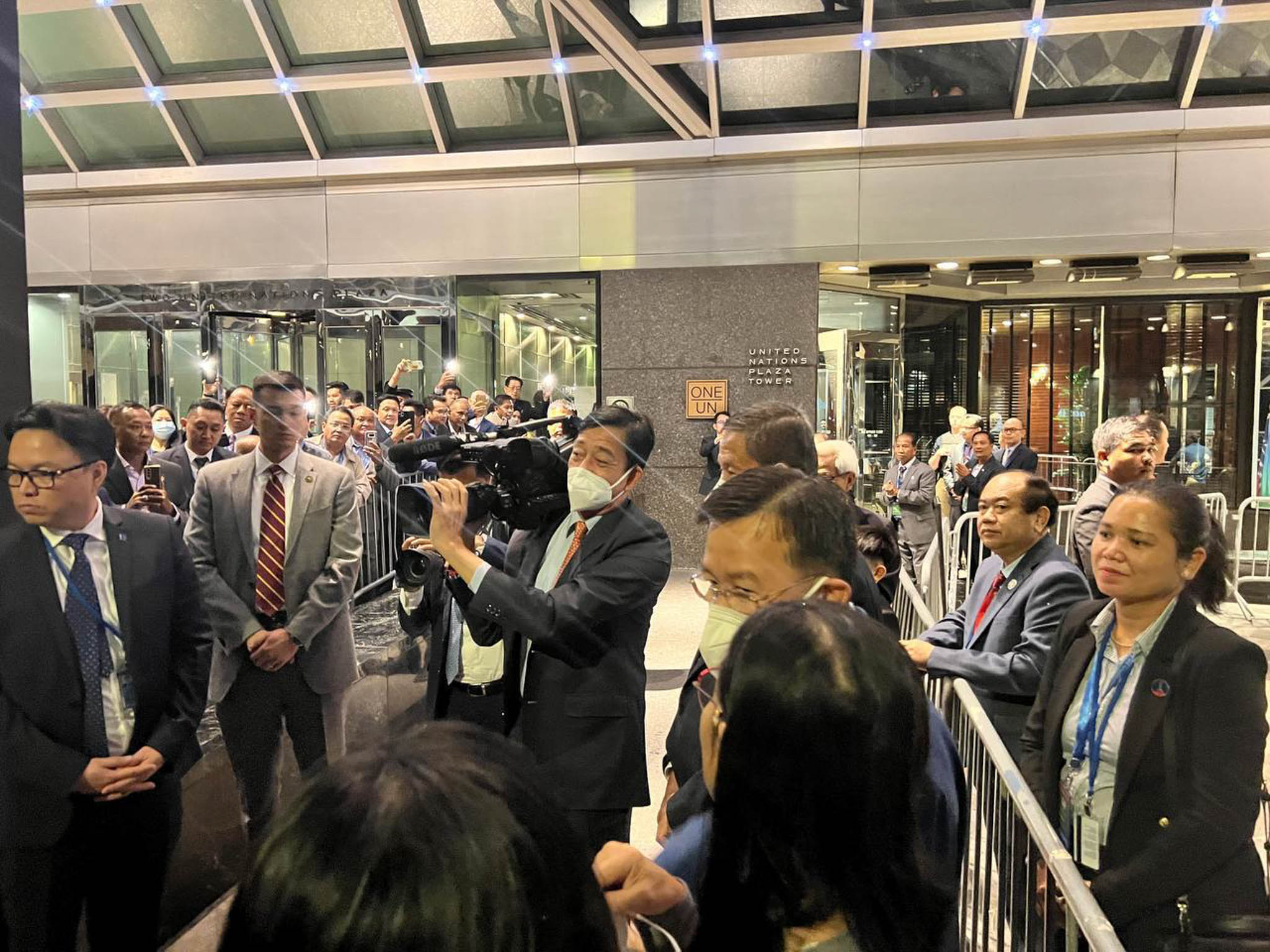