PHNOM PENH: At 9 am in the morning, the noise of people was constantly heard at Wat Tuol Shantivan in Phnom Penh. Many villagers brought their families, friends, and relatives to provide food for the monks, while some sold items such as incense, candles and lotus flowers.

The monks at the pagoda were busy blessing the Buddhists who brought them food, while others continued lighting incense, praying and counting the bowls.

Buddhists both young and old showed their joy in being able to come to the pagoda and celebrate this traditional Khmer festival once again, especially since last year’s Pchum Ben festivities were suspended due to the Covid-19 outbreak.

At that time, the Royal Government of Cambodia had issued a formal decision to suspend the Kanban and Pchum Ben festivals from the day of the 4th Ben to Pchum Ben day, in order to prevent the further spread of Covid-19 within the community. The government also ordered capital-provincial governors to coordinate and ensure that food and other necessary relics would be delivered to the monks at the pagodas in their respective jurisdiction.

Sitting with her back against the pagoda’s pillars, wearing a navy-blue skirt, an embroidered shirt and a white scarf, 78-year-old Morm Yom smiled and said she only had excitement in being able to celebrate Pchum Ben at the pagoda once again. 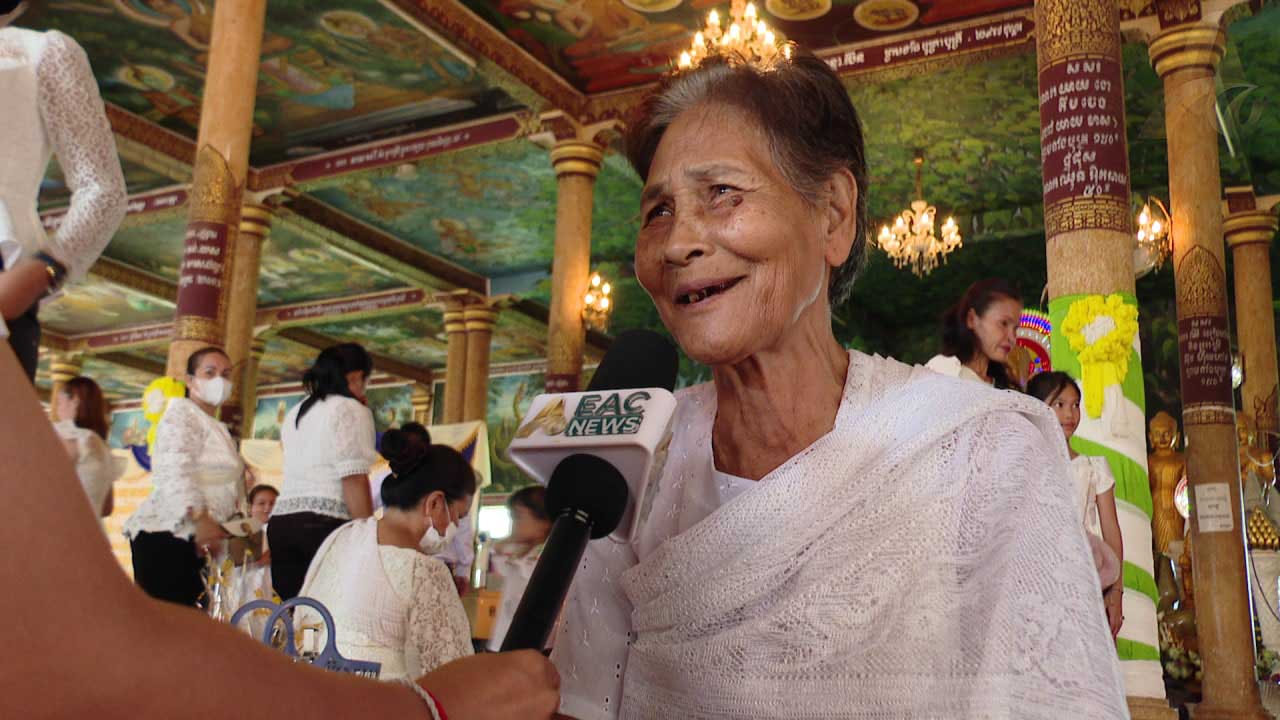 "I am happy and excited because in previous years, since the Covid-19 outbreak began, I did not come to the pagoda very often,” she said. “But this year the government has allowed festival celebrations and I am very excited and happy to see everyone coming to the pagodas.”

At the same time, she recalled that last year, due to the crisis caused by the pandemic, she was not able to take part in any religious ceremonies and was only able to give offerings to the monks in a hurry as visitors were unable to stay at the pagodas for long.

Voeun Vito, a 44-year-old Buddhist, also expressed his happiness in being able to honor his relatives who have passed away, especially since this year he was able to once again cook and provide food for the monks, unlike in 2021. 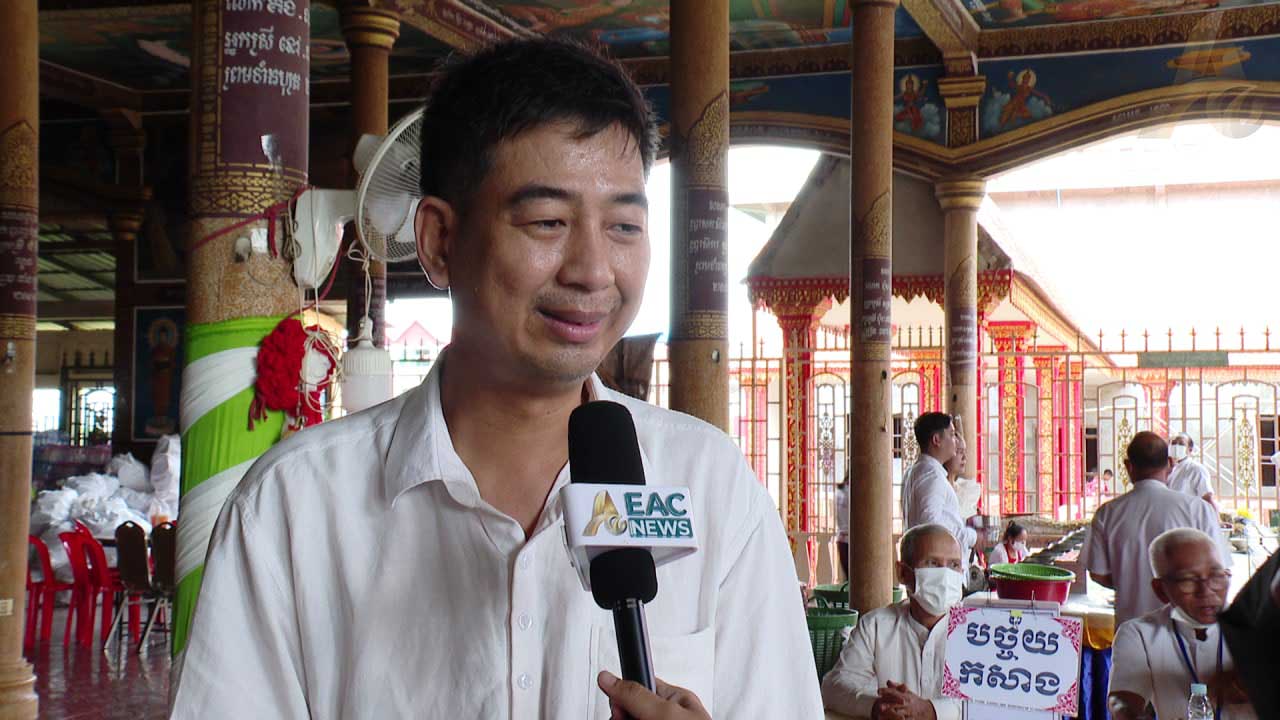 "During the 2021 Covid-19 outbreak, it was difficult for us because when we had to come [to the pagoda], we had to take turns," he said. “When taking turns, we could not stay for long and we were not able to greet [monks] or make offerings.”

He noticed that the pagodas, such as Wat Tuol Shantivan, are well organized this year, with security guards posted to maintain safety in the area, and good practice of safety measures implemented by the Ministry, such as regular hand washing and wearing masks.

"For me, the management of the pagoda is good because they have arranged for security, protection, and guidance!” he said. “It seems like people are protecting one another, both those in the pagoda and the visiting Buddhists.”

The 44-year-old said he hopes that all citizens will continue to participate in maintaining personal hygiene through compliance to the ‘3 Do’s and 3 Don’t’s,’ to ensure that the Pchum Ben celebrations and family reunions are full of joy and move away from Covid-19 altogether.

As stated in a special voice message sent by Prime Minister Hun Sen on 12 September, the premier called on the Ministry of Health and members of the public to continue implementing health and safety measures at pagodas and other locations that require high attention.

In particular, he said people must pay attention to preventing the spread of infection from their homes to pagodas and vice versa, even if it appears that there is currently a low-risk of Covid-19 in the country.

The Prime Minister said he hopes that the people will understand and take care to protect themselves by continuing to implement the measures set by the Ministry of Health, and to also remain well-organized at pagodas.
A committee member at Wat Tuol Shantivan, 79-year-old Ouk Santheuk, said he was very happy and grateful to the Royal Government for allowing the celebration of Kan Ben and Pchum Ben this year. However, he noted that special attention must be paid to the protection of public health, which includes the implementation of the ‘3 Do’s and 3 Don’t’s.’ 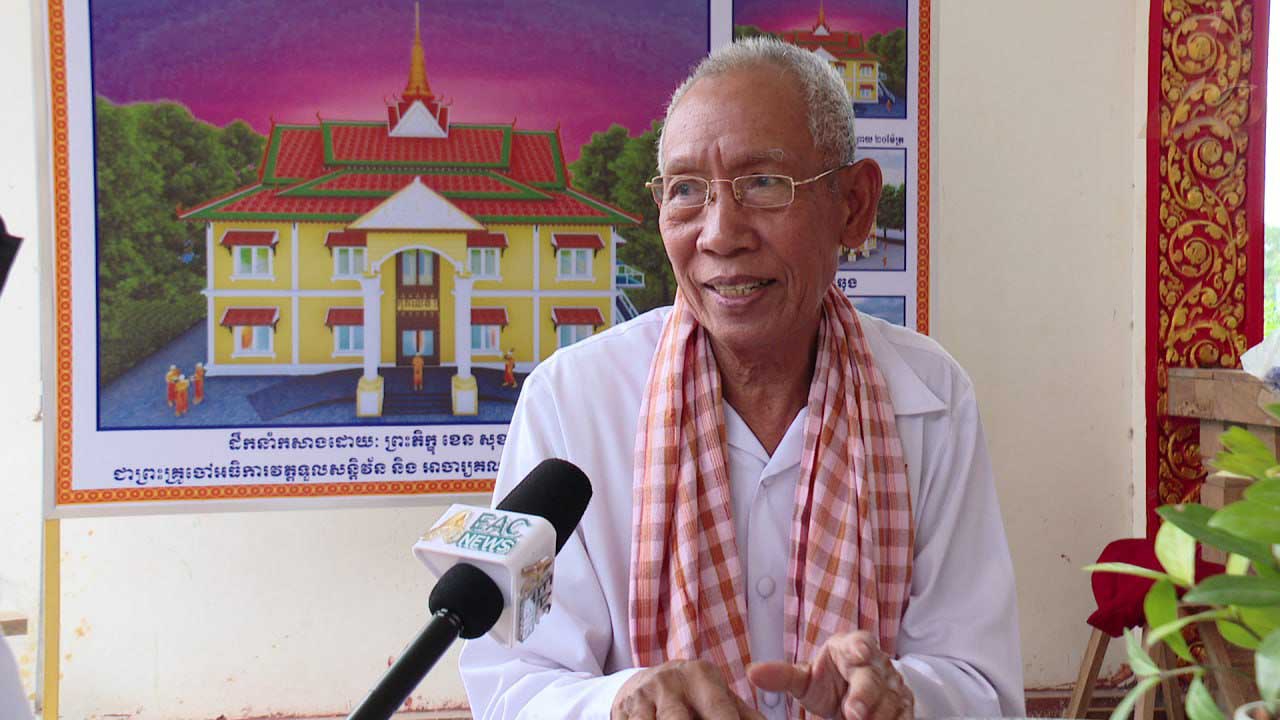 "I’m very happy with the policy of the Royal Government, which allows Buddhists and people across Cambodia to practice [our traditions] and attend festival duties at each pagoda,” he said.

The Wat Tuol Shantivan committee member said that the pagoda always receives regular visitors, whether during big religious ceremonies or on one of the four Buddhist holy days of the month. On the other hand, he said this year's Pchum Ben festival appears to have gathered more people than usual.

Most importantly, he said that no matter how happy he is that the festivities were allowed to go forth this year, he has not forgotten the instructions set by the Ministry of Health and the head of the Royal Government. He recalled how difficult the organization of Pchum Ben was in 2021 because the festival could not be celebrated regularly at pagodas and other locations due to the risk of infection.

"I would like to call on all citizens and devotees who come to the pagoda, please do not neglect Covid-19, because [this disease] has not forgotten us," he said.

Speaking at a public forum in Run Ta Ek village, Banteay Srei district, Siem Reap province on 13 September, Prime Minister Hun Sen said that it was through the successful Covid-19 vaccination strategy implemented by the Royal Government that the people are able to celebrate festivals like the Khmer New Year and Pchum Ben once more.

The Pchum Ben festival, also known as the ancestral ceremony, is a festival that dates back to ancient Khmer culture, celebrated to give merit and remember those relatives and ancestors who have died. This festival is held every day until the 15th day of the tenth month in the Khmer calendar, which takes place between September and October.

Every year Cambodians get three days off from work to attend to Pchum Ben festivities and prepare food to honor their relatives. 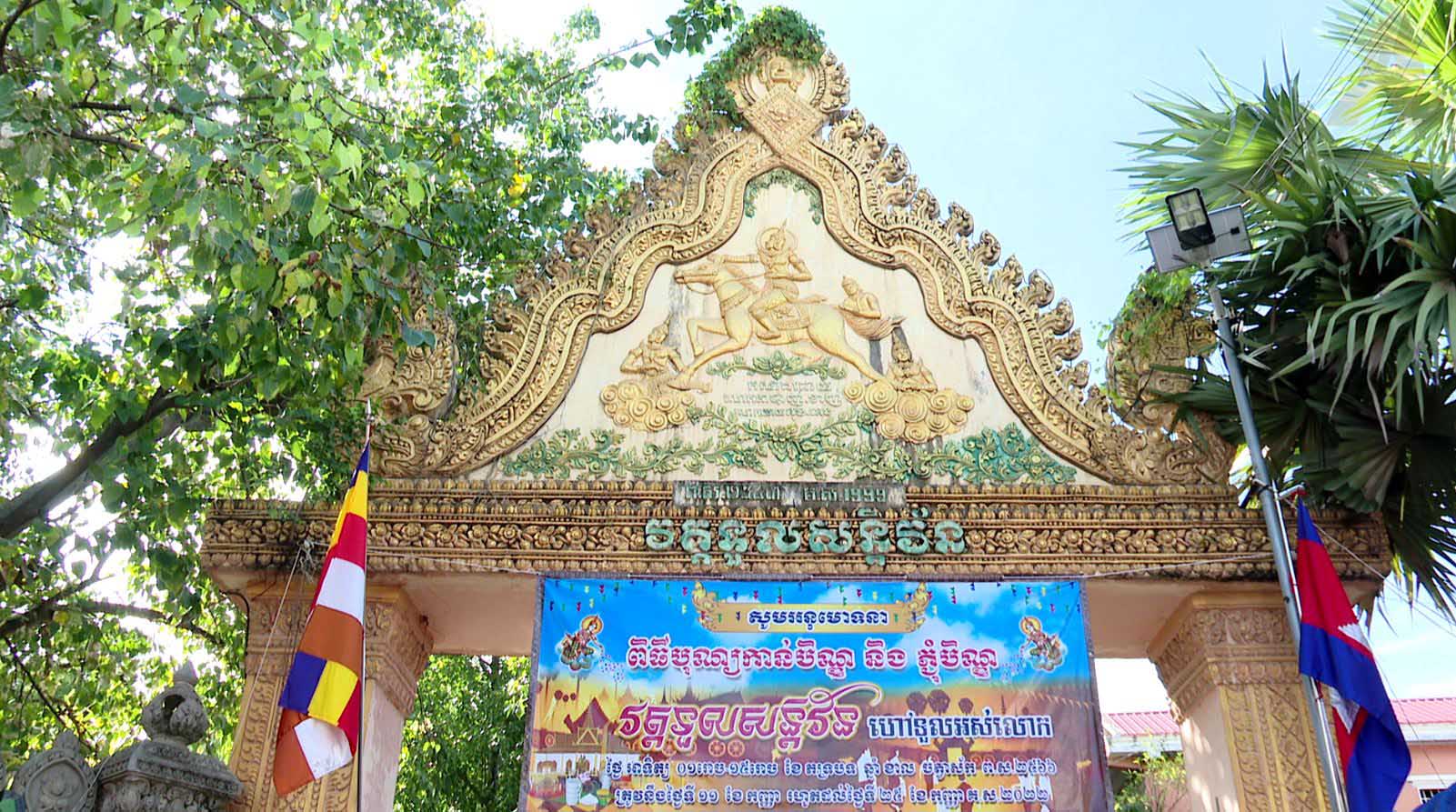 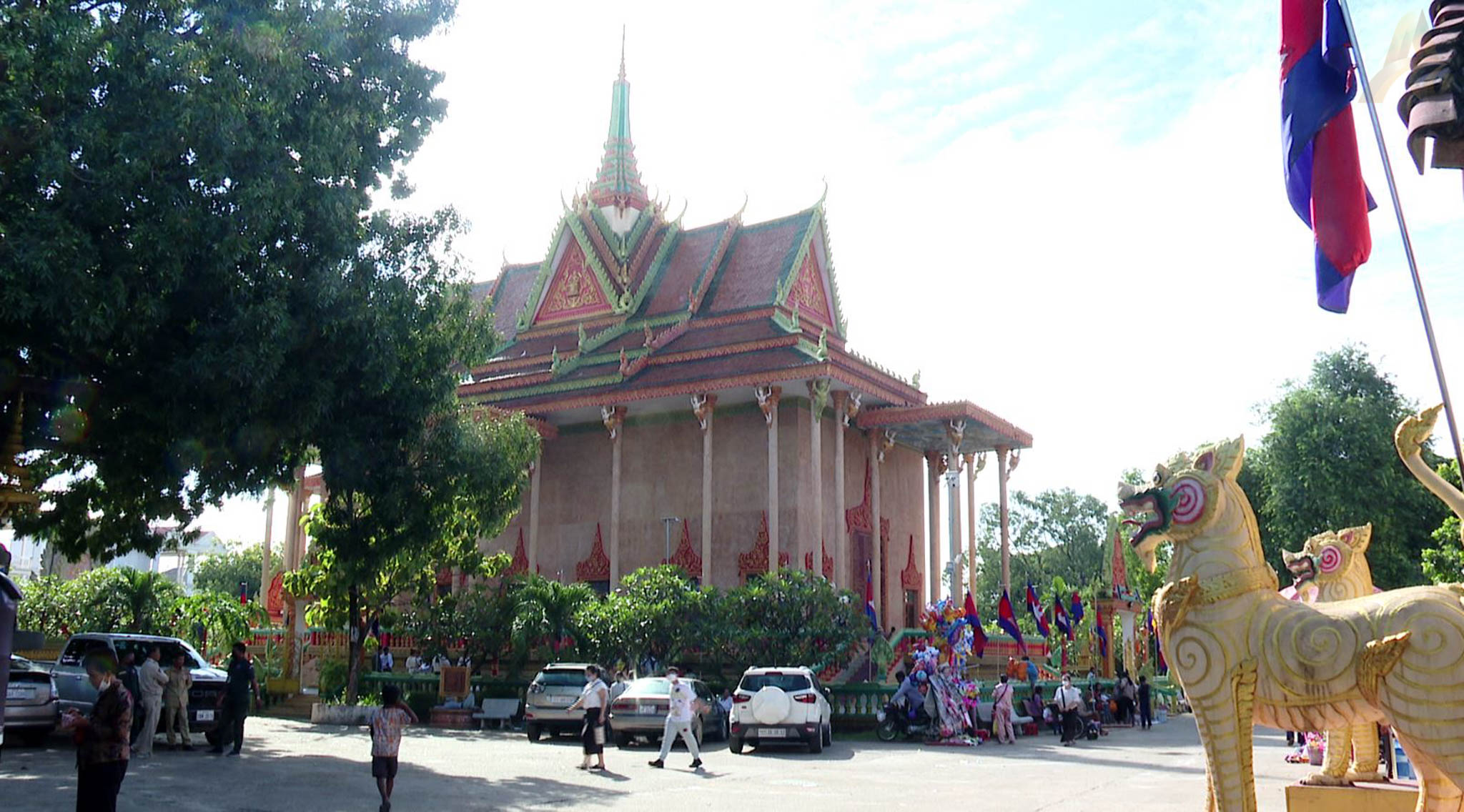 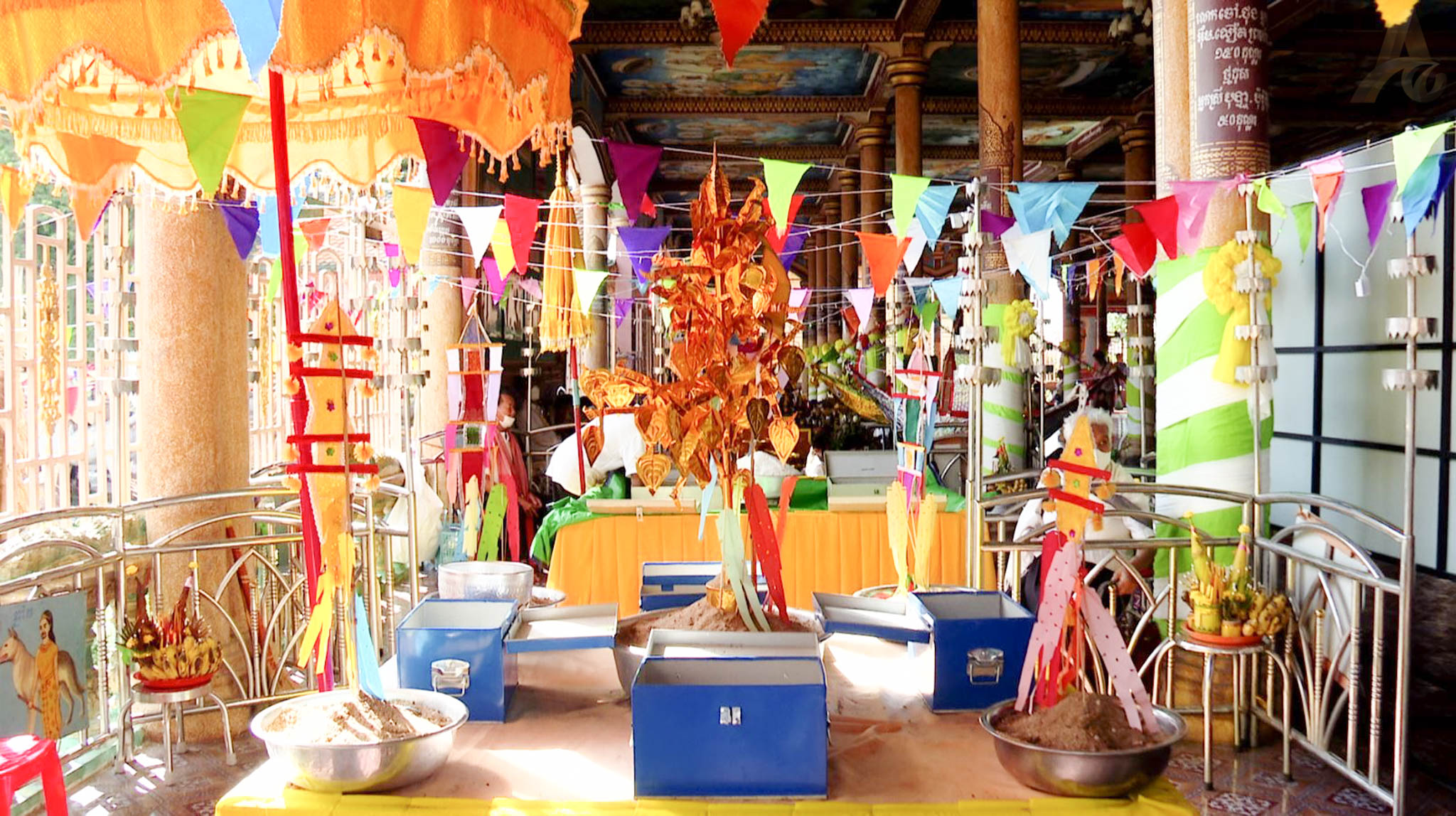 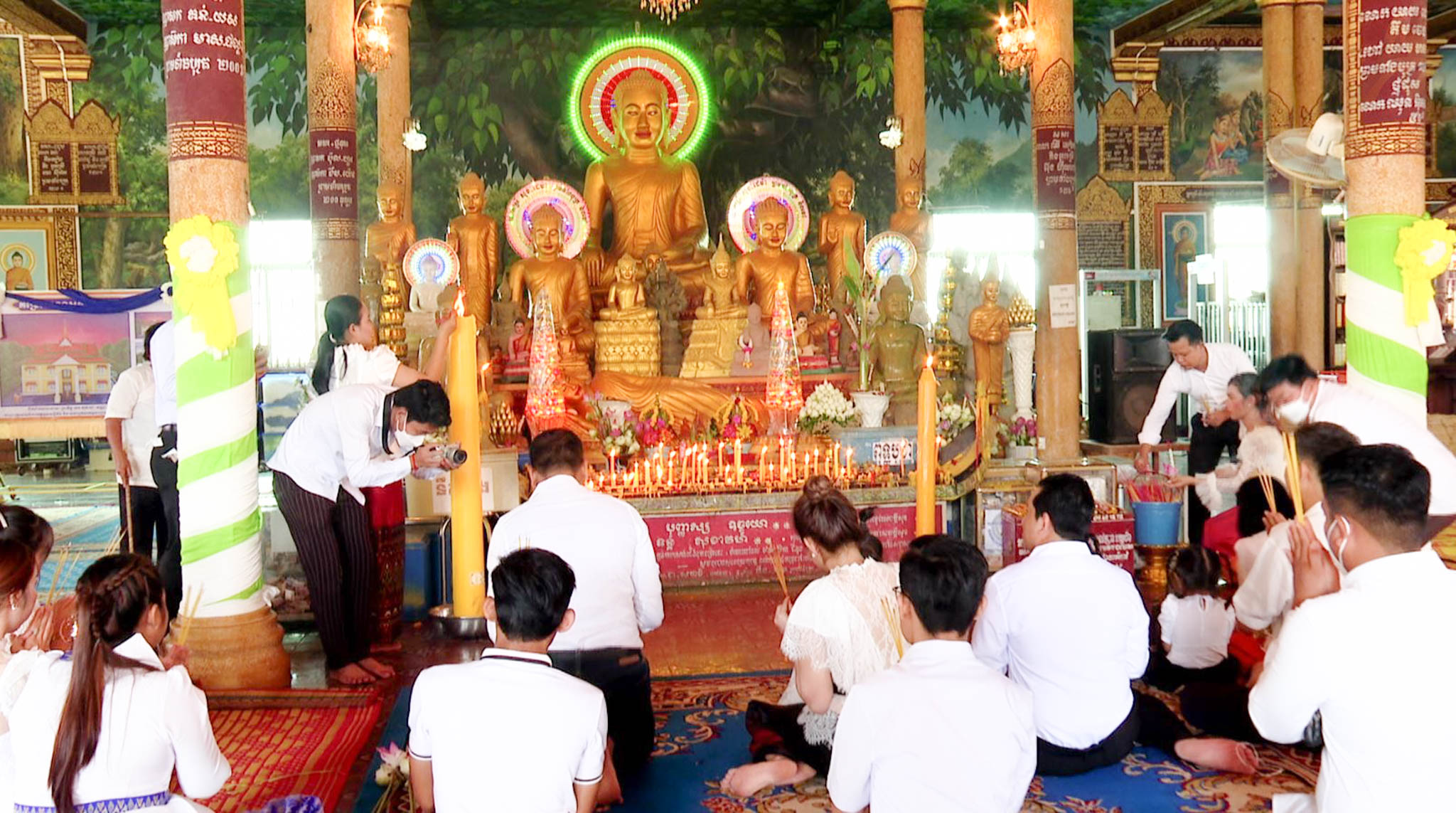 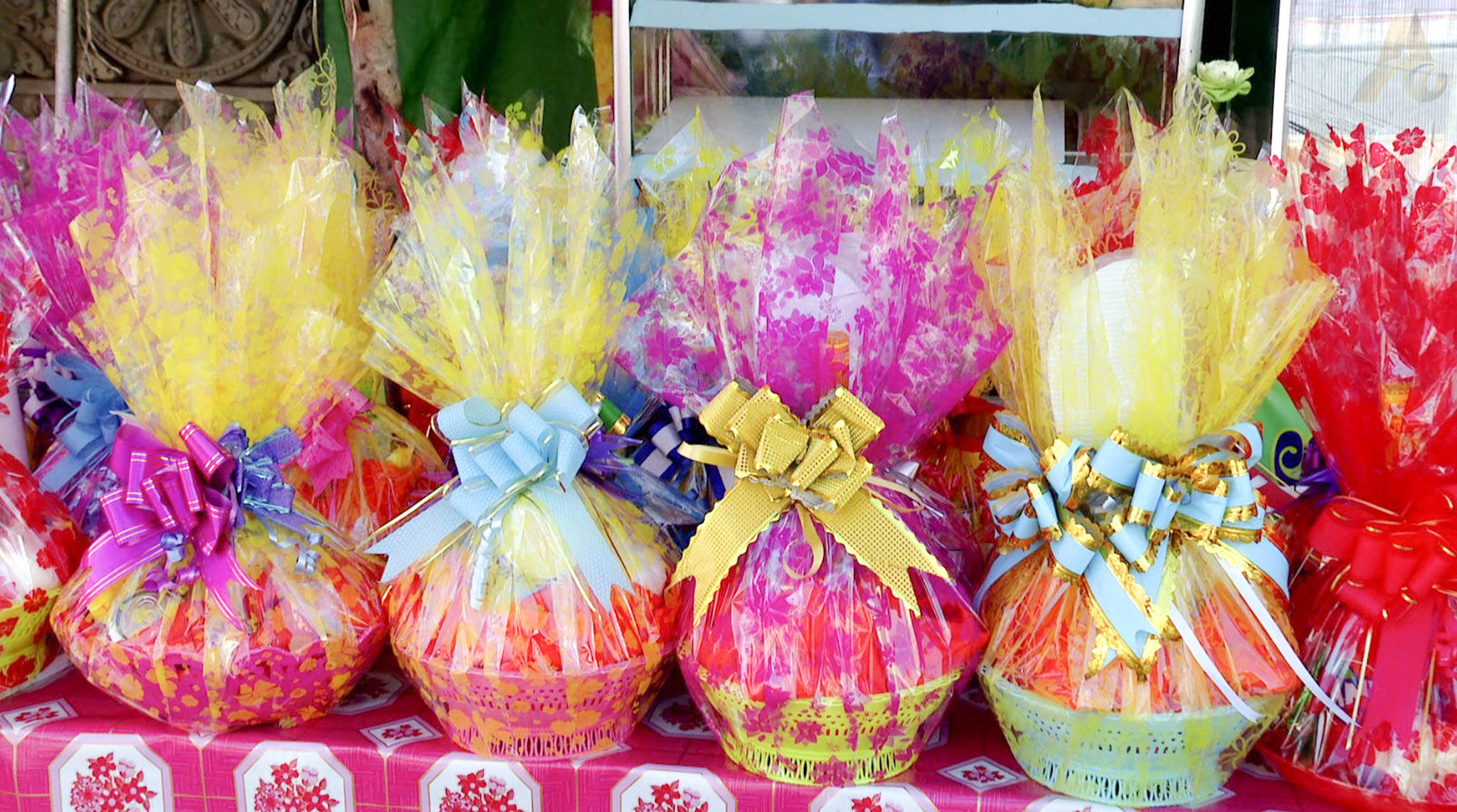 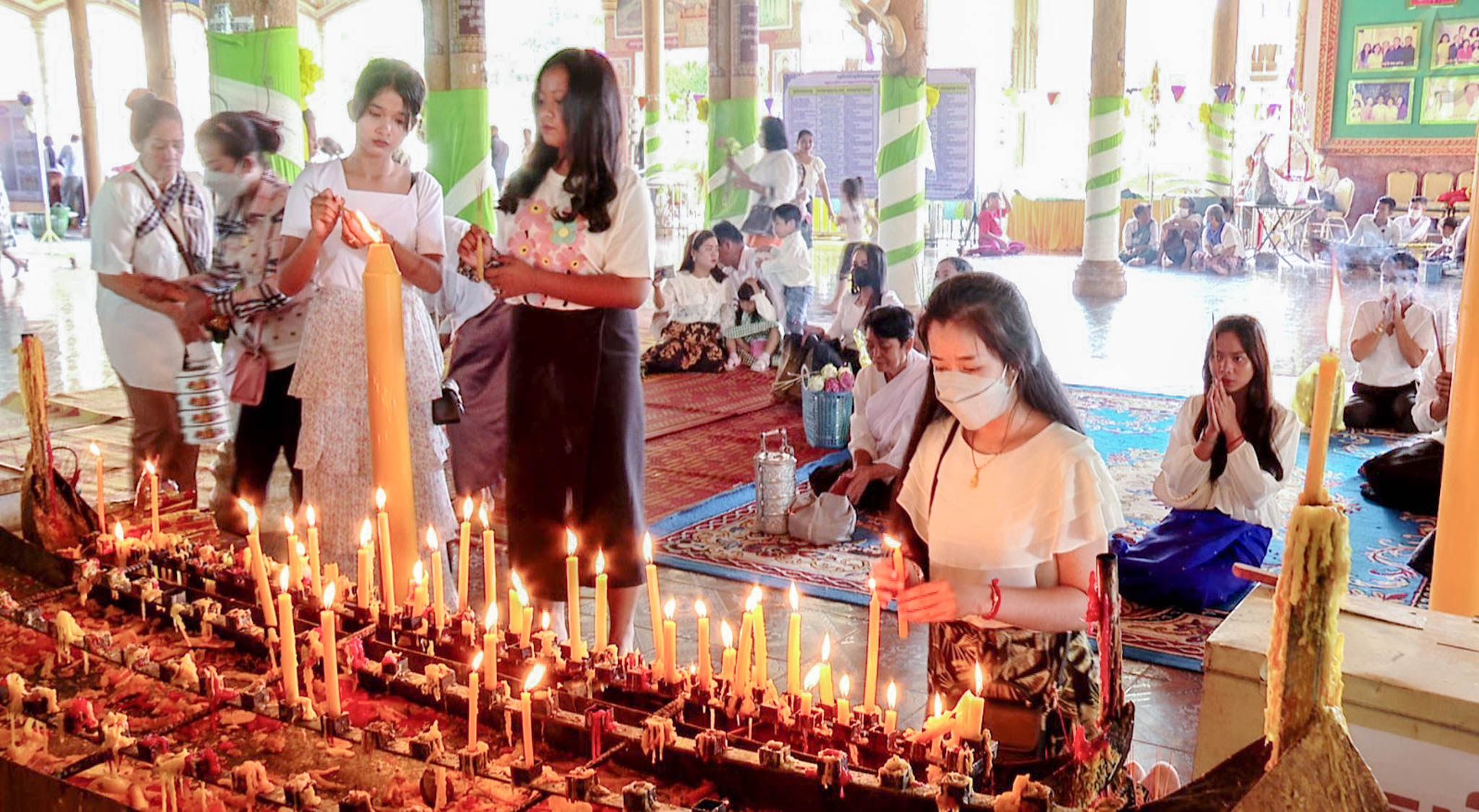 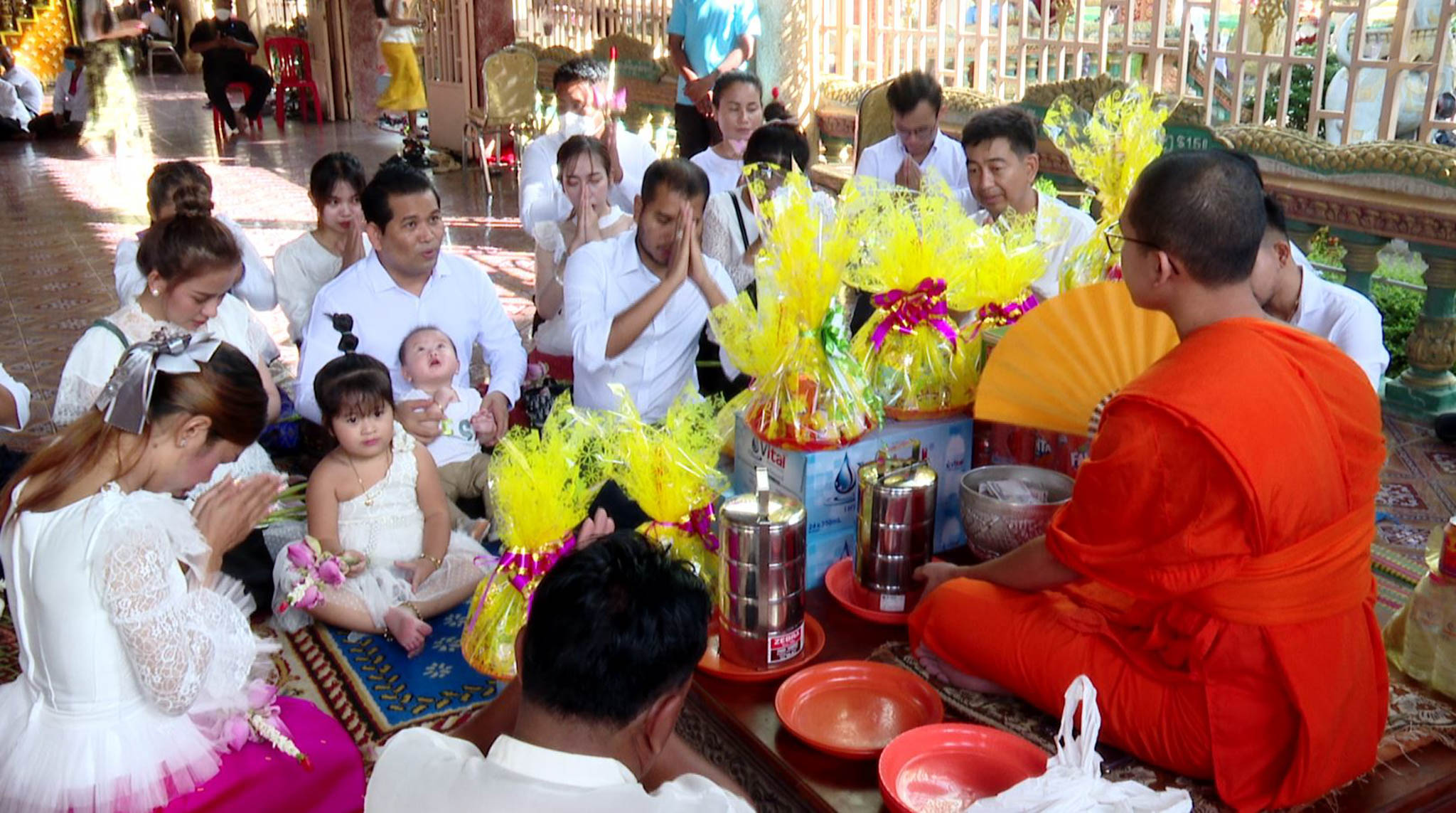 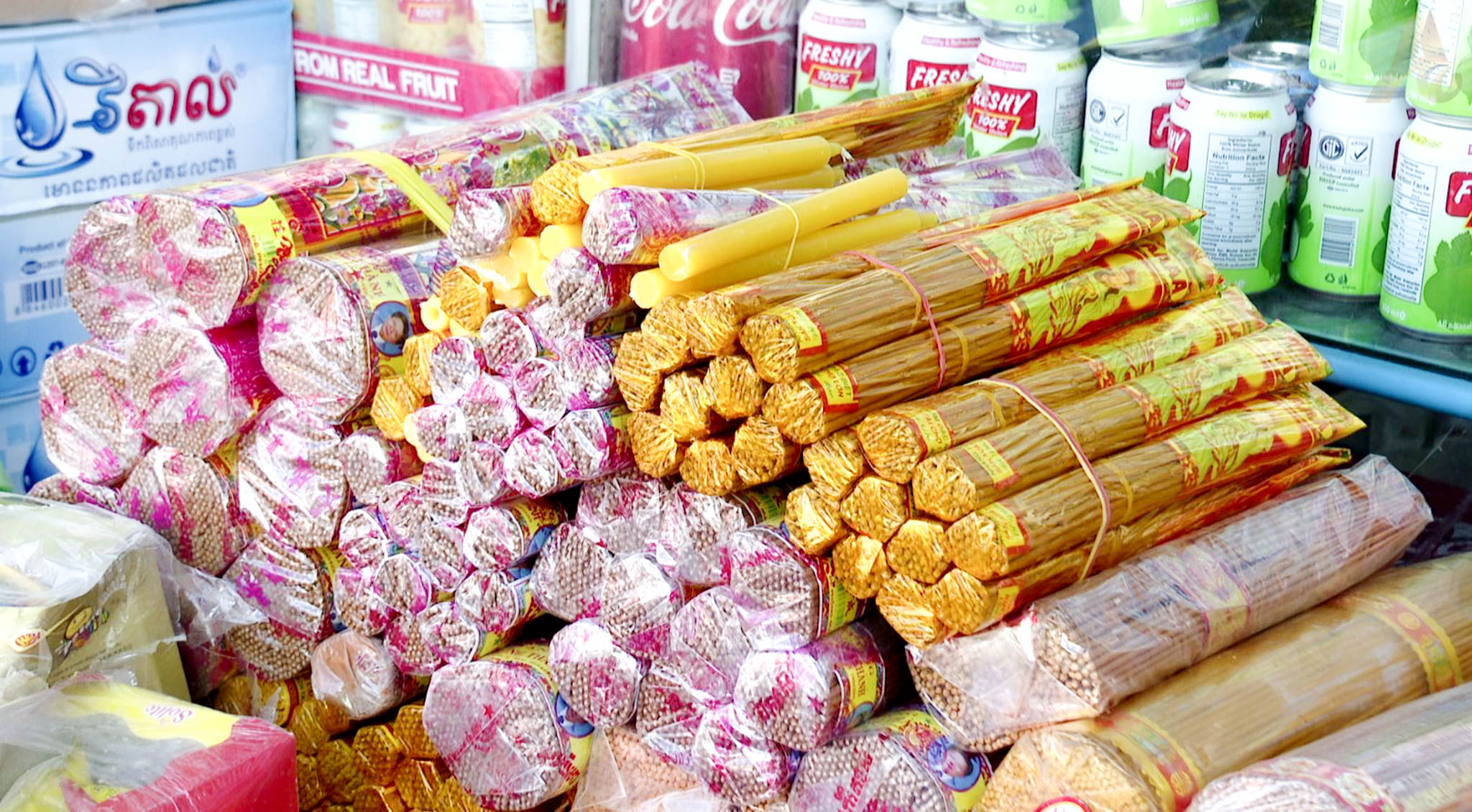