PHNOM PENH: The Royal Government of Cambodia and the United Nations have agreed that the Extraordinary Chambers will thereafter perform its residual functions for an initial period of three years, commencing in 2023.

During a meeting between Permanent DPM Binh Chin and UN Under-Secretary-General for Legal Affairs, Stephen Mathias, on Wednesday morning, 21 September, the two sides discussed the progress of the Extraordinary Chambers in the Courts of Cambodia (ECCC) and its approaching residual functions to come soon after the completion of all cases by the end of 2022.

"On behalf of the Royal Government and the United Nations, we express our continuing support for the important judicial work of the Extraordinary Chambers and for the residual work to be delivered thereafter," said DPM Binh Chin.

The DPM also reaffirmed the Royal Government's commitment to funding the Extraordinary Chambers and commended the long-standing support of the United Nations and all ECCC donors.

"The work of the ECCC cannot proceed without the assistance of the UN and its donors," he said.

UN Under-Secretary-General for Legal Affairs, Stephen Mathias, said that the work of the Extraordinary Chambers reflects the shared commitment of the Royal Government, the United Nations and the international community to ensure accountability for the crimes committed during the Khmer Rouge regime as well as give justice to the victims.

He also confirmed the United Nations' commitment to continue supporting the ECCC during its residual phase and stressed the importance of preserving the legacy of the ECCC for the people of Cambodia.

Tomorrow, on Thursday, 22 September, the Khmer Rouge Tribunal will announce the final verdict of Case 002/02 against former Khmer Rouge leader Khieu Samphan. The DPM and UN Under-Secretary-General will also attend the announcement of the final verdict, after which both parties will make their public statements at the ECCC compound.

It should be noted that since its establishment in 2006, the ECCC has received evidence from over 10,300 victims, rendered more than 1,345 decisions and contributed some three million pages to Cambodia's judicial and historical records. It is projected to complete its judicial caseload by the end of this year. 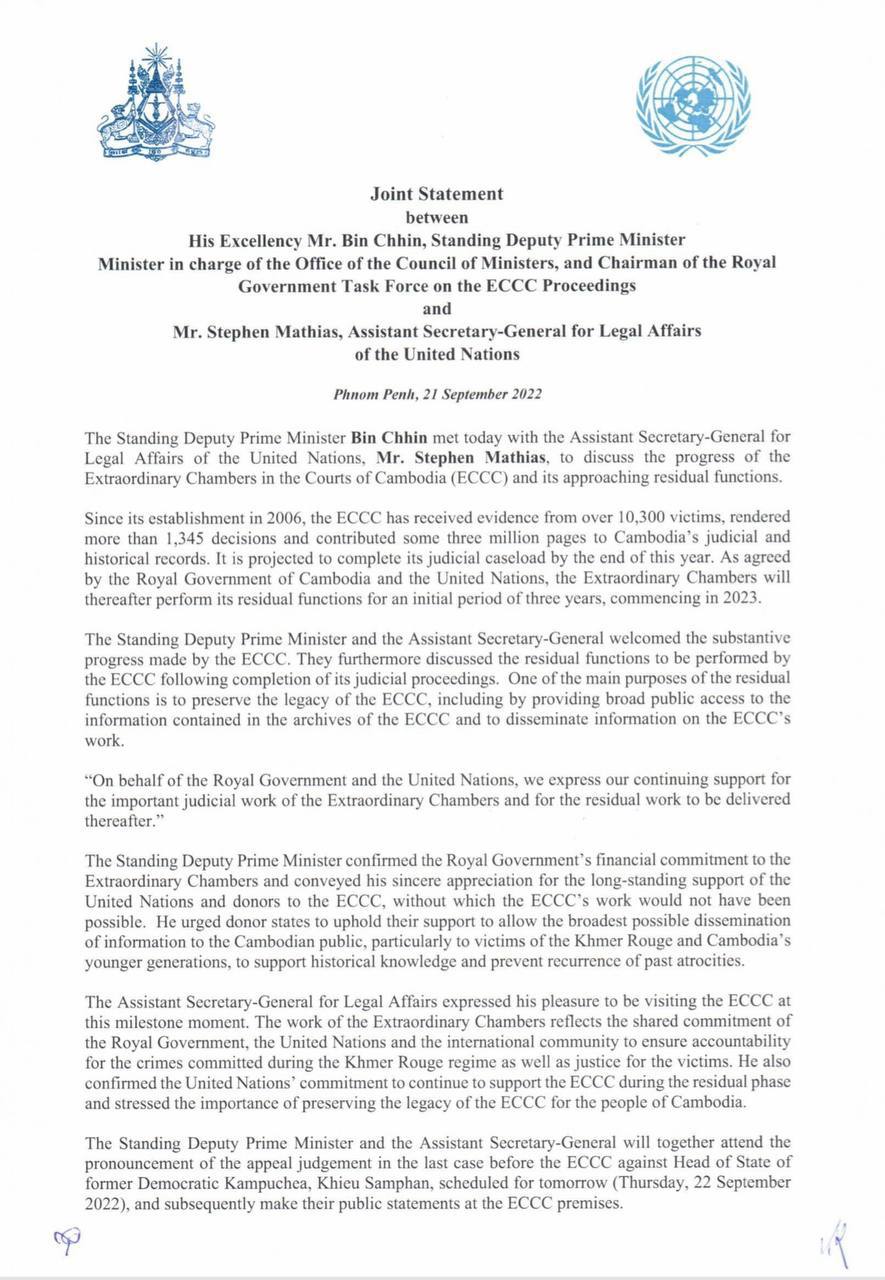 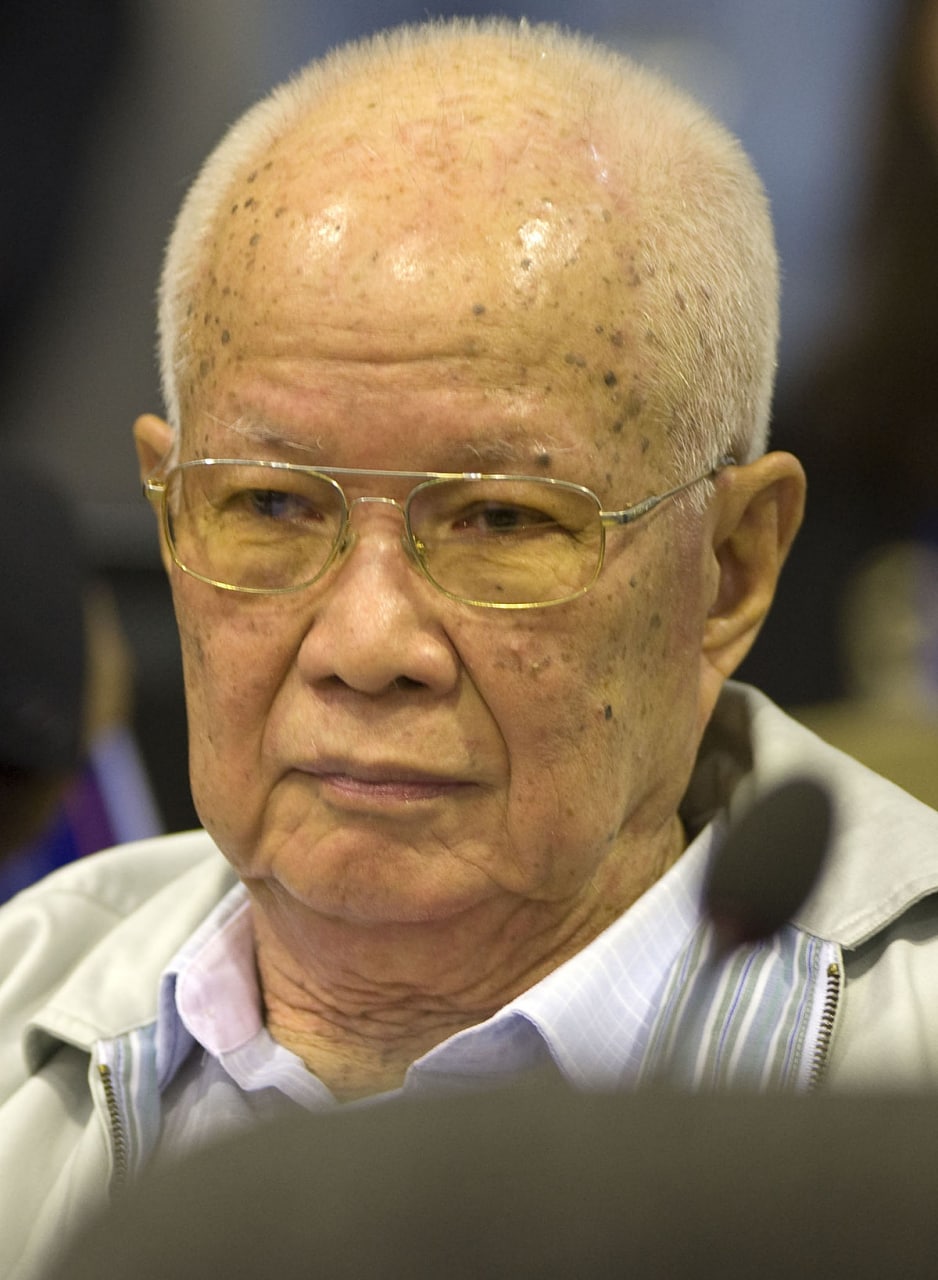