How Do Children Affect Society as a Whole?

PHNOM PENH: The venerable monk Choun Kakada has wanted to be a monk since he was a kid. He said he was fascinated by the monks chanting and would imitate the sound as best as he could. His father passed away when he was young, and as the eldest son in his family, he would help with chores around the house. He would also do some small chores for his neighbors and receive 100 to 300 riel in exchange.

At the age of 13, his grandmother encouraged him to follow his calling since his mother had remarried and found a new partner to help with the family’s financial burden. His family fully supported his choice into monkhood because it was what he had wanted for so long, and because it also meant he would be able to get a proper education.

He began his monkhood at the pagoda in his hometown in Trapeang Khna Village, Angtasom commune, Tram Kok district, Takeo province. When his mother passed away, his grandmother asked the late high monk and Prasat Neang Kmao pagoda to take him in.

The high monk at the time observed that the young venerable monk Kakada was talented in blessing ceremonies. As a result, he was often sent out to conduct the ceremonies by the pagoda. The more he went out, the better he got at doing them. He met monks from different provinces who invited him to join them for various events across different parts of Cambodia. One day, the Apsara TV channel approached him to do a daily broadcast 15-minute sermon, which was considered one of the best accolades to help promote Buddhism in the country. Later, the sermon broadcasts were extended to radio, with sponsors covering the pay for a half-hour slot, and the venerable monk paying for an additional half-hour by himself, in order to have enough funding to broadcast for a full hour block.

One day, the venerable monk Kakada spoke with his sermon partner, the venerable Phin Vuthy, about what benefit doing these sermons on TV and radio had for the country.

They discussed if it is possible to generate even more benefits, as they saw that there are many children in need, just like he and other monks were in their youth.

“We thought, there are a lot of children everywhere without mothers or fathers, with no support, no schools,” added the venerable monk. “When we looked at NGOs, they seemed to have enough and already knew how to be managed. We could not open an NGO. We were created from Buddhism, we became Buddhist monks, we are indebted to Buddhism, so to find a way to pay back to Buddhism, the only way was to return to the [pagoda] where there was so much generosity, learning, love, and opportunities.”

When he returned to the pagoda where he was brought up, he found that the high monk was over 100 years old.

“He was around 101 when I returned. And when I returned, he said it was about time. He was getting older and if he was not around, he did not know what would happen to the school. So I said he did not have to worry, and I told him to continue being the high monk as I would help to strengthen the school.”

The venerable monk decided to focus his work on reinvigorating the school for monks. Presently, the pagoda only offers up to an elementary school level for candidates who wish to join the monkhood.

“In this elementary school, we do not take in non-monks like NGOs just to sleep everywhere,” said the venerable monk Kakada. “For all the candidates we take in, they must learn the way of monkhood, be disciplined and know how to behave properly before becoming a monk and then enrolling into the school with the [rest of the] monks of different levels.”

The children who come to the pagoda are all of different ages but have similar backgrounds. The venerable monk said they tend to not know how to behave in a civilized manner and are largely unsocialized.

He further added, “Eating also has to be taught. At home where they are poor and suffering in their villages, when they see plenty of food on the table, they would struggle against each other to grab the food without discipline. So we need to teach them how to be disciplined, to eat after the monks and learn to behave like the monks instead of taking from each other. So [the teaching] here is not easy. We start from zero and continue until they learn… Even going to the bathroom, we need to teach them how to maintain cleanliness to live with each other harmoniously before they can become monks.”

The monk students are usually young, carefree and lack focus. The teachers keep a watchful eye to help correct them when needed. Some learn to behave while some do not. Misbehaved students, the venerable monk said, are served punishments.

“If the house monk is inactive, we have different sets of monks to keep observation of who is clean or unclean. When [the students] go to eat, the monks in their groups will accompany them to the cafeteria. There are a different set of monk officials who check their nails, see if they brought their spoons and plates, check if the monk bag they held is clean, and if they do not have it, we administer different punishments to remind them to bring their stuff and maintain cleanliness.”

The punishments include watering the flowers, sweeping the school, cleaning the area around the pagoda, sweeping around the temple, bringing water to the bathrooms and more.

The venerable monk goes on to say that it is important to understand that there are three types of human nature that need corresponding discipline.

He said, “There are three types of human discipline. The first one is to speak nicely and [have them] accept it. This is my go-to form of discipline that I have used for over 10 years since 2012. When we speak sweetly, [the children] listen and follow us. We encourage them to study hard, get smarter, be good children, be good monks.”

“Another scenario is speaking sweetly, but afterwards, nothing changes, and they do not listen. Then we need to have a tough talk. When sweet words do not work, give a tough talk–a warning. Another example is the punishments discussed earlier. Standing in front of the flag pole for two hours for example. Or if everyone else has come to class but they are still playing outside, then they can continue to play outside around the flag pole while everyone else studies. They keep walking until the class finishes, because they were not able to stay still. Sometimes we have to get tough with discipline like this.”

The pagoda’s school has become so successful that by 2015, it had a total of 500 students. However, this also meant that there was no longer enough space for all the students to sleep. The venerable monk Kakada had to seek space elsewhere, so he asked families who had their loved ones’ ashes in mausoleums around the pagoda if they would permit the monk-trainees to stay around the area.

“The monks stayed at all the mausoleums [around the pagoda]. A lot of them, we could not accept, but how could we not when the parents came crying to us. We cannot turn a blind eye. We used to not know [how to read] letters, we had a need for warmth, a thirst for education. So, when they come crying to us, we cannot be heartless, we have to accept. We asked if [the students] could stay at the mausoleums, and they said yes, so we set up beds for two monks at every mausoleum. We asked the families for their permission, so they stayed all around.”

During the Covid-19 pandemic, there was great hardship faced by everyone around the world, and Prasat Neang Kmao pagoda was no exception. With the support of many Buddhists who came and dropped off food and supplies for the monks, the pagoda was able to bounce back and continue its operations. The venerable monk Kakada said supporting the pagoda is important because the pagoda supports living beings, not stone sculptures. He said it is important to let the youth know that they have opportunities to better themselves even when they come from virtually nothing, like himself.

“A monk came from a family that had faced some of the most difficulties in society, where the village hardly recognized them, but what we can do to persevere is continue to study until the present day… Having no mother, no father, no one to sponsor us, but we continue to try with our own ability until we have Buddhists recognize us to give us opportunities to study. Therefore, all the [potential] monks in Cambodia who may think they have no chance, no opportunity to study, no parents, no family, asking themselves how they will be able to have a higher education. [I want to say it is] not difficult [if you] get into Buddhism. Buddhism helps manage people, support people, encourage people from poverty, to study in higher education and have an equivalent life to society outside. The [difference] is that one is out having fun, while the other is not. But the opportunity to study is the same. So, it is not difficult. Do not give up hope. Do not use this time to do drugs, or hang out with the wrong crowd and only think about not having parents.”

These are the children of Cambodia, the country’s future. It is important to make sure that they grow up well-educated and cared for, so that they can contribute to society instead of destroying it in the future.

“All these people are sons, not our sons, but Cambodians, our fellow compatriots,” said the venerable monk. “Why [should we care]? [Well,] if over 300 people every year did not come to become monks, for example, if they did not come to study and became uneducated men with no discipline, no manners, and a nuisance to society. If every year, over 300 boys become men with no discipline or education, in our society, even with just 300 there could be chaos, so there is no need for thousands [of the same].”

“Here, for over ten years, we have educated 3000 to 4000 people that had no sanctuary, that did not know their alphabet, that did not know right from wrong. Us monks at Prasat Neang Kmao pagoda have helped to educate, discipline, change the character and ways of living of these individuals until they become successful. Some have left Buddhism to join the government, some have become high monks to lead other monks in other pagodas.”

Most importantly, the venerable monk Kakada stressed, “We are the same Khmer people. We do not forget our own Khmer.”

This is how Cambodia can grow as a nation, when each person in society extends their help and support to others, especially those who are in need of a helping hand.

"The opinions expressed herein are those of the authors and do not necessarily reflect the policies or views of World Vision." 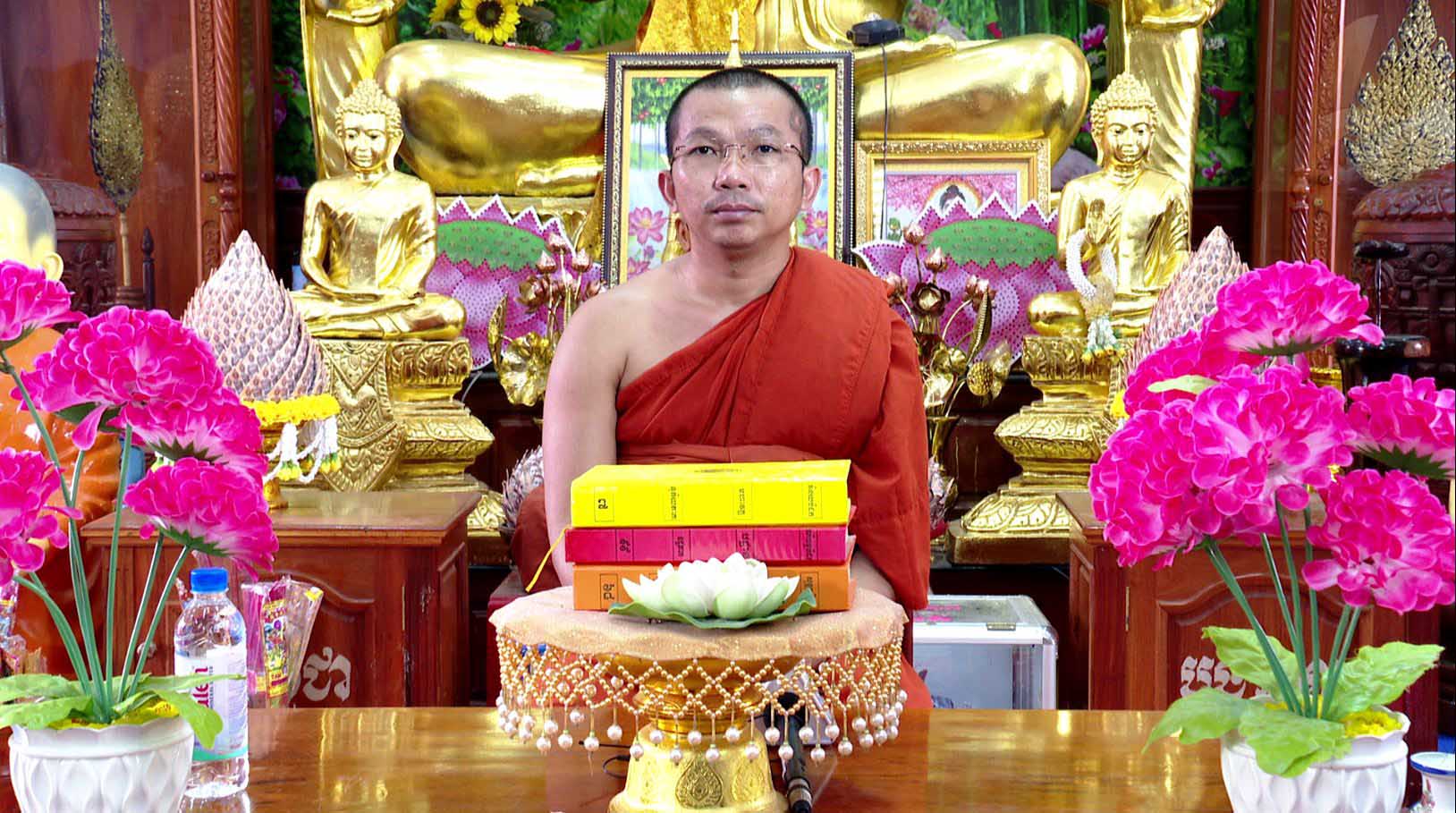 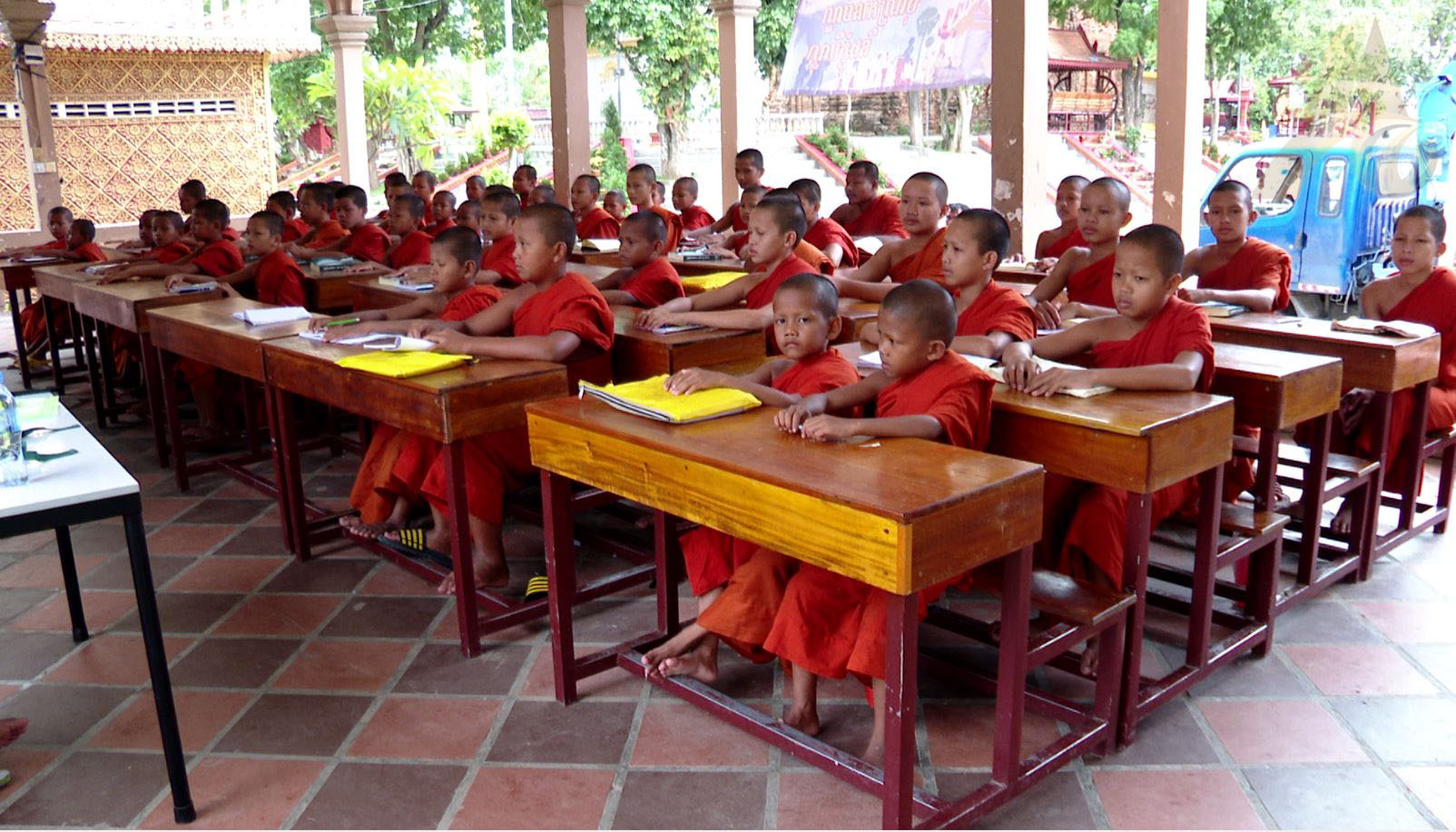 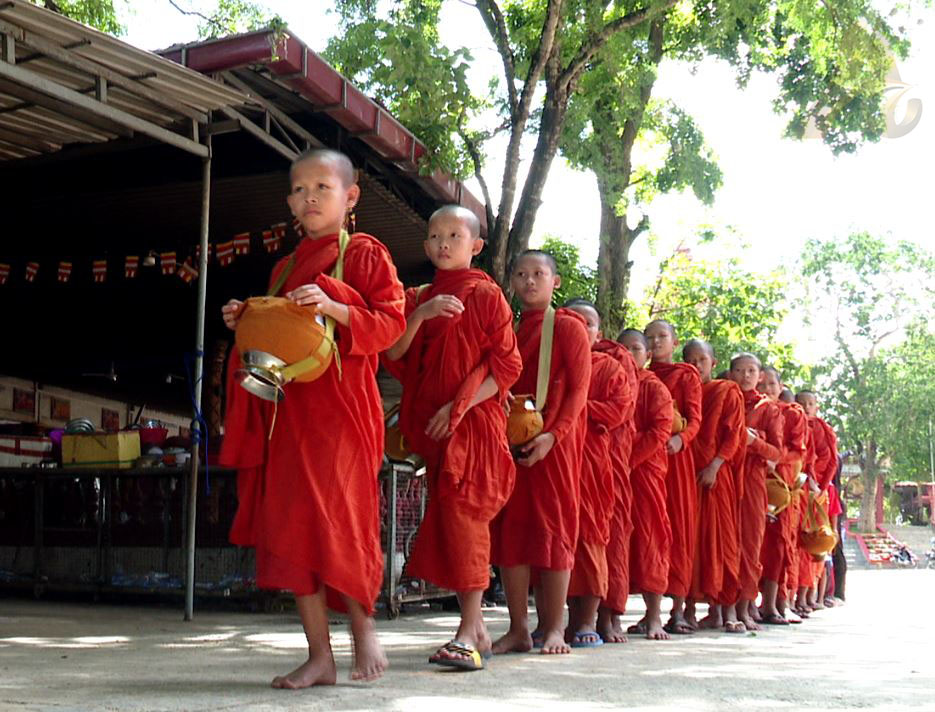 I would probably not have played any other Grand Slam with my injury, says Nadal after French win

What Game is the U.S Playing in Cambodia?