Prime Minister Hun Sen will attend the 77th Session of the General Debate of the UNGA under the theme “A watershed moment: transformative solutions to interlocking challenges” from 21-23 September 2022 in New York, where he will deliver Cambodia’s national statement. During his stay, the Prime Minister will also hold a series of meetings with the Secretary-General of the United Nations, Antonio Guterres, the President of the European Council, Charles Michel, the Prime Minister of the People’s Republic of Bangladesh, Sheikh Hasina, and the President of the Democratic Republic of Timor-Leste, Dr. José Manuel Ramos Horta.

DPM Prak Sokhonn will also attend the Informal ASEAN Foreign Ministers’ Meeting (IAMM) on the sidelines of the 77th UNGA, and will hold several meetings with Foreign Ministers of some countries and a representative of the development institution.

Prime Minister Hun Sen will then embark on an official visit to the Republic of Cuba, at the invitation of the Cuban President, Miguel Díaz-Canel Bermudez, from 23-25 September. The Prime Minister will hold a bilateral meeting with President Bermudez and witness the signing of five important documents. He will also meet with the President of National Assembly of People’s Power of Cuba, Esteban Lazo Hernández, and the former President of Cuba, Raúl Castro.

Finally, the Prime Minister will depart to Tokyo to attend the State Funeral for the late Shinzo Abe on 27 September. The press release notes that Prime Minister Shinzo Abe was a long-time good friend of Prime Minister Hun Sen and Cambodia. During his premiership, Abe worked closely with the Cambodian government in enhancing the bilateral relations between Cambodia and Japan, including the elevation of the bilateral cooperation to a Strategic Partnership in 2013.

Prime Minister Hun Sen is expected to have several other meetings with his foreign counterparts while in Japan. 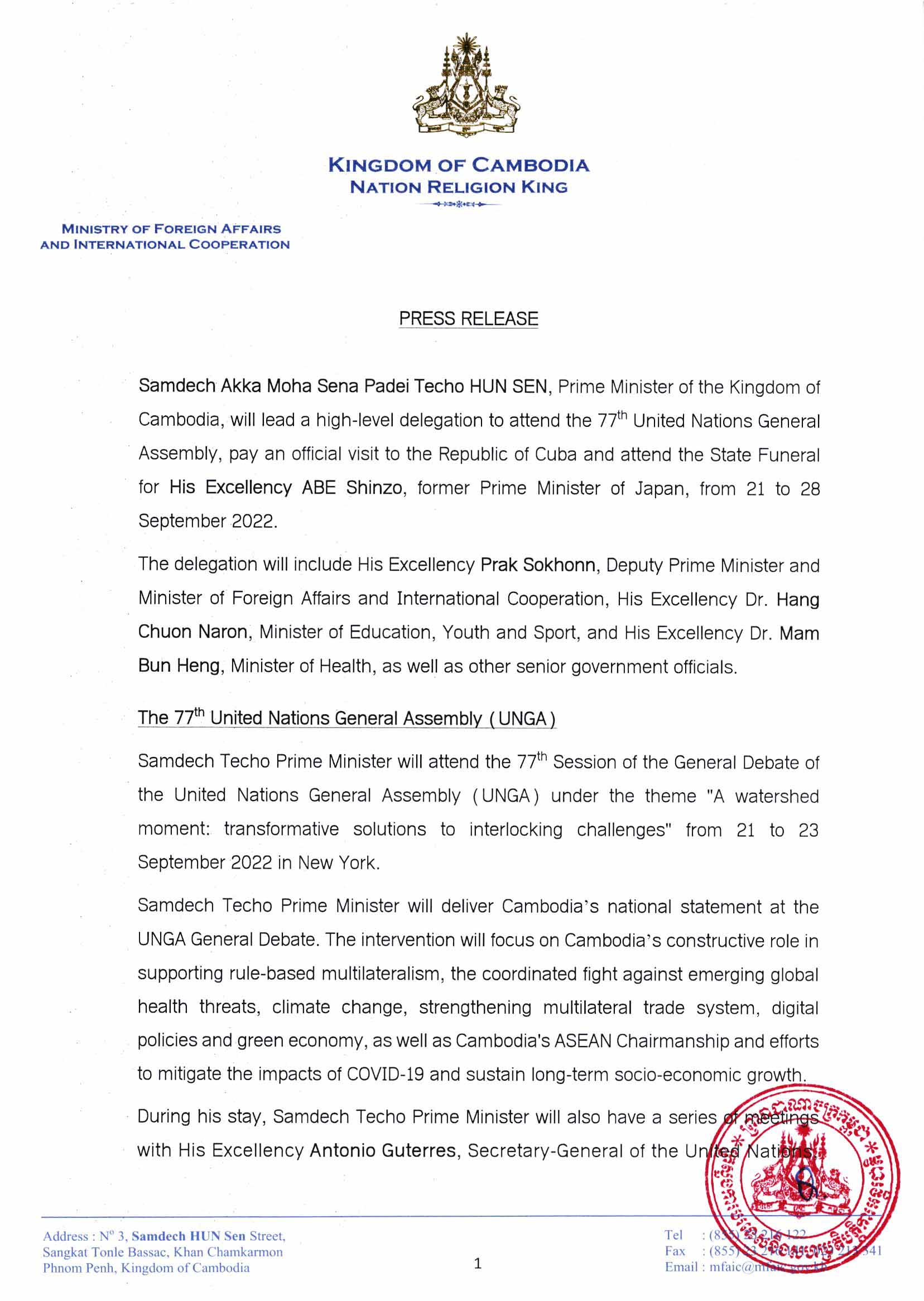 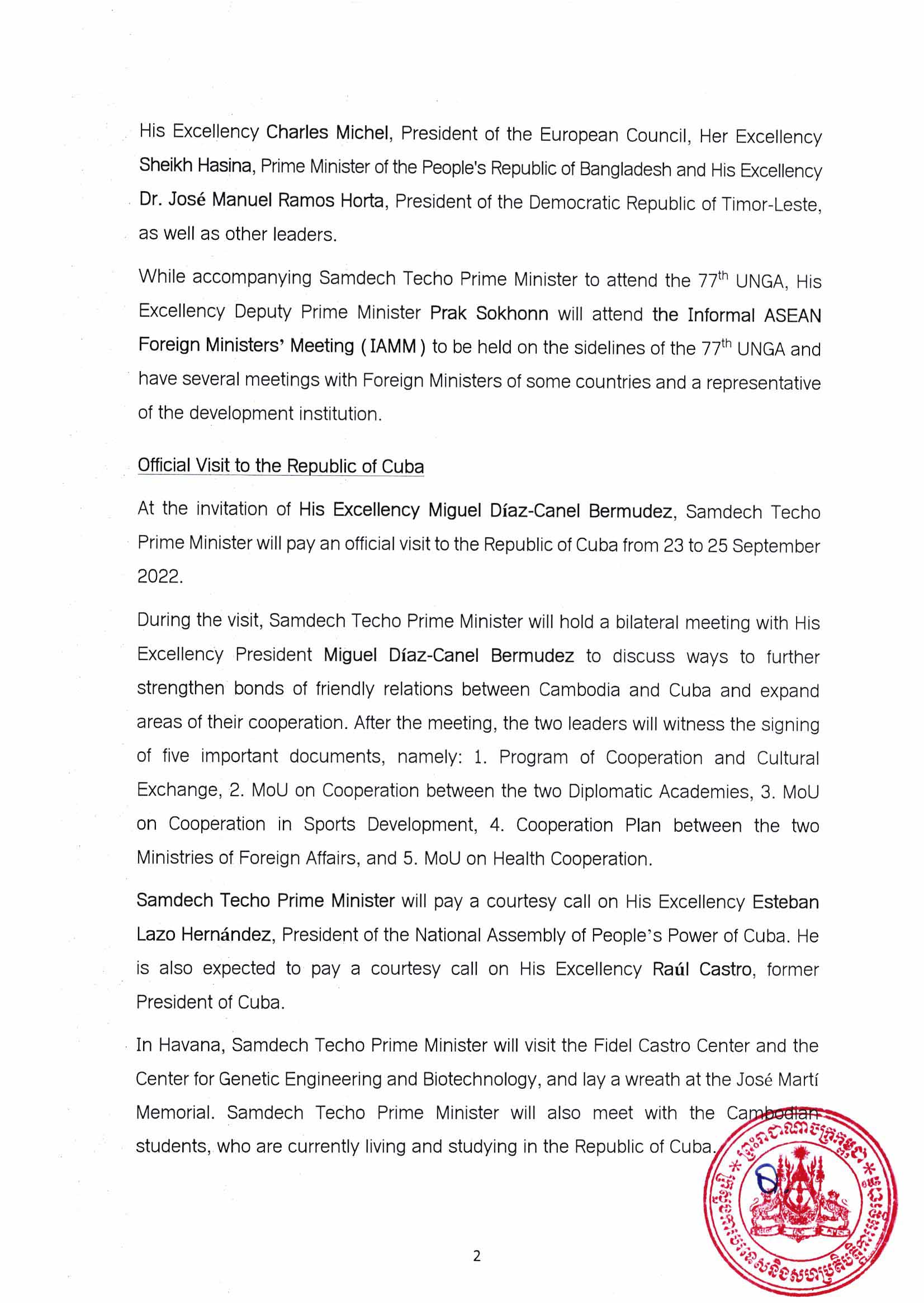 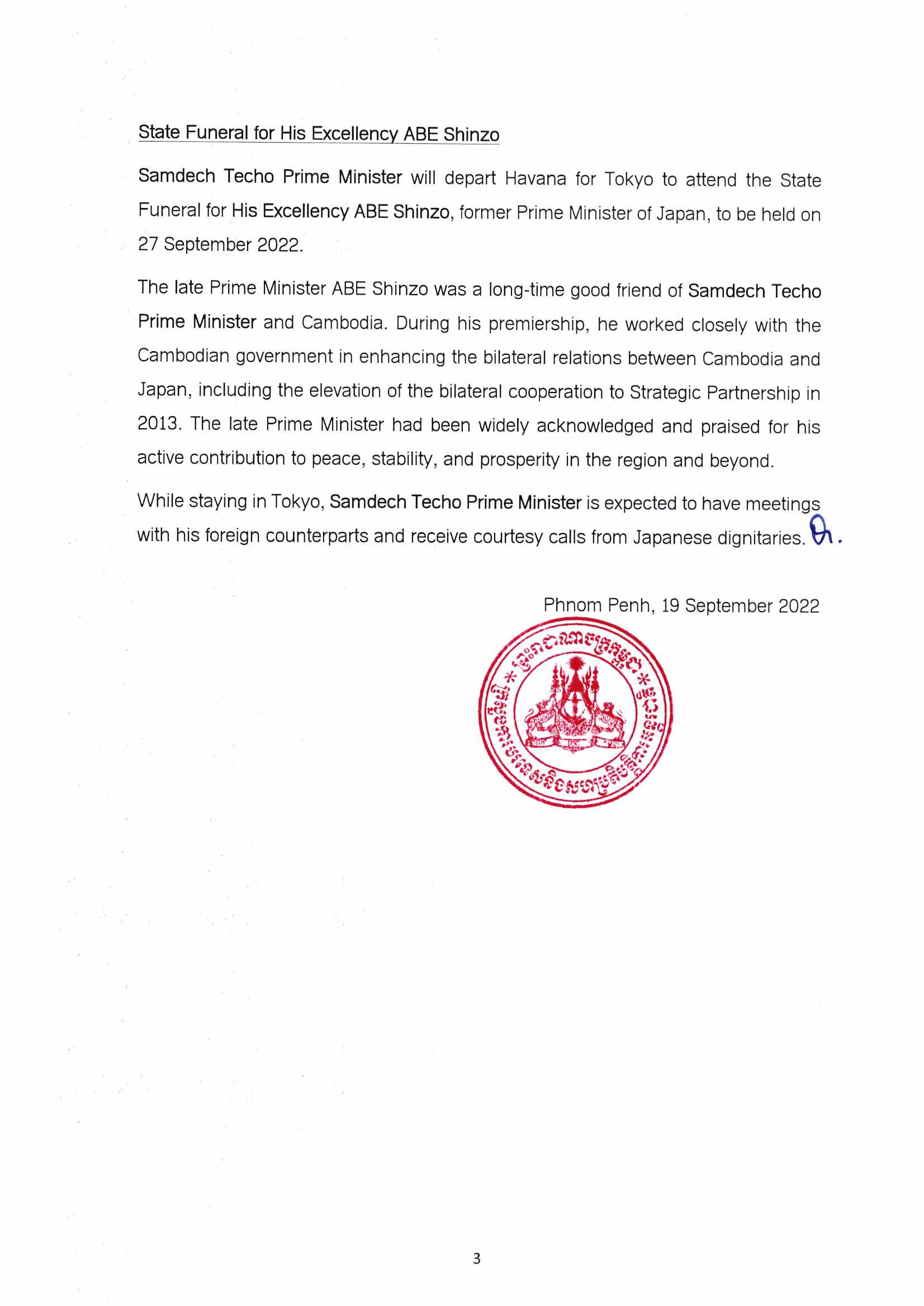