EAC News reporter, Anthony Ellis, applied for his pass in Siem Reap at the beginning of September and received it about a week later. He confirmed with the ticket office that while a single pass gives free entrance for a year, it can be renewed and is thus unlimited.

Foreigners living anywhere in Cambodia can apply for their free pass either in person at the Angkor ticket office in Siem Reap, or online through spass.angkorenterprise.gov.kh.

The ticket office advises foreigners to print and cut the pass out and have it laminated so they can carry it with them when visiting the temples every time. 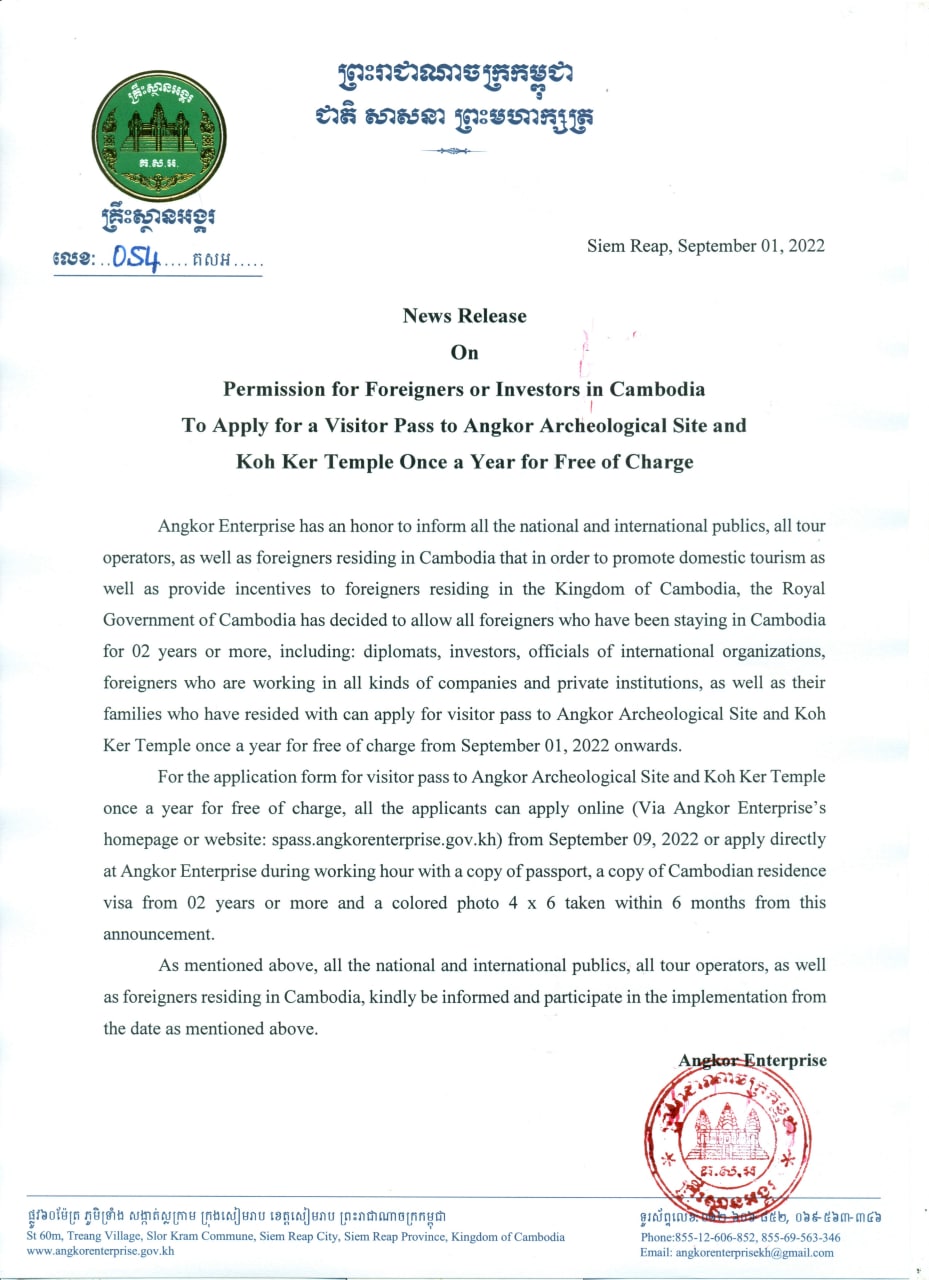