PHNOM PENH: On Monday, 12 September, the General Department of Customs and Excise (GDCE) released a report that shows Cambodia’s total international trade rose by 21.5% to US $37.4 billion in the first eight months of 2022.

Vietnam and China's export value are at US $1.46 billion and US $804 million respectively, according to the report.

Cambodia’s exports have significantly increased due to the successful Covid-19 measures implemented by the Royal Government, leading to the resumption of all kinds of economic activities, said the Vice President of the Cambodia Chamber of Commerce, Lim Heng.

“The government has controlled the Covid-19 situation, reopened borders to tourists, and resumed socio-economic activities, which has maintained production chains in factories,” he added. 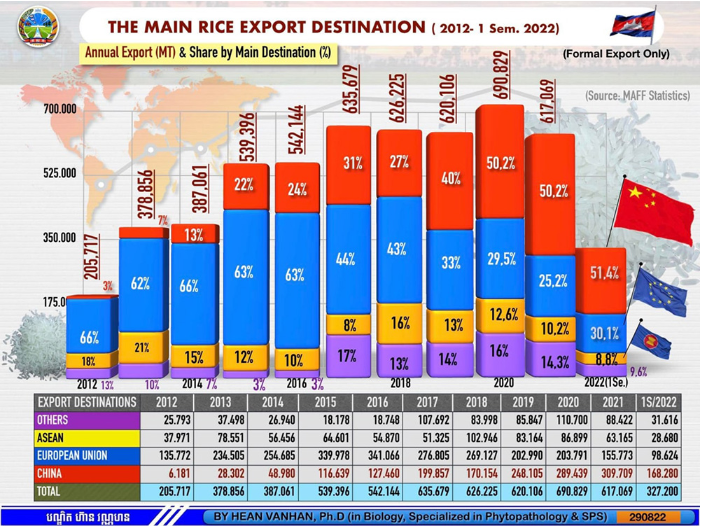