CHICAGO/LONDON: Sept 8 - Scott Taylor never got to move on from COVID-19. The 56-year-old, who caught the disease in spring 2020, still had not recovered about 18 months later when he killed himself at his home near Dallas, having lost his health, memory and money.

"No one cares. No one wants to take the time to listen," Taylor wrote in a final text to a friend, speaking of the plight of millions of sufferers of long COVID, a disabling condition that can last for months and years after the initial infection.

"I can hardly do laundry without complete exhaustion, pain, fatigue, pain all up and down my spine. World spinning dizzily, nausea, vomiting, diarrhea. It seems I say stuff and have no idea of what I'm saying," Taylor added.

Long COVID is a complex medical condition that can be hard to diagnose as it has a range of more than 200 symptoms - some of which can resemble other illnesses - from exhaustion and cognitive impairment to pain, fever and heart palpitations, according to the World Health Organization.

There is no authoritative data on the frequency of suicides among sufferers. Several scientists from organizations including the U.S. National Institutes of Health and Britain's data-collection agency are beginning to study a potential link following evidence of increased cases of depression and suicidal thoughts among people with long COVID, as well as a growing number of known deaths.

"I'm sure long COVID is associated with suicidal thoughts, with suicide attempts, with suicide plans and the risk of suicide death. We just don't have epidemiological data," said Leo Sher, a psychiatrist at Mount Sinai Health System in New York who studies mood disorders and suicidal behavior.

Among key questions now being examined by researchers: does the risk of suicide potentially increase among patients because the virus is changing brain biology? Or does the loss of their ability to function as they once did push people to the brink, as can happen with other long-term health conditions?

Sher said pain disorders in general were a very strong of predictor of suicide, as was inflammation in the brain, which several studies have linked with long COVID.

"We should take this seriously," he added.

An analysis for Reuters conducted by Seattle-based health data firm Truveta showed that patients with long COVID were nearly twice as likely to receive a first-time antidepressant prescription within 90 days of their initial COVID diagnosis compared with people diagnosed with COVID alone.

The analysis was based on data from 20 major U.S. hospital systems, including more than 1.3 million adults with a COVID diagnosis and 19,000 with a long COVID diagnosis between May 2020 and July 2022.

'WE DON'T KNOW THE EXTENT'

The potential long-term effects of COVID-19 are poorly understood, with governments and scientists only now starting to systematically study the area as they emerge from a pandemic that itself blindsided much of the world.

While many long COVID patients recover over time, around 15% still experience symptoms after 12 months, according to the University of Washington's Institute for Health Metrics and Evaluation (IHME). There's no proven treatment and debilitating symptoms can leave sufferers unable to work.

The implications of long COVID potentially being linked with increased risk of mental illness and suicide are grave; in America alone, the condition has affected up to 23 million people, the U.S. Government Accountability Office estimated in March.

Long COVID has also pushed roughly 4.5 million out of work, equal to about 2.4% of the U.S. workforce, employment expert Katie Bach of the Brookings Institution told Congress in July.

Worldwide, nearly 150 million people are estimated to have developed long COVID during the first two years of the pandemic, according to the IHME.

In many developing countries, a lack of surveillance of long COVID makes the picture even murkier, said Murad Khan, a psychiatry professor at Aga Khan University in Karachi, Pakistan, who is part of an international group of experts researching the suicide risk linked to COVID-19.

"We have a huge problem, but we don't know the extent of the problem," he said.

Time is a scarce commodity for a growing number of long COVID sufferers who say they are running out of hope and money, according to Reuters interviews with several dozen patients, family members and disease experts.

For Taylor, who lost his job selling genomic tests to physicians in a round of layoffs in the summer of 2020, the breaking point came when his insurance coverage through his former employer was due to expire and his application for social security benefits was denied, his family said.

"It was the straw that broke the camel's back," his older brother Mark Taylor said.

Heidi Ferrer, a 50-year-old TV screenwriter originally from Kansas, killed herself in May 2021 to escape the tremors and excruciating pain that left her unable to walk or sleep after contracting COVID more than a year earlier, her husband Nick Guthe said.

Guthe, a filmmaker who has become an advocate for long COVID sufferers since his wife's death, said that until this past winter, he had not heard of other suicides within the network of long COVID patients.

"They're now coming on a weekly basis," he added.

Survivor Corps, an advocacy group for long COVID patients, said it polled their membership in May and found that 44% of nearly 200 respondents said they had considered suicide.

Lauren Nichols, a board member at the long COVID support group Body Politic, said that through contact with family members on social media she was aware of more than 50 people with long COVID who had killed themselves, though Reuters was unable to independently confirm the cases.

Nichols, 34, a logistics expert for the U.S. Department of Transportation in Boston, says she herself has considered suicide several times because of long COVID, which she has suffered for more than two years.

Exit International advises English-speakers on how to seek help with assisted dying in Switzerland, where euthanasia is legal with certain checks. Fiona Stewart, a director, said the organization, which does not track outcomes after providing advice, had received several dozen inquiries from long COVID patients during the pandemic and was now getting about one a week.

The U.S. National Institutes of Health is tracking mental health impacts as part of its $470 million RECOVER study into long COVID. Early results on anxiety and depression rates are expected by early September, but information on suicide will take longer, said Dr. Stuart Katz, a lead researcher.

"What we do know is that persons with chronic illnesses are susceptible to suicidal thoughts, suicide attempts and suicide completion," said Richard Gallagher, an associate professor of child psychiatry at NYU Langone Health, who is part of RECOVER.

On the question of whether the virus changes the brain, Gallagher said there was some evidence that COVID can cause brain inflammation - which has been linked to suicide and depression - even among people who had relatively mild disease.

"There may be direct, in some ways, toxic effects of the virus and part of it will be inflammation," he said.

Long COVID on average reduces overall health by 21% - similar to total deafness or a traumatic brain injury, the University of Washington's IHME found.

Although some experts expected Omicron to be less likely to cause long COVID, official UK data released this month found that 34% of the 2 million long COVID sufferers in the country developed their symptoms after an Omicron infection.

A British government advisory group is studying the suicide risk for long COVID patients compared with the wider population while the state Office for National Statistics (ONS) is investigating whether it can assess upfront a long COVID patient's risk of suicide as it does for people with other diseases, such as cancer.

"Health conditions that are disabling long-term may add to suicide risk, hence the concern over long COVID," said Louis Appleby, a psychiatry professor at the University of Manchester and a UK government adviser.

Indeed, research in Britain and Spain found a six-fold increased risk of suicide among patients with myalgic encephalomyelitis/chronic fatigue syndrome (ME/CFS), another post-viral illness with similar symptoms to long COVID, when compared with the general population.

Britain's network of long COVID treatment centers is also drastically oversubscribed, adding to a sense of hopelessness for some; in June, the latest month on record, only a third of patients received an appointment within six weeks of being referred by their local doctor, and another third had to wait for more than 15 weeks.

Ruth Oshikanlu, a former midwife and health visitor in London turned pregnancy coach, said her long COVID health problems combined to push her close to the edge. When her business temporarily folded due to debt issues after she struggled to work, she felt her life was over.

"I was crying to the accountant, and the guy kept me on hold - I think he didn't want to be the last person to talk to me," the 48-year-old recalled.

"What COVID gives you is a lot of time to think," she said. "I didn't think of ending it, thankfully, because of my son. But I do know so many people who have had those suicidal thoughts." 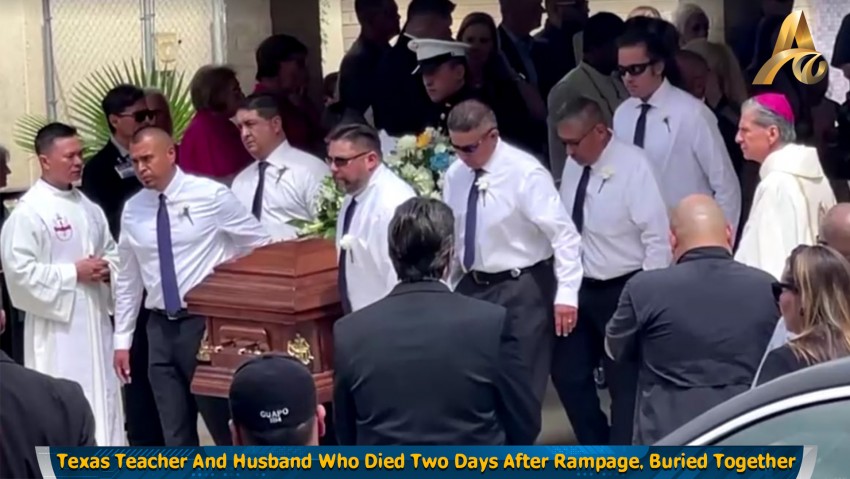 Texas Teacher And Husband Who Died Two Days After Rampage, Buried Together 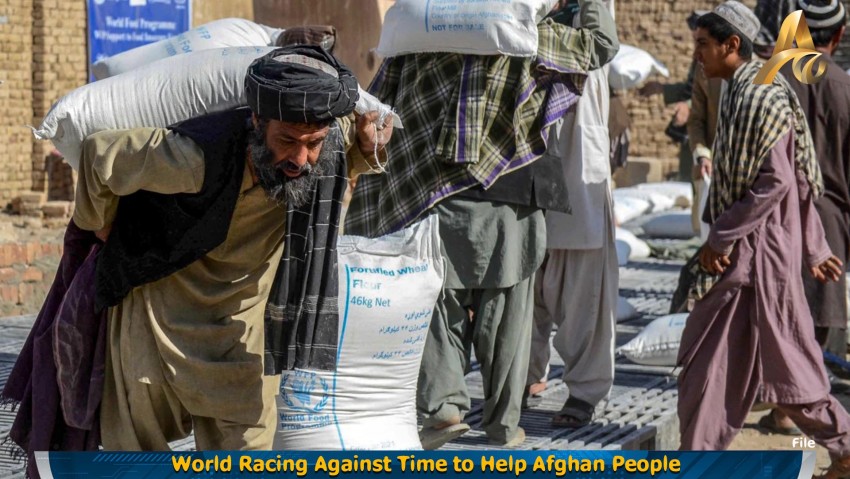 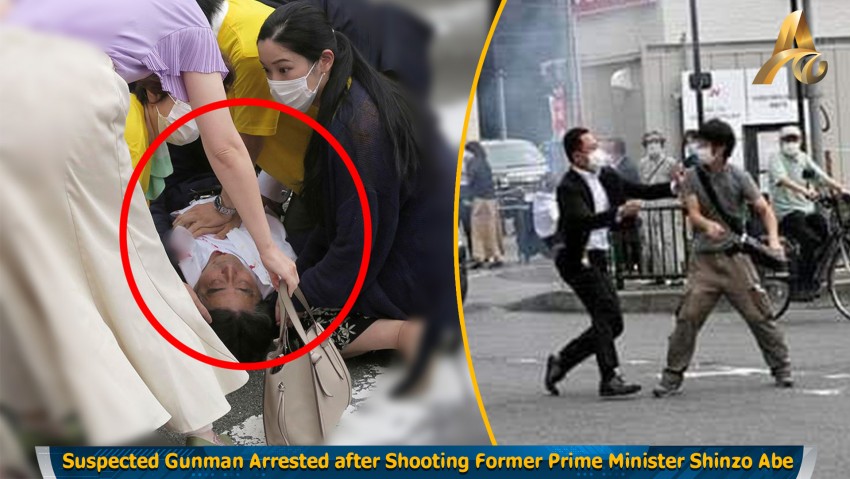 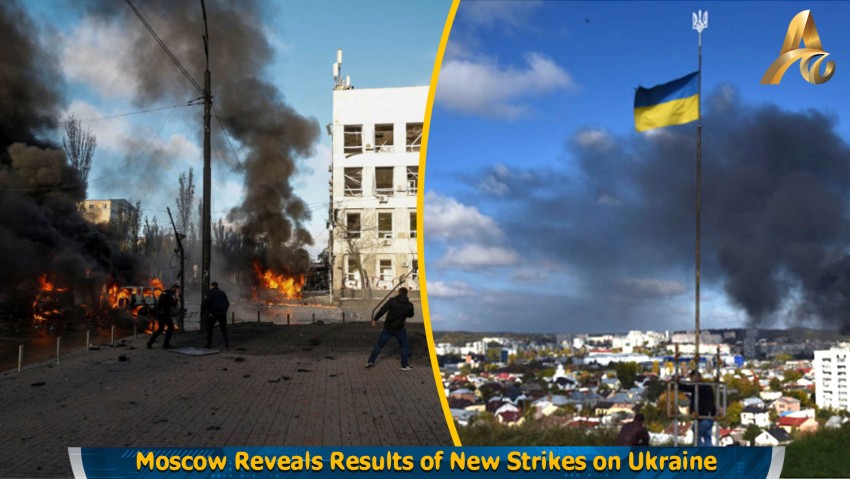