GENEVA: The Permanent Mission of the Kingdom of Cambodia in Geneva has released a statement expressing dismay over the recent report of the Office of the United Nations High Commissioner for Human Rights on the state of press freedom in Cambodia. The Permanent Mission considers this report to be “fraught with biased, selective, and unfounded content along with conclusion of political nature.”

The Cambodian Ambassador and Permanent Representative to the UN Office in Geneva, An Sokkhoeurn, has said that he denies the allegations made in the report, which he states was conducted with inaccurate research methods.

“The OHCHR report’s credibility is further compromised due to its ill-defined methodology,” says the statement. “The non-scientifically selected sample of 65 journalists, citizen journalists and other media personnel for interview and survey does not accurately represent the views of nearly 6,000 national and international journalists, exclusive of the substantial number of citizen journalists, practicing their duties freely across the country.”

In addition, Ambassador An Sokkhoeurn highlights that while the “OHCHR asserts to have taken details from credible sources,” it also “refuses to elaborate at length,” and “admits its reliance upon, among others, publications of foreign-funded NGOs and media reports.”

“To state that journalists in Cambodia are working in an increasingly difficult environment when it comes to accessing information from public sources is prejudiced,” adds the statement.

Awaiting the passage of the Law on Access to Information (A21 Law), Ambassador An Sokkhoeurn says the Government has taken steps to improve public access to information, including “the creation of a government spokesperson unit and nomination of each ministry’s spokesperson. The former hosts regular briefings on wide-ranging topics, which offer journalists a direct and instant access to the authoritative source of information.”

In conclusion, the Cambodian Permanent Representative affirms that “the Kingdom remains steadfast in promoting and protecting the freedom of expression and media in line with the law,” which he says is “an ongoing process, not a tick-box exercise.”

His statement further adds, “In lieu of drawing up a flawed report with political nature, the OHCHR is strongly urged to redirect its attention and scarce resources to a worrying trend of human rights challenges, namely hate speech, slander, disinformation, incitement and provocation to sedition under the guise of freedom of expression, all of which this UN agency is astonishingly silent for certain motives.” 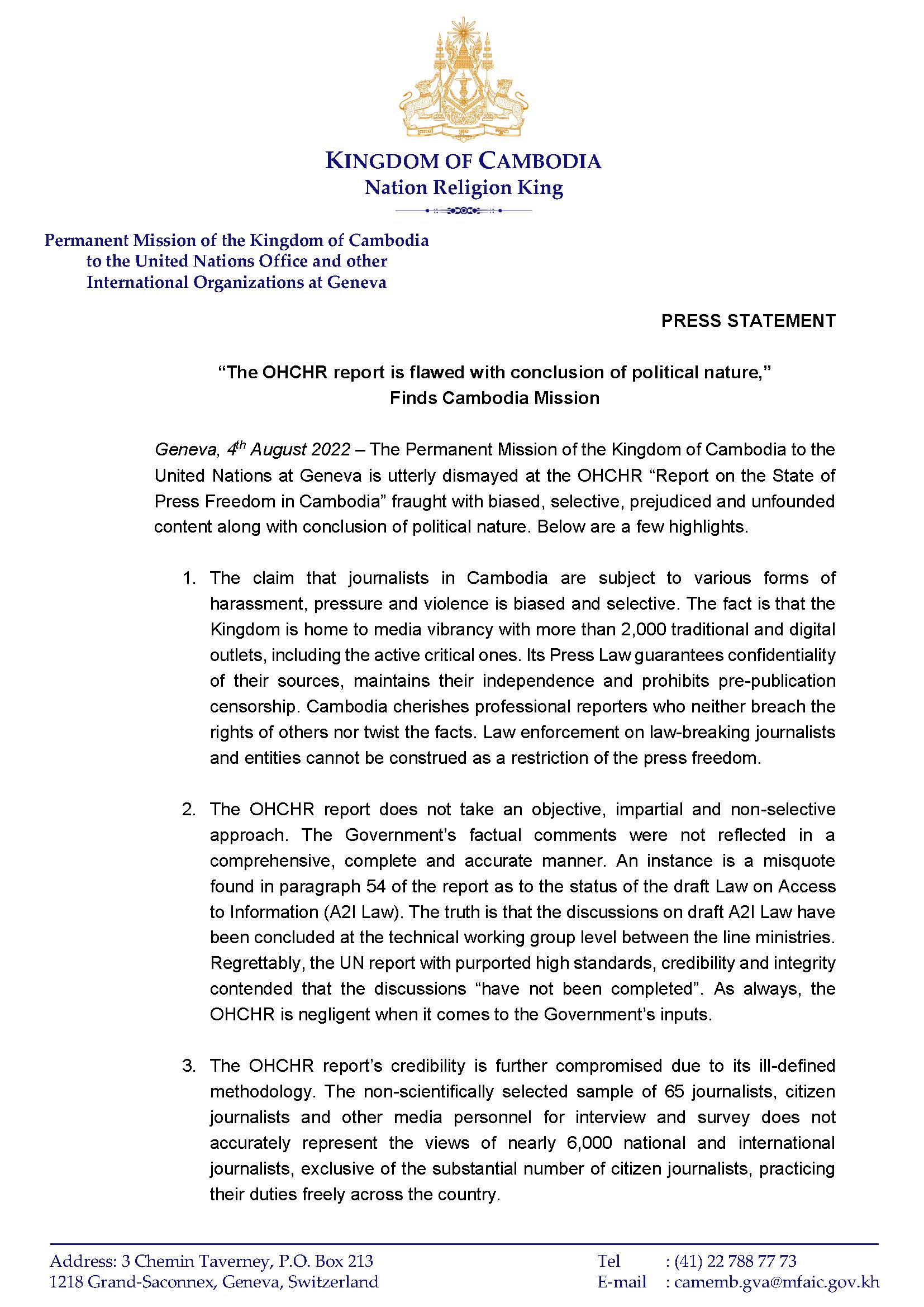 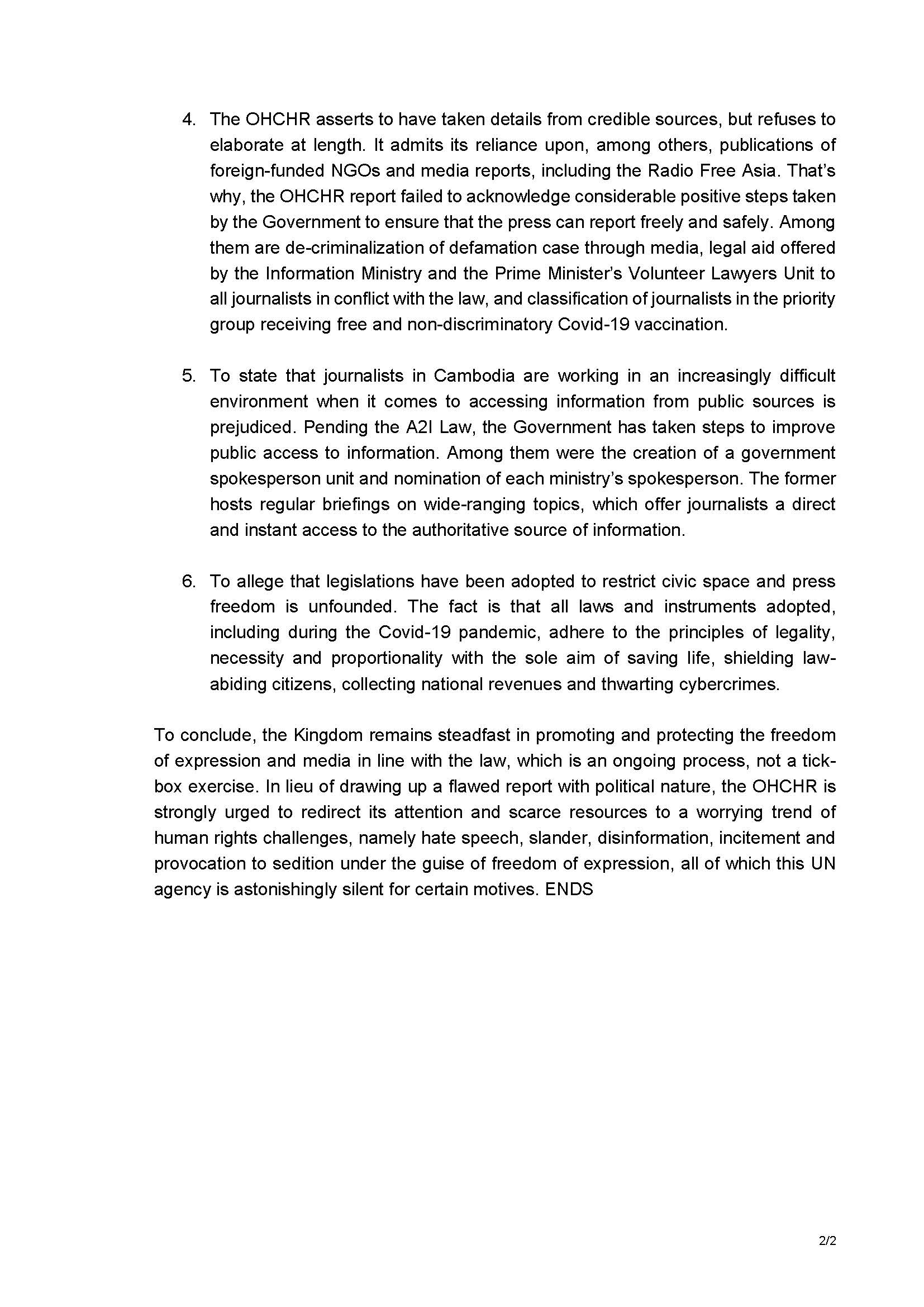 High School Students Share Their Feelings on Their Exam Results

Traffic Accidents Fall in First Half of 2021