PHNOM PENH: The ASEAN Foreign Ministers have released a joint statement expressing concern on recent cross strait development. This statement was released in the context of heightened tensions between the United States and China following U.S. House Speaker Nancy Pelosi’s visit to Taiwan, though the statement does not mention Taiwan by name.

“ASEAN is concerned with the international and regional volatility, especially in the recent development in the area adjacent with the ASEAN region, which could destabilize the region and eventually could lead to miscalculation, serious confrontation, open conflicts and unpredictable consequences among major powers,” reads the statement.

The foreign ministers call for maximum restraint, refraining from provocative action and upholding the principles enshrined in United Nations Charter and the Treaty of Amity and Cooperation in Southeast Asia (TAC). They also reiterate ASEAN Member States’ support for their respective One-China Policy.

“The world is in dire need of wisdom and responsibility of all leaders to uphold multilateralism and partnership, cooperation, peaceful-coexistence and healthy competition for our shared goals of peace, stability, security and inclusive and sustainable development,” reads the statement.

The foreign ministers emphasize ASEAN’s motto of acting together and say that “ASEAN stands ready to play a constructive role in facilitating peaceful dialogue between all parties including through utilizing ASEAN-led mechanisms to deescalate tension, to safeguard peace, security and development in our region.” 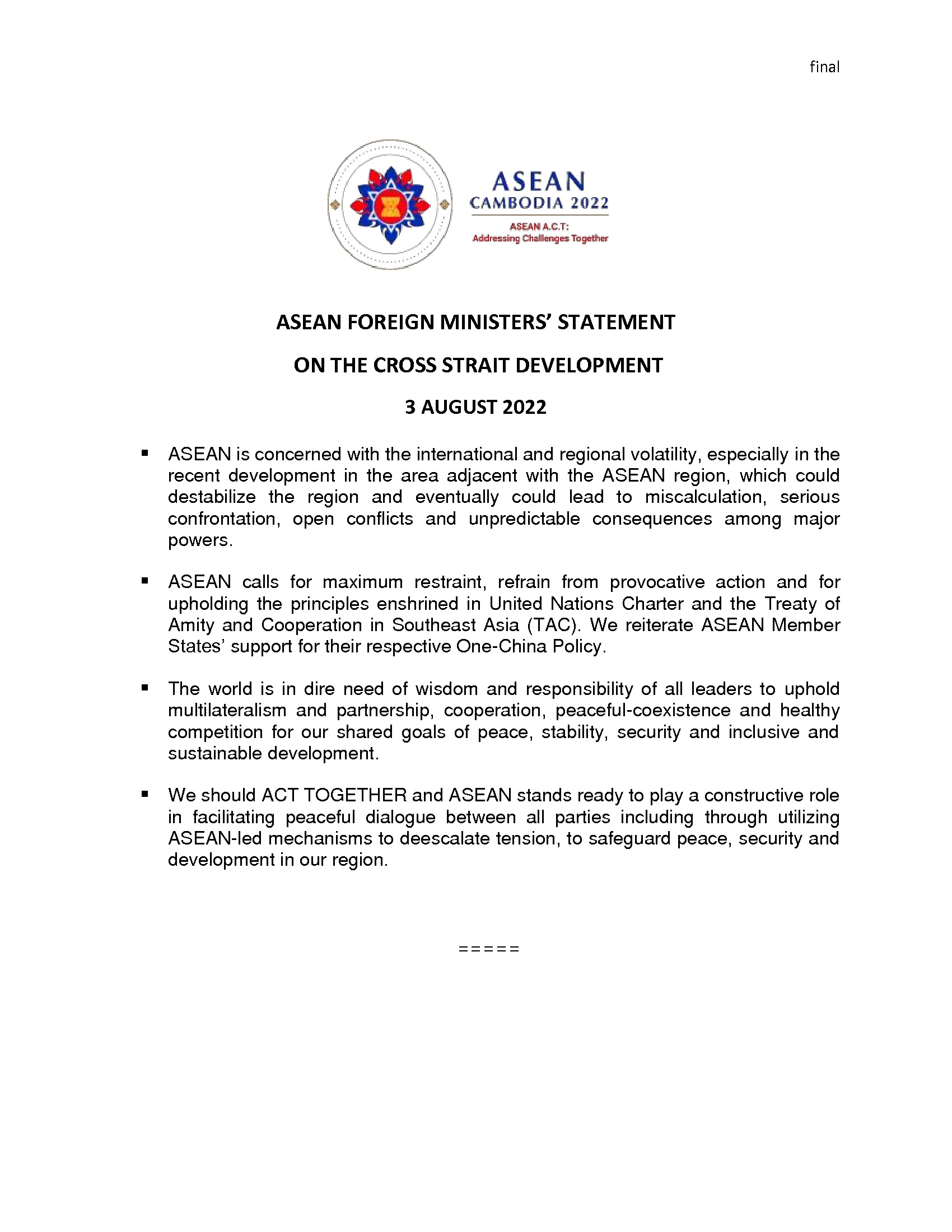