PHNOM PENH: The ASEAN Intergovernmental Commission on Human Rights concluded its final report on Tuesday, 2 August, and submitted it to the ASEAN Foreign Ministers' Meeting.

In a press release issued on Tuesday, AICHR President Keo Remy confirmed that the ASEAN Intergovernmental Commission on Human Rights had discussed, finalized and approved the AICHR 2022 Annual Report and the AICHR Chairman's Statement sent to the 55th ASEAN Foreign Ministers' Meeting (55th AMM). In addition, the priority programs and activities of AICHR 2023 were finalized for submission to the Committee of Permanent Representatives to ASEAN (CPR) and the AMM for approval.

The statement further added, “The implementation progress of AICHR's priority programs and activities was discussed with a thematic focus on children rights, human rights and the environment, trafficking in persons, business and human rights, the right to safe drinking water and sanitation, and human rights education. The Meeting also deliberated on preparation for the 10th Anniversary of the ASEAN Human Rights Declaration (AHRD) and the Phnom Penh Statement on the Adoption of the AHRD, the ASEAN Human Rights Dialogue, and the 4th ASEAN-EU Policy Dialogue on Human Rights, which are scheduled to take place later this year”.

No mention of human rights cases related to Myanmar were included in this declaration.

Speaking to reporters on 30 July, the Director General of Administration and Complaints of the Cambodian Human Rights Committee, Ouch Nipon, confirmed that the execution of anti-military government activists in Myanmar was not on the agenda of the meeting, but could still be discussed if raised by an AICHR member. 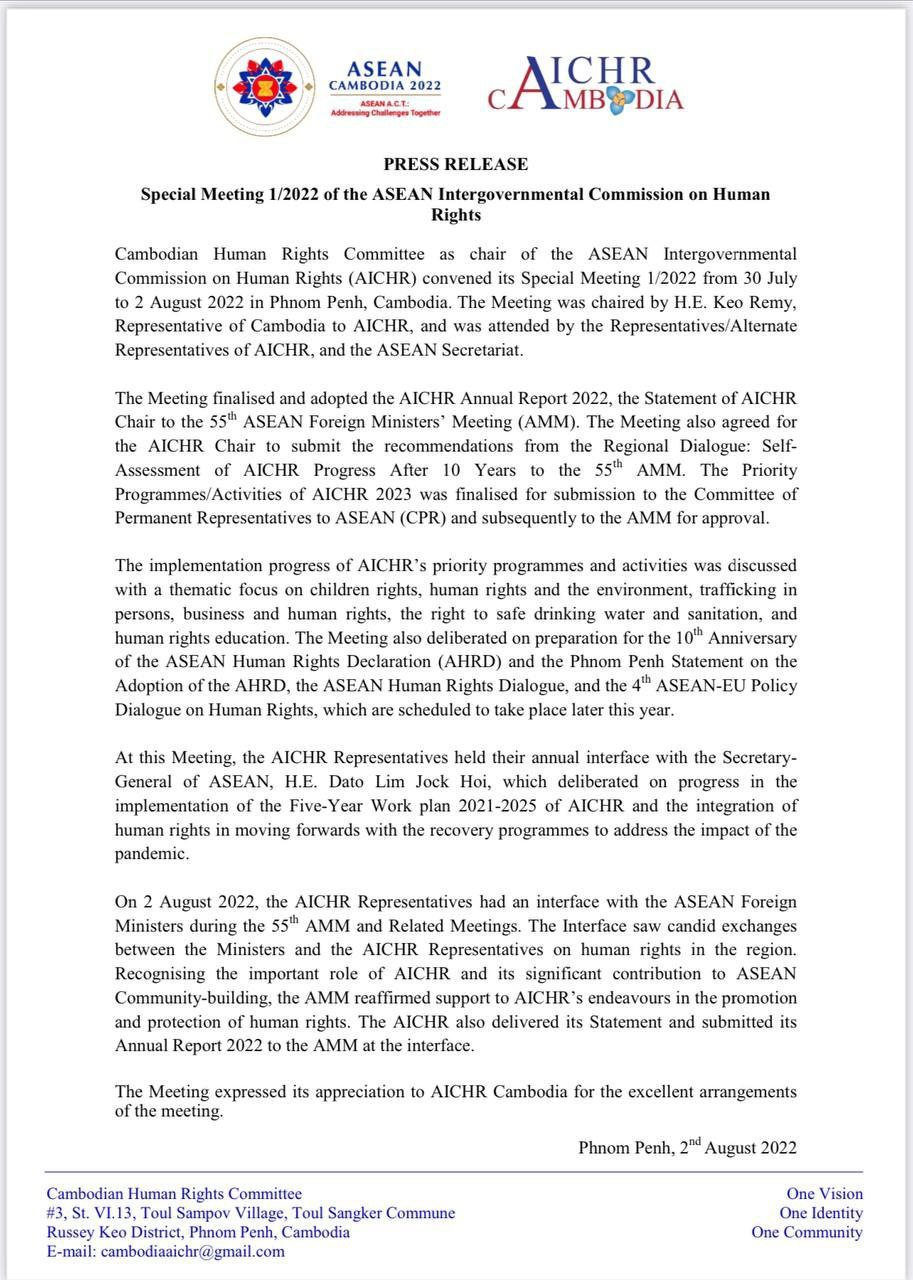