Croatian Special Forces team up with US Navy SEALs

INTERNATIONAL: NATO Special Operations Forces need to be able to tackle the most complex tasks in the most difficult environments – from scaling the side of a ship while under fire to diving to the depths of the sea. Croatian Special Forces recently tested their maritime skills during a joint exercise with US Navy SEALs in the Adriatic.

A US Navy SEAL in full dive gear speeds along the Adriatic Sea near Split, Croatia during an exercise with Croatian Special Forces operators.

The boats are small but gaining fast – two of them, throwing up white rooster tails of sea spray as they roar towards us from the Croatian city of Split.

Aboard our vessel, the hijackers – played today by Croatian soldiers – take up firing positions. There are four of them, and they’re about to get hit with a combined assault force of Croatian Special Forces operators and US Navy SEALs.

The hijackers start firing. But the rubber boats, each bristling with rifle barrels, are already pulling alongside. Within seconds, the Croatian operators hook ladders to the ship’s hull and shimmy aboard. The SEALs board from the stern and sprint for the engine room, their silenced rifles pointing back-and-forth across the deck, while the operators make a nerve-rattling 10-metre climb to take the bridge. Within minutes, they seize control of the ship, neutralise their enemies and have several high-value targets zip-tied and ready for exfiltration.

Then somebody shouts “ENDEX!” – End of Exercise – and the drill is over. The erstwhile hijackers peel themselves off the deck, and the commandos huddle on the ship’s stern for a quick after-action review.

For NATO’s Special Operations Forces, these bilateral training engagements are a good chance to swap notes on the latest tactics and gear. For the Croatian Zapovjedništvo specialjalnih snaga (ZSS) specifically, as a relatively young special operations unit, the ability to train alongside the Navy SEALs is proof of how much they’ve developed since their inception in 2000 as the Special Operations Battalion.

“The Croatian Armed Forces are ready and willing to take their share of the burden and responsibility in collective defence, both of the Alliance, Allies and partners,” says Admiral Robert Hranj, Chief of the Croatian General Staff, who’s on hand to watch the boarding operation.

Later, the ZSS and the SEALs don wetsuits and slip into the chilly Adriatic for long-distance underwater swims and simulated beach infiltrations. Using bubble-less rebreathers – far stealthier than the SCUBA gear popular with tourists – they glide several metres under the water, invisible from the surface.

When they reach their target, they linger in deep water to stow their fins and ready their weapons. A single pair of goggles breaks the surface and scans the shore for hostiles. Then, like a mirage, a half-dozen Croatian commandos and US Navy SEALs rise from the water, carefully creeping out of the surf as water drips from their rifles.

In a real military operation, this would be the moment of greatest vulnerability. Waterlogged, loaded with gear and moving out of cover, the commandos are totally exposed. They quickly scuttle under an outcropping of limestone rocks, rifles scanning the bluffs above for threats.

On another exercise, the operators are tasked with seizing a bridge. For this infiltration, they lug a long pole topped by a massive hook. They use this to quickly secure a “caving ladder” – a long rope ladder with steps just the width of a fist – to a bridge pillar. After stashing their rebreathers underwater, the operators move up the ladder one by one, grunting quietly as they pull themselves and their heavy gear up from the relative weightlessness of the salty Adriatic.

ZSS commander Major “Marko” (we use a pseudonym to protect his identity) says it’s important for special operations units to develop a robust maritime capability so that they can operate on the approximately 70 per cent of the globe covered by seawater: “The water will become our playground.” The next step, he adds, will be for the ZSS to better integrate air mobility with naval missions, meaning his operators can expect to spend much more time plunging into the sea from helicopters.

For Admiral Hranj, training together with other Special Operations Forces is a useful step towards making Croatia, and the broader Alliance, safer.

“Having in mind the events around us, in the world, especially in Ukraine, this is a small contribution to… political unity and readiness for joint cooperation in defence of Allies, alliances and partners,” he says. 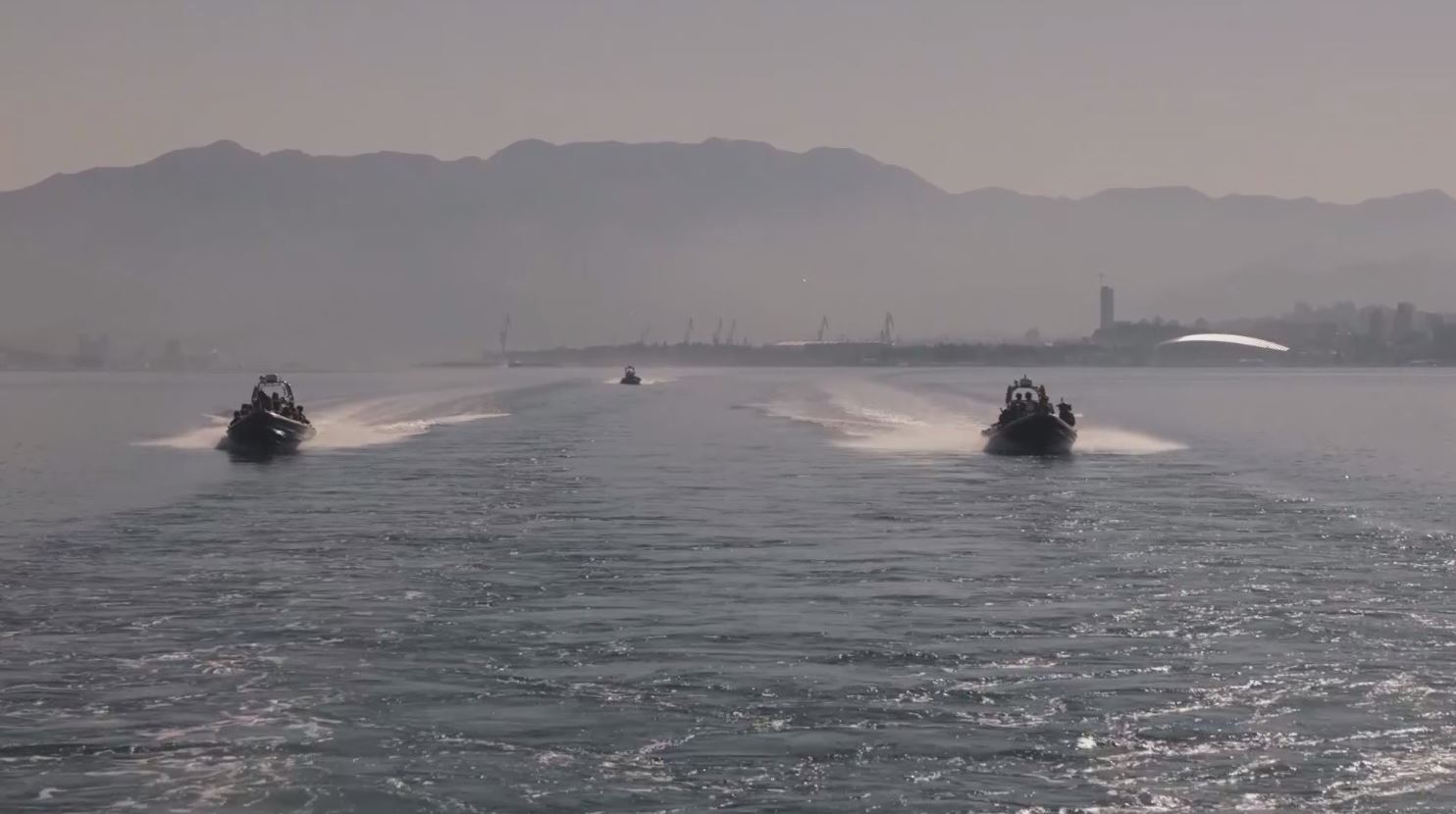 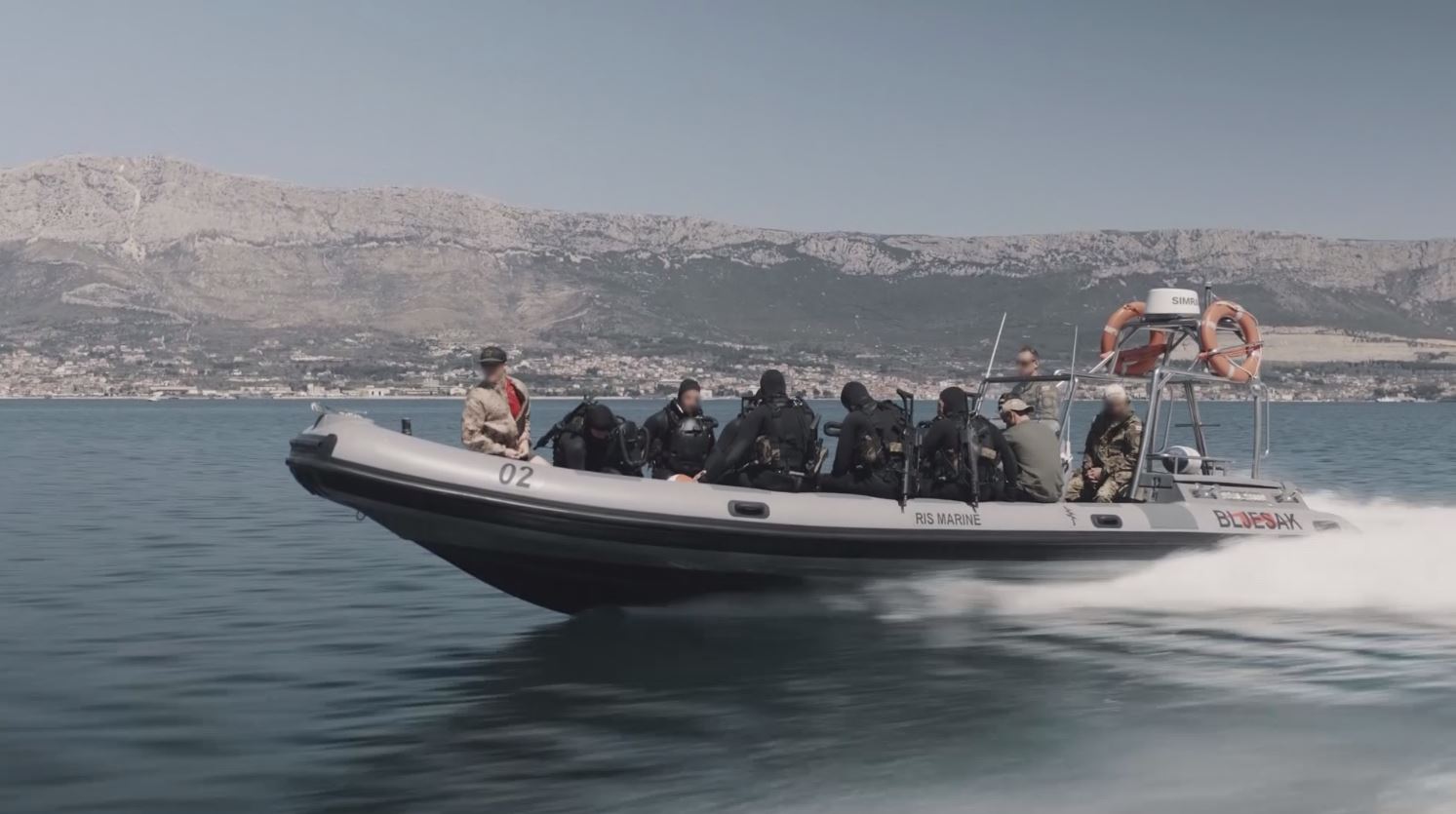 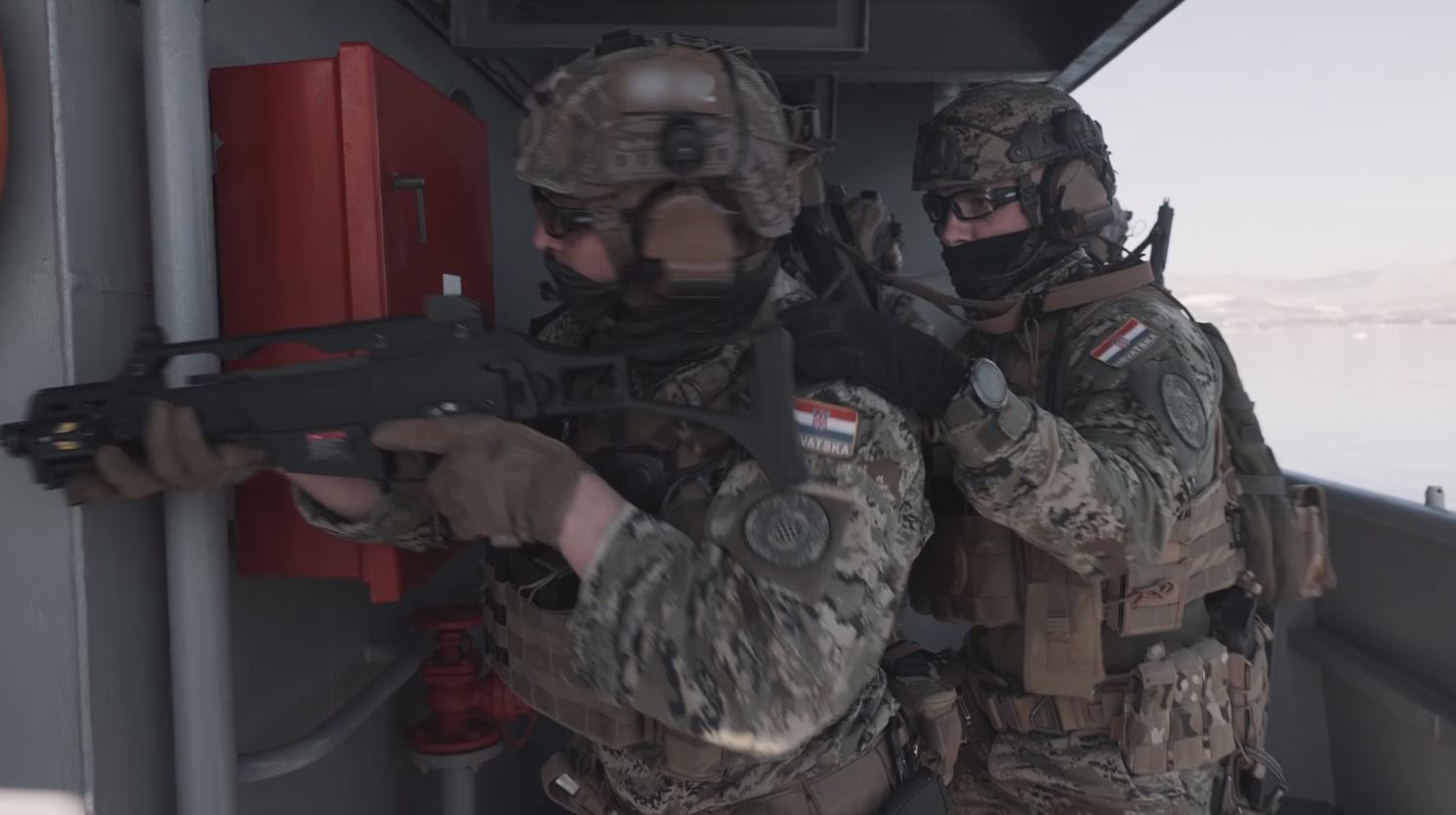