PHNOM PENH: Prime Minister Hun Sen is set to preside over the 55th ASEAN Foreign Ministers’ Meeting (55th AMM) in Phnom Penh, according to a press release issued by the Ministry of Foreign Affairs.

Cambodia, as the Chair of ASEAN, is hosting the 55th AMM and related meetings from 29 July to 5 August 2022, in Phnom Penh. In addition to presiding over the opening ceremony, Prime Minister Hun Sen will receive a joint courtesy call by the Foreign Ministers and Secretary-General of ASEAN.

According to the press release, “On the margins of the 55th AMM, the Foreign Ministers and the Secretary-General of ASEAN will witness the signing of the Instruments of Accession to the Treaty of Amity and Cooperation in Southeast Asia (TAC) by the Kingdom of Denmark, the Hellenic Republic, the Netherlands, the Sultanate of Oman, the State of Qatar and the United Arab Emirates.”

Four other countries, other than the ASEAN Sectoral Dialogue Partners and six countries acceding the TAC, have also been invited as guests of the ASEAN Chair, namely Papa New Guinea, Morocco, Timor-Leste and Azerbaijan.

The Cambodian Minister of Foreign Affairs, DPM Prak Sokhonn, is expected to also hold several bilateral meetings with his foreign counterparts during this time. 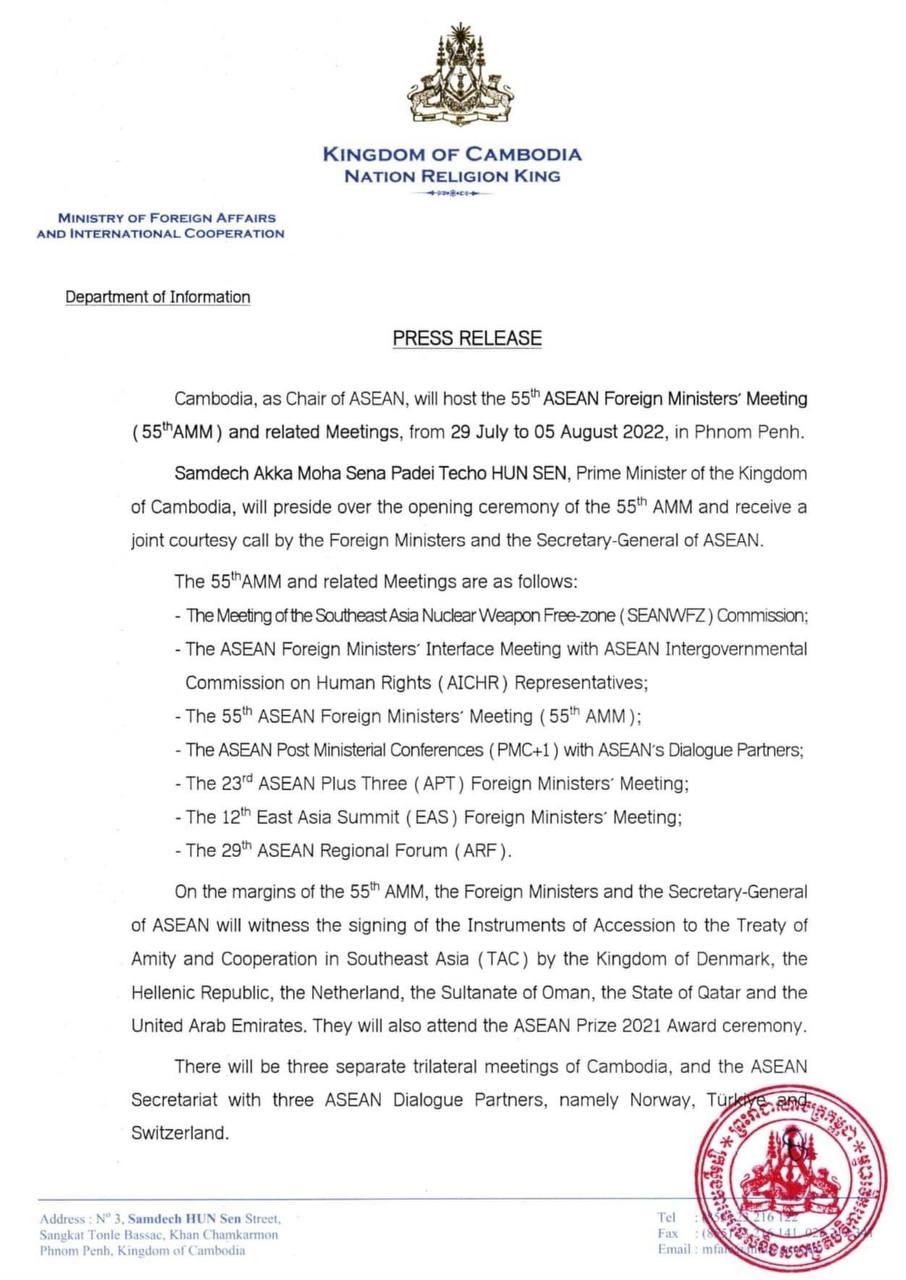 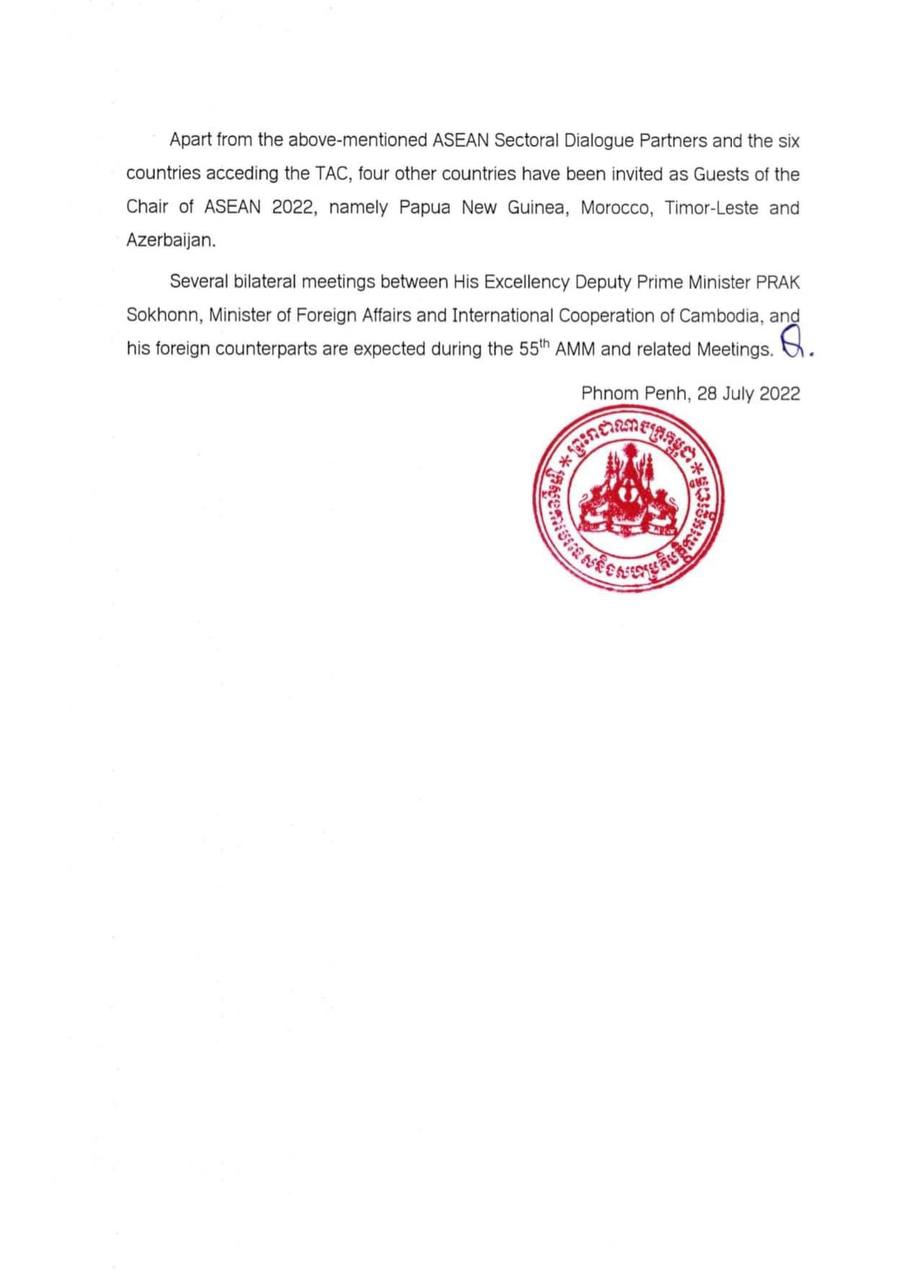