SWITZERLAND: The Permanent Mission of the Kingdom of Cambodia in Geneva has rejected the press release of three Special Rapporteurs, misleading the public about the trial in Cambodia. The Cambodian Mission considers that these misrepresentations are reflecting the weakness of the World Reporters' understanding of the court proceedings.

Today, three UN Special Rapporteurs, Vitit Muntarbhorn, Clément Nyaletsossi Voule and Diego García-Sayán, called for an urgent review of the legal process against politicians of the opposition party in Cambodia after at least 43 defendants were convicted in a third major trial on charges of conspiracy and incitement and sentenced up to eight years in prison. All three said the trial violating the principle of impunity, extending detention in violation of national law, and lacking evidence.

They said, "On these grounds, the government is urged to review these convictions – and all pending similar cases – and to ensure future judicial proceedings adhere to international obligations"

Ambassador and Permanent Mission of Cambodia to the United Nations Office and other International Organizations at Geneva, An Sokkhoeurn dismissed these allegations and said that it is unfortunate that the experts did not evaluate the information received thoroughly and with de-politicized lens.

He explained that the exercise of civil rights is guaranteed to all citizens in accordance with the Constitution, and all citizens are accountable to the same law, whether supporters of the ruling party or the opposition. He further explained that the UN experts had received misinformation and did not thoroughly investigate, misinterpret, and misjudge the trial. In addition, the allegation that the accused was not allowed to attend the hearing in person and did not receive the full case file is untrue and is further proving that "the claim of extended pre-trial detention is truly indicative of either the limited understanding or the unwillingness to understand Cambodian judicial procedures.”

The Permanent Mission of Cambodia urges the above three Special Rapporteurs to heed the statement of the member states requiring them to perform their duties strictly in accordance with the “Code of Conduct for Special Procedures Mandate-holders of the Human Rights Council” Their independence cannot be detached from responsibility. 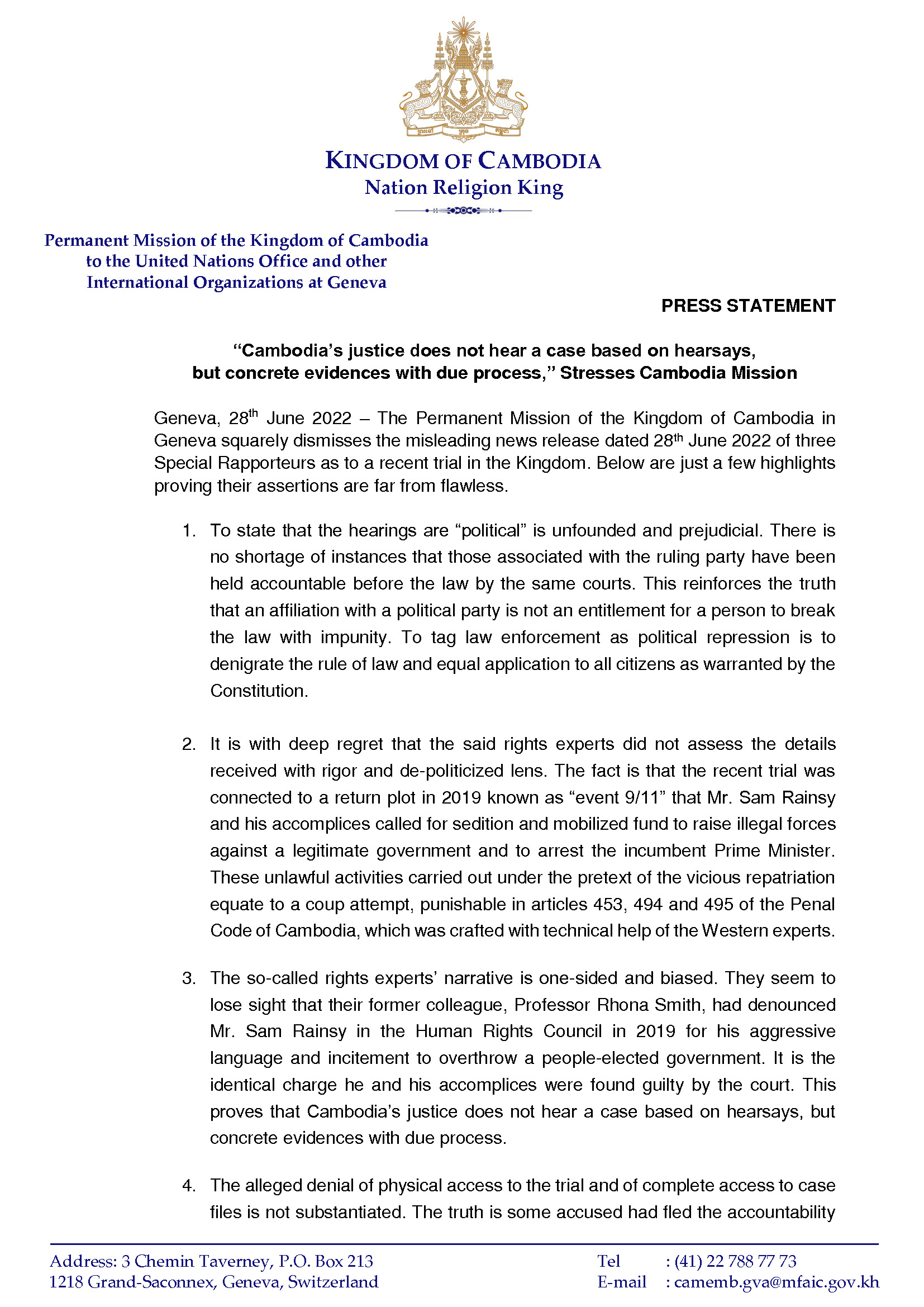 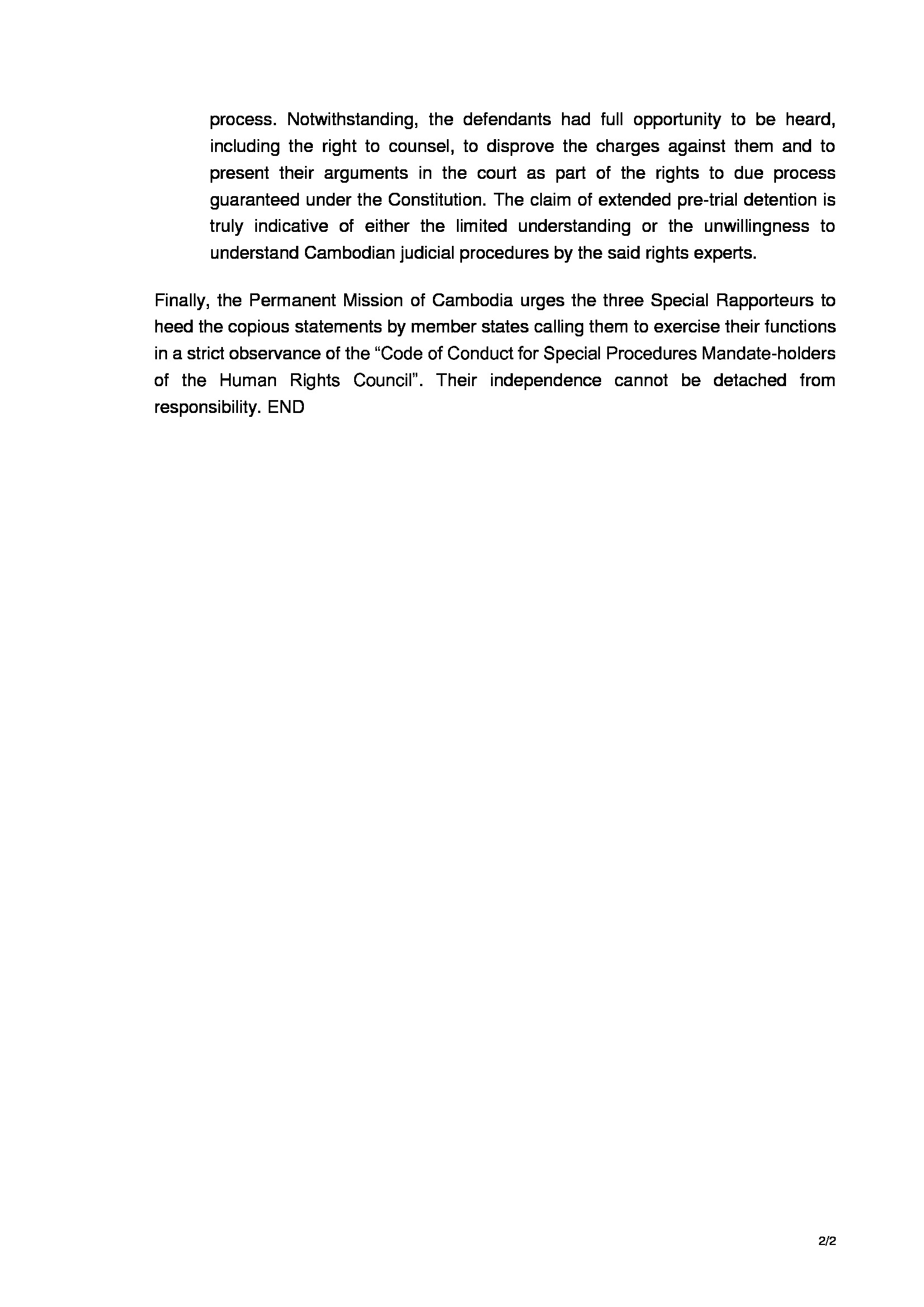 Cambodian Labor Minister Thanks ILO for Contributing to Cambodia's Development