PHNOM PENH: The President of FUNCINPEC Party, Prince Norodom Chakravuth, led a party delegation to celebrate the 71st anniversary of the establishment of the Cambodian People's Party (CPP) on Tuesday morning, 28 June, and presented a bouquet of flowers to the President of the CPP, Prime Minister Hun Sen.

The 71st anniversary of the founding of the CPP took place at the party's headquarters in Phnom Penh's Chamkar Mon district, with the participation of thousands of party members, major diplomats. Two other political parties in Cambodia, FUNCINPEC and the Khmer Farmers Party, also presented congratulatory flowers to the President of the CPP, Prime Minister Hun Sen.

During the ceremony, FUNCINPEC President Prince Norodom Chakravuth was seen bringing a bouquet of flowers to Prime Minister Hun Sen along with an envelope.

FUNCINPEC Spokesperson, Nhoeun Raden, said that Prince Norodom Chakravuth attending and celebrating the CPP's Anniversary was to show the relations of the Khmer nation and the history and tradition of FUNCINPEC and the CPP, adding that this is not out of the ordinary.

He said that the letter sent to the President of the CPP was about FUNCINPEC's participation in the celebration of the establishment of the CPP, and also highlighted the good relationship between the two parties, to maintain friendship, security, and the monarchy in Cambodia.

He said, "We know that these two parties are mature parties that have made a significant contribution to national salvation. In particular, bringing back the peace we have today."

The Director General of International Relations of Cambodia, Dr. Kin Phea, thinks that it is a good thing to show the friendship of the Khmer people, even though the two parties compete in the political arena. Outside the political competition, everyone is of the same Khmer blood. He sees this as a good example for other parties to follow in building a united society.

He said, “If we talk about competition, they compete only in the election. When there is a celebration, they can be there for one another, I think there is nothing wrong! It is a good thing. We can say that it is a good thing for harmonization in our society, not to be in conflict in every circumstance. When competing, we compete in elections, and after elections, we must unite for the sake of the nation as long as this cooperation or celebration is honest."

Addressing the 71st anniversary of the founding of the CPP on Tuesday morning, CPP President, Prime Minister Hun Sen, said that the CPP continues to strengthen sincere cooperation with political parties, civil society organizations, and other circles in society that are honest and sincere in order to maintain a good and sustainable political environment, especially in the run up to the upcoming 7th National Election in 2023. He said this is also to increase the confidence of investors, both inside and outside the country, to continue promoting socio-economic development and improving the living standards of the people.

The royalist party FUNCINPEC is also one of the oldest parties in Cambodia. The party was founded on 21 March 1981, and received a lot of support from the people since the Sangkum era and after Cambodia became a Kingdom again in 1993. The party has been a rival to the CPP since the first elections in 1993 and 1998, however, due to internal divisions within the party, the main rival of the CPP had subsequently lost a lot of support. FUNCINPEC won 43 seats in the 1998 election, 26 seats in the 2003 election, and 2 seats in 2008, then in the last two elections in 2013 and 2018, the party did not win any seats.

On 24 December 2021, the Royalist Party announced the renewal of its alliance with the CPP in order to join the nation-building effort and serve the interests of the people and the nation, especially to improve livelihoods and continue to maintain the sustainability of the monarchy and the throne. 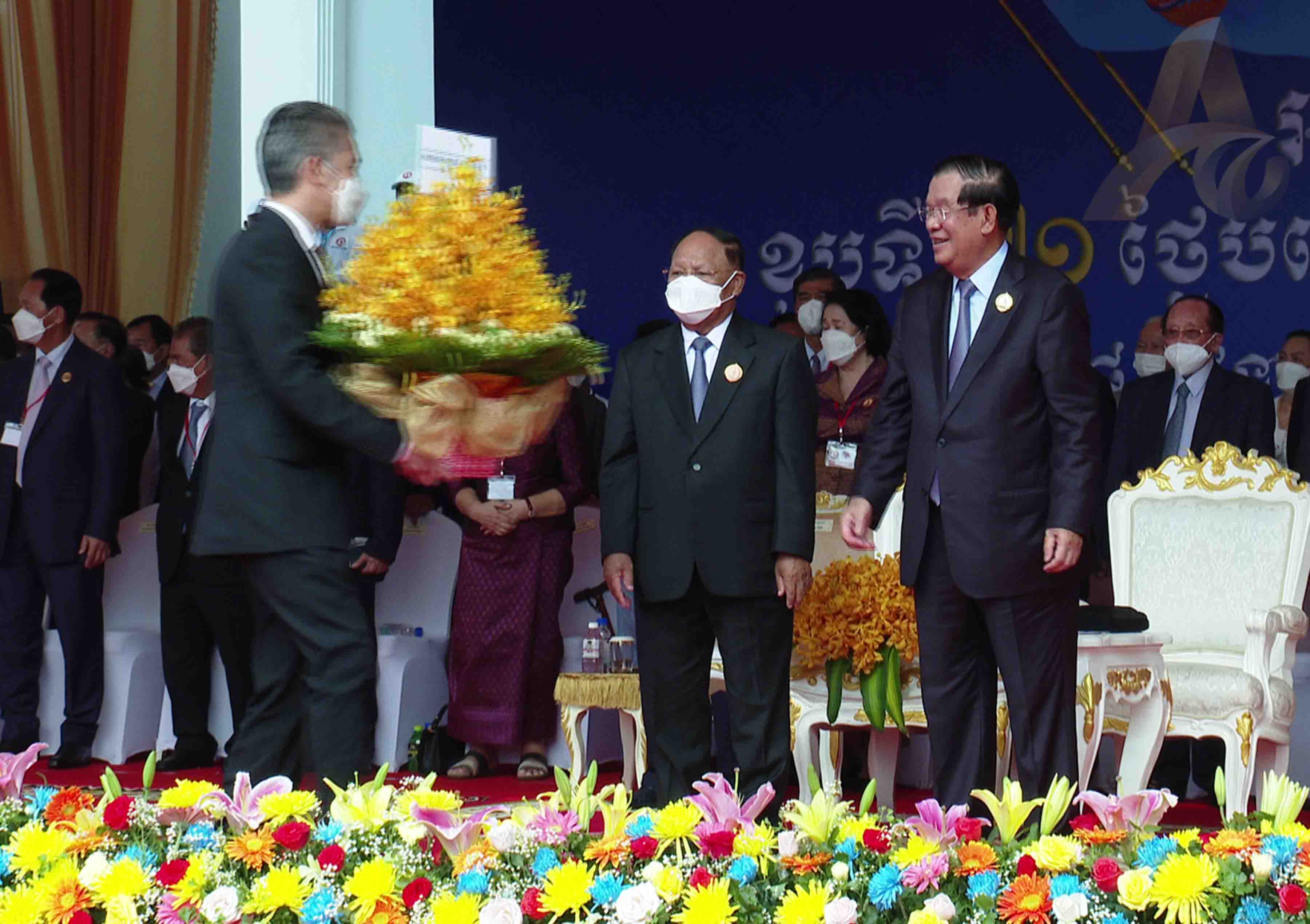 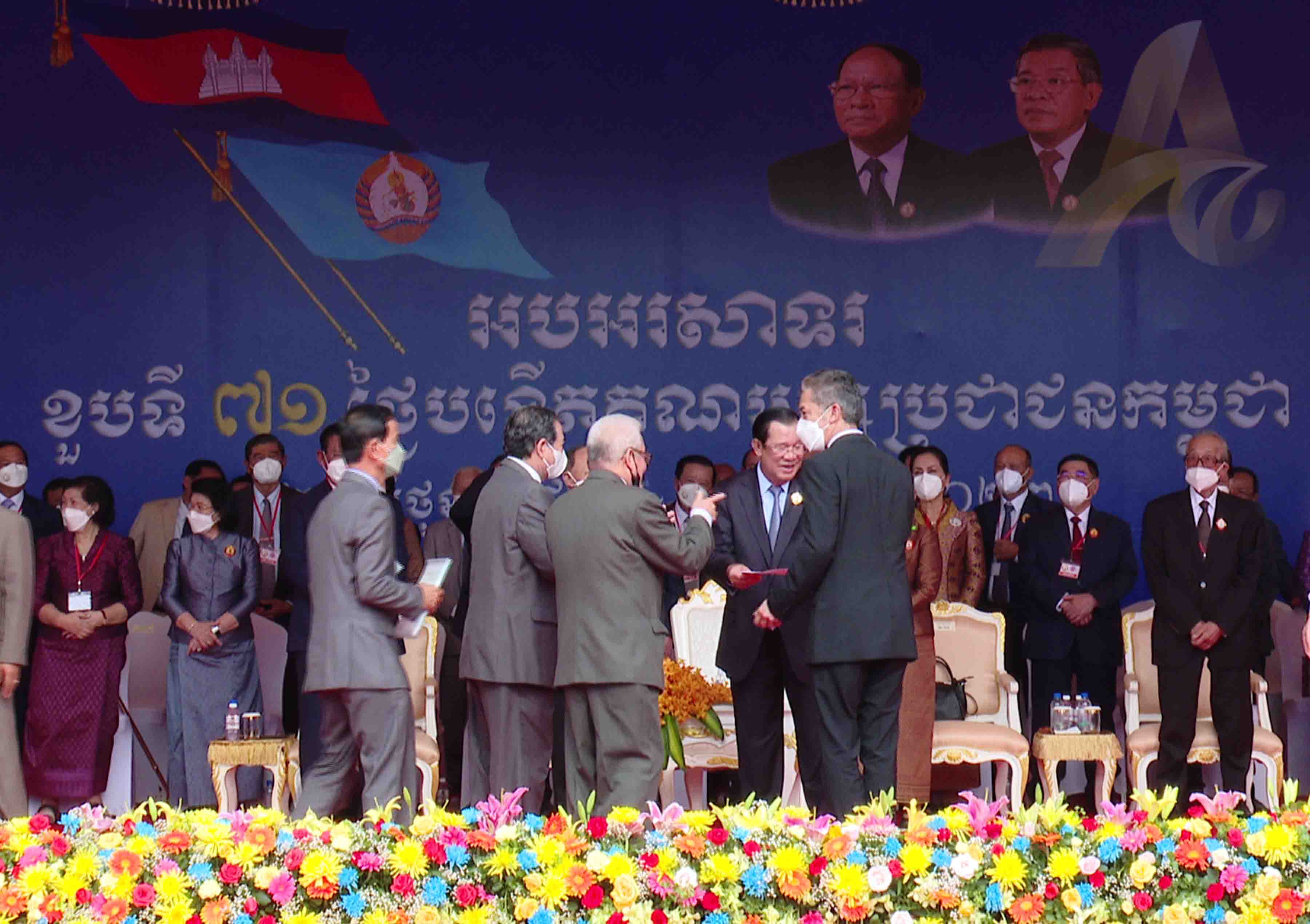