PHNOM PENH: The whole world is celebrating Pride month this June and Cambodia is no exception. This year’s Pride Fest, held at Friends Futures Factory, hosted a Mr. Pride pageant, a tuk-tuk race, and many performances from both drag queens and mainstream artists, before closing the night with DJ Shaman.

EAC News attended this year’s Pride Fest on 18 June to join in on the celebrations.

The Pride celebration was welcome to all, regardless of gender, sexual orientation, age, race, or religion. People from all walks of life joined in on the festivities, which began with a Tuk Tuk race from Factory Phnom Penh, featuring decorations and colorful costumes, and finished at Friends Futures Factory. The winners for the race were announced later that night. 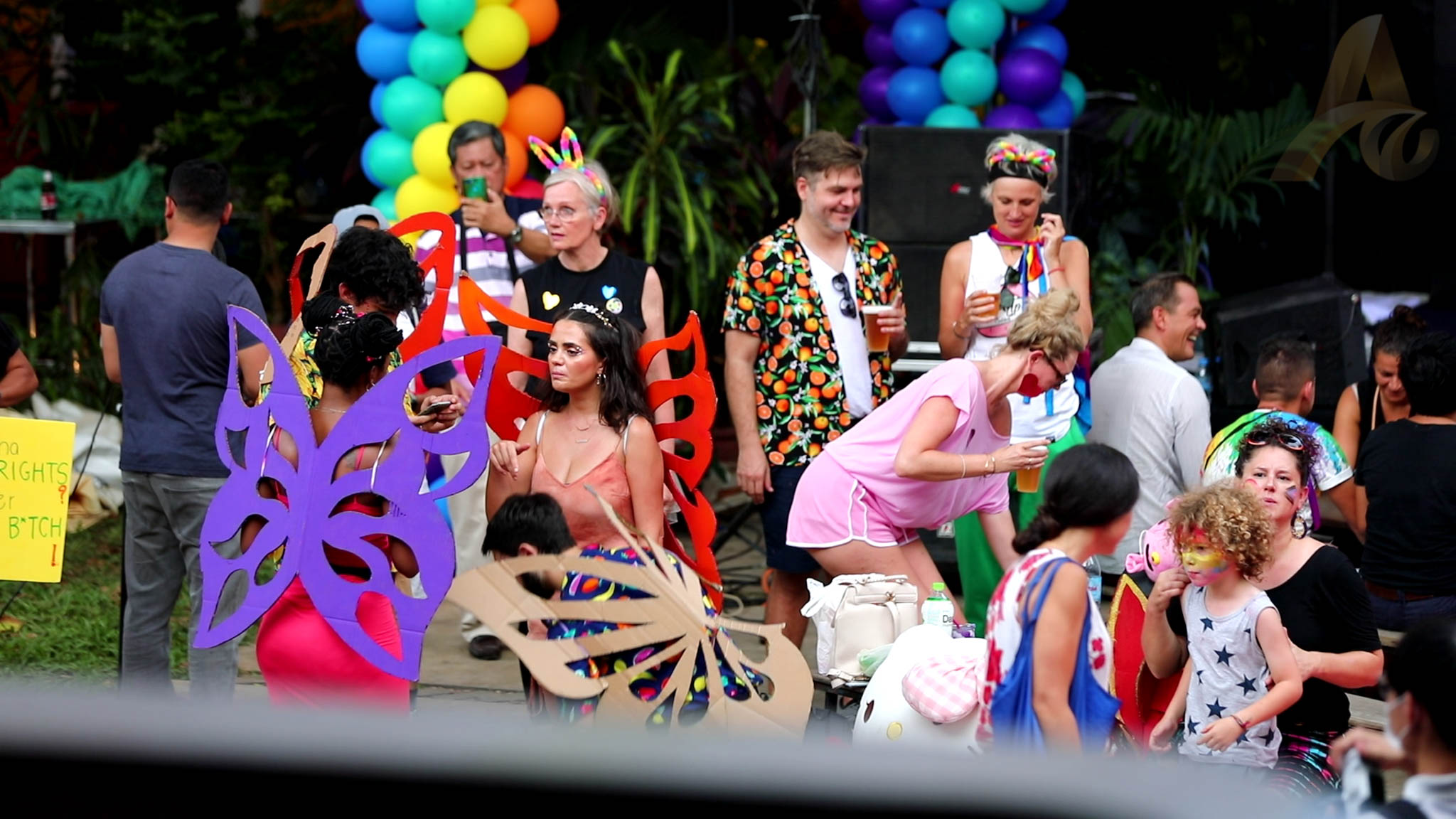 Alice, the Fundraising and Partnerships officer at Friends International (FI), said that it has been an honor and pleasure for FI to host this event as they love to foster creativity and champion inclusivity.

She said, “This kind of event is really here to promote acceptance, tolerance, and creativity [regarding the Tuk Tuk race]. Trying to go outside the box, and it’s really important for an organization like Friends.”

Alex Duffy was the master of the ceremony who kept the stage performances moving smoothly forward. The contestants of the Mr. Pride pageant started with a swimsuit walk before changing to formal wear. While the contestants changed, artists Felix and Ting Tong performed both original and cover songs, which was followed by a special circus performance by Sopha Nem. 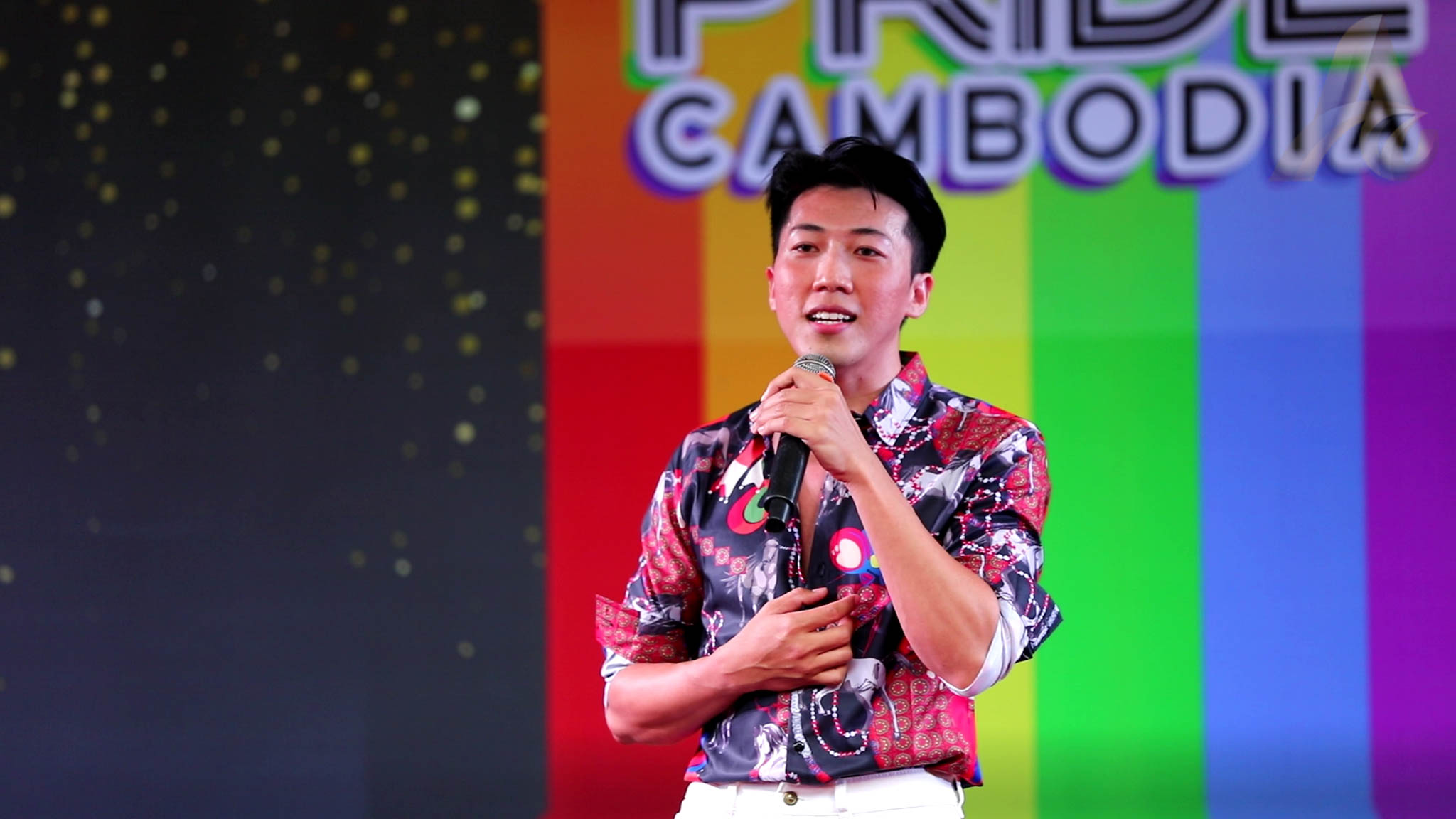 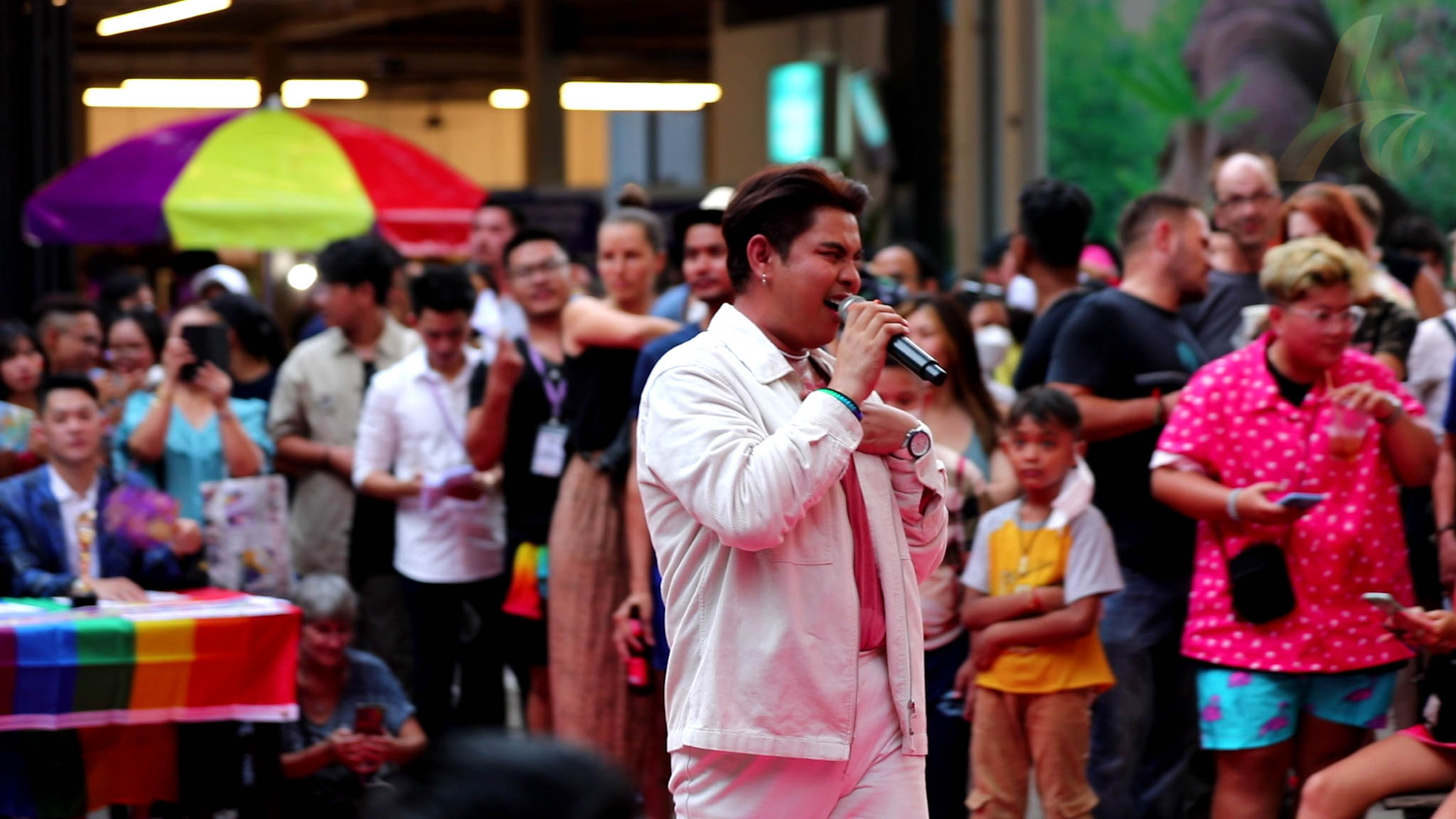 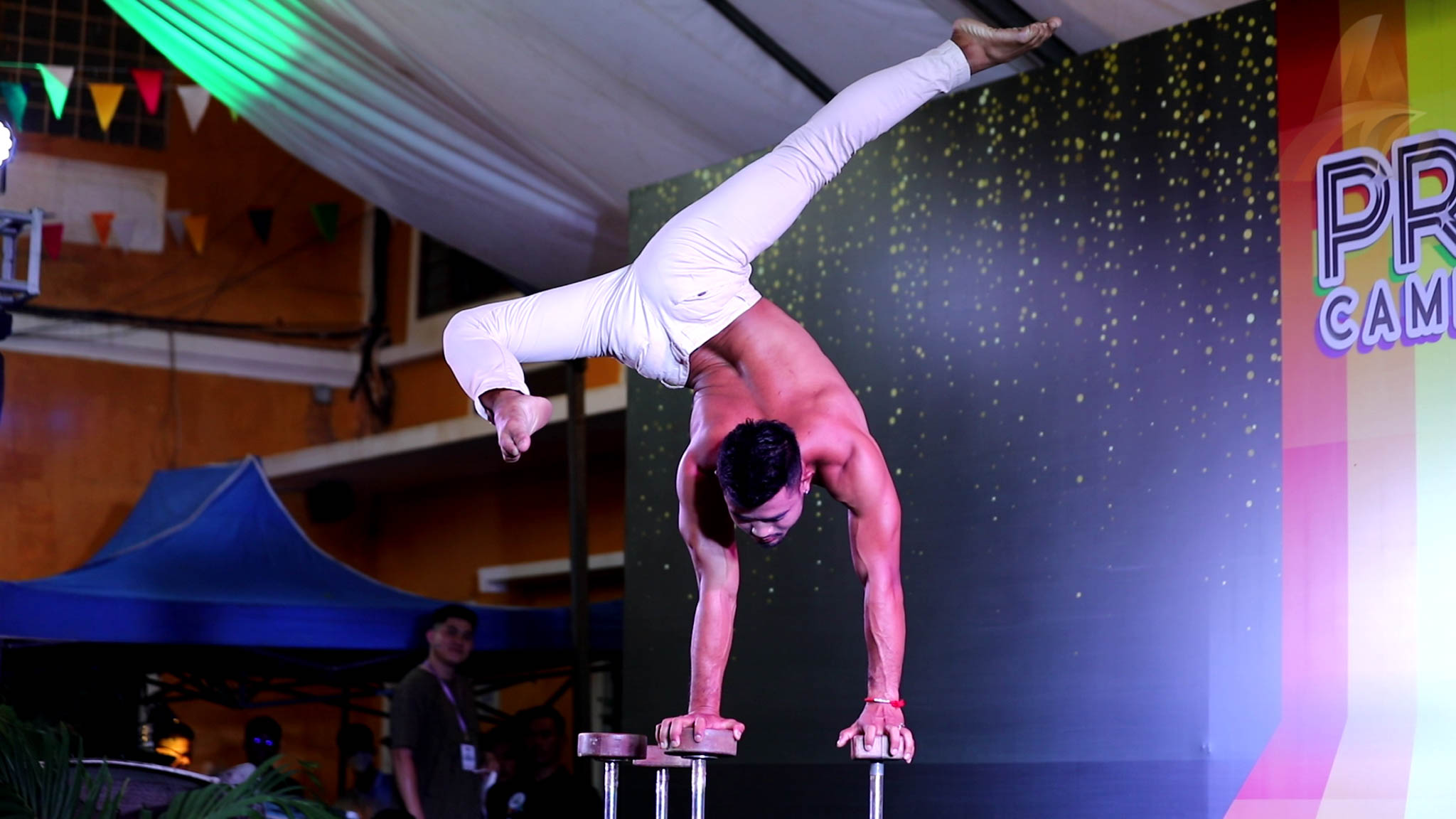 After the announcement of the top three contestants, Drag Queen Rebecca came out to give a lip-sync performance and the top three did their final walk. Miss Universe 2021, LGBTQ+ ally and advocate, Marady Ngin, joined the pageant as the judge and crowned Vannuth Sol as Mr. Pride, as a representative for standing against discrimination regardless of who they are and who they love. 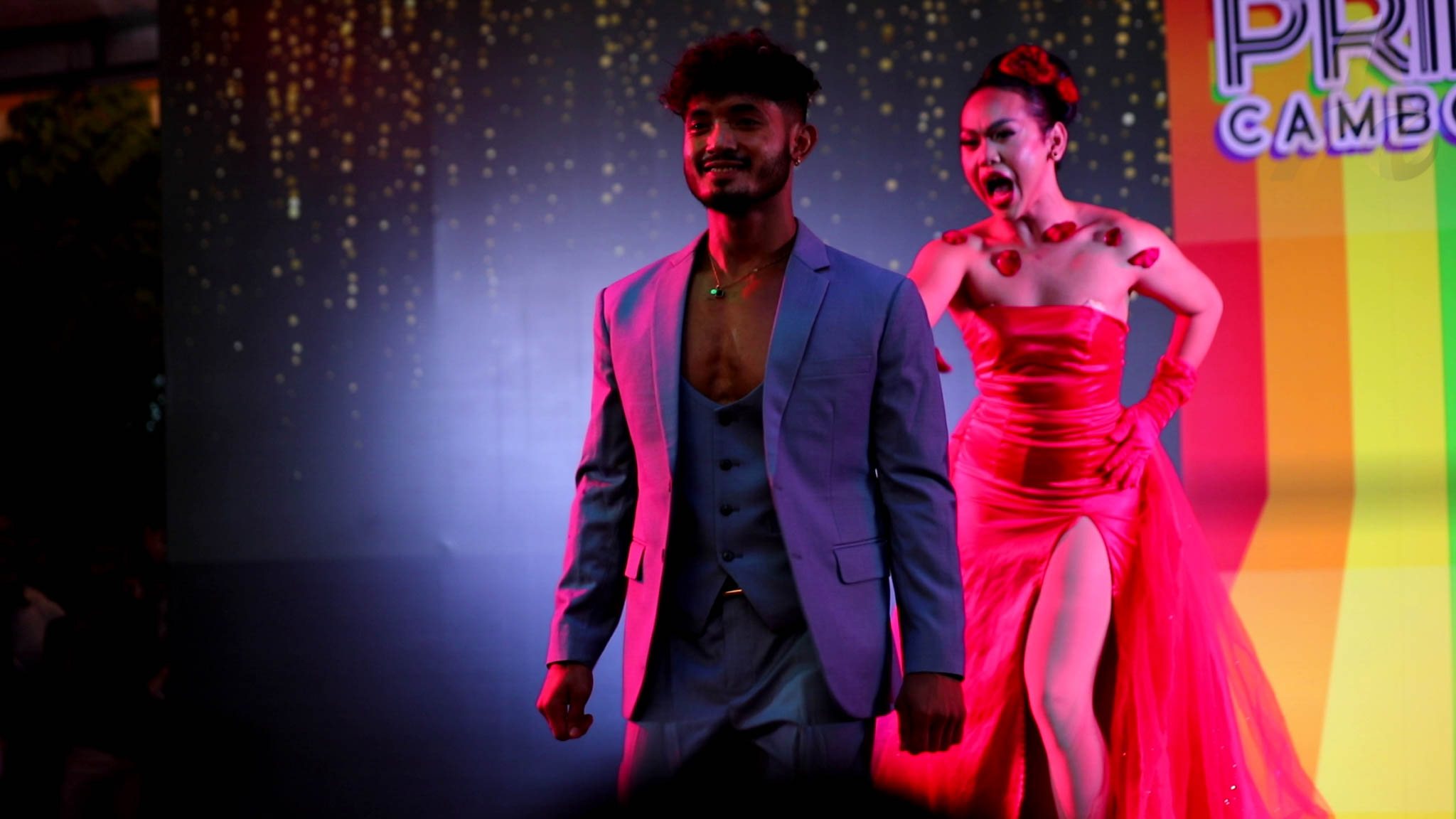 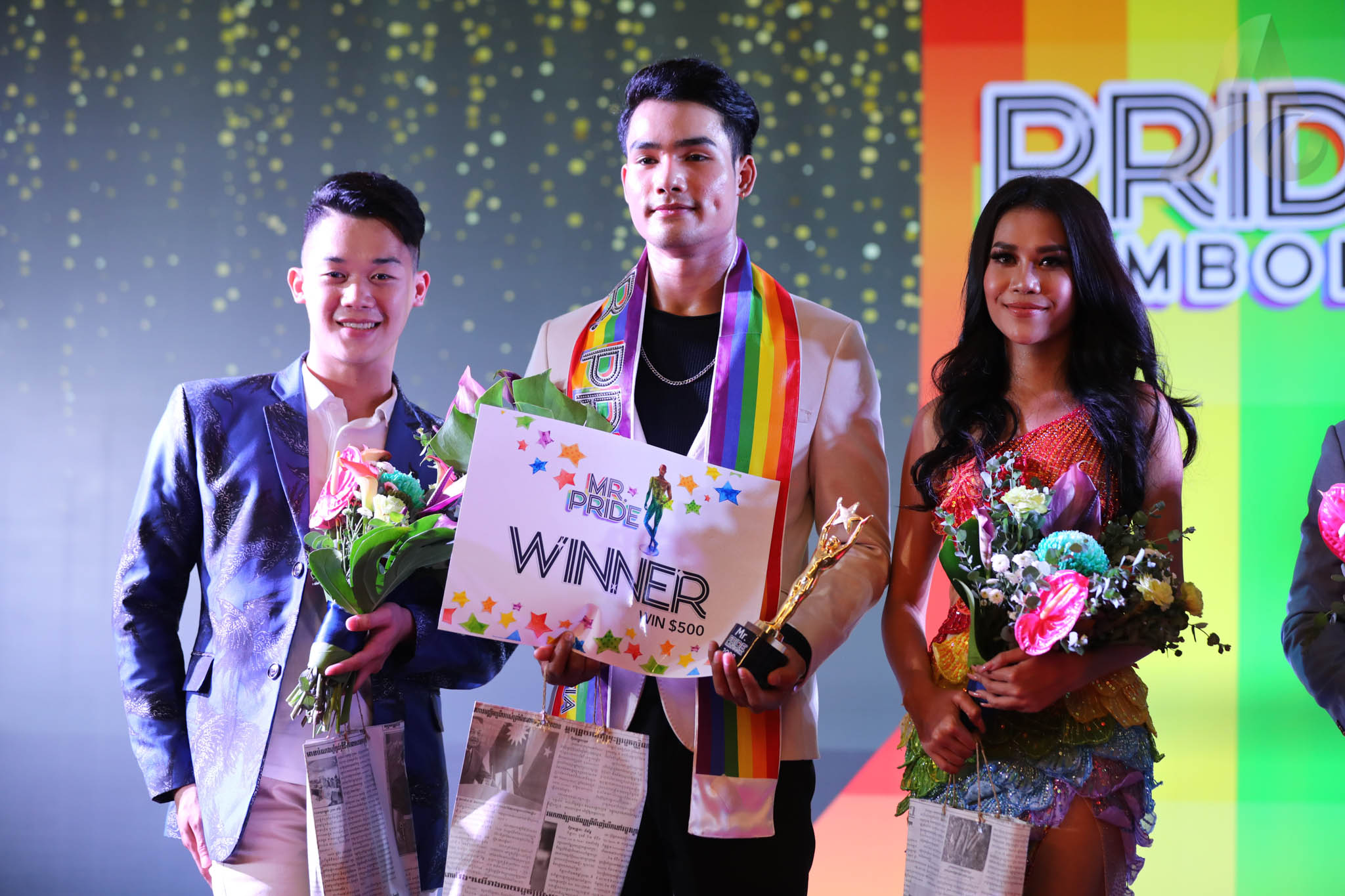 Muoy Chorm Fashion Show showed off their collection of flowery, flowy, and crochet outfits. Artists Seng Hour, Ma Chanpanha, and Sam Rocker performed their sets after representatives from I Accept and Khana Cambodia took the stage to talk about their organizations that work to raise awareness of sexual health and accepting people as they are. 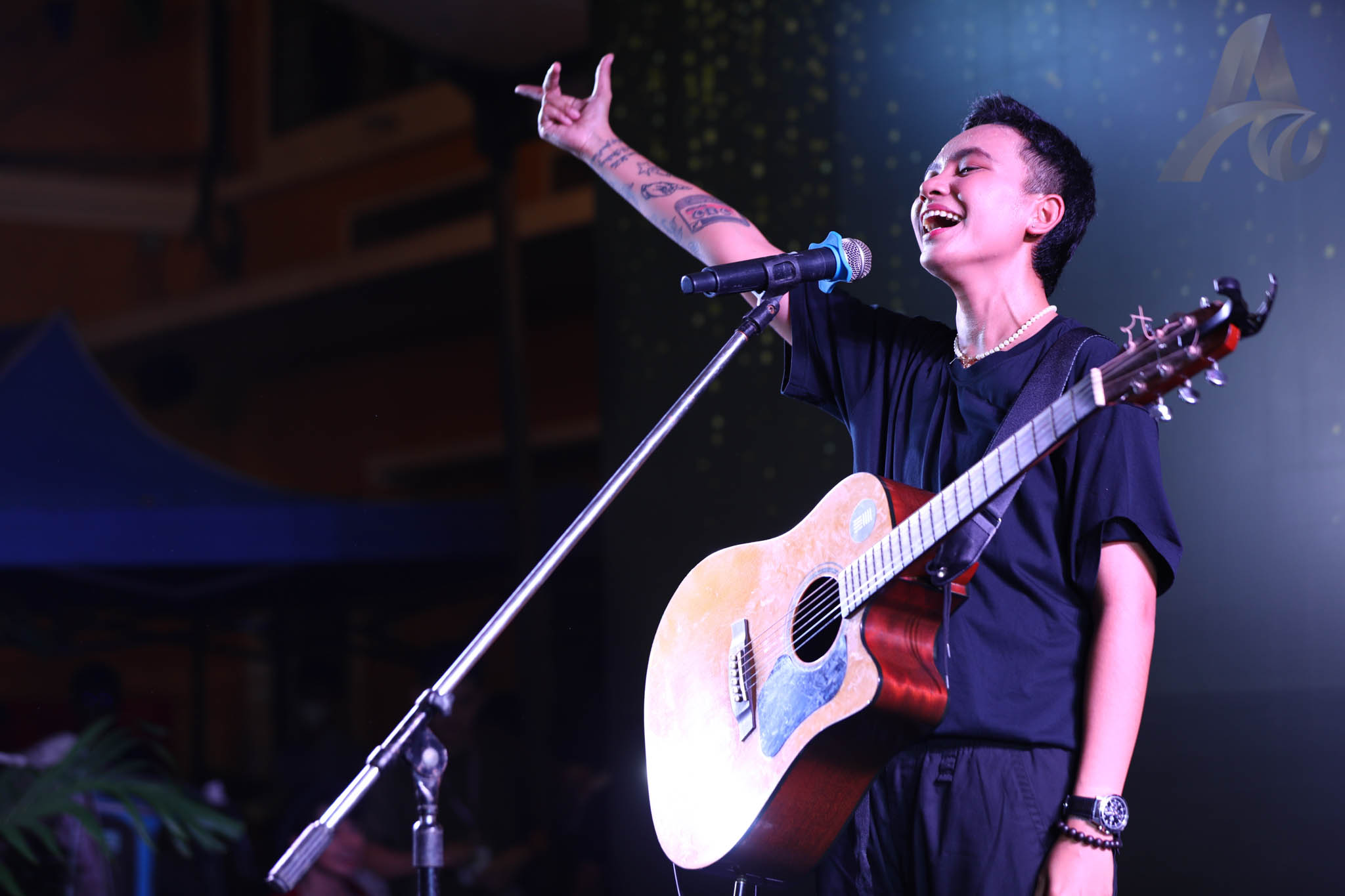 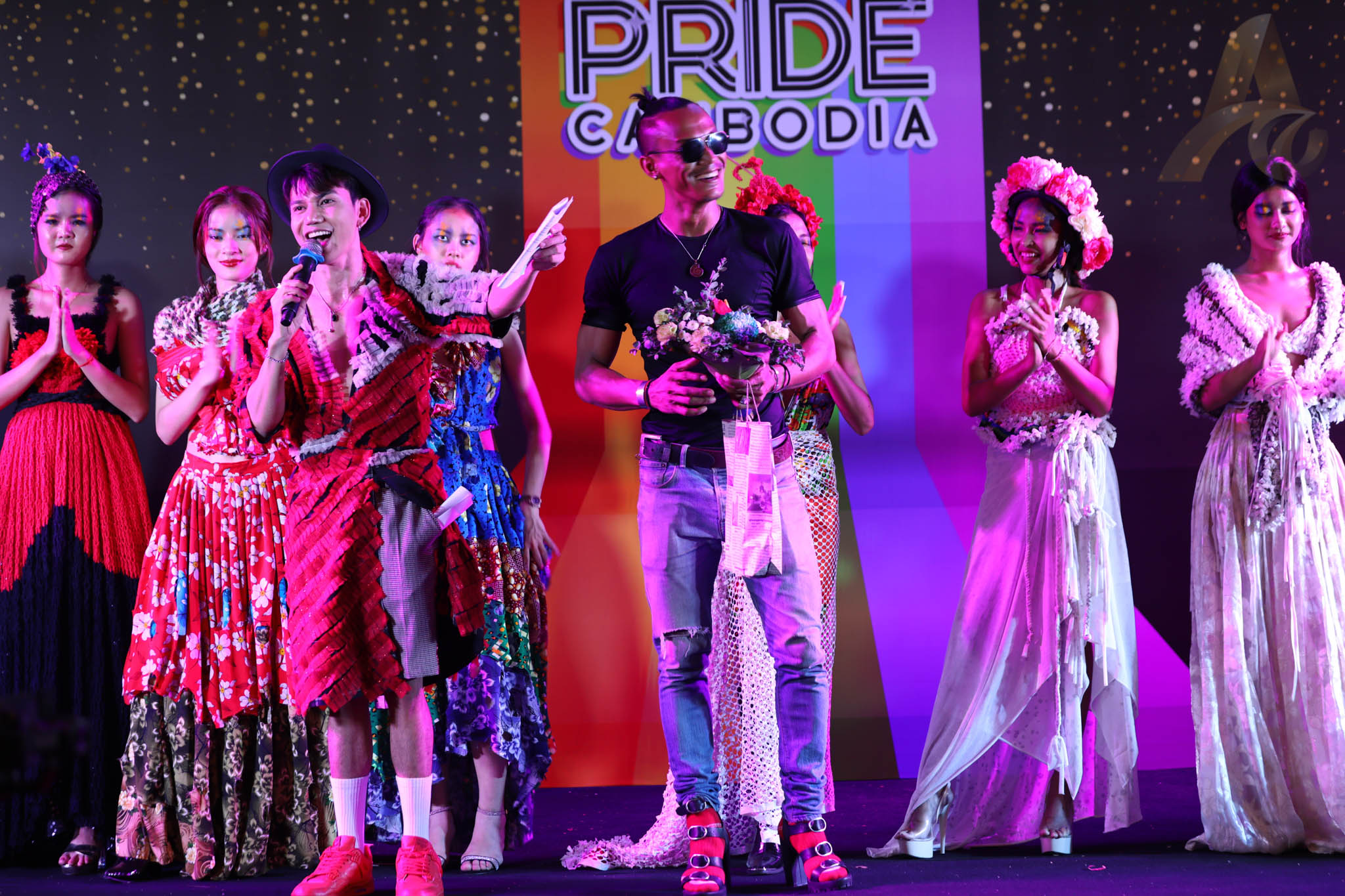 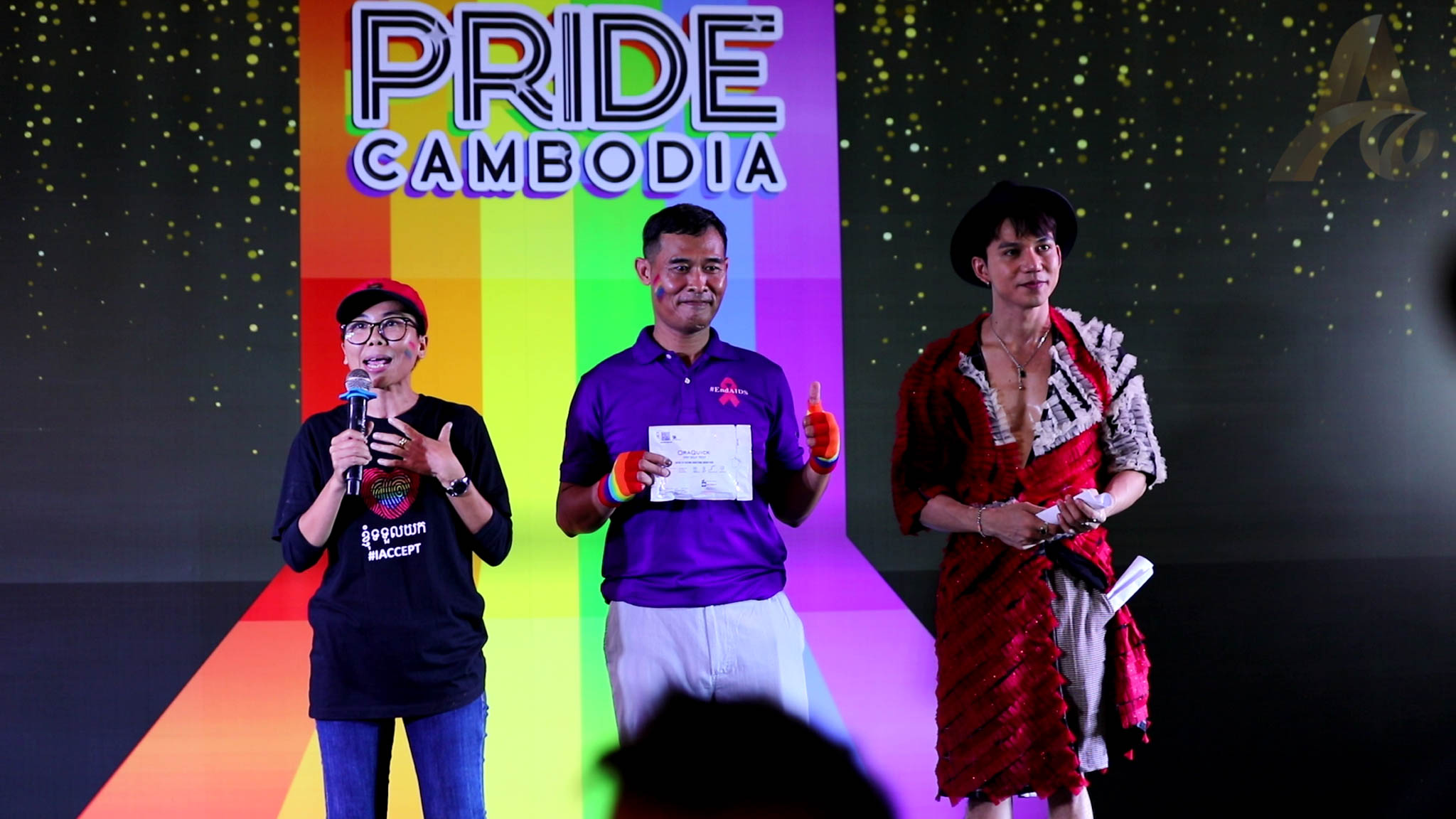 Prumsodun Ok and Natyarasa took the stage to perform Robam Pka Meas Pka Prak with Sopharoth on vocals performing “Love Adrift” live. Soon after, Jany, Nikki Nikki, and Sinora debuted their new song which is set to come out later this year. Ting Tong, Heang, and Felix performed their original song “I Am Me & More.” Kesorrr performed her songs with special guests including Peace Chong, Yaree, and Cha Cha. 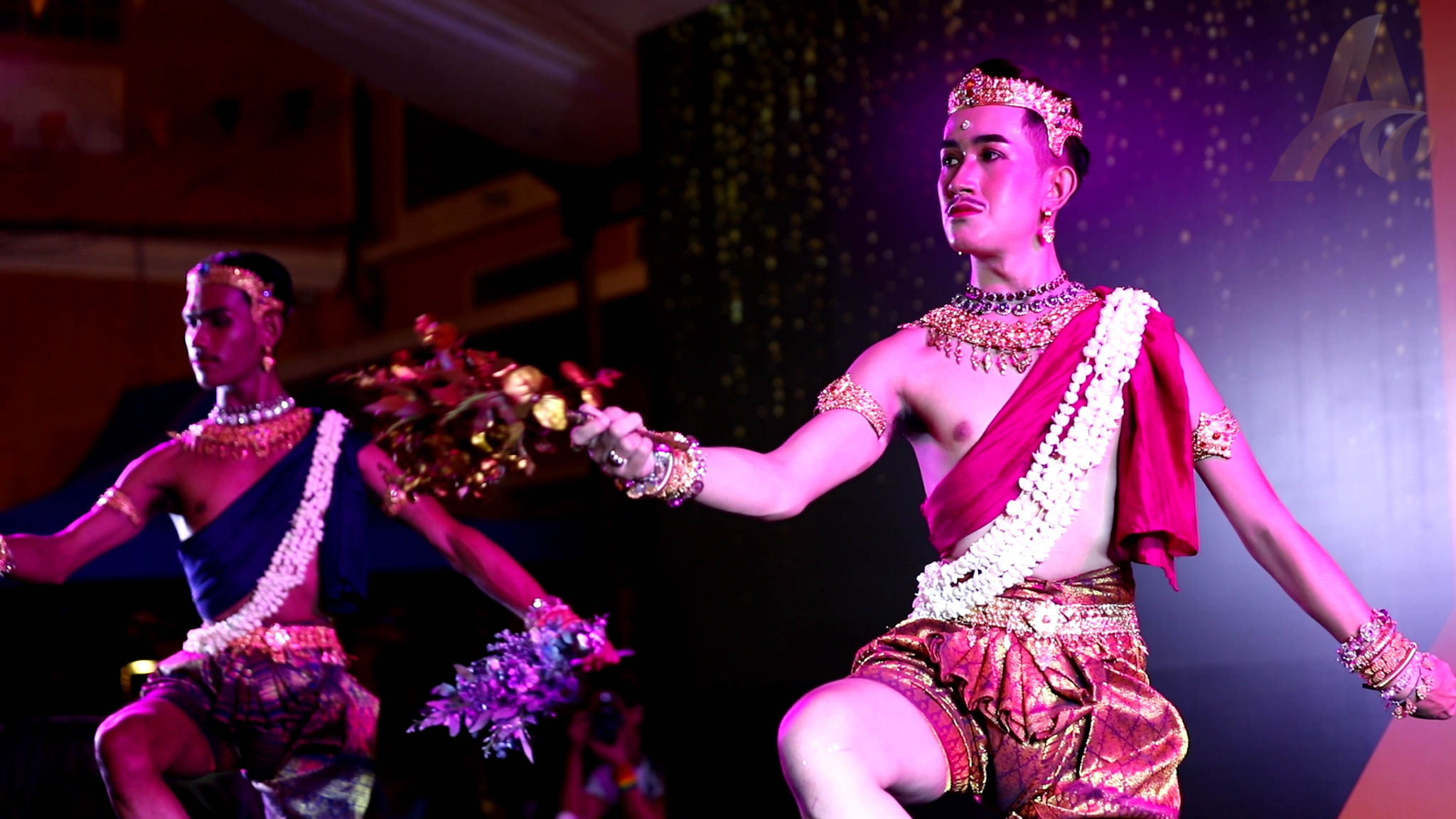 Sivmeng, a festival goer who sells tires, heard about this event from his friend. He said he wanted to celebrate Pride because he believes it is important to support LGBTQ+ events because it helps people to come out and know that they are not alone. His favorite moment from the event was Kesorrr’s performance of “Me, You & Us” ft. Yaree and Cha Cha.

He said, “The song was so inspiring that people should hear it. It’s not just [for] me. It’s [for] every gender, not just for something specific. It’s for the gays, lesbians, transgenders, or straights or whoever you are, [saying] that you should be proud of yourself and do the things that you want.” 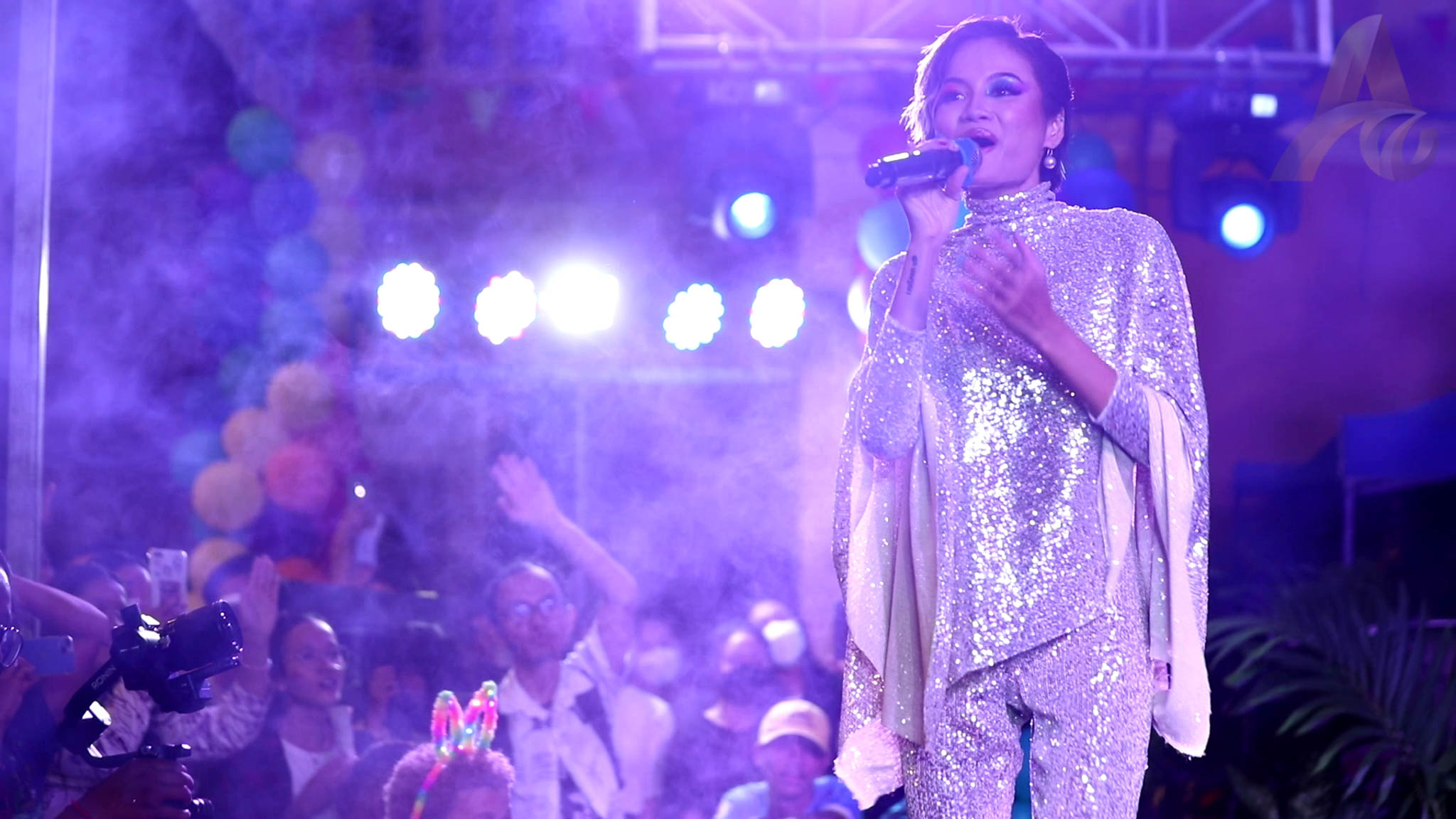 Drag queens such as Miga Diva, JC Kween, Rebecca, Vanilla Versace, and Jasmine took the stage with high-energy performances. Despite the rain, the crowd stayed put to support the artists. The final performance was given by Rebeca and later joined by the queens, an emotional autobiographical song about how she was kicked out of her home but found a family with the queens. Prosnix, Bong Nack, and the rest of the organizers took the stage to make speeches before the party with DJ Shaman commenced.

Miga Diva, who recently won Miss Equality Cambodia 2022-2023, has been working as a drag queen since 2012 at Blue Chilli. Miga Diva is known for their Lady Gaga impersonation because the singer inspired them to show their true self to the world, as well as their potential to develop the society.

They said, “I would like to thank everyone who has been brave of who [they] are and standing to show off [their] talent until today as we [continuously] fight and show off our talent to the community and show that we are qualified [for anything]. I am Miga Diva, your Miss Equality Cambodia 2022, I want to say that LGBTQ+ is qualified.”

Prosnix, one of the organizers for this event and one of the founders of I Am What I Am, said he almost gave up on a lot of things including organizing this event, but with the encouragement of Bong Nack, he found himself becoming emotional over the love present at the event and said he hopes people will continue to be who they are.

He said, “I got really emotional. You can see I’m still crying from everything back there [on and off the stage]. It’s incredible. It’s something that I almost… I did actually kinda give up on [the event]. My friend, Bong Nack inspired me to do something and I just can’t say no to that…At some point in life, we all have that down certain time that we want to give up on everything, that’s what I had. I almost gave up on a lot of things, and this was one of them. I didn’t actually think that I could make it again and pull it through like this…I don’t care who they are, just be who they are. You don’t need to come out to be a part of this [Pride celebration]. As long as you stay true to who you are and stay true to your goal because everybody is worth it.”

Bong Nack, one of the organizers, said that it was definitely difficult to plan and find sponsors in just three weeks, but the team pulled it off and found many to help support the event. He said he felt so blessed, especially since this is the biggest Pride celebration, to date, to be held in Cambodia in a public open space instead of a bar or club, and he plans to make the event even bigger next year.

He said, “They have been helping me out a lot; otherwise, this event wouldn’t happen. I asked them a little bit. They said yes right away. Some of them even went beyond what I was asking for. So I’m so happy and thank you all for that. And just look at what’s happening [at the staging area] at the back. I was hoping that there’s no rain, but rain is coming. Even with the rain, people are still here. People are still dancing in the rain, and this is what Pride is all about. I’m so excited that everyone came out to show who they really are and show the world that we are here… Next year, I will plan to make it a bigger one, and for those people who didn’t come out this year, please come out next year. We need to show Cambodia that we deserve to be happy. We deserve to be loved just like everyone else.”

Phnom Penh’s Pride Fest is about self-affirmation, dignity, equality, and increasing visibility of the LGBTQ+ community, to allow everyone to live their truth, loud and proud. Everyone deserves to be loved and know that they are worth it. 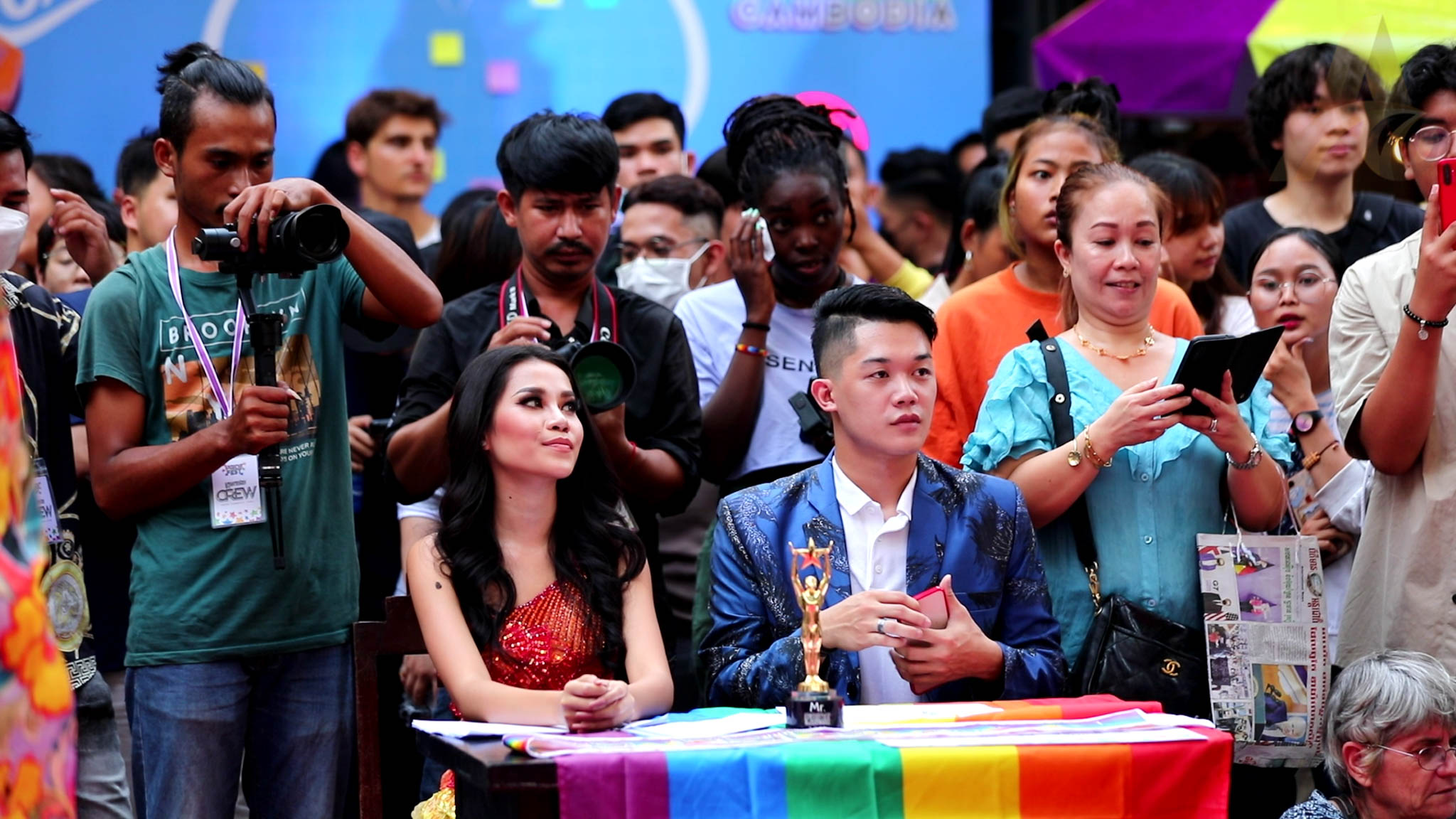 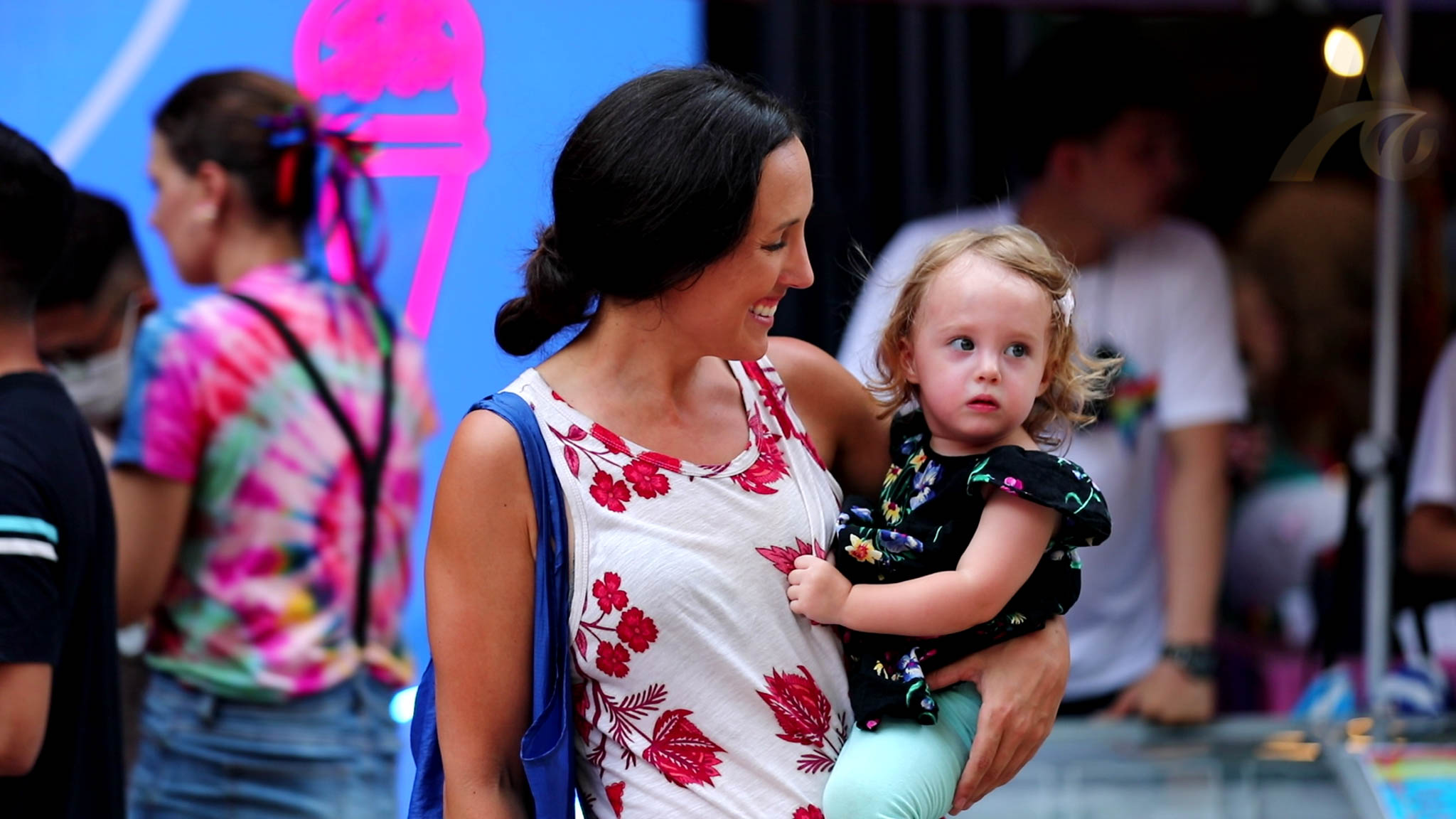 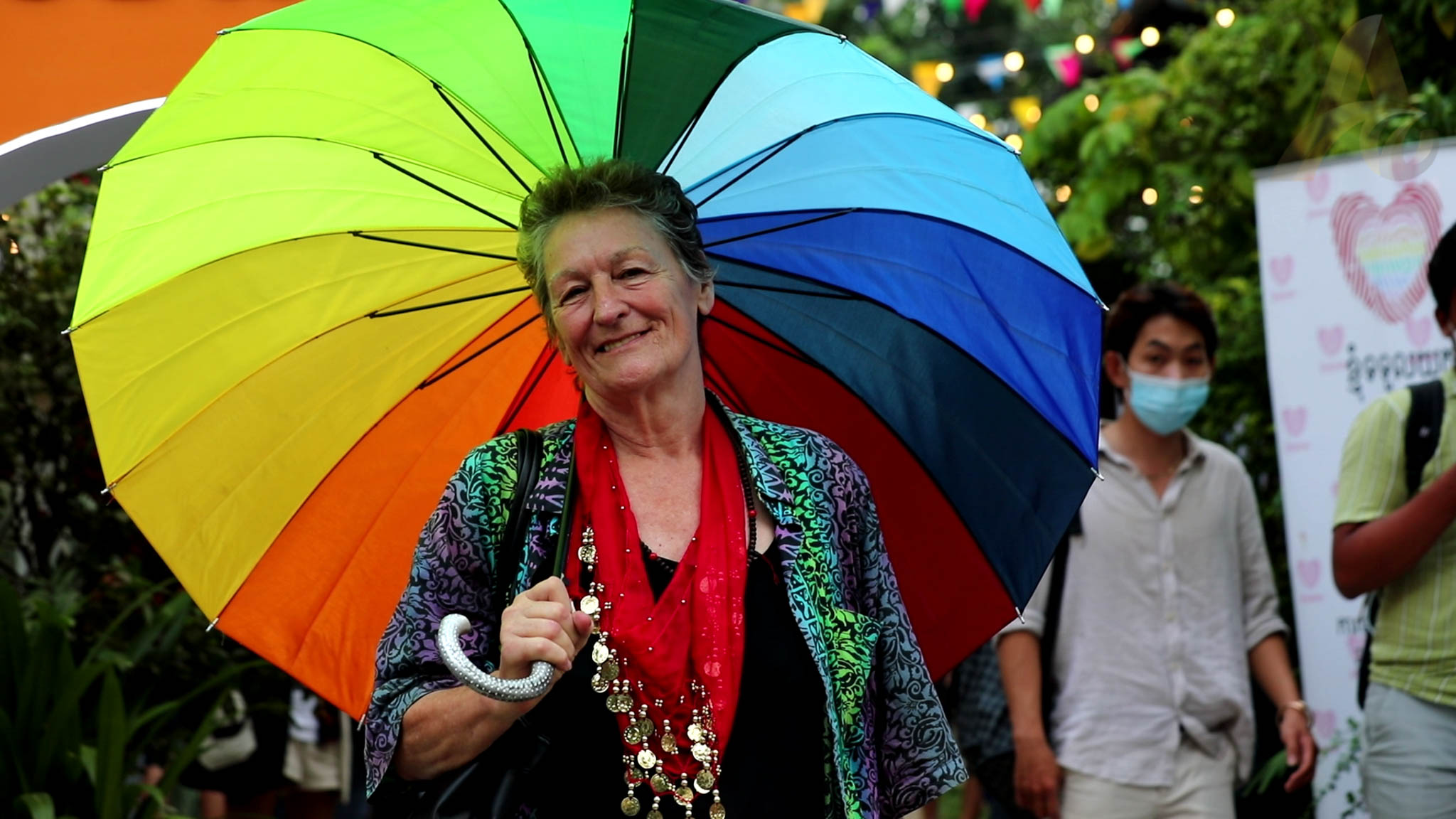 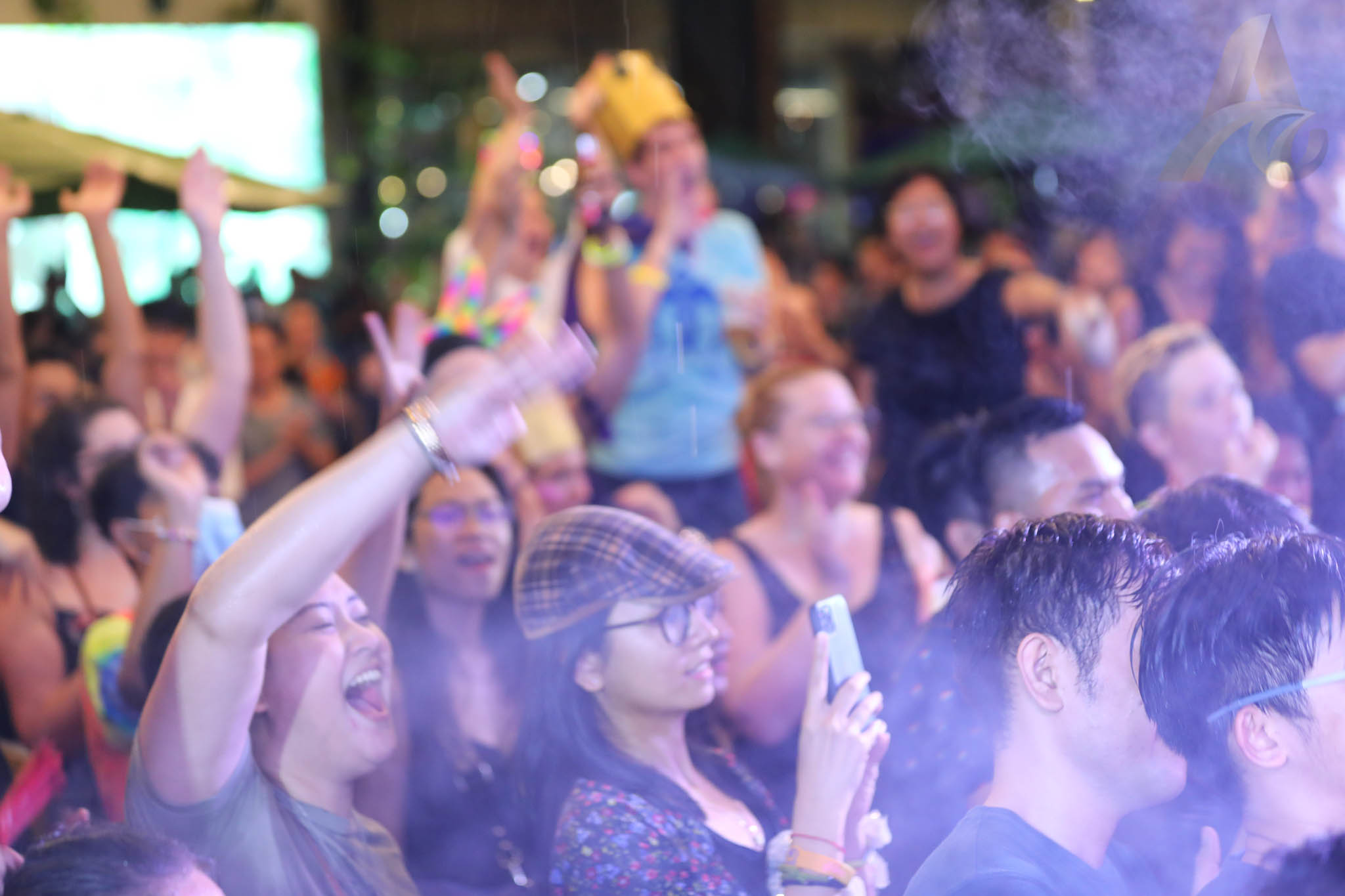 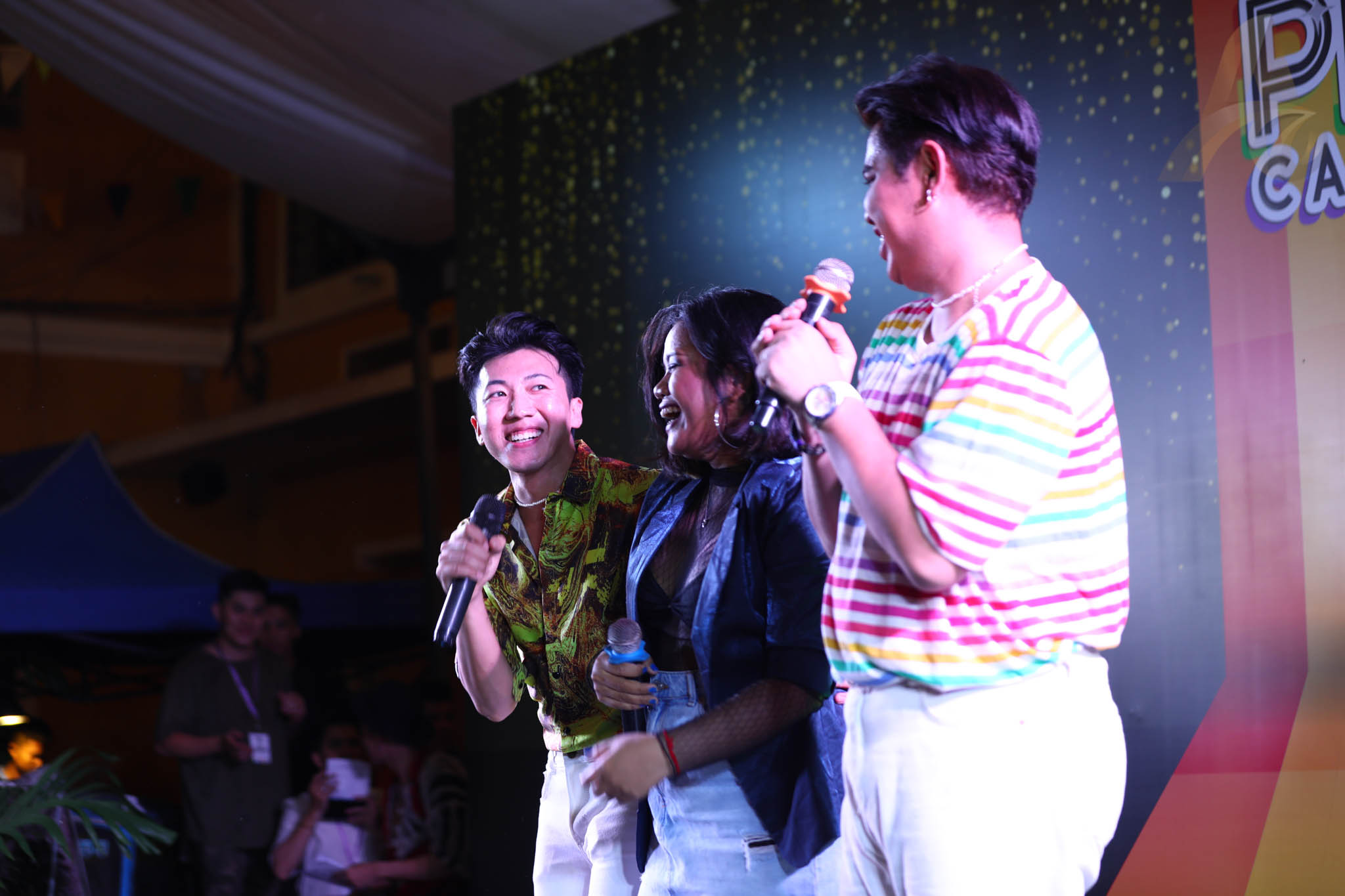 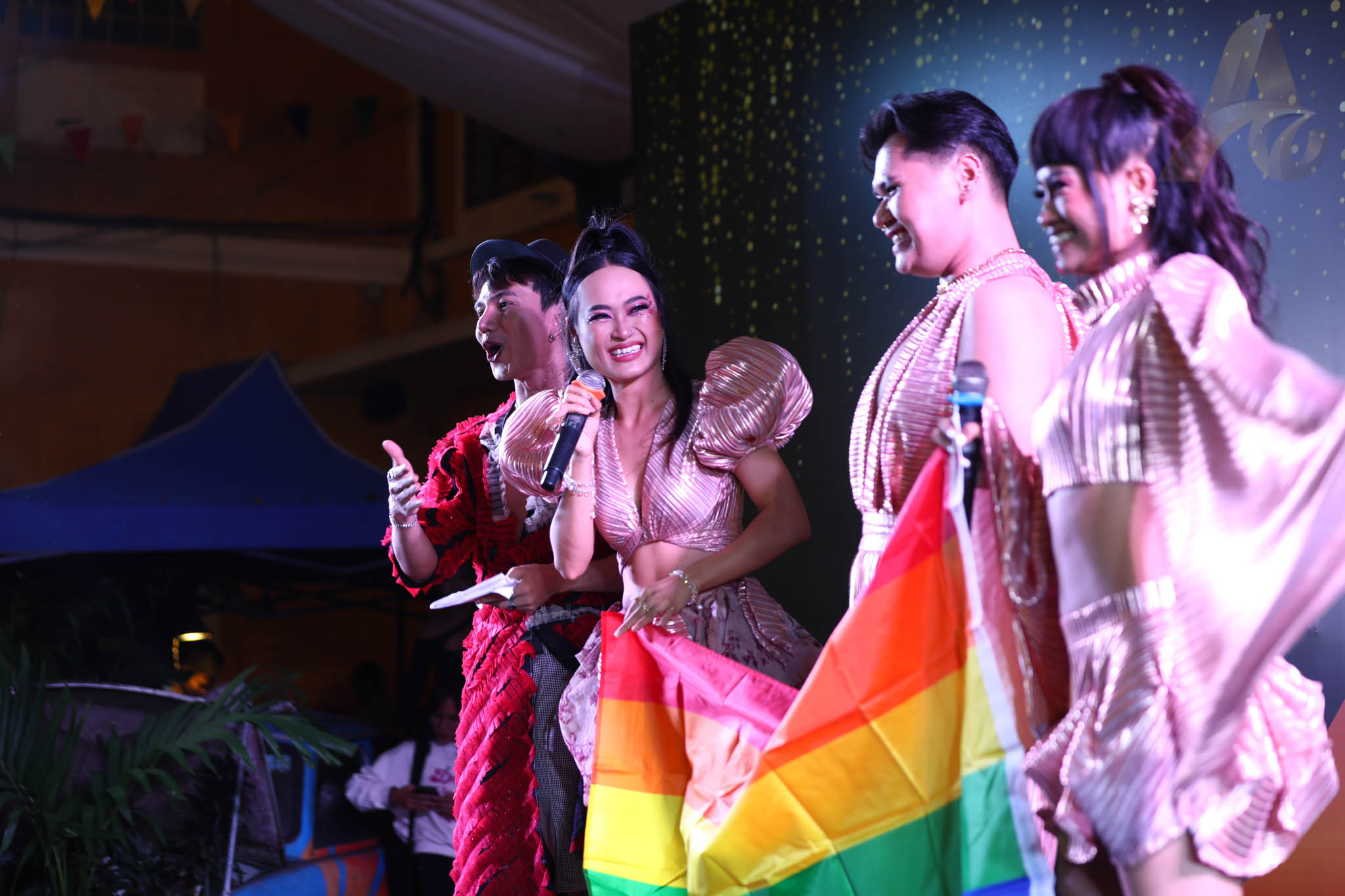