INTERNATIONAL: Russian missiles struck the Ukrainian capital Kyiv on Sunday 26th June, a day after a key eastern city fell to pro-Russian forces in a major set-back for Ukraine.

Russian missiles struck a residential building and the compound of a kindergarten in central Kyiv on Sunday (June 26), killing one person and wounding five more, officials said, as Moscow stepped up its air strikes on Ukraine for a second day. The historic district, one of Kyiv's central, is home to a cluster of universities, restaurants and art galleries.

Ukrainian rescue workers on Sunday (June 26) recovered a body from the rubble of a building in the capital Kyiv after it was struck by Russian missiles.

At least six people were wounded after missiles hit a residential building and kindergarten in the city centre, officials said.

Kyiv's mayor, Vitali Klitschko, said that residents are being rescued and evacuated from the buildings.

"There are people under the rubble," Klitschko said.

Air raid sirens regularly disrupt life in Kyiv, but there have been no major strikes on the city since June 5 when a rail car repair facility was hit on the outskirts and a late April shelling when a Radio Liberty producer was killed in a strike that hit the building she lived in.

Up to four explosions shook central Kyiv in the early hours, in the first such attack on the city in weeks.

U.S. President Joe Biden referred to the Russian missiles strikes on an apartment block and kindergarten in Kyiv this Sunday (June 26) as "barbarism".

The leaders of the G7 countries seek to show long-term support for Ukraine even as the war's growing impact on the world economy tests their resolve. 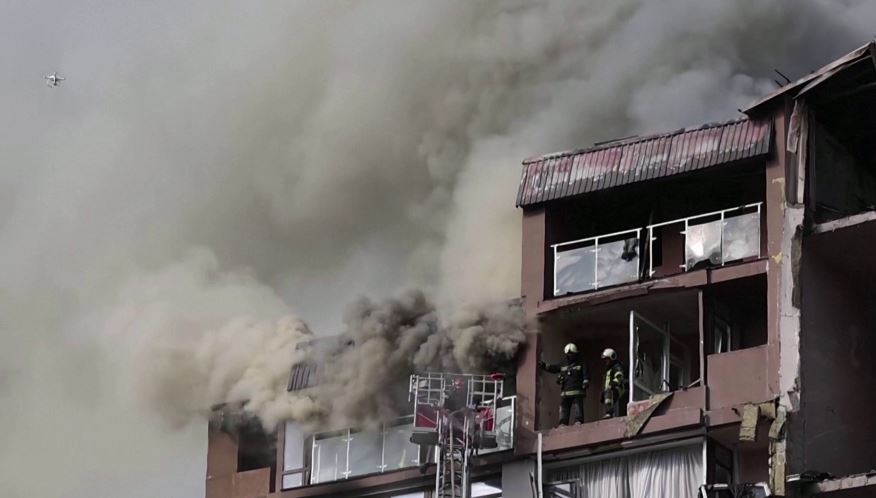 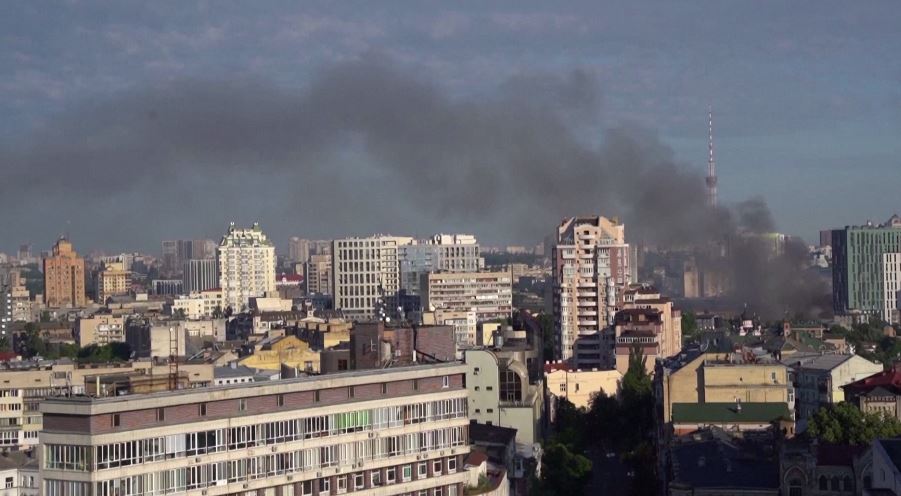