INTERNATIONAL: On Sunday evening June 26 the G7 announced to mobilize 600 billion dollars from the G7 by 2027 for an infrastructure and sustainable development initiative and stressed they wanted “to show the world that democracy, when they work together, provide the single best path to deliver results for our people and people all over the world”,

About 4000 people have protested against the G7 summit on Saturday (June 25), according to numbers by the police. The protests took place in Munich, about 100 kilometres (62 miles) away from Schloss Elmau, where the summit is due to start on Sunday (June 26).

Protestors demanded more actions against climate changes, with banners and signs against capitalism and imperialism being held up. During the protest, a small altercation between police and protestors broke out, no injuries were reported. Otherwise the protests remained peaceful.

Leaders of seven of the world's most advanced economies will meet for three days in Southern Germany to discuss various issues, with the war in Ukraine and resulting global food insecurity dominating the agenda.

"Collectively, we aim to mobilize nearly 600 billion dollars from the G7 by 2027," said U.S. President Joe Biden. "These strategic investments are areas of critical to sustainable development and to our shared global stability."

"I want to be clear. This isn't aid or charity. It's an investment that will deliver returns for everyone," Biden said, adding that it would allow countries to "see the concrete benefits of partnering with democracies."

Europe will mobilize 300 billion euros for the initiative over the same period to build up a sustainable alternative to China's Belt and Road Initiative scheme, which Chinese President Xi Jinping launched in 2013, European Commission President Ursula von der Leyen told the gathering. Russia's "vicious attack" on Ukraine resulted in soaring prices and cast deep uncertainties, Von der Leyen said, particularly in the most fragile countries. "These are very severe challenges," she admitted. "But this must not and it will not divert us away from our affirmative agenda to show the world that democracies, when they work together, provide the single best path to deliver results for our people and people all over the world."

The summit takes place from Sunday (June 26) to Tuesday (June 28) in the secluded Castle Elmau, in Southern Germany. This year's agenda is dominated by the war in Ukraine and the resulting global food insecurity. 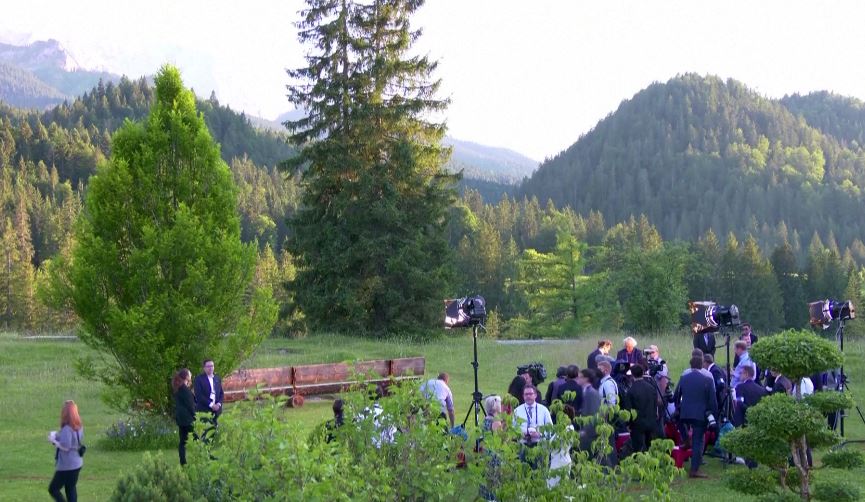 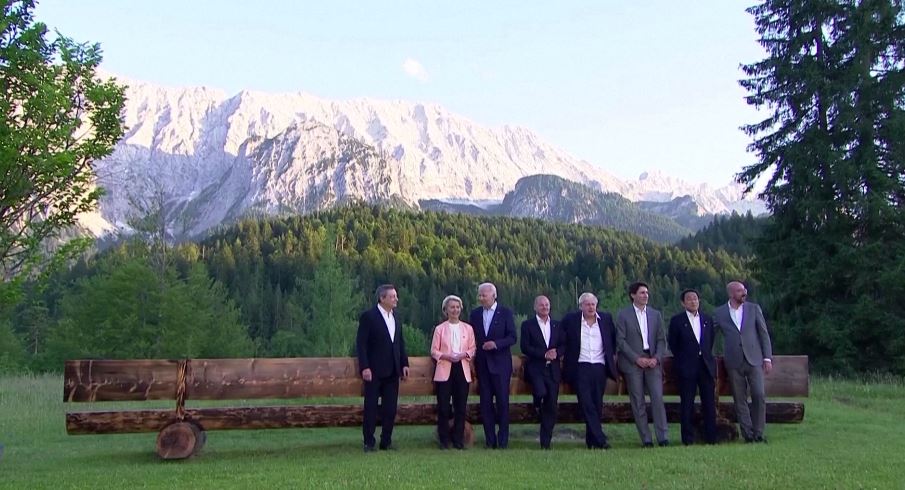 PHOTO: G7 LEADERS GETTING TOGETHER FOR FAMILY PHOTO AGAINST BACKGROUND OF SCENIC GERMAN ALPS AT THE END OF FIRST DAY OF 48TH G7 SUMMIT

"Morbius" Stuck the Landing in Cambodia

Biden stands by 'genocide' remark: 'sure seems that way to me'