Phnom Penh: On 24 June. First Lady Bun Rany Hun Sen President of the Cambodian Red Cross sent a letter of sorrow to Afghan Red Crescent, in saying after learning Afghan had an earthquake of a magnitude 6. She was also deeply saddened on the news of the Earthquake and the death toll over 1000 and wounded of 1,500, and the missing of people, loss of their houses and many villages destroyed.

In her letter to Mr Malawi Muti Ul-Haq khales Acting President of Afghan Red Crescent. The first lady said in the name of the Cambodian red cross and in her personal name, she would like to convoy her sincere condolences and heartfelt Sympathy to the Afghan Crescent and to the Afghan people, particularly to victim families and to those who lost their beloved ones.

First Lady Bun Rany Hun Sen also mention, she would like to pray for the speedy recovery with the DREF foods from IFRC in the restoration. 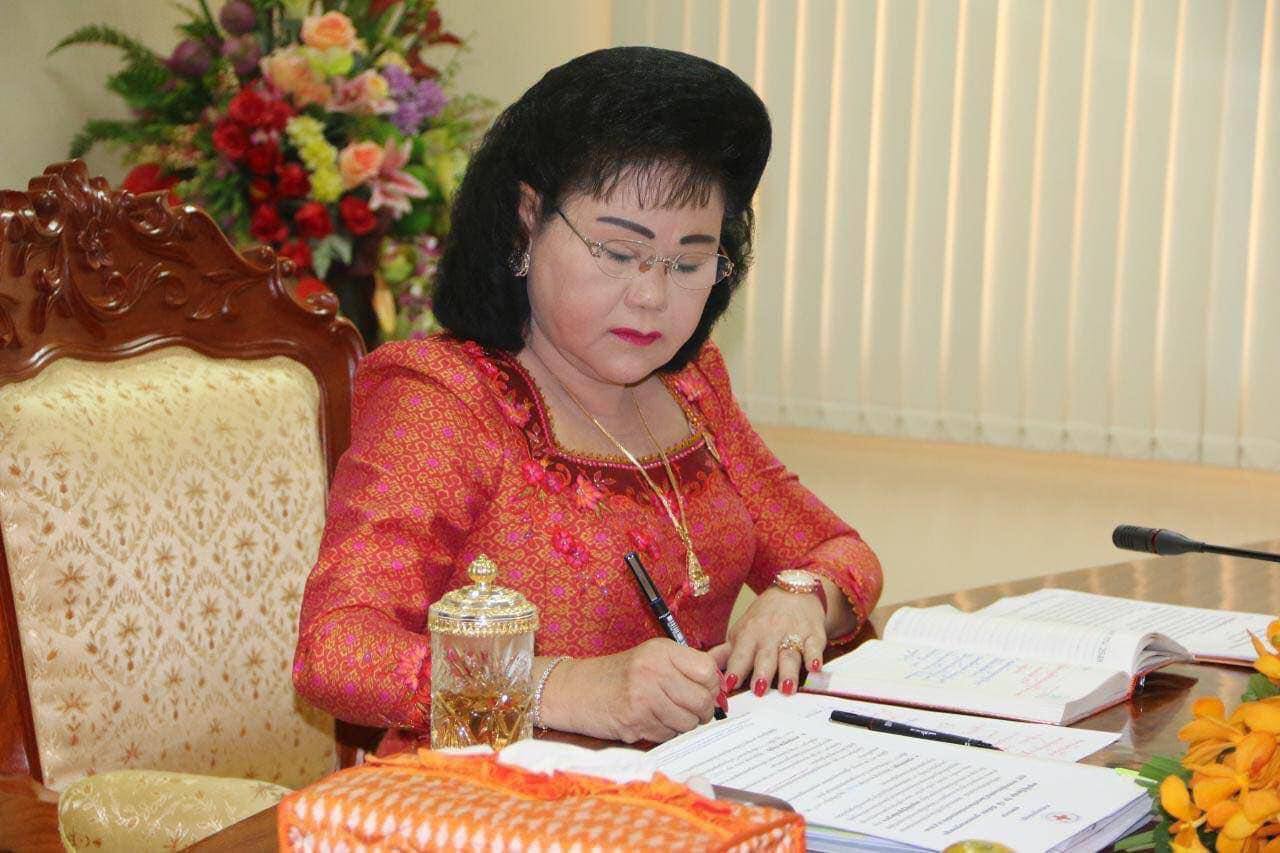 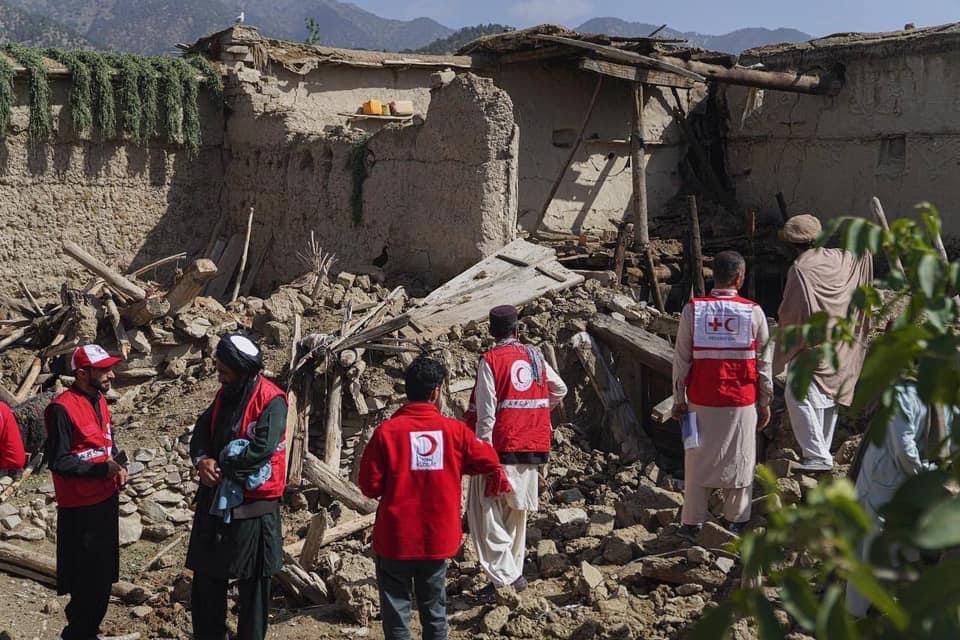 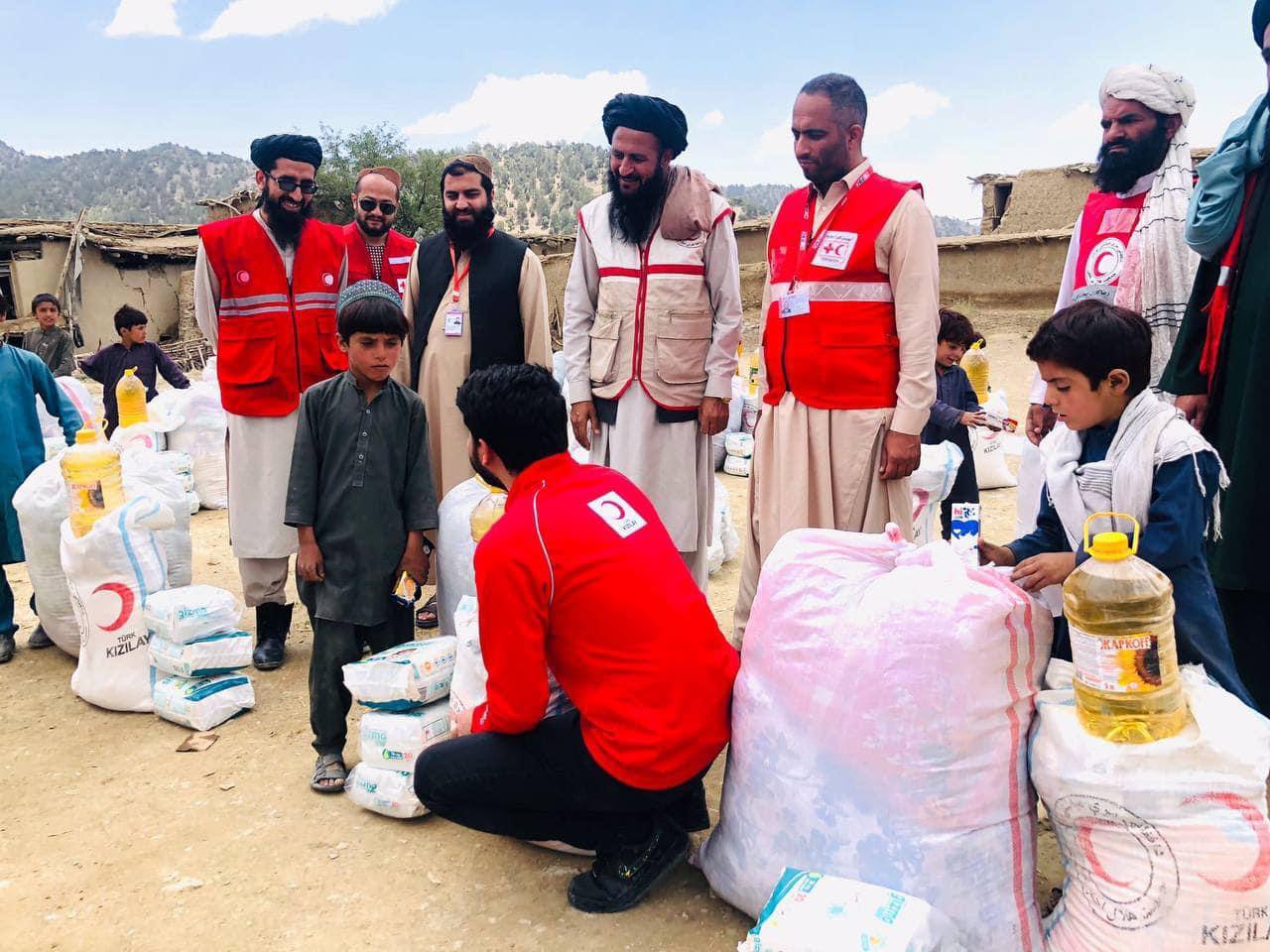 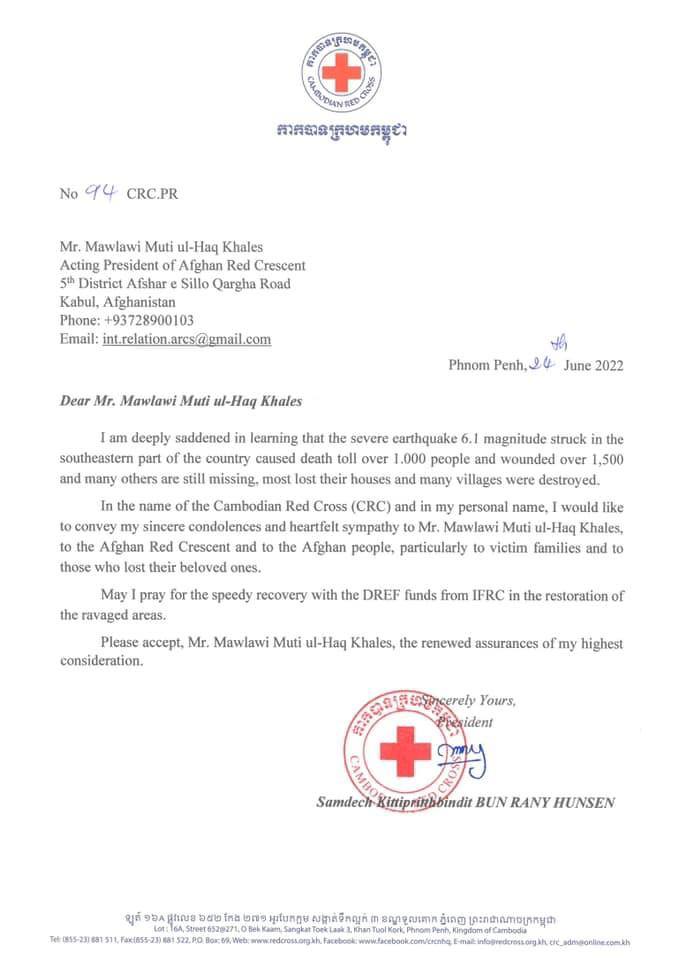