Phnom Penh International Half Marathon returns after a two-year absence

PHNOM PENH: After an absence of two years due to the covid19 pandemic, the Phnom Penh International Half Marathon returned in fine form with over three thousand competitors. Organizers, were happy with the registrations and are now looking forward to the 7th Khmer Empire Full Marathon starting and finishing in front of Angkor Wat Temple Siem Reap.

Due to a two-year absence due to covid19, the Phnom Penh International Half Marathon returned with a vengeance. Over three thousand competitors competed and hundreds of volunteers help to put the marathon back on track. The organizers were overwhelmed with the response they received.

Eac News went to the Half Marathon expo to chat with organizers and competitors, and also had the privilege to interview the Managing Director Sam Phalla.

Q. Can you tell us about your organization?

Q. ‘What’s the feeling like today from the runners?’

A. ‘Today is a very happy day for everybody who is running, the runners they come to collect the sponsor the race kit today and tomorrow for the on a 19th they we have a big marathon event in front of the Royal Palace, the for the celebration of the 10th anniversary, also our Phnom Penh international half marathon’.

Q. ‘This is your 10th year running the half marathon in Phnom Penh?’

A. ‘Yeah the 10th anniversary of the Phnom Penh international half marathon in Phnom Penh, the first one we organized in 19 in 2013, and until today its 10 years already, but we have some problems with the COVID pandemic period two years. We didn't do anything and we just start again for this year 2022. Marathons Yeah’.

Q. What are the distances of the marathon and have you received a lot of registrations this year.

Q. Do your runners come from all over the world?

A. ‘Yeah, they come from actually 52 countries including Cambodia. 52 countries so we have the first top three countries we have Japan, China and we have another one. I maybe Australia something I forgot a bit sorry about that. Yeah, we will check again’,

Q. ‘The Marathon is for anyone to join?

‘Yep Family is not limited to open for the family from kids to the old people for the whole family.’

Q. ‘How does everyone feel the marathon takes place in front of the Royal Place’

A. ‘Yeah you see we are very happy because the giant Place is to give us to organize this one in front of exactly in front of the gate at the Royal Palace. And this even in Phnom Penh especially for we celebrate on the way we organized for the 10 years already with the main purpose for the Celebrate the King’s mother's birthday, this the main purpose of our event, and the second one for the health of the Phnom Penh people and people around Cambodia’.

Andrew from the UK has been living in Cambodia for about 14 years, and was glad to see the Marathon back, he had run the marathon a couple of times and this year he’s the whole family is going to join.

‘I've done the 10k here a couple of times before Yes’.

Andrew was also asked if he had competed in any other marathons in Cambodia and what preparation he had done for training.

In preparation for training, I think I've done probably even more mental training than I have physical training. But I hope that kind of positive visualization will help get me over the line I might quite not make the Olympic qualifying time. But as long as I get around the one piece I'll be happy.

Two teenage boys Kruy Mong Sreng and Gauy chihok who are friends from school, came to the expo to sign up for the 21 km run. They were asked if they had run a marathon before and what training they had prepared for the marathon.

‘Well, we actually train together we run around. Whenever we find like tracks like these, we just run them around for like, an hour or two hours. And we would do five to 10 K's every single day basically’.

‘I just want to challenge myself. Because, like, my whole life has been about studying so I want to do something that's physical. So this is a good place to start’. 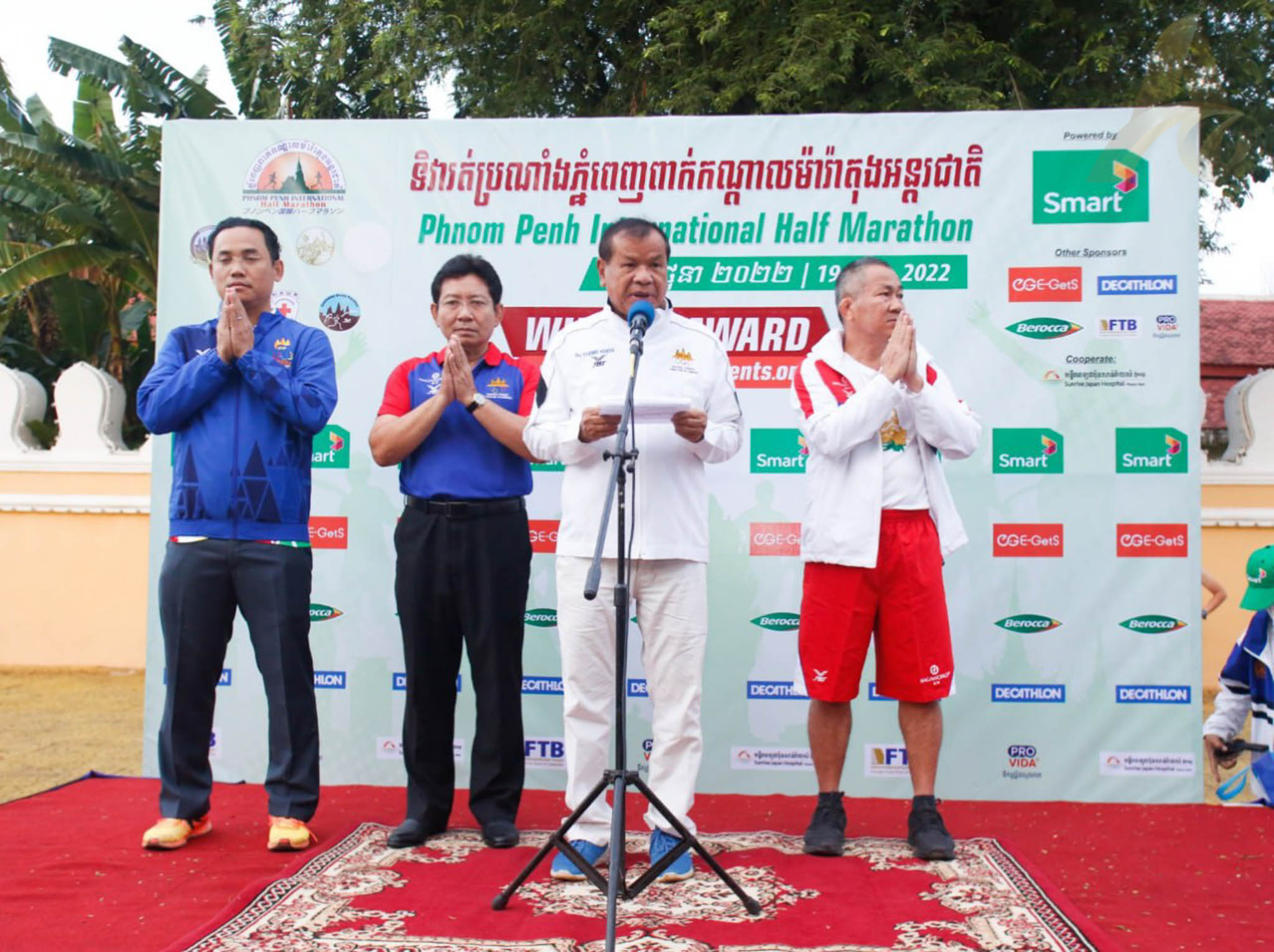 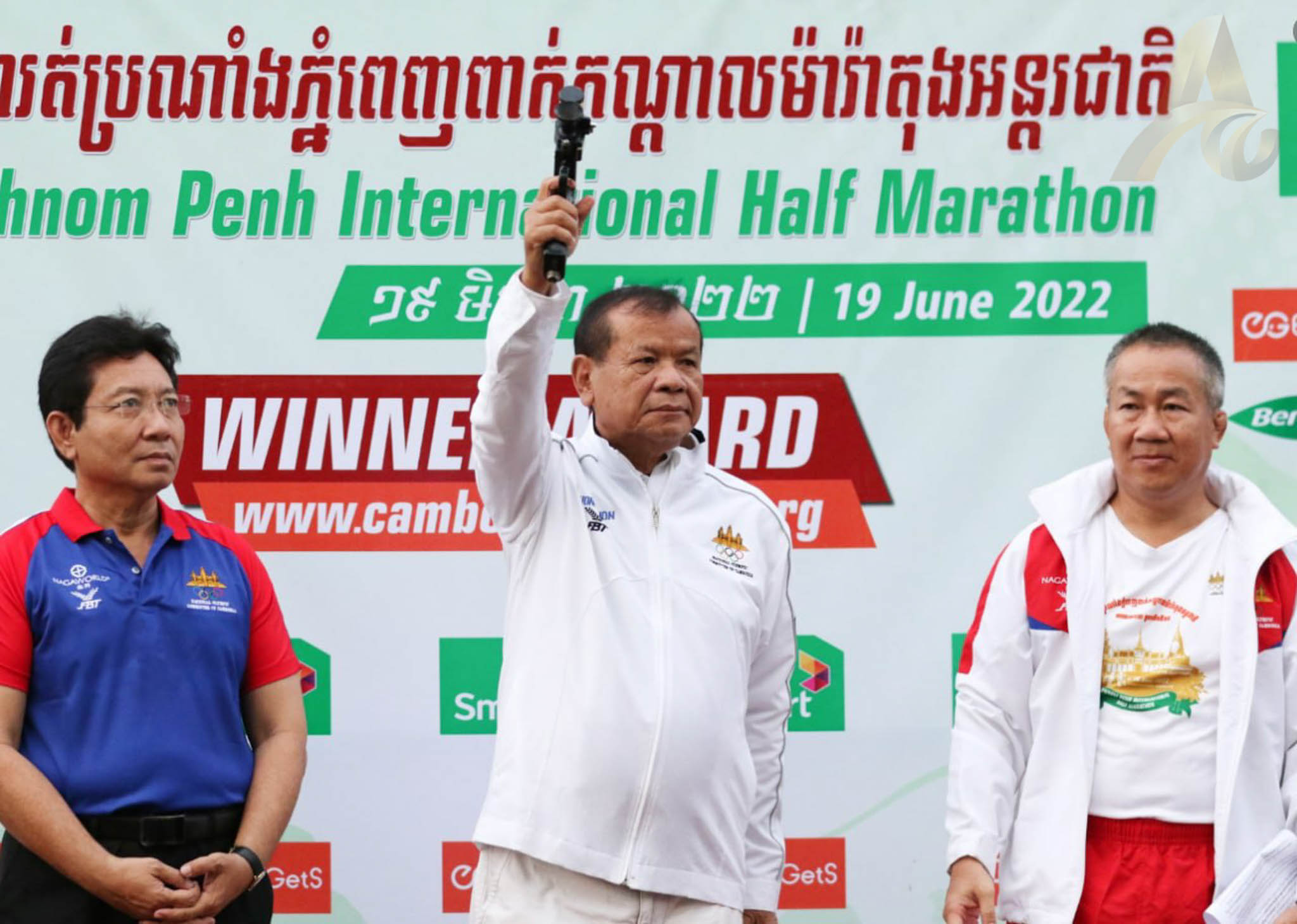 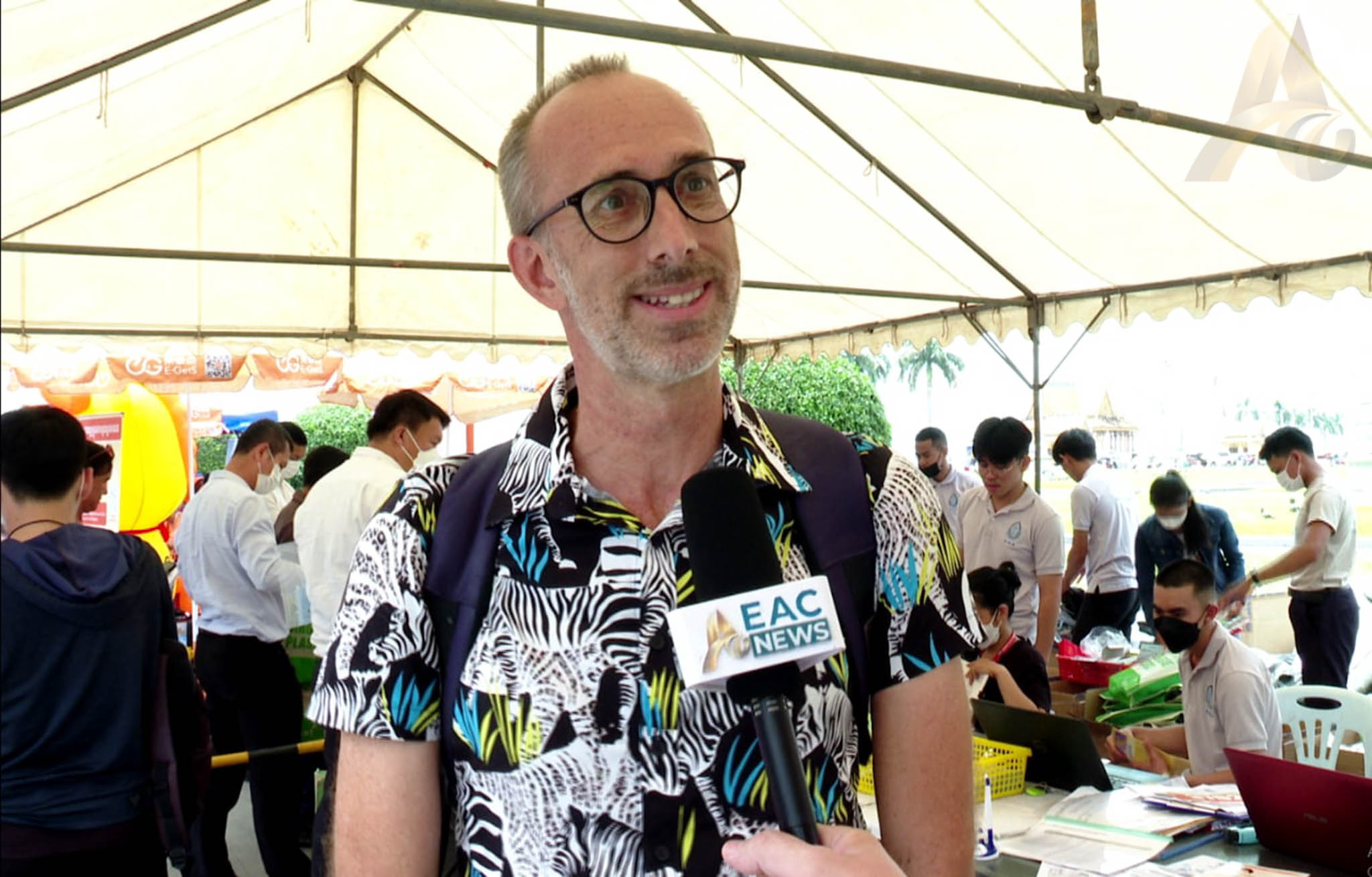 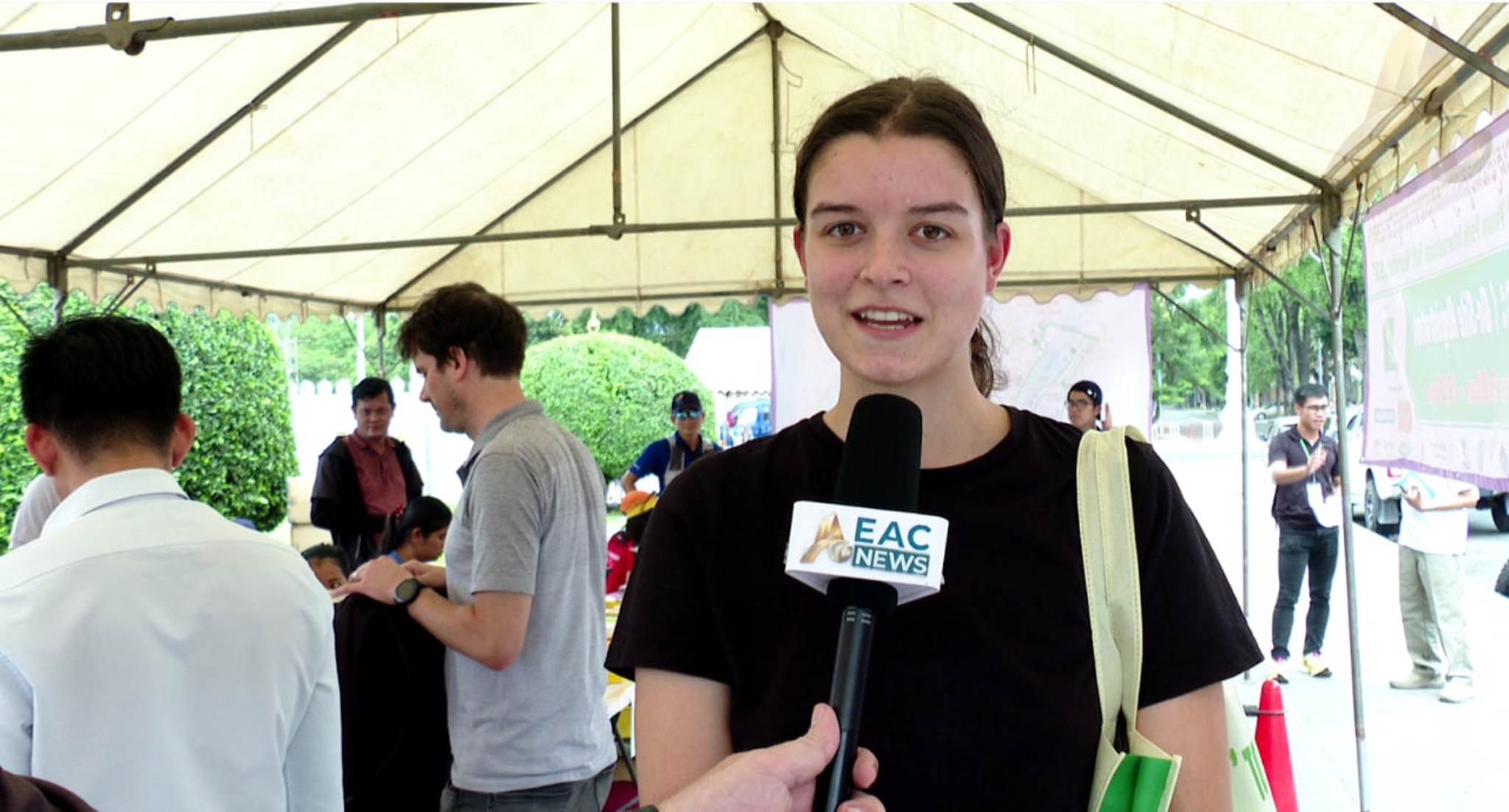 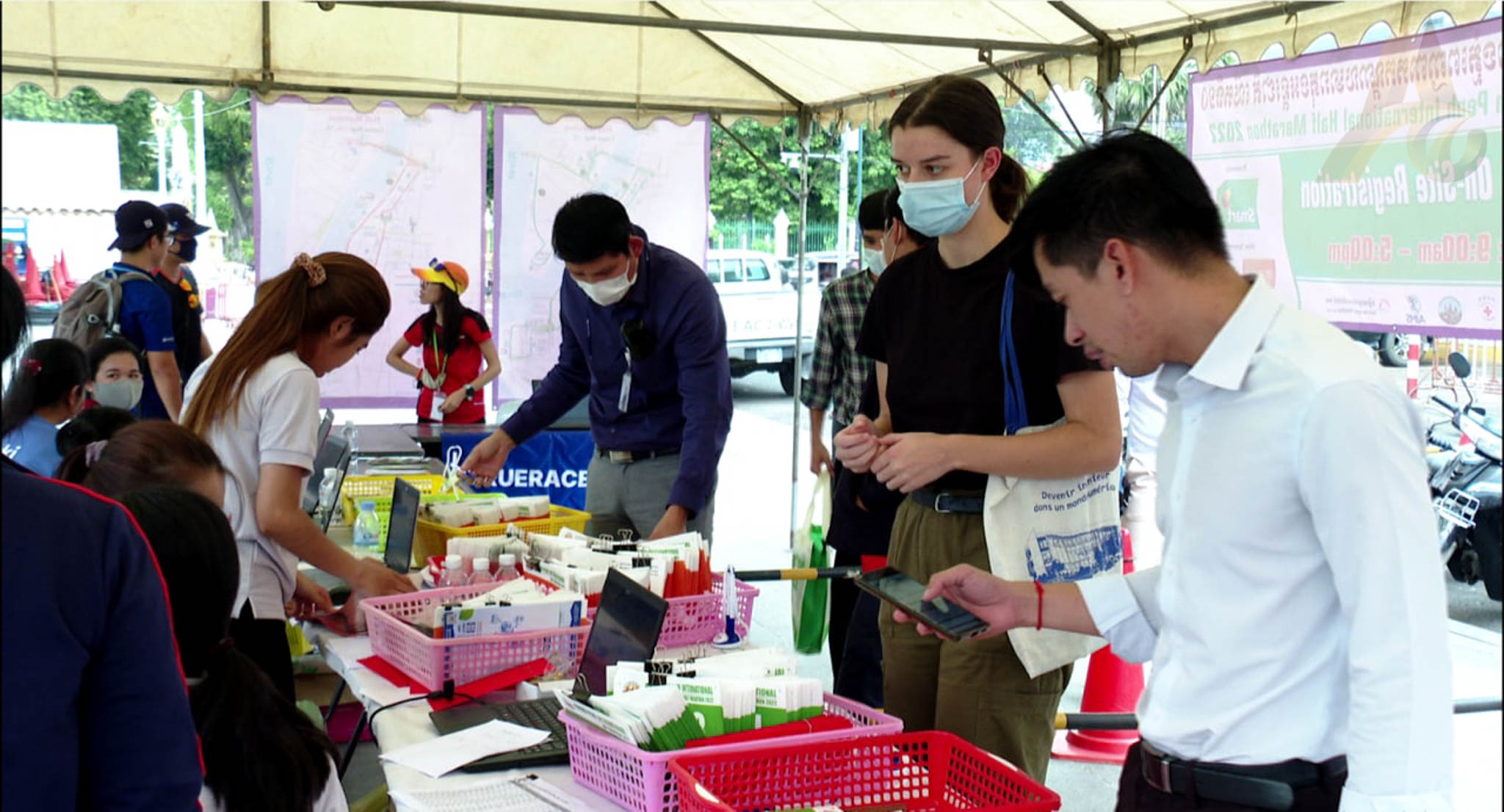 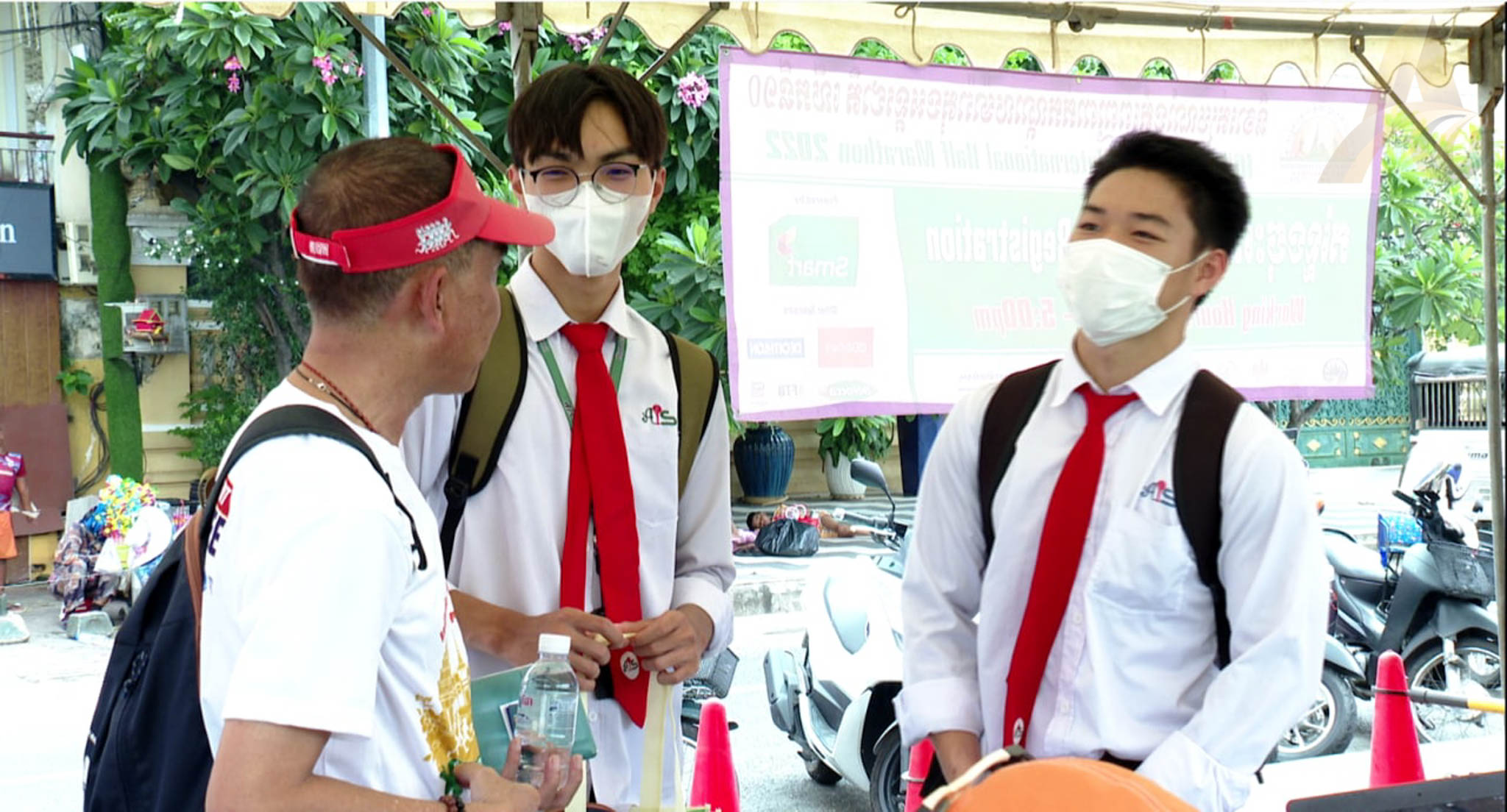 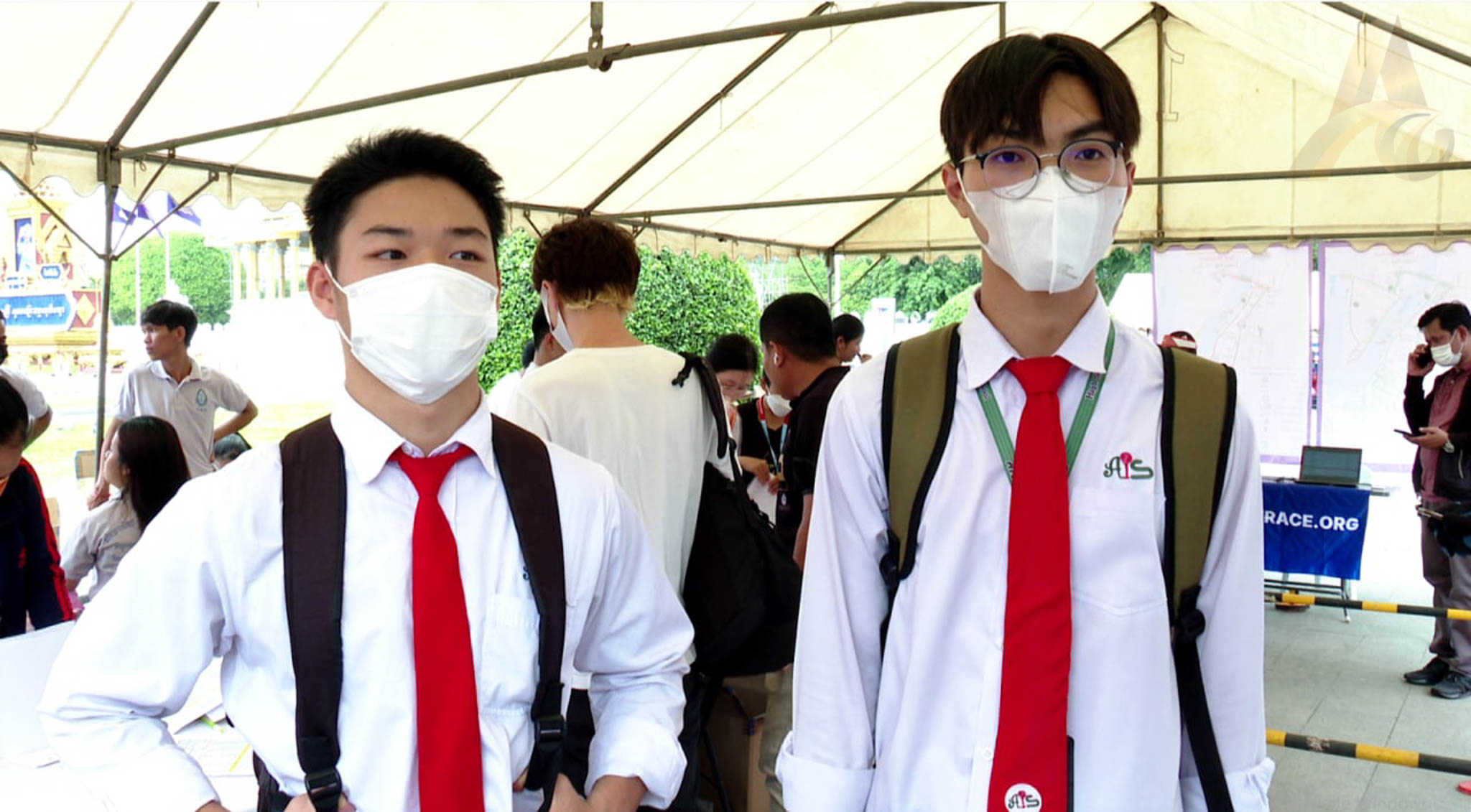 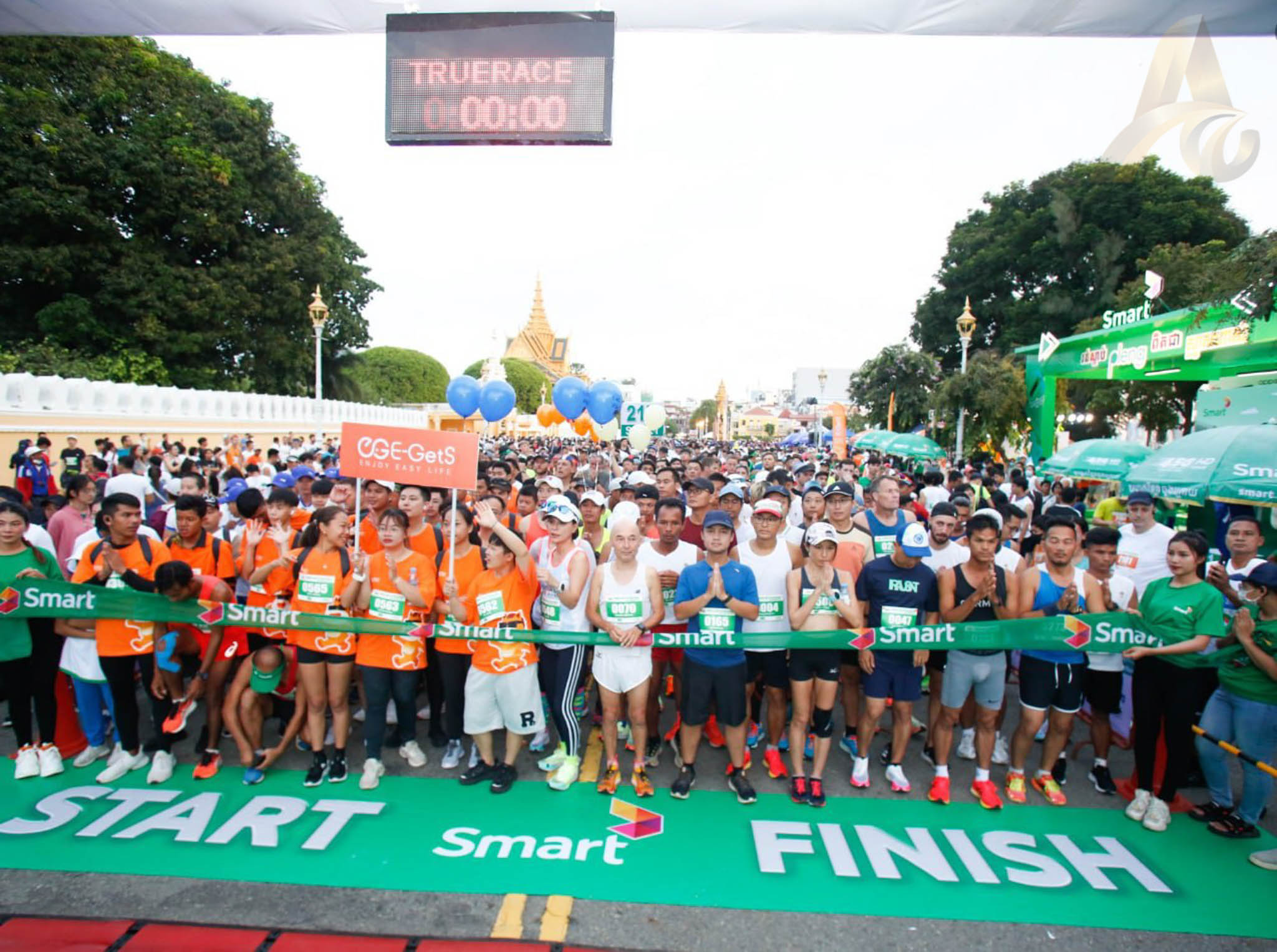 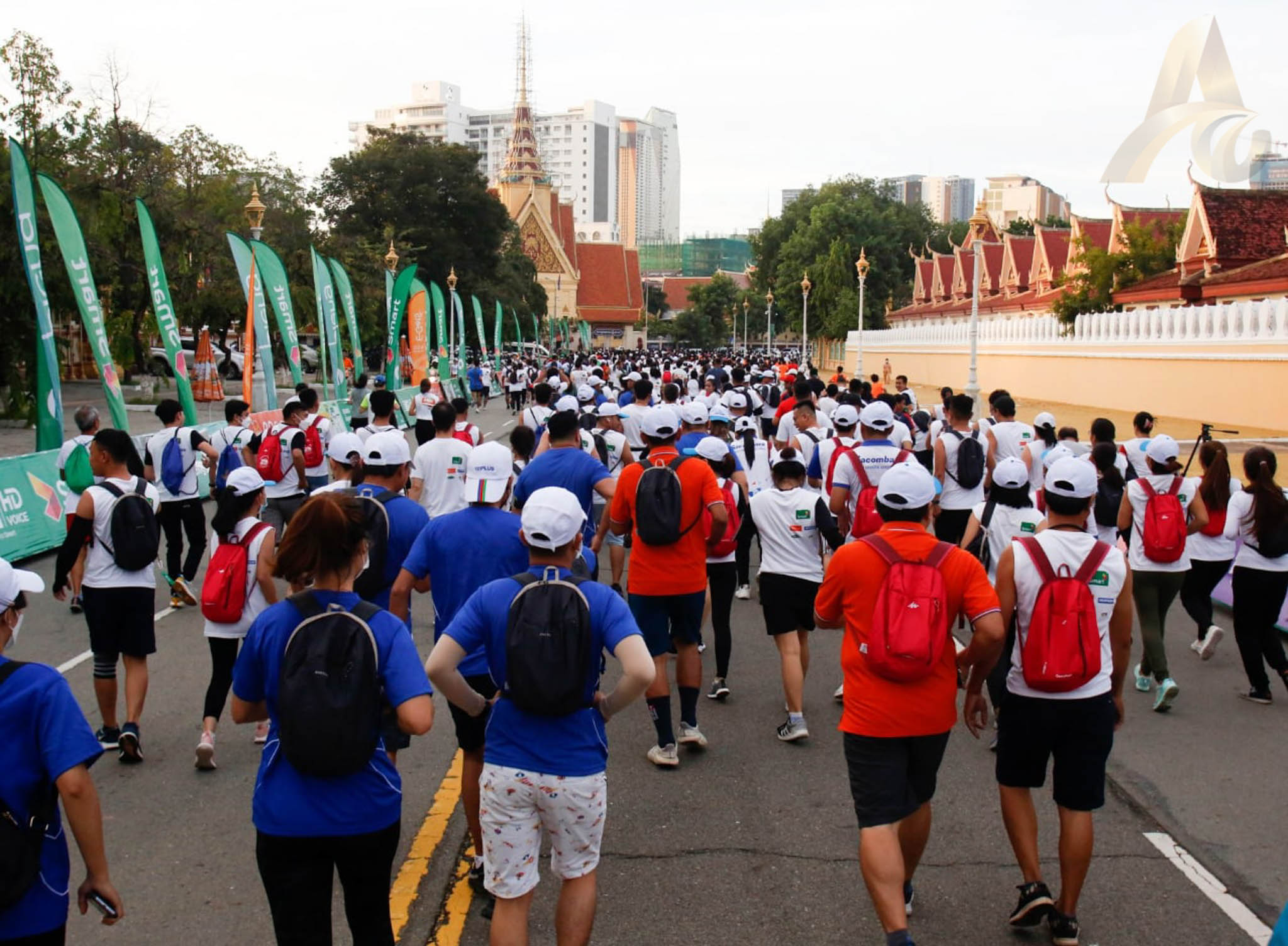 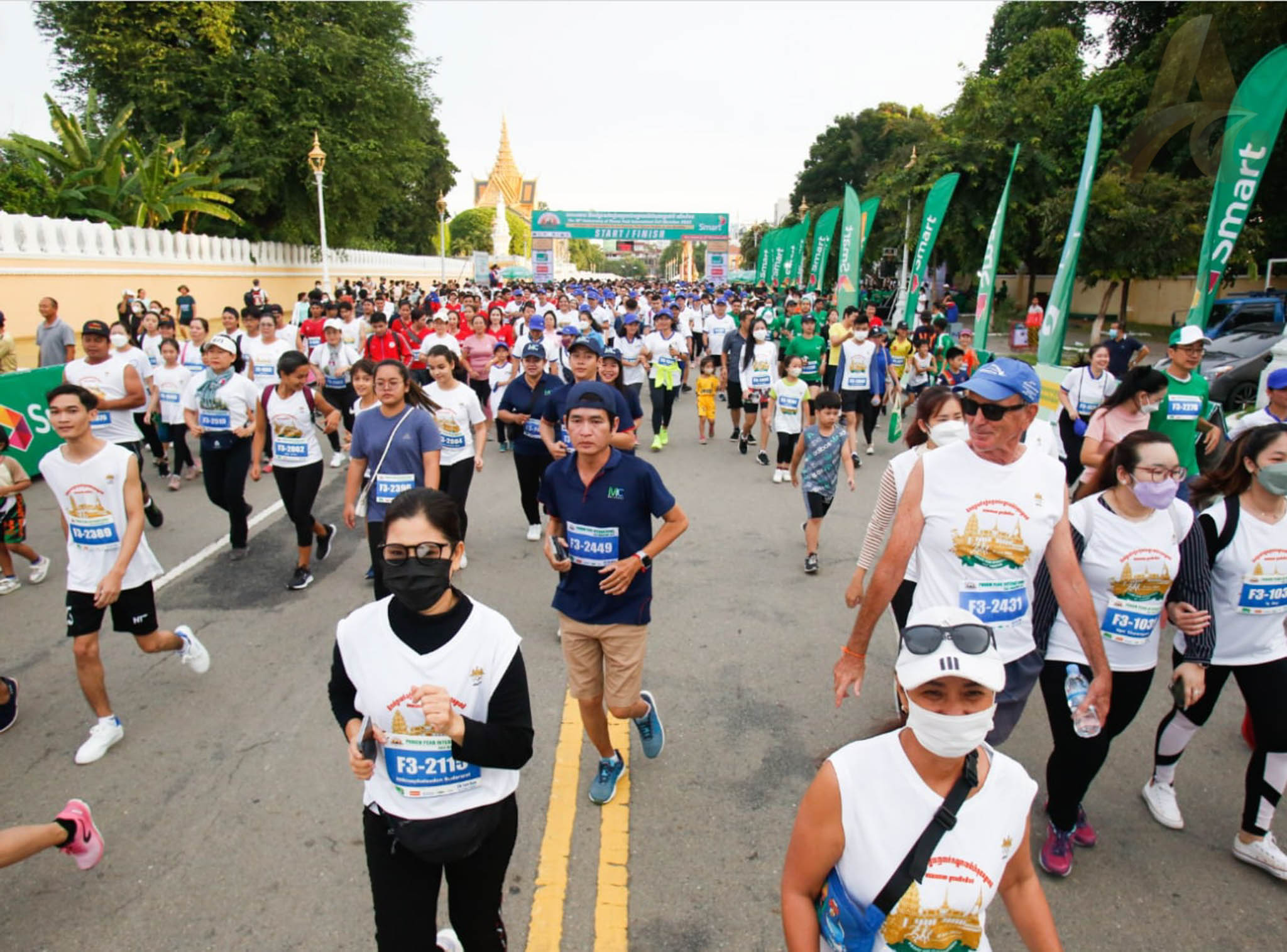 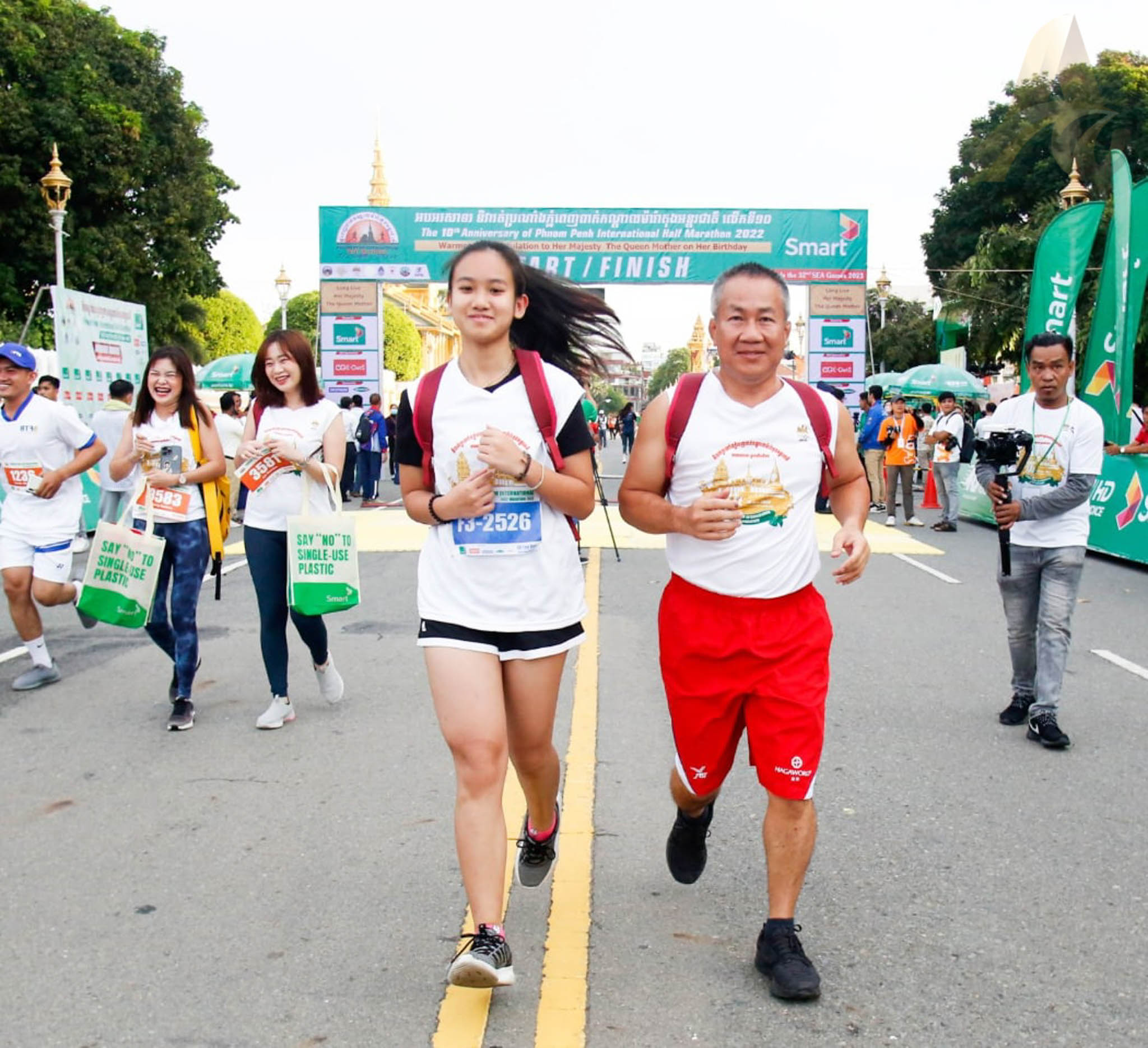