INTERNATIONAL: A Red Air plane caught fire and was on its belly at Miami International Airport on Monday 21st June after a reported emergency landing.

According to local media, the aircraft arriving from Santo Domingo, Dominican Republic, made an emergency landing at around 5:30 pm (17:30 GMT) after reports of a problem with its landing gear.

Fire crews on the scene swiftly extinguished the flames with foam trucks. The plane was evacuated and all passengers were accounted for.

Two runways at the airport were closed in the aftermath of the accident.

The Federal Aviation Administration (FAA) will do further investigations, no suspicious circumstances have been suspected.

Red Air is one of the region’s newest airlines. The company which is based in the Dominican Republic. The airline is looking to challenge other cut-rate airlines by offering relatively affordable flights between the US and the Caribbean country. 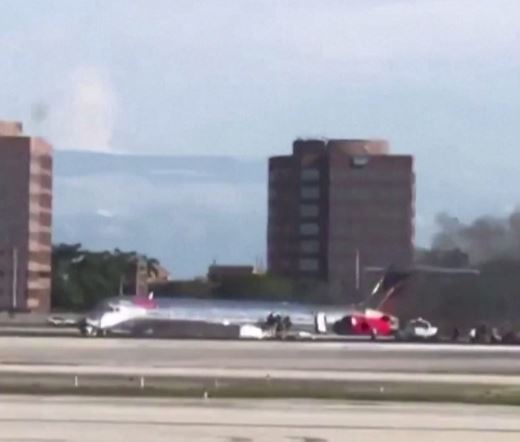 PHOTO: FOOTAGE OF SMOKE COMING FROM PLANE AFTER ACCIDENT IN MIAMI INTERNATIONAL AIRPORT

'We are tired of being scared' says Popasna resident