Tens of Thousands Protest All Over the World, Due To The Cost Of Living

INTERNATIONAL: Protestors have been marching all over the world due to the cost of living. In the last couple of days Argentina, Brussels, Ecuador and Sri Lanker have held protests where Tens of thousands of protestors have gathered chanting and waving slogans.

Tens of thousands of people gathered in the center of Brussels on Monday 20th June to protest against the cost of living. Strikes forced the Brussels Airport to cancel all departing flights and halted many bus services across the country.

Inflation hit 9% in June in Belgium, mirroring sharp price rises elsewhere largely because Russia's invasion of Ukraine has hit grain supply and caused the cost of energy to spike.

Monday 20th June thousands of indigenous demonstrators marched through Ecuador's capital on Monday urging President Guillermo Lasso to agree to demands for economic and social support, the latest in a series of protests that have injured dozens and disrupted the economy.

Amid a surge in the cost of living, the protests began last Monday with a list of 10 demands, including a fuel price cut, preventing further expansion of Ecuador's oil and mining industry, and more time for small and medium-sized farms to pay off debt.

Police in Nepal's capital fired teargas and charged at protesters with sticks on Monday 20th June to break up a demonstration by students against fuel price hikes, officials and witnesses said, in a sign of growing public discontent over rising inflation.

"The price hike is a crime done against the public," Girish Thagunna, a protester, told reporters.

Dinesh Mainali, a police official, said protesters threw stones and damaged a police vehicle but that there were no injuries or arrests.

Fares for public transport and goods vehicles had been increased by up to 7.7% following the fuel price increase, local authorities said.

Nepal's 29 million people are facing a surge in food and energy prices, raising the risk of social unrest. Annual retail inflation accelerated to a six-year high of 7.87% in mid-May.

Hundreds of university students, trade unionists and artists marched through the streets of the capital Colombo demanding the resignation of the government of President Gotabaya Rajapaksa.

Economic mismanagement and the COVID-19 pandemic have left Sri Lanka battling its worst financial problems in seven decades, and a lack of foreign exchange has stalled imports of essentials including fuel, food and medicines.

The island nation of 22 million people is scrambling to get fuel shipments in the next three days, the energy minister said, as public disaffection grows because of a persistent shortage of diesel and petrol.

But public distress at the prolonged shortages is growing. Protesters blocked an entrance to the finance ministry and police had to help out an official due to attend the IMF talks.

Sri Lankans angered by long queues, often overnight, for fuel faced off with security forces over the weekend, and troops at two petrol stations fired shots in the air to control the crowds.

Thousands of Argentines took to the main streets of Buenos Aires on Thursday 16th June to demand social programs, state assistance and better working conditions as the country's inflation tops 60%.

Amongst chants and music, protesters held signs demanding an end to hunger and low wages.

Fuelled initially by soaring oil prices in the wake of Russia's invasion of Ukraine, inflation has broadened out to everything from food to services with double digit readings in some countries around the world. 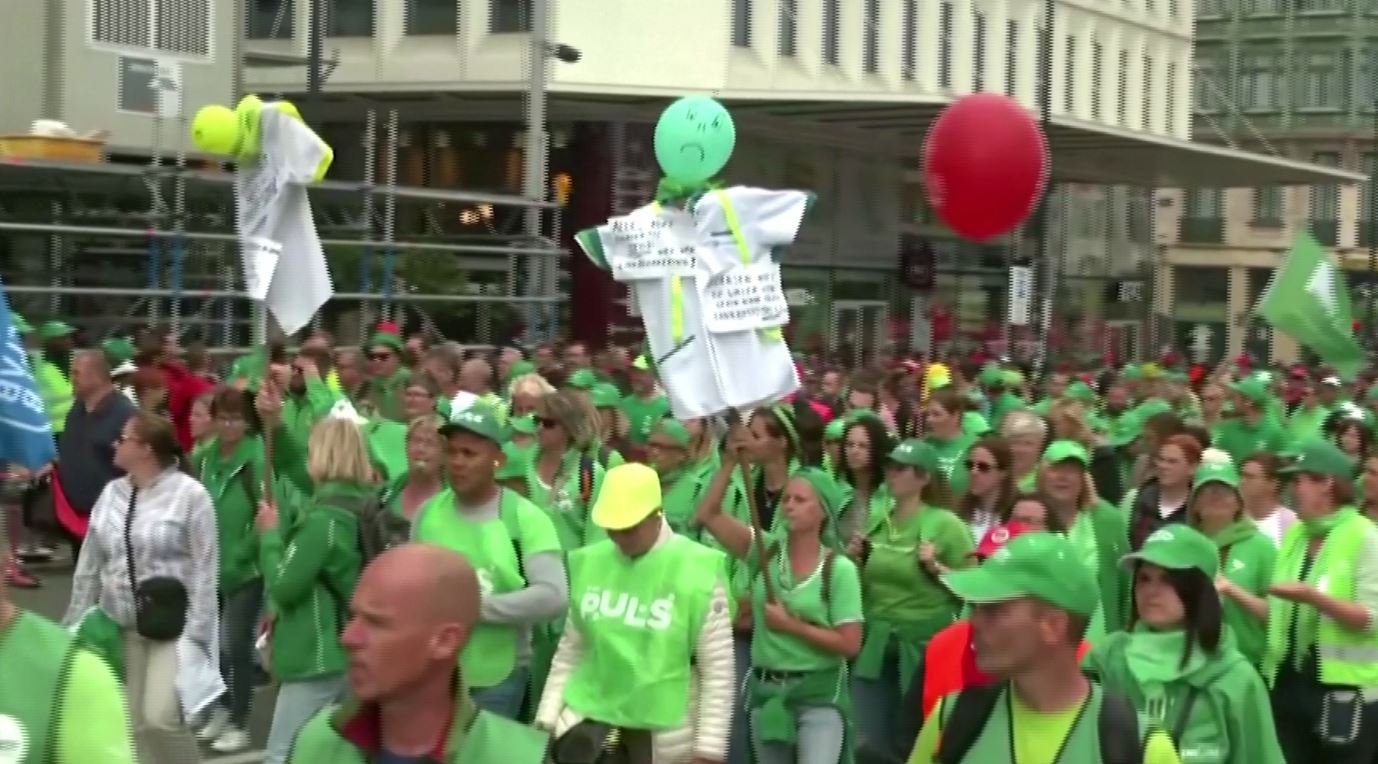 Vietnam Reopens to Tourism After Two Years of Closed Borders