PHNOM PENH: The 11th Edition of the Cambodia International Film Festival (CIFF) is set to begin at the end of this month. From 28 June to 3 July, the 11th CIFF will present films from 26 countries through a selection of 150 films, including short and feature films, documentaries and animation. The Red Carpet opening ceremony of the festival will take place at the Chaktomuk Conference Hall on 28 June.

French-Cambodian actress and Hollywood star, Elodie Yung, will also be returning as a patron for this year’s festival, after last being a patron for the 8th edition of CIFF in 2018. Yung is best known for her role as Elektra in the second season of ‘Daredevil,’ and in the mini-series, ‘Defenders.’ She currently plays the lead role in the Fox TV Series, ‘The Cleaning Lady.’

“I can feel that the Cambodian film scene is full of talent and passion. I am proud to be supporting CIFF, an outstanding platform bridging Cambodia with the rest of the world,” said Yung. 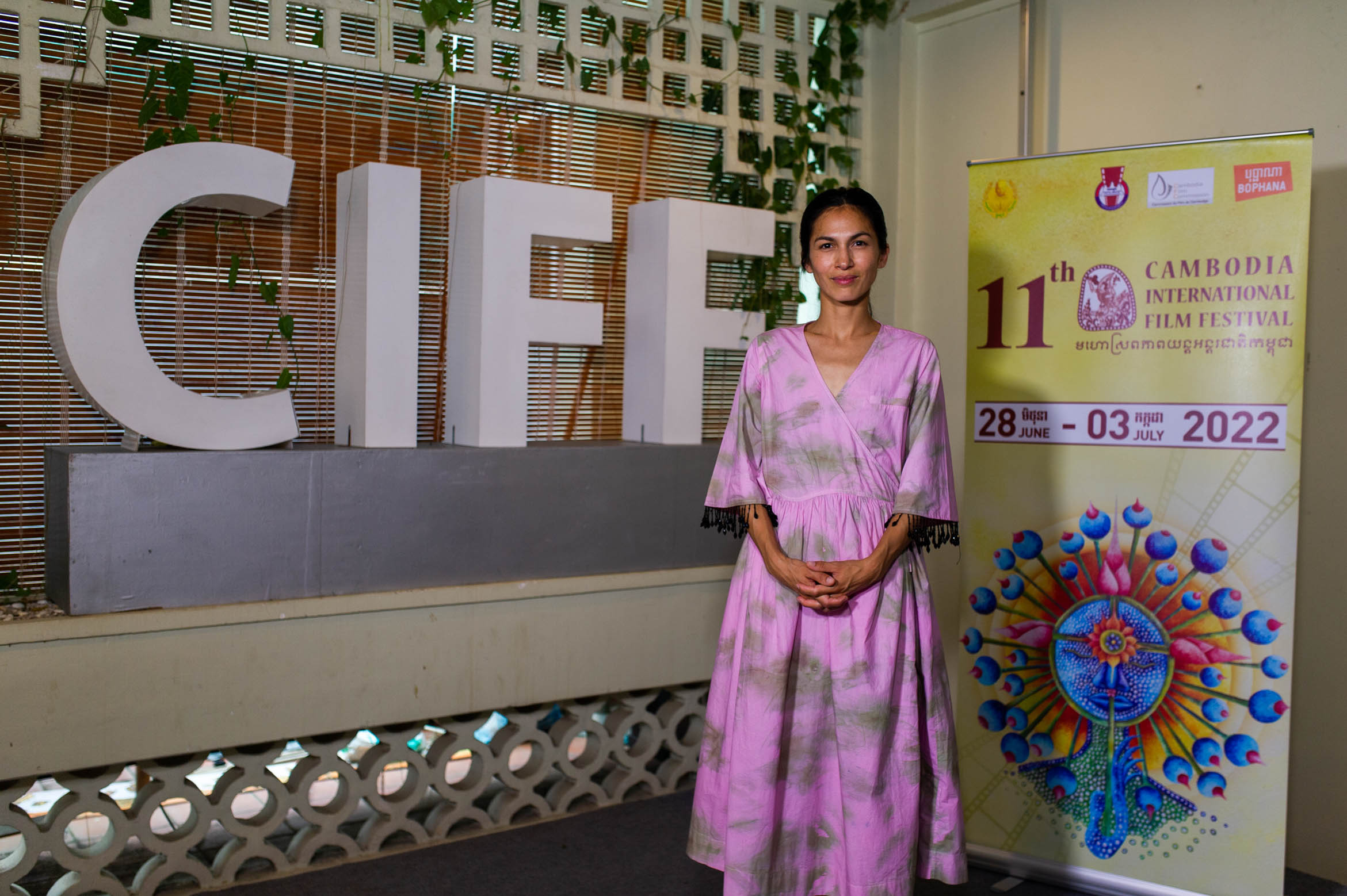 CIFF held its second major press conference on Wednesday, 15 June, at the Rosewood Hotel to announce highlights of this year's festival program, and to also belatedly hand out the 2020 CIFF Talent Awards, which were previously cancelled due to the pandemic.

The Director of CIFF, Cedric Eloy, and Executive Director of Bophana Center, Chea Sopheap, gave a presentation on this year’s CIFF program, announcing some of the Cambodian Cinema feature titles, such as Rithy Panh’s ‘Everything Will Be Ok’ (winner of the Silver Bear for Outstanding Artistic Contribution at the Berlin Film Festival 2022), Kavich Neang’s ‘White Building’ (awarded Best Actor at the Orizzonti Venice Film Festival 2021), Jessé Miceli’s ‘Coalesce’ (presented at Cannes with the Independent ACID selection), and LD Pictures’ ‘Single Dad’ and ‘The Clock (remastered).’

“I’m very happy to be a part of CIFF this year again,” said Kavich Neang, while speaking with EAC News after the press conference. “It’s been two years since we missed this kind of feeling and environment, to meet different people and artists, to discuss and to also learn more about something new that is happening around the world, not only in Cambodia. I’m very happy to see new faces and old faces coming back, and I hope that I will [be able to] show my work to other people who missed the screening of White Building.” 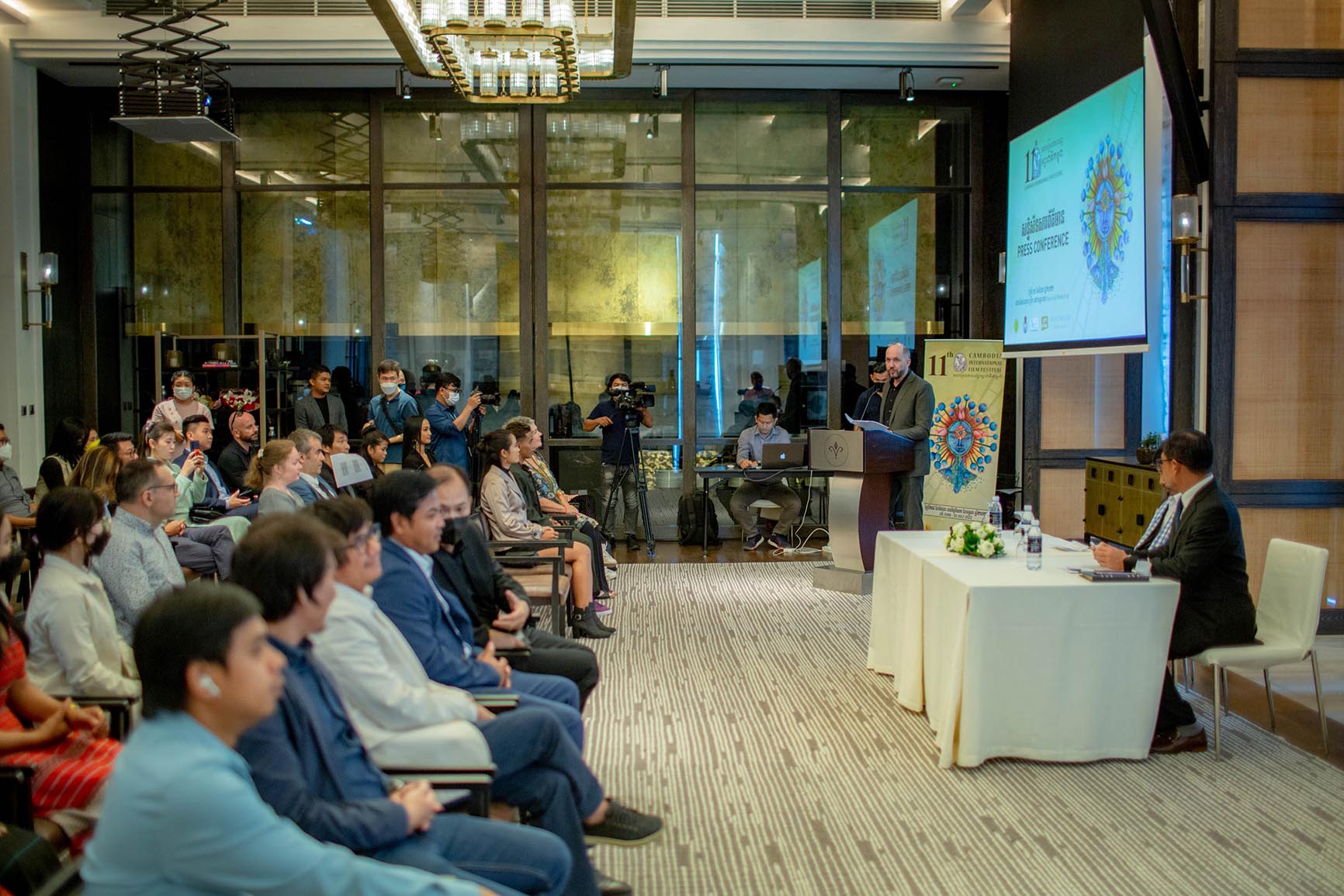 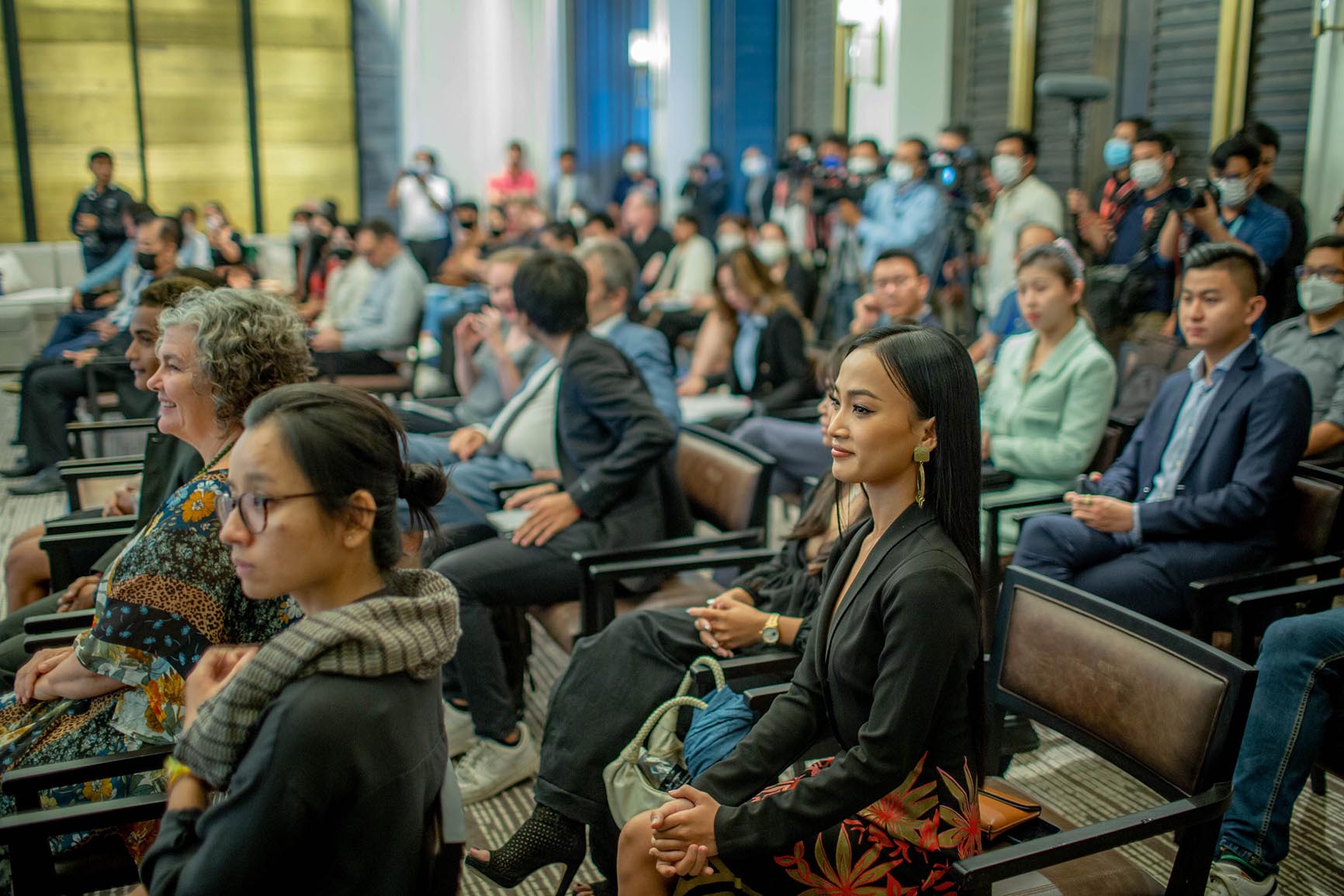 Under its International Program, CIFF will be celebrating the 70th anniversary of diplomatic relations between Cambodia and Australia, providing this year’s focus on Australian cinema. A rare panorama of 16 Australian feature films spanning 1953 to 2022 will be screened, including the cult classic, ‘Mad Max 2,’ ‘Priscilla Queen of the Desert,’ and ‘Flirting.’

Other international highlights include the 2022 Best Picture Oscar winner, ‘Coda,’ and Dennis Villeneuve’s multi-Oscar winner, ‘Dune,’ coming back on IMAX.

CIFF’s ‘Beautiful Planet’ program, dedicated to environmental education and climate change adaptation, will return this year, focusing on ‘Mekong Discovery’ and ‘Indigenous Voices.’ “Because understanding the issues is crucial for us to shift our ways and save the biodiversity that our Human kind needs to survive on this beautiful planet,” said CIFF Director, Cedric Eloy. 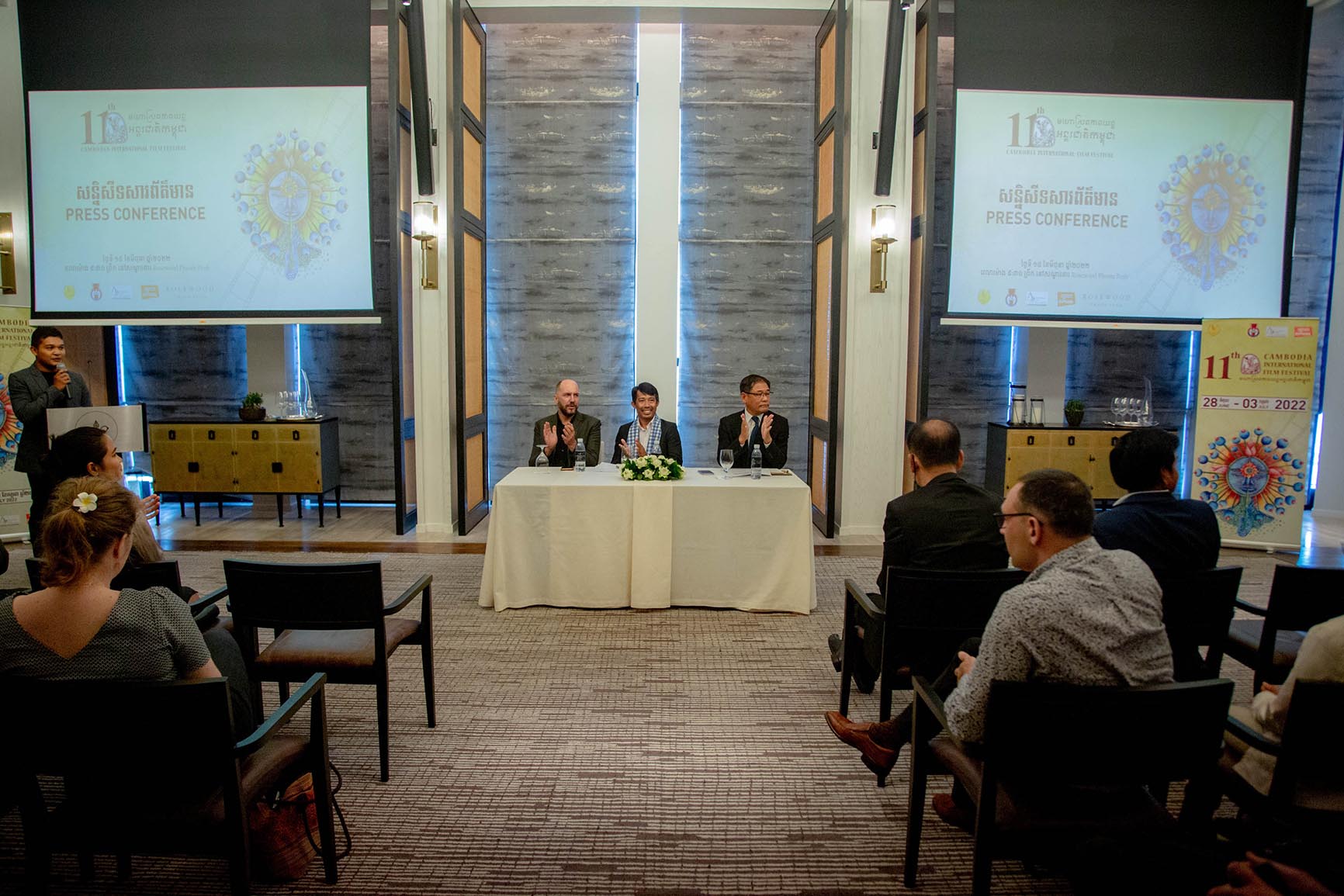 The Australian Ambassador to Cambodia, Pablo Kang, was present at the Wednesday press conference and delivered remarks of support for the program and festival as a whole on behalf of the Australian Embassy. The Deputy Director General of the Ministry of Culture and Fine Arts, Ek Buntha, also expressed the Ministry’s support for the festival, on behalf of the Minister of Culture and the Royal Government of Cambodia.

“As a national institution, a public institution, we support all the organizations, institutes, or stakeholders, especially the private sector [for their involvement in culture and arts],” said Deputy Director General Ek Buntha, speaking to EAC News. “We are always encouraging them. We have put film industry development and empowerment, into our national policy project for culture.”

He further added, “Our academic Minister, Phoeurng Sackona (Minister of Culture and Fine Arts), she is really supportive of the film industry. We also have the Director of the Cinema Department who works directly with stakeholders, national and international institutions, all related stakeholders, [as well as those at] the government level. . . . We try to work together as a team. It’s not only the public sector which can move alone, but the private sector, foundations, all institutions, universities, can join together and [build the film industry] up. . . . The Ministry accepts every stakeholder. We sit together, discuss and we find out ways on how we can promote and support the film industry in Cambodia.” 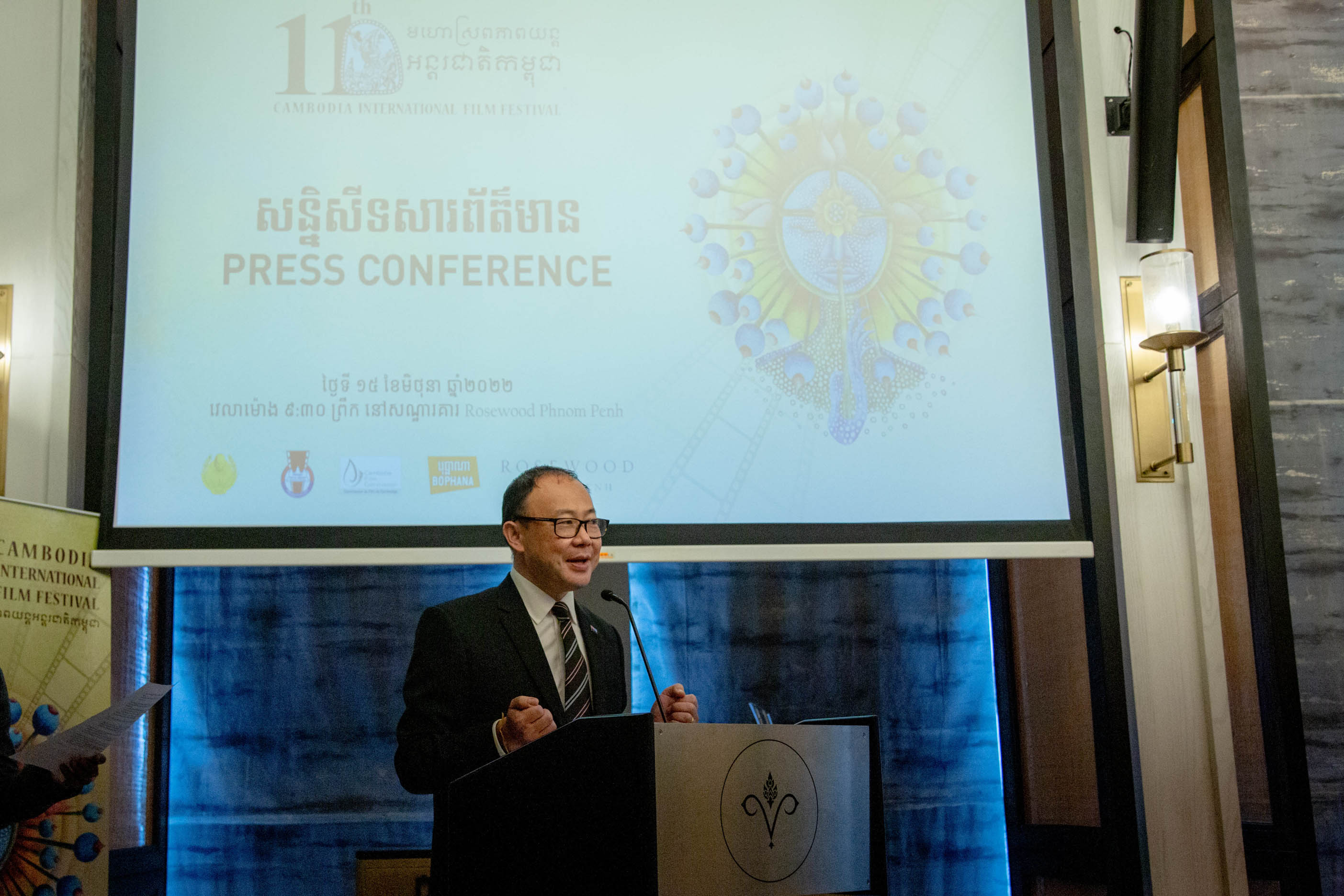 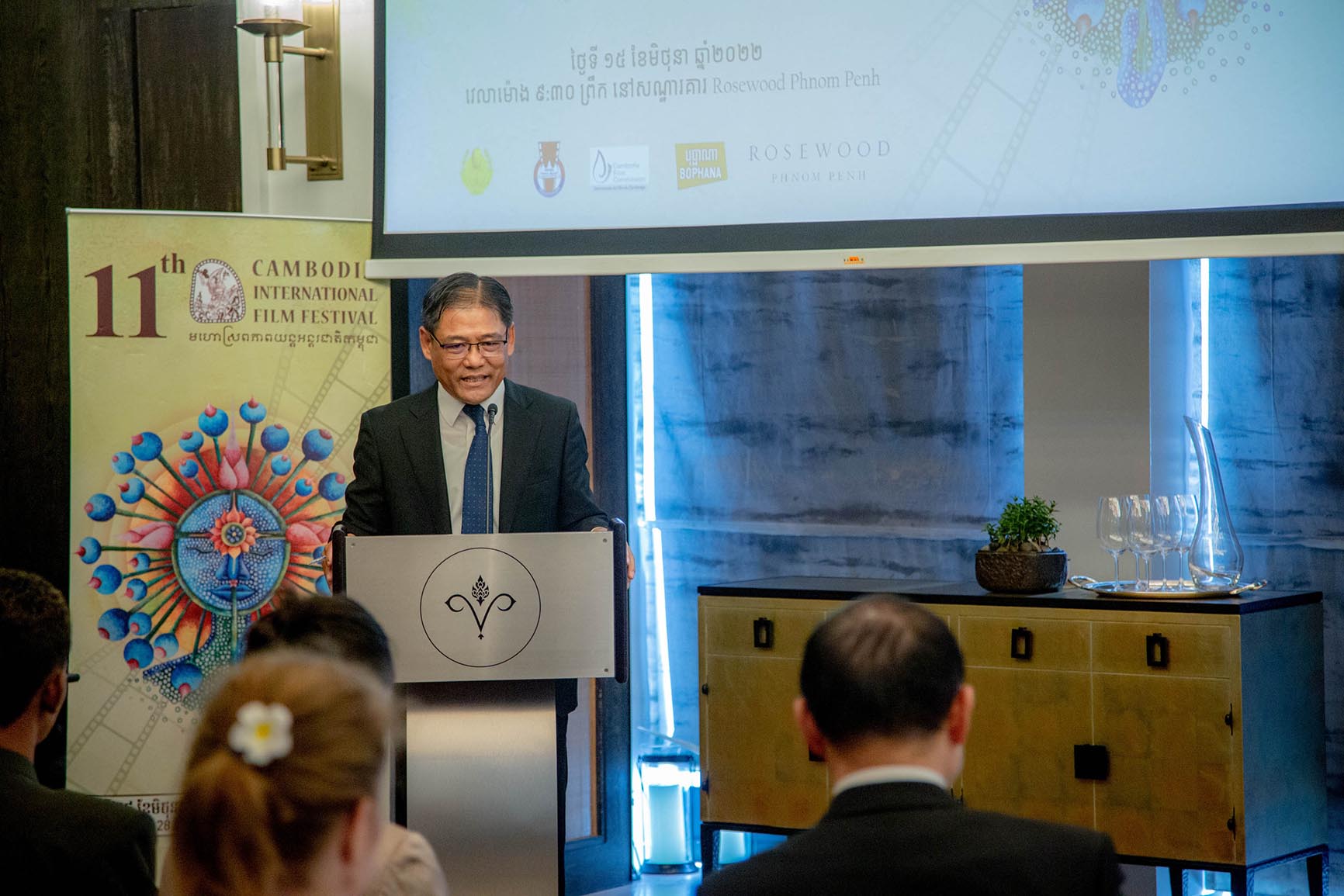 Cambodian artists and filmmakers, Tharoth Sam, Kavich Neang and Lomorpich Rithy, also delivered remarks at the press conference, sharing their experiences in the film industry as well as their hopes for the future. Mixed martial arts fighter and actress, Tharoth Sam, who has starred in films such as ‘First They Killed My Father’ and ‘Jailbreak’, spoke about the hardships she faced as a woman boxer, and having to overcome judgement from her family and society. She said that she fought hard to prove herself and change people’s mindsets, and today, her family and neighborhood have all become huge supporters.

When asked what message she hopes to give to the new generation of aspiring actors, she said, “I hope when 'Shotgun Wedding' (her latest Hollywood film) comes out, it encourages the young generation, especially [people] my age or other people that have lost hope. Just don’t lose hope. If [you] can’t reach [the] international level, you can do it here [in Cambodia]. It’s best too, it’s for your nation. So just keep hoping and reaching for your dreams, and do whatever to represent yourself and your country.” 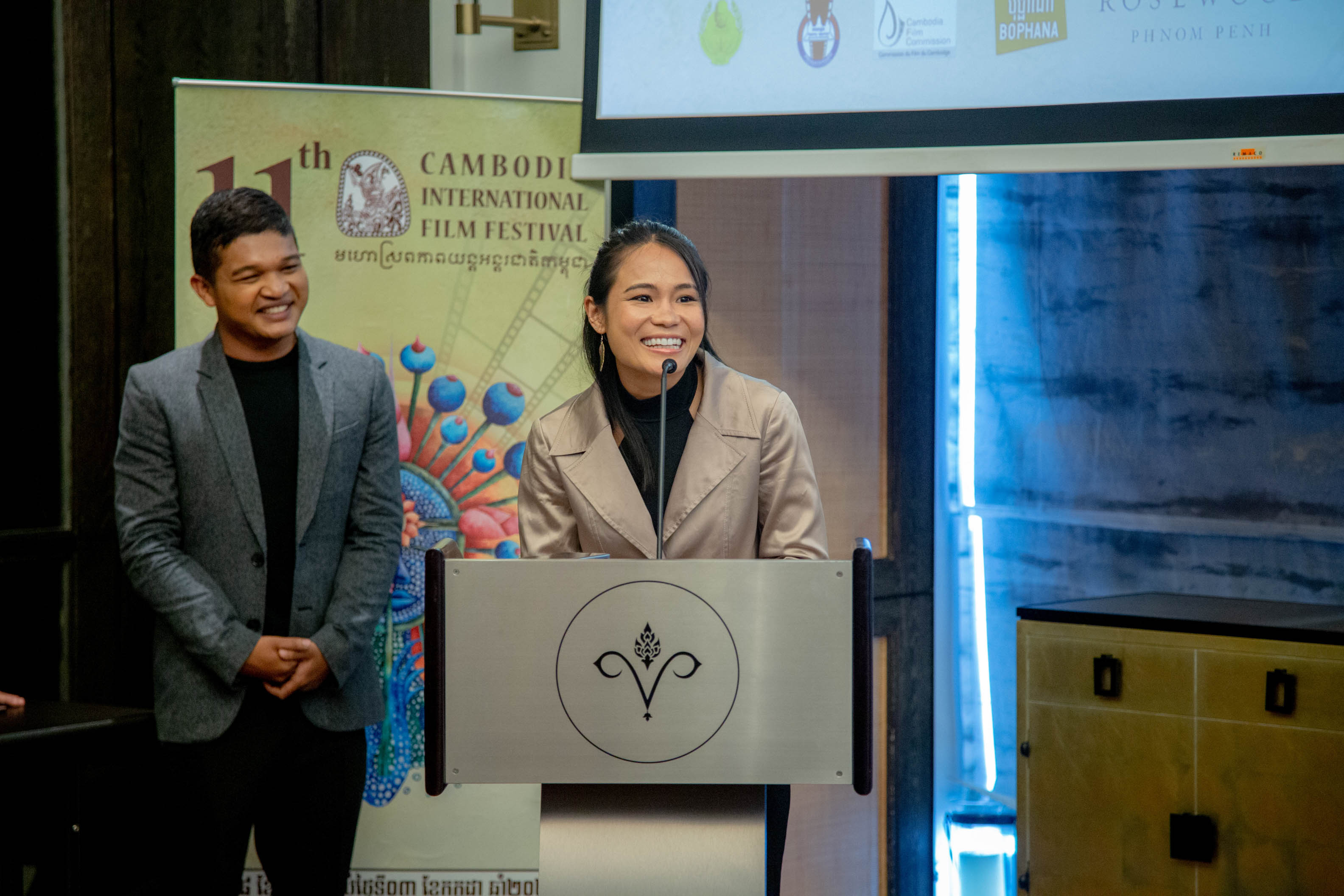 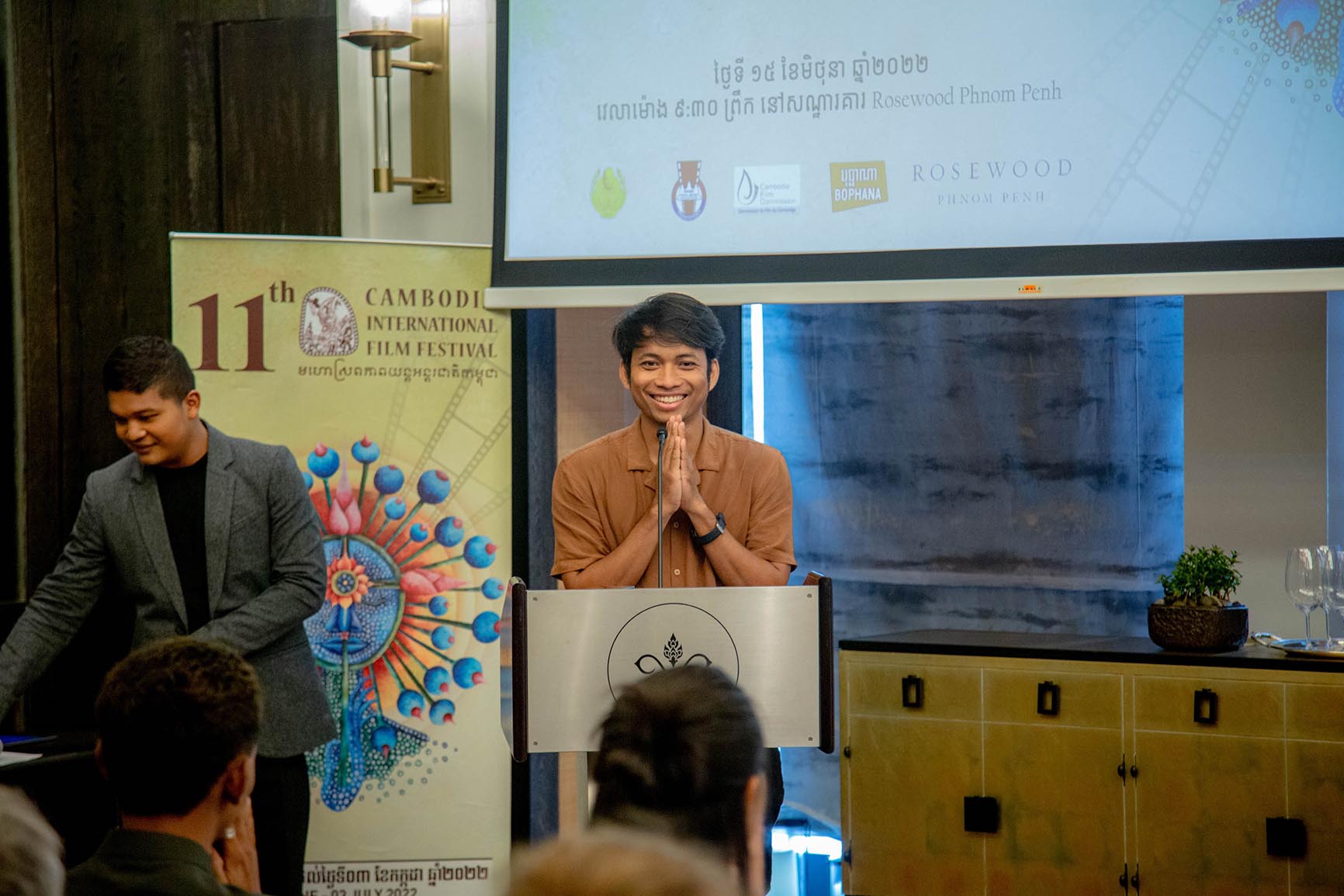 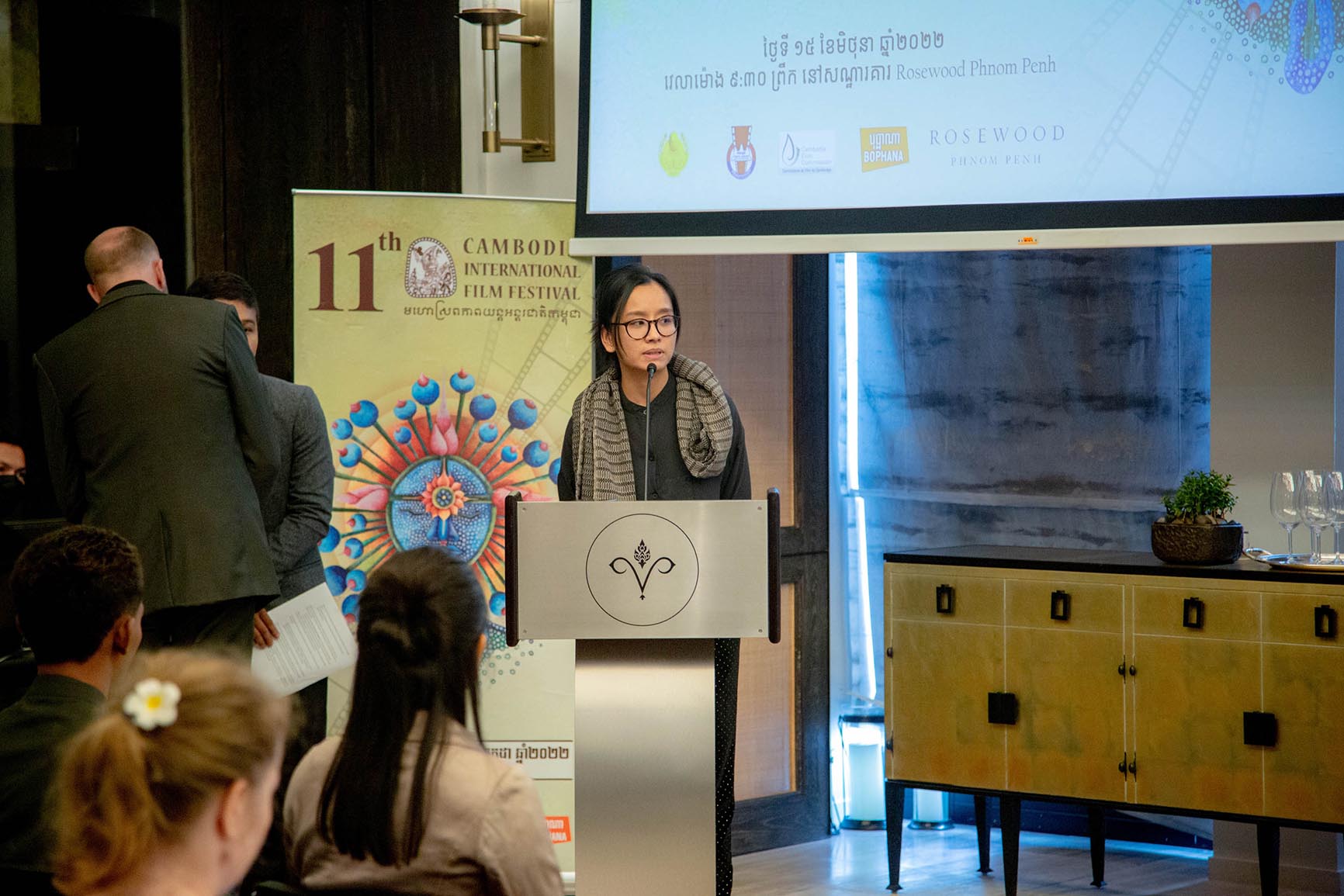 In between remarks delivered by the specially invited guests, the 10th CIFF Talent Awards were handed out to Sarita Reth, who won Actress of the Year 2020, Leak Lyda from LD Pictures, who won Producer of the Year 2020, and Heng Sarm, who won Best Actor 2020 for his debut performance in the Australian film, ‘Buoyancy.’

Heng Sarm said he was surprised but very happy to receive this award two years later. “At first, I thought, oh this will not happen again, but my mom just said she has something to tell me. She got a call from [the people who worked on] ‘Buoyancy,’ and I said, what? It’s happening again? I was really happy to come here [to receive this award], it’s really cool.”

He plans to do more projects involving a mix of music and films in the future, and is most looking forward to seeing and meeting new young actors, as well as watching many more films at this year’s CIFF. 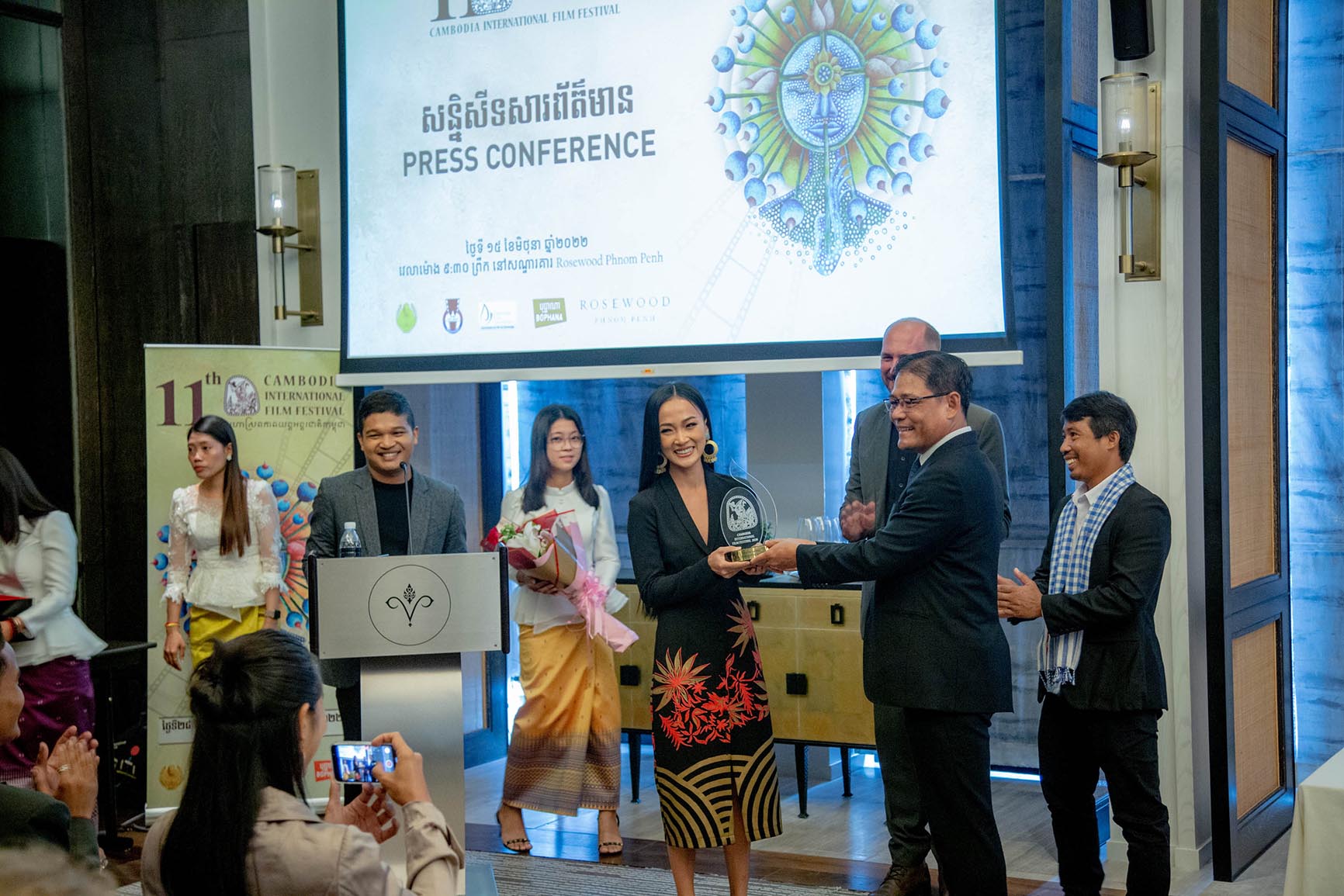 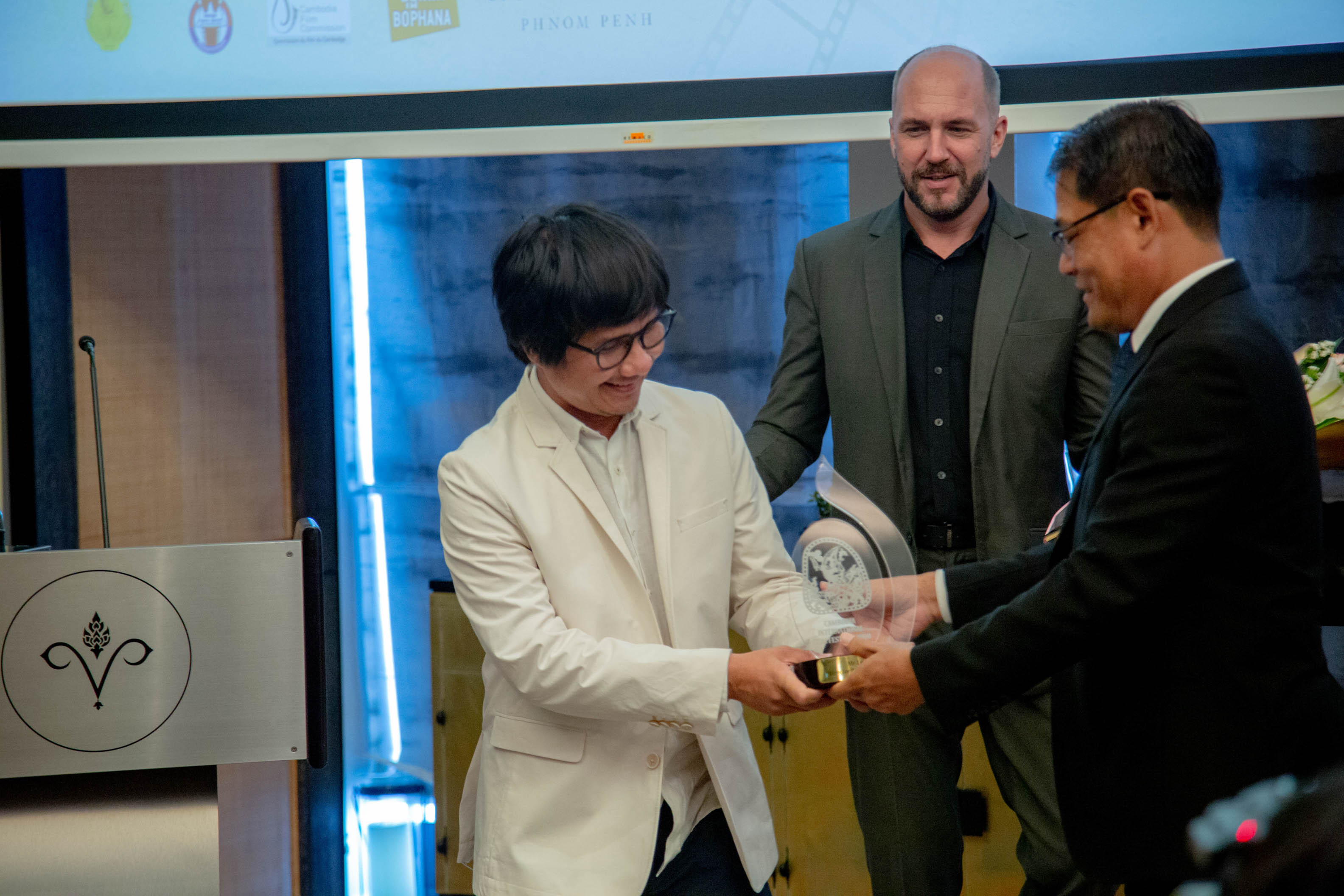 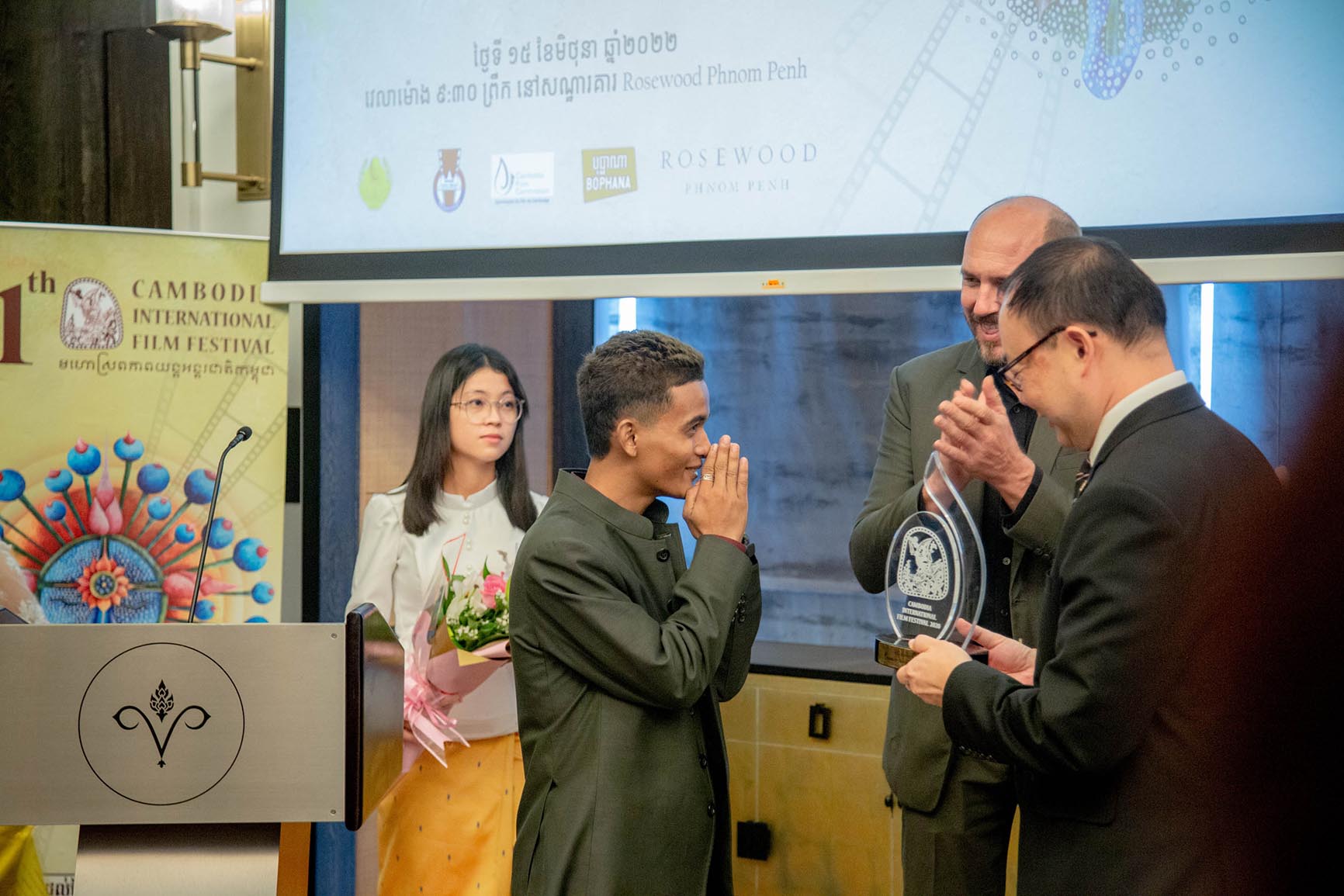 The Cambodia International Film Festival (CIFF) is Cambodia's largest international film and cultural event. It is organized by the Cambodia Film Commission (CFC) and the Bophana Center, hosted by the Ministry of Culture and Fine Arts and endorsed by UNESCO. Initiated in 2010, the festival acts as a catalyst for the film sector initiative gathering more than 20,000 participants each year. CIFF also acts as a bridge between Cambodia and the world through the universal language of film and culture, promoting the circulation of films within the region as well as promoting Cambodian productions. 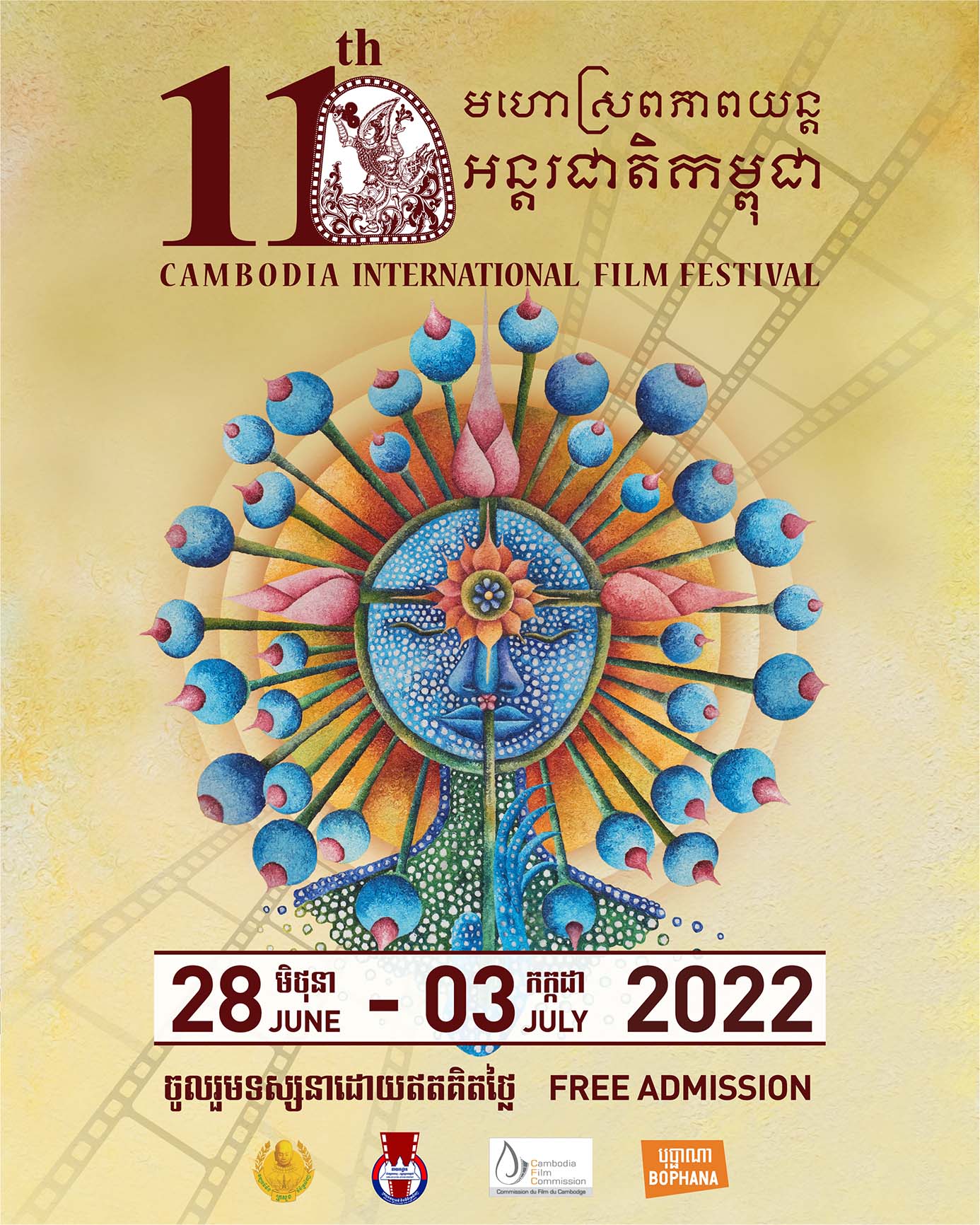 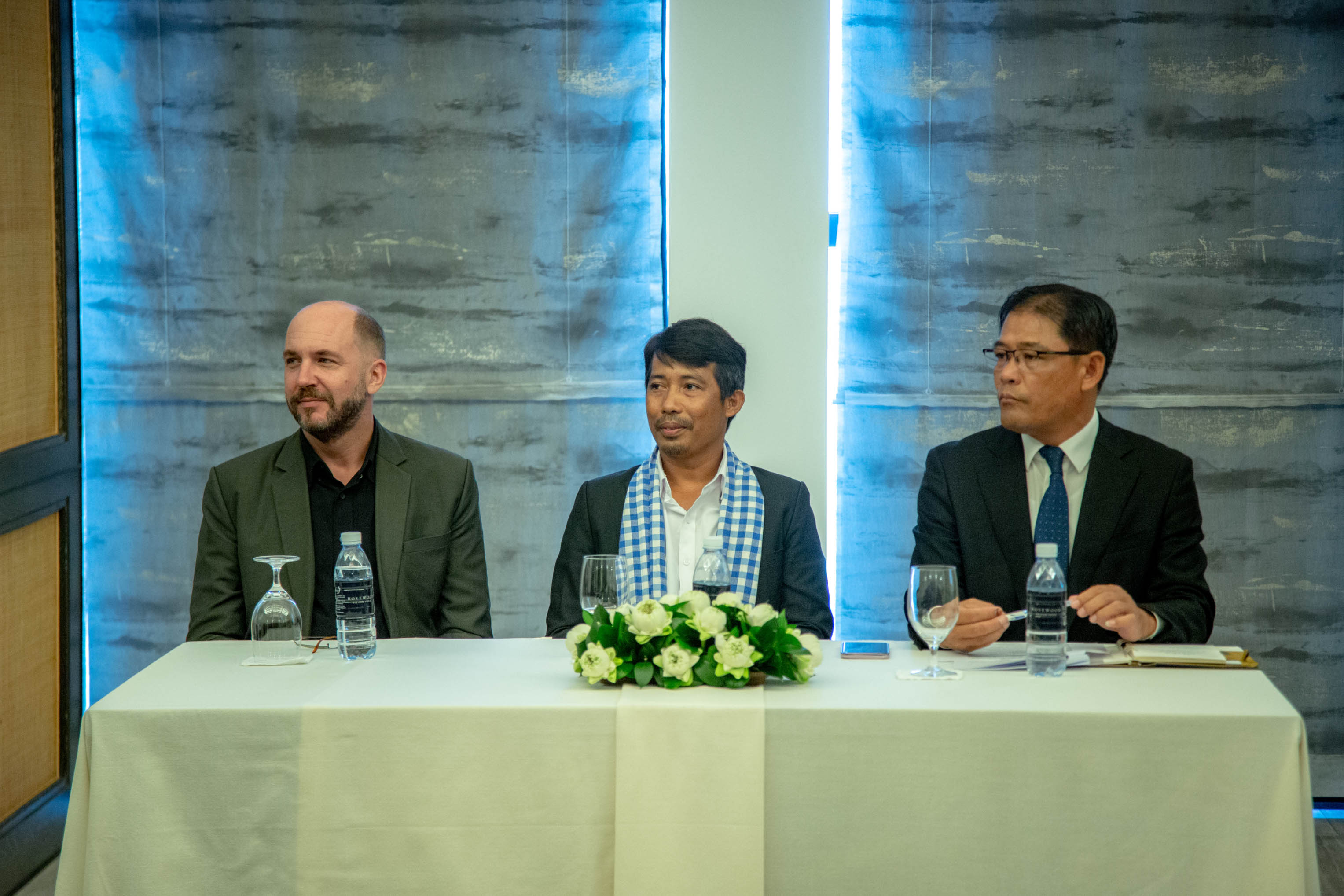 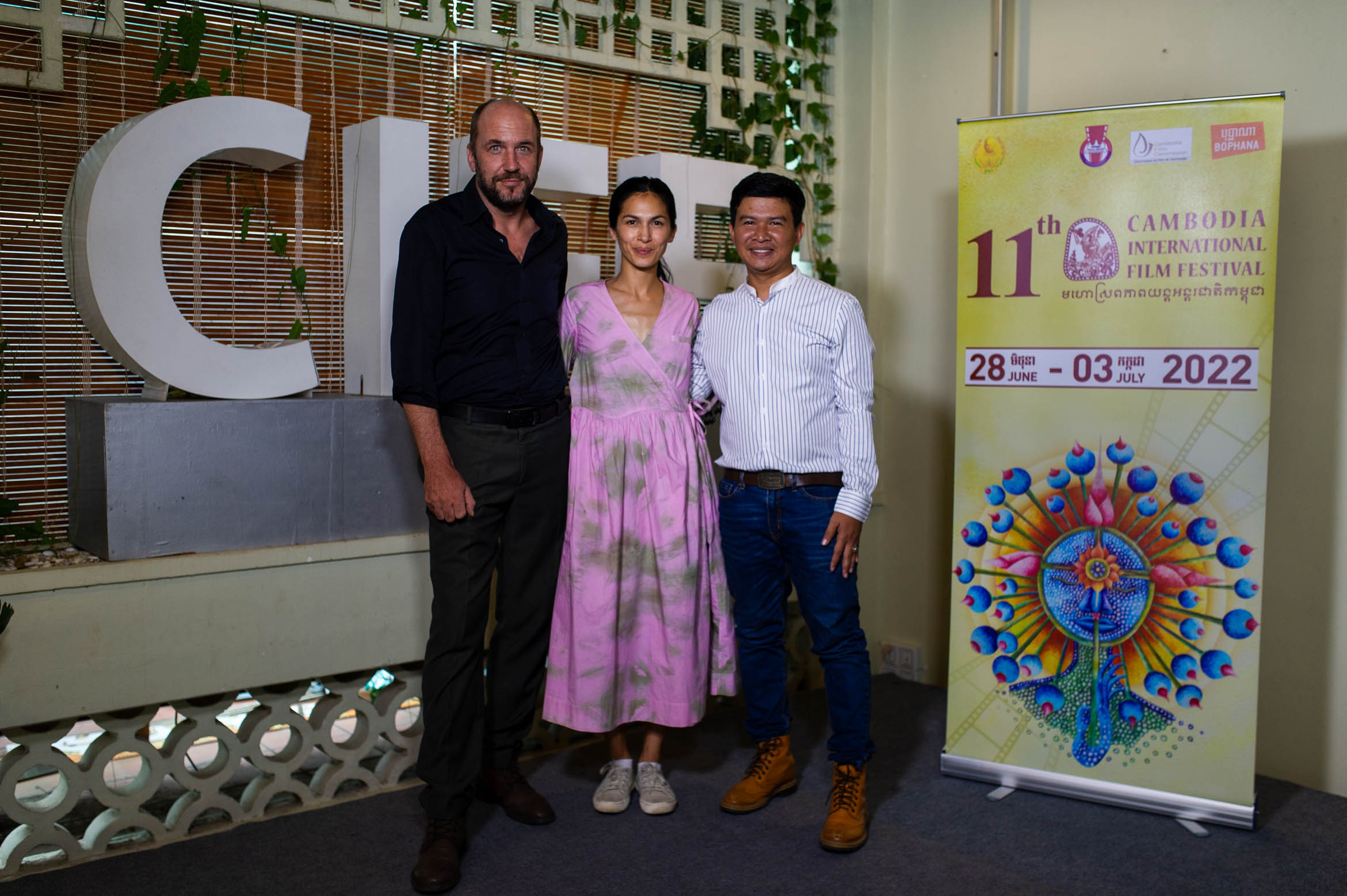 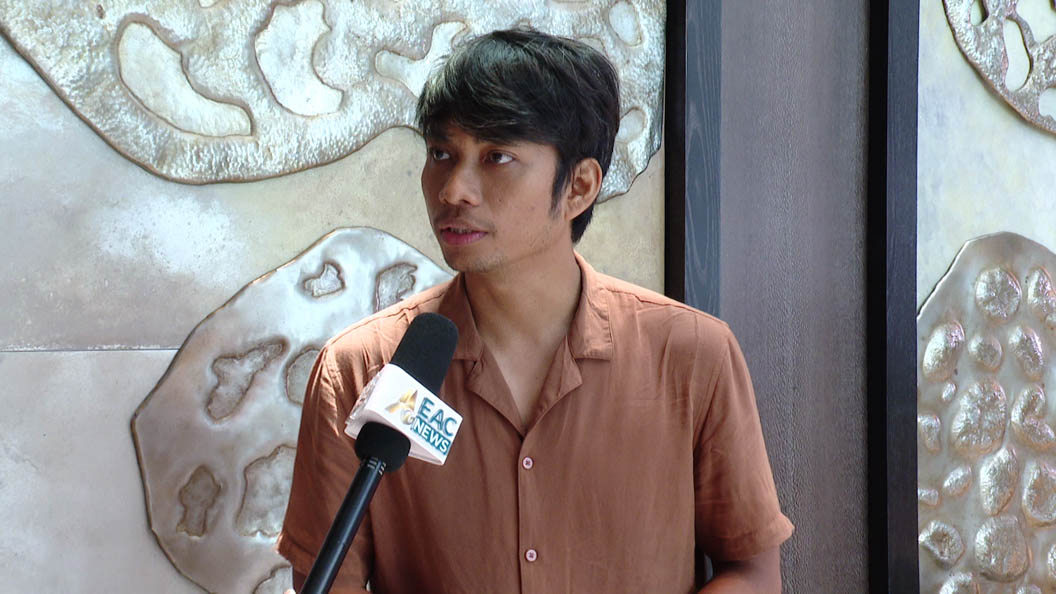 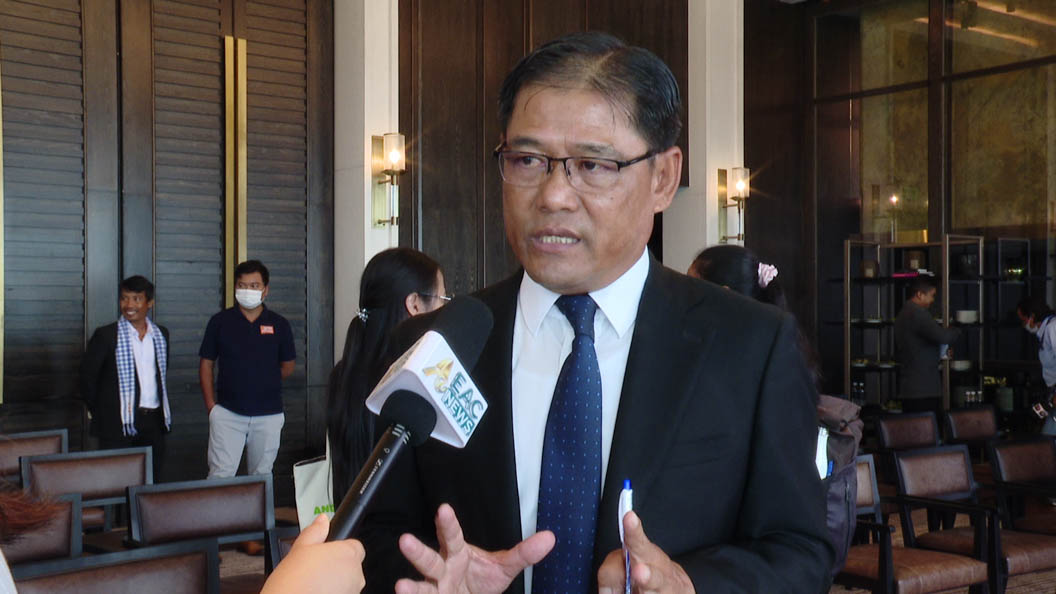 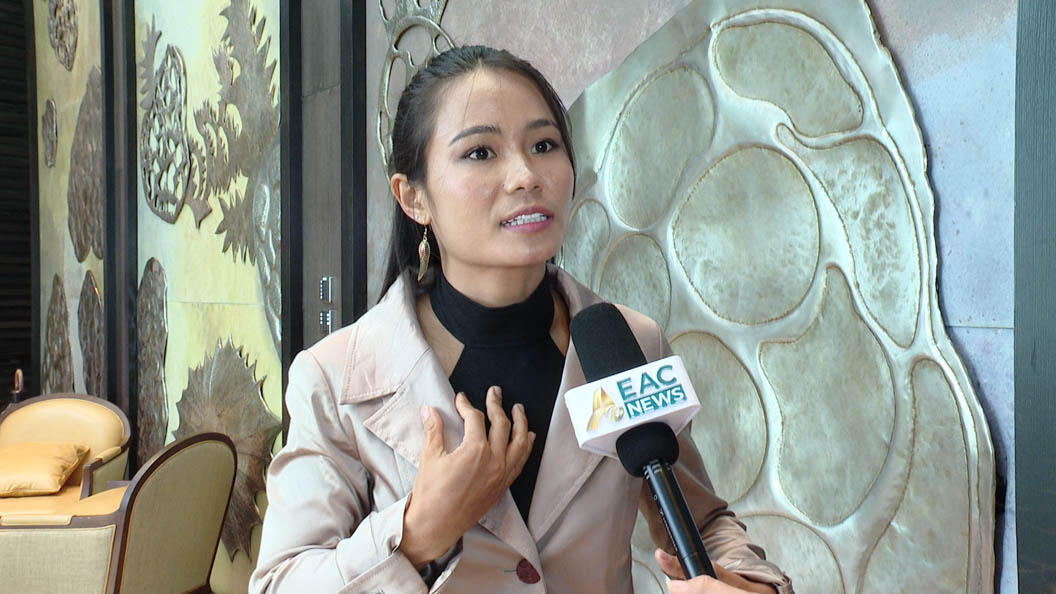 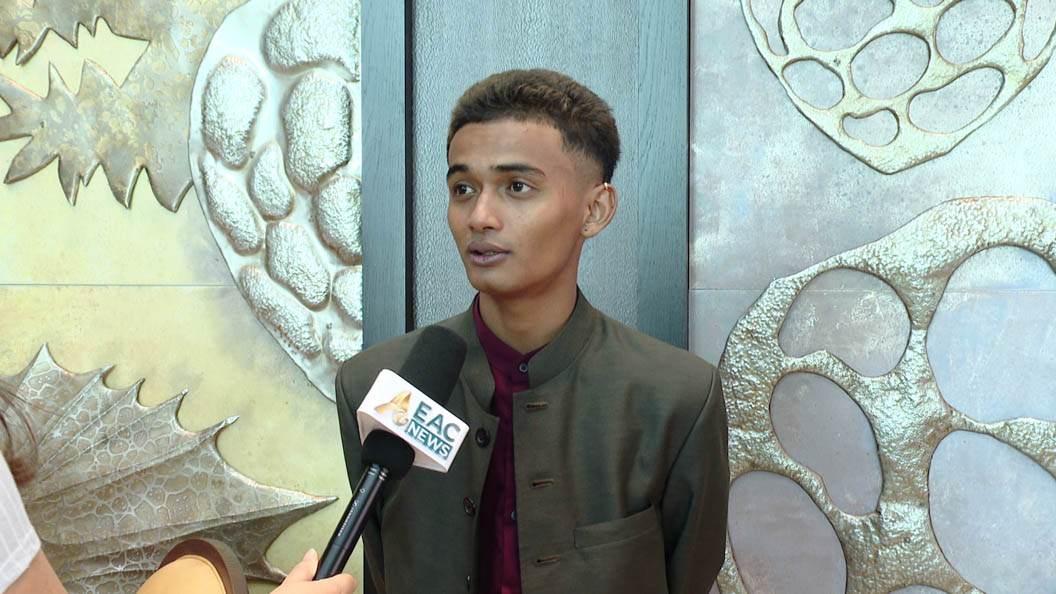 ‘Doctor Strange in the Multiverse of Madness’ Is in Cambodia

"Bangkol Krak 2" Tears Up the Screens this Weekend!