Biden Falls off his bike, making his 45th wedding anniversary one to never forget

INTERNATIONAL: REHOBOTH BEACH, Del., June 18 - U.S. President Joe Biden took a spill from his bike on Saturday as he stopped to greet supporters during a weekend trip to Rehoboth Beach, Delaware.

He appeared to be uninjured after standing up immediately. "I'm good," Biden, 79, said after the tumble, which occurred in front of reporters. "I got my foot caught up," he said.

The president, who was wearing a bike helmet, said the toe cages on his bike should be removed after his foot got caught before he could steady himself.

Later, Biden spent several minutes chatting with people who had gathered to watch him bike.

Biden and first lady Jill Biden were finishing up a morning bike ride in the Gordons Pond area on the Delaware shore. They marked their 45th wedding anniversary on Friday.

"Have to take off these things. My foot got caught."

REPORTER : How soon are you talking to Xi?"

"I'm not talking to you on my vacation. Yes, I am going to talk to him."

REPORTER: How soon are you talking to Xi?"

REPORTER : "Have you made up your mind on China tariffs, sir?"

BIDEN: "We're in the process of doing that."

REPORTER "You're lifting the tariffs?"

BIDEN: "We're in the process of making up my mind."

The White House said the president did not require medical attention.

"As the president said, his foot got caught on the pedal while dismounting and he is fine," said a White House official who did not wish to be named. "The president looks forward to spending the rest of the day with his family." 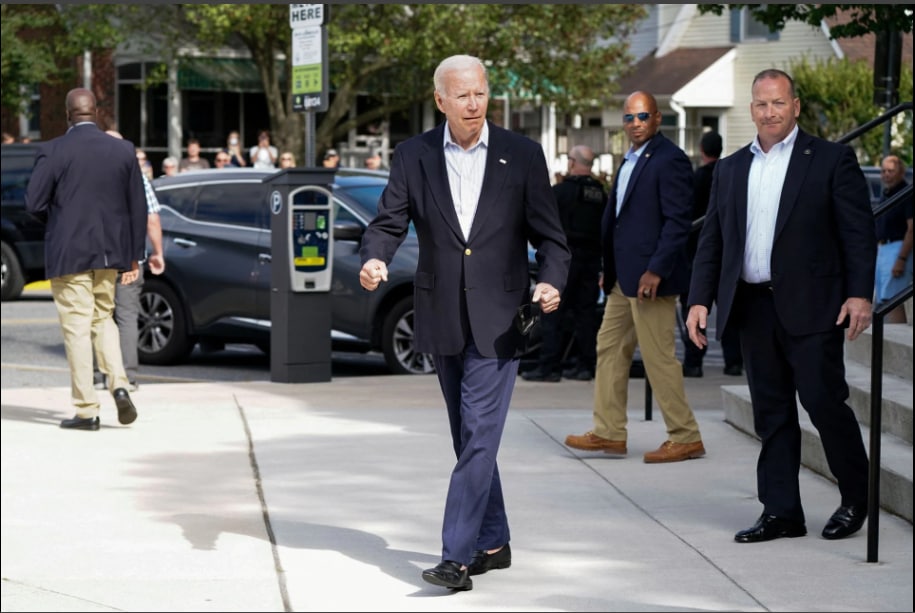 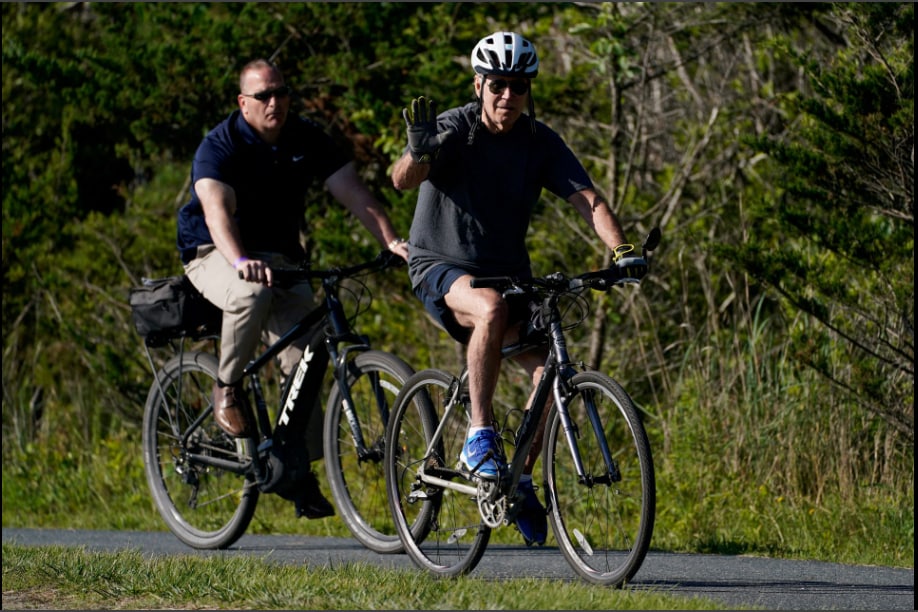 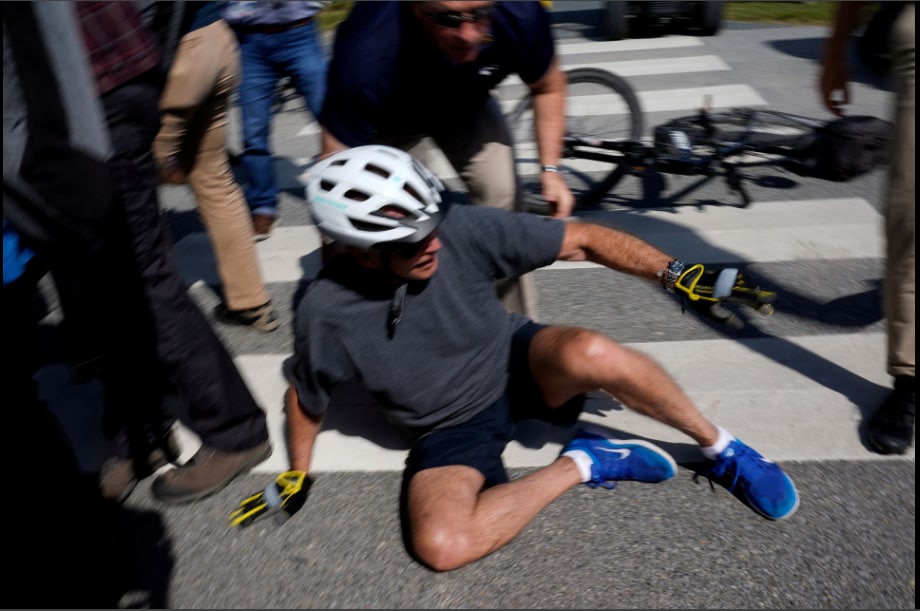 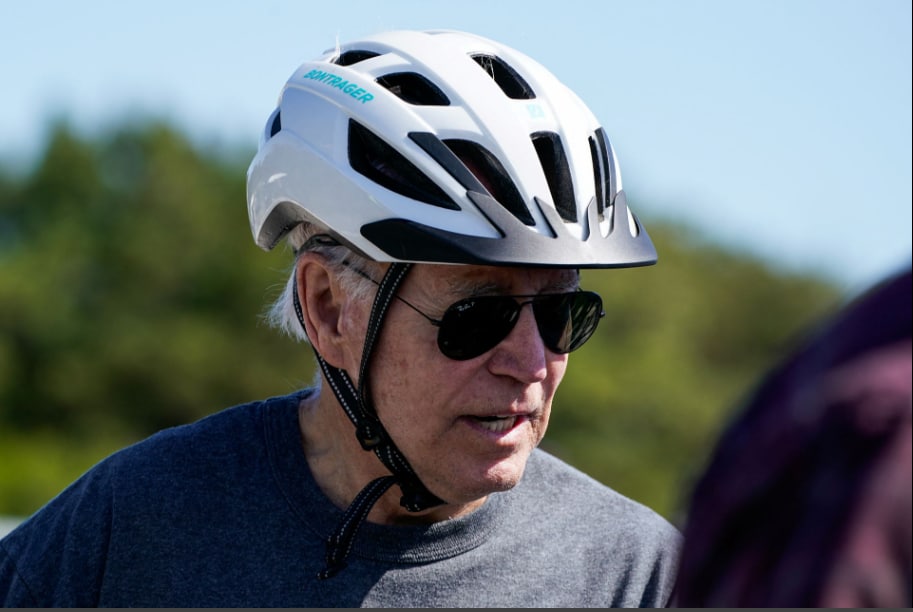