PHNOM PENH: The Spokesman of the Ministry of Justice has released a statement to clarify and inform the national and international public that on Tuesday, 14 June 2022, the Phnom Penh Municipal Court convicted Ms. Seng Chantheary and 42 other activists for their involvement in leading, supporting and participating in the event to overthrow the government upon the return of opposition leader, Sam Rainsy, on 9 November 2019. All convicted activists have been charged for “inciting and conspiracy under the provisions of Article 453, Article 494 and Article 495 of the Penal Code of the Kingdom of Cambodia.”

The Minister of Justice Spokesman outlined the following activities to the events of 9 November 2019, referred to as "Event 9/11,” saying Sam Rainsy and his accomplices: 1) incited and appealed to the armed forces and civil servants to rebel against the Royal Government; 2) committed acts of incitement and called on the people to rebel against the government; 3) conducted fundraising to feed illegal forces to carry out the stated activities.

The Spokesman said these three major activities were organized for two purposes: “to enter the country to arrest the Prime Minister who is holding a legitimate position,” and, “to overthrow the legitimate government that emerged from the election.” In short, the Spokesman summarised this plan as a "coup attempt" by violent means, and called the description of a "return plan" just an excuse and “political trick to deceive and entice innocent people to participate in the above plan only.”

The Spokesman states that there is “clear and strong evidence,” for these activities, some of which is “easily found and available because the convicted Sam Rainsy and his accomplices have used Facebook and other social media.”

In regard to the legal aspects related to 9 November 2019, the Spokesman pointed to how plotting a coup attempt or planning to overthrow the government is considered illegal in countries all across the world, with some countries even considering such groups engaged in these activities to be terrorist organizations.

The Spokesman, therefore, concluded that it is the right of the Royal Government to set out the necessary measures to destroy “the plan to devastate Cambodia led by Sam Rainsy and his accomplices and [secure] peace, stability and harmony of the people.” Additionally, he said that countries around the world should “not support the illegal plans of Sam Rainsy and his accomplices,” and that it is “absolutely right that the laws of the Kingdom of Cambodia be strictly enforced to punish criminals on behalf of a sovereign state that adheres to the rule of law.”

The decision to convict Ms. Seng Chantheary and 42 other activists comes after “the court spent nearly three years investigating, gathering evidence and holding hearings.” The Spokesman emphasized that this is the decision of the court, “which is an independent power stated and guaranteed by the Constitution of the Kingdom of Cambodia.”

“Under Cambodian law, a person who disagrees with a lower court decision has the a right to appeal to a higher court and has the right to get a lawyer for defending in accordance with applicable laws and procedures.”

Finally, the Spokesman has called on all parties who do not agree with the decision of the Phnom Penh Municipal Court to respect and abide by the rules and procedural laws of Cambodia by “participating in the court proceedings and providing a lawyer with strong evidence or testimony to challenge and acquit in the appeal proceedings in accordance with the provisions of the existing law of the Kingdom of Cambodia.” 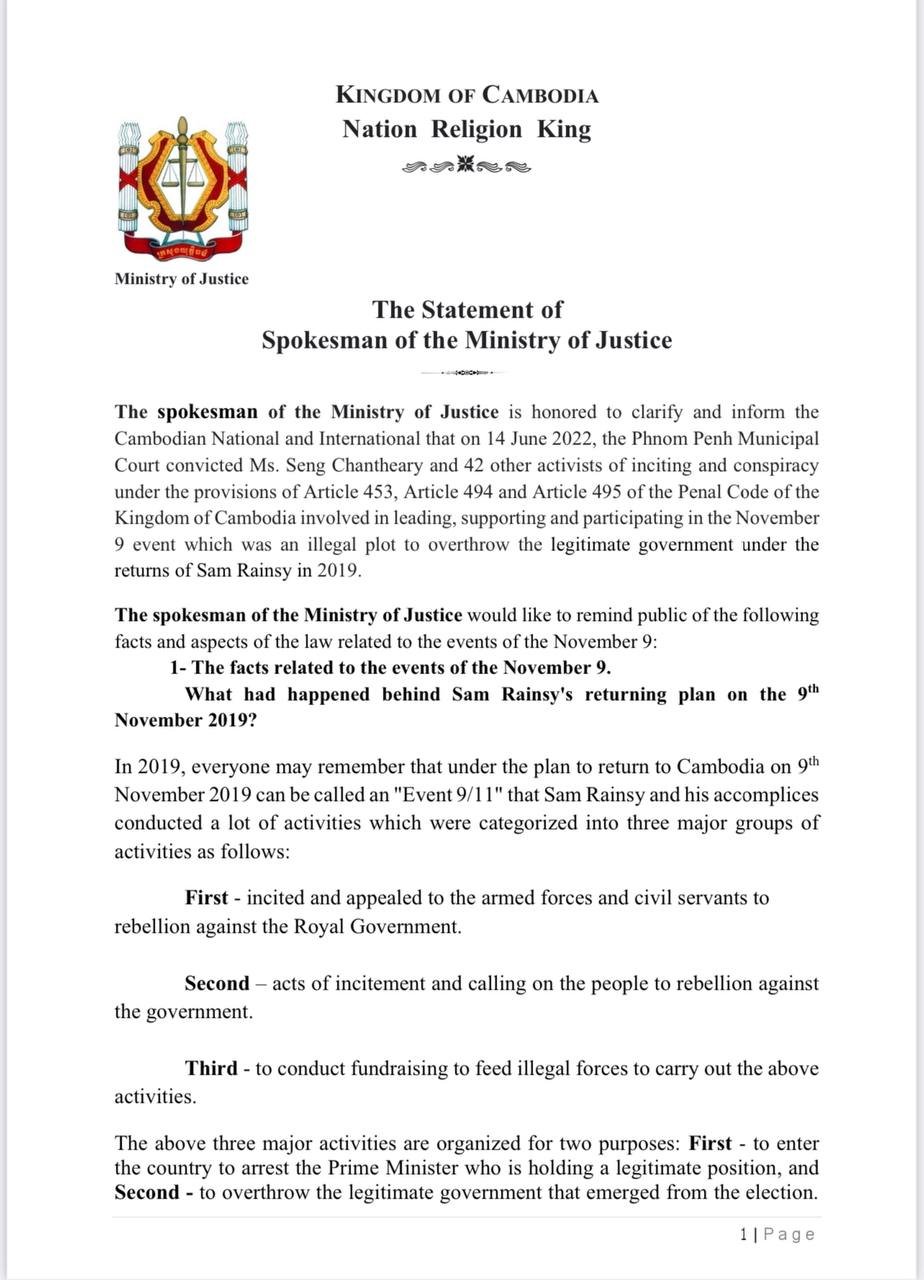 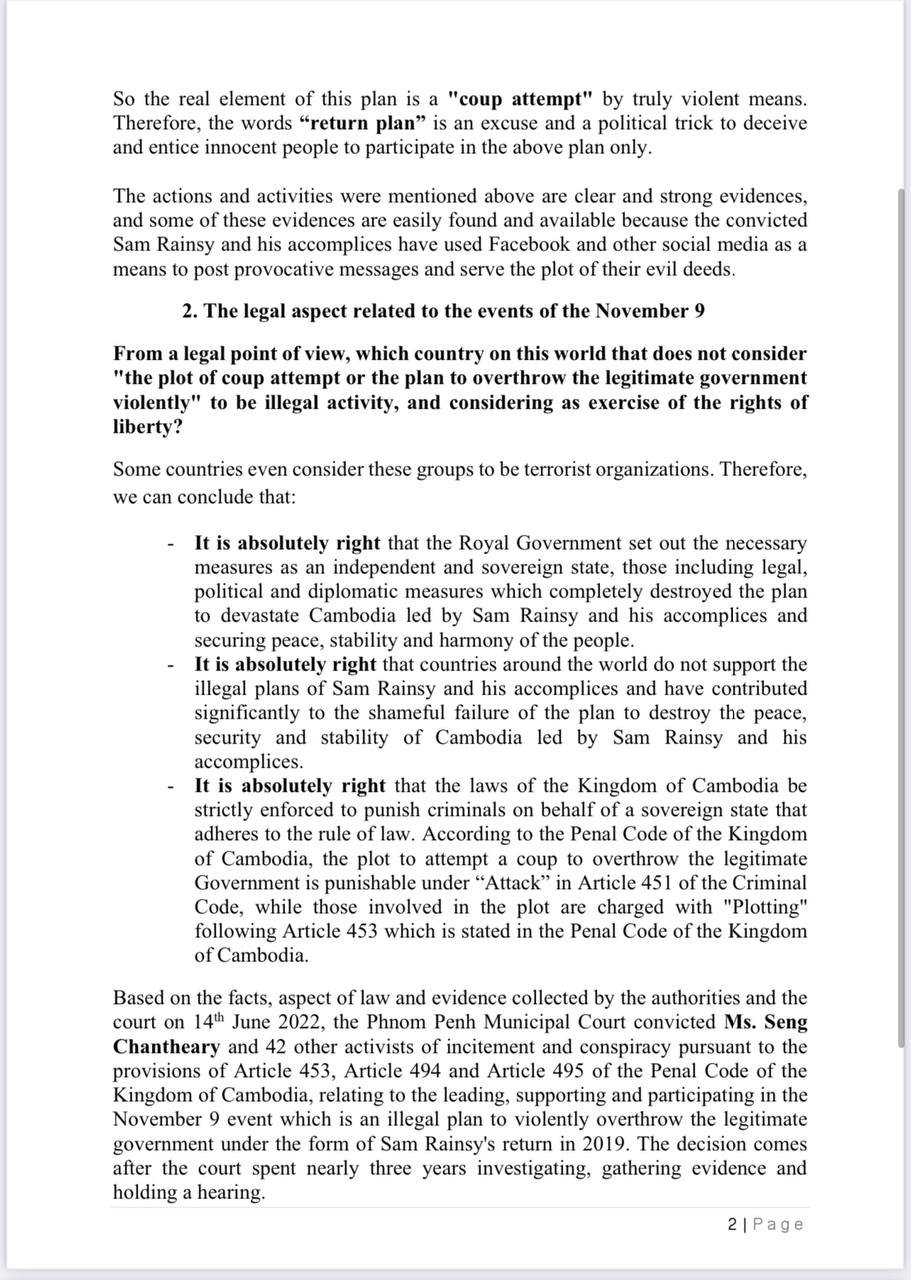 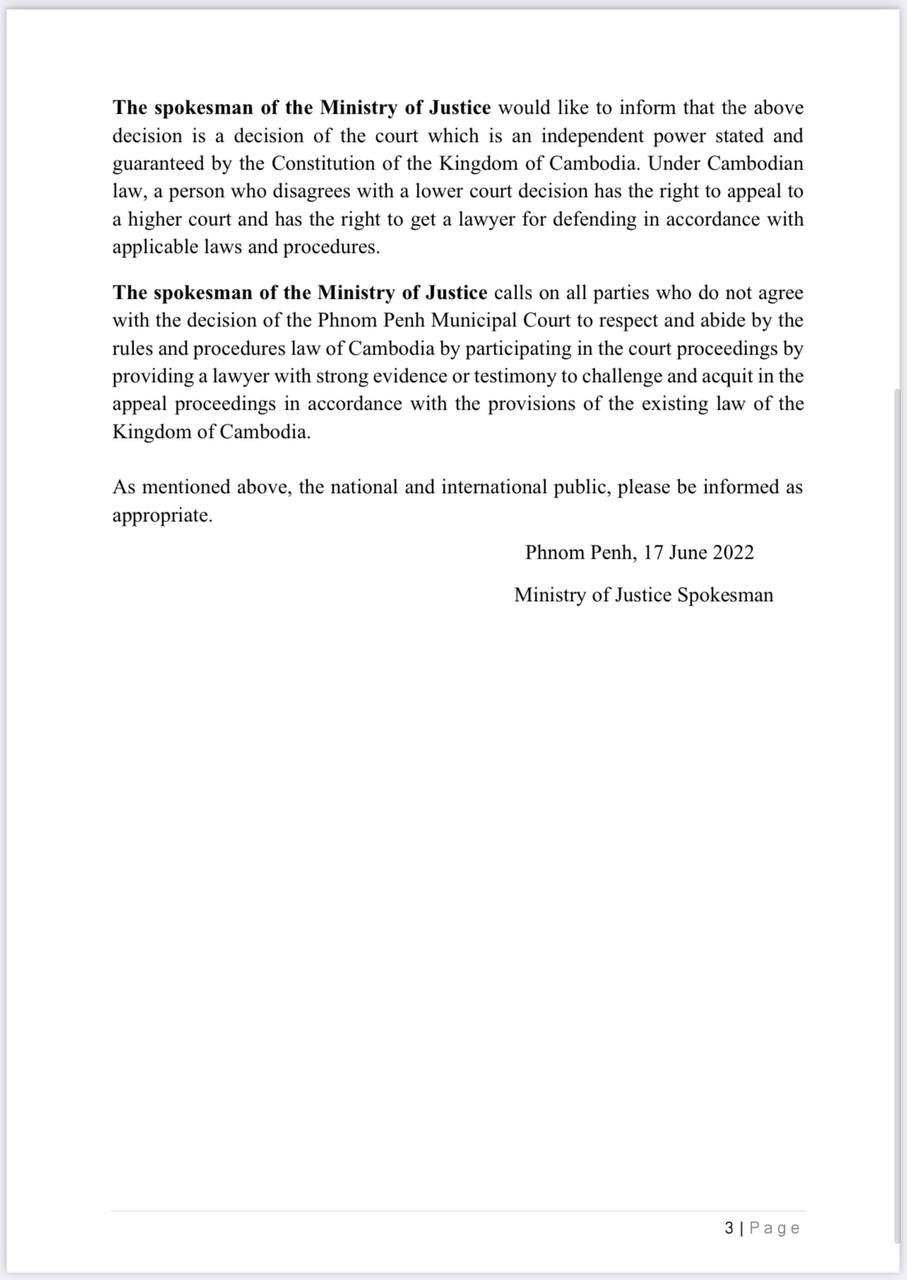 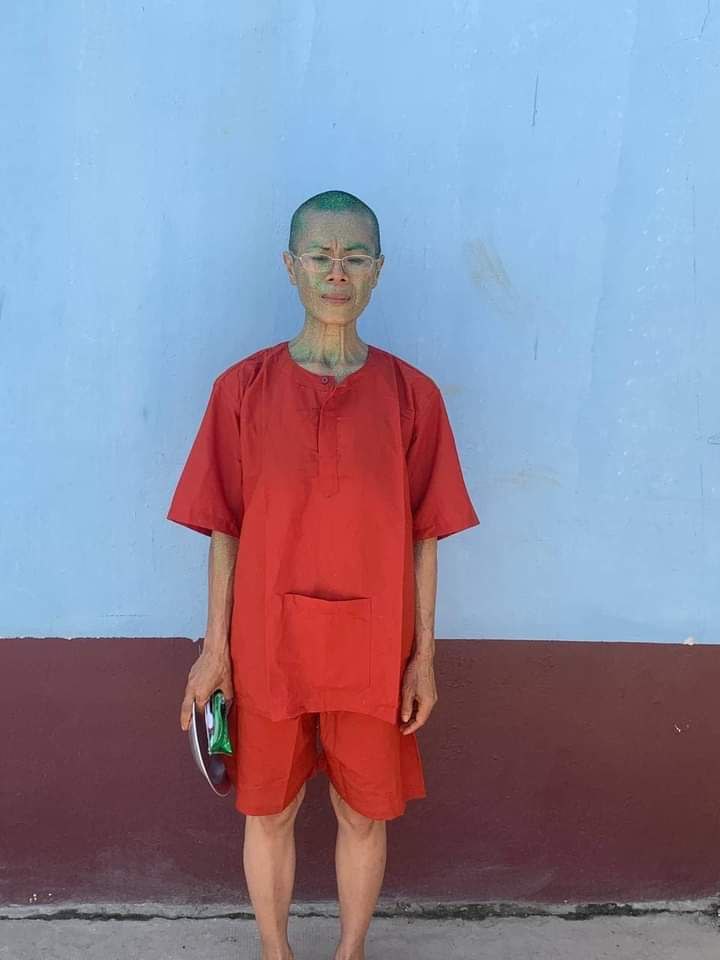 Hun Manet: The Determining Factor of the Success of the CPP Is the Dissemination of the Works and Completed…

Yim Sinan: We Want a Life Without an Arrest Warrant