When Mom Gets Old Is a Film to See This Weekend!

PHNOM PENH: A star-studded movie in the Mother series, “When Mom Gets Old” premiered on Tuesday, 14 June to capture this holiday weekend crowd.

The premiere was attended by various celebrities in the industry. There were snacks and drinks provided to guests before the event began. The Under-Secretary of State from the Ministry of Culture gave a welcome speech and said he was glad to see so many had come out to support the film industry now that the government has gotten Covid-19 under control. He also praised Poan Phoungbopha for being a model for women and their strength, as she both wrote and directed this movie.

Te Song, the CEO of Kongchak Pictures, expressed pride that his company, in partnership with MCNV Pictures, produced this film, and said that he hopes the public will come to support it in theaters. Kongchak Pictures says it is committed to innovating in the Cambodian film industry.

Poan Phoungbopha said she has been happy to see her work get continuously produced and respected in spite of her age, and this experience provided her inspiration to write and direct this movie. This is the third movie in her Mother series, which started with “A Mother’s Heart” and proceeded with “Modern Mothers.” This movie was based on her acclaimed novel published in 2019. Although the topic of the film may seem simple, every family can understand, relate and talk to each other about it.

She said, “This topic seems simple, ‘When Mom Gets Old.’ What happens when Mom gets old, this story is discussed and dissected in every family that has aging mothers and younger children. But my child raised a good point that I don’t think is wrong. When Mom gets old, the children are also getting older. So everyone gets older at different stages [of life.]... [I hope] everyone who has seen [the film] will understand and change their perspective, their way of thinking, and their actions [towards their parents].

Nin Sotheara, an actress in the movie, echoes this sentiment as she reflects on her journey with her mother and herself as a mother.

She said, “When I was a kid, I also thought similarly to kids this generation. [Think our parents play] favoritism. [Think our parents] treat younger siblings better and think they don’t love us as much, like [this generation’s train of thought]. From childhood, we think the same, until we grow older and become mothers ourselves, that [I understand my parents]. The truth is, the children that do not think ahead, parents will worry more about them more. But the truth is parents, they love their children equally. For my child, I did this film for him to watch as well.”

Yith Meas Aussa, also known as Edwin, played “Oudom” in this movie. He was happy to be a part of this film because he has worked with Poan Phoungbopha before and considers her as a mother figure as well.

He said, “This film is not the first time, I think it’s the fourth or fifth time that I worked with [Poan Phoungbopha] not only in an acting capacity, but I also worked with her. I worked with her as an assistant director, first AD, and production. I consider her a mother and she also calls me ‘Kon’ (child). For those who don’t know her, they think she’s mean or has a bad mouth. At first, I felt the same way, but the more I got to know her, oh, this is how she disciplined us to be good. So the more [I hear] the words of discipline, the more I listen because what she said helped us grow to the next level. I like and respect her like my own mother, in addition to my own birth mother.”

Mean Sonyta was excited to join this film because she wanted the role of “Pisey” as soon as she read the script. She hopes that many people will come to watch this meaningful project.

She said, “First of all, I was very excited to join this film because it’s a film that is dear to my heart. After I read the script, I began to daydream of playing [Pisey] in this film because at the very least, we could show actions to the people to see as examples. In the film whether it’s a little or a lot, each family has some misdeed towards their mothers. So [I want] people to come to see and adjust their actions for their mothers while they are still living.”

The premiere also featured a lucky draw for fans to win different prizes from Xiaomi. Khmer boyband, Xeno, also performed several songs, and the stars held a photo-op with the stars.

“When Mom Gets Old” is playing in all cinemas across Cambodia. 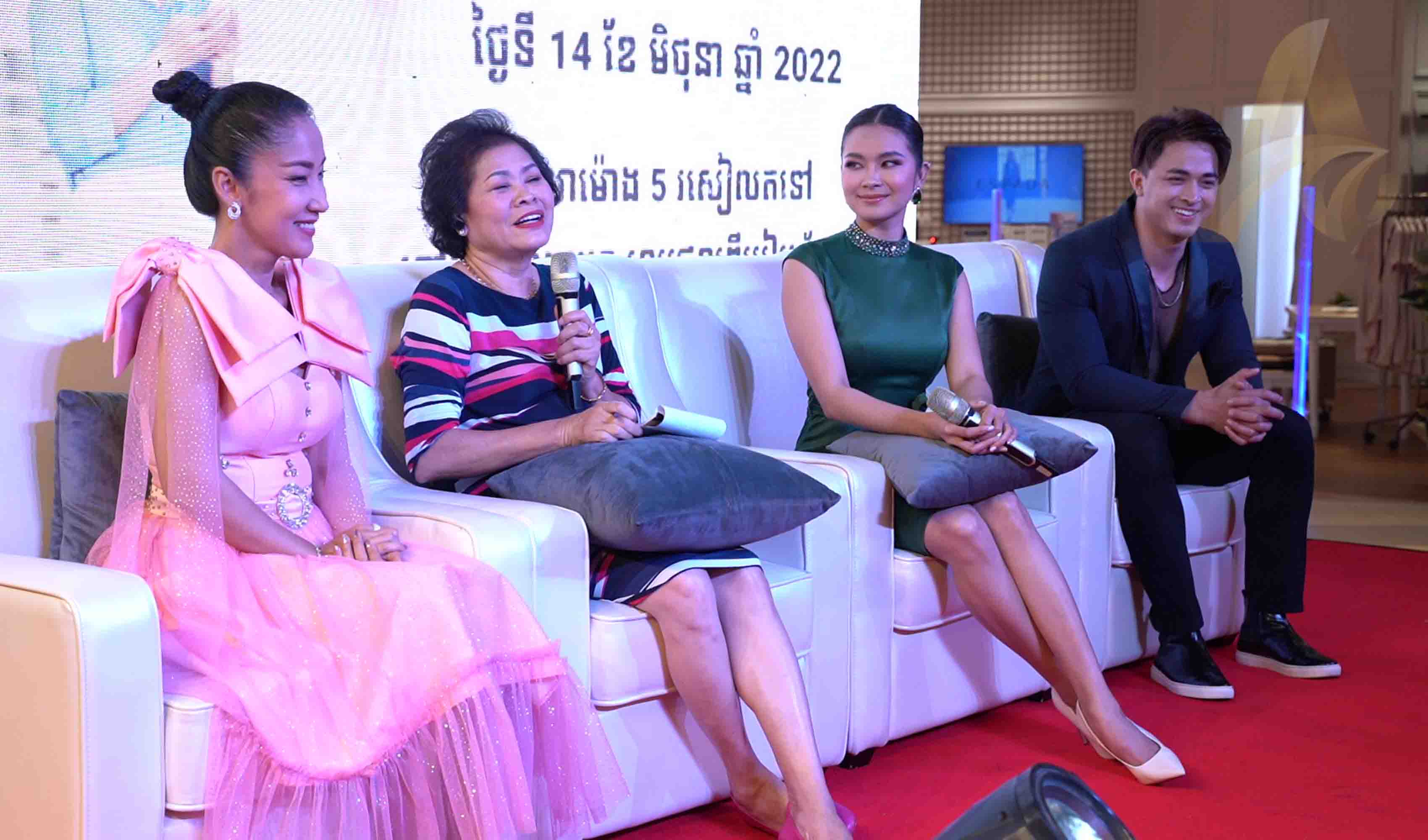 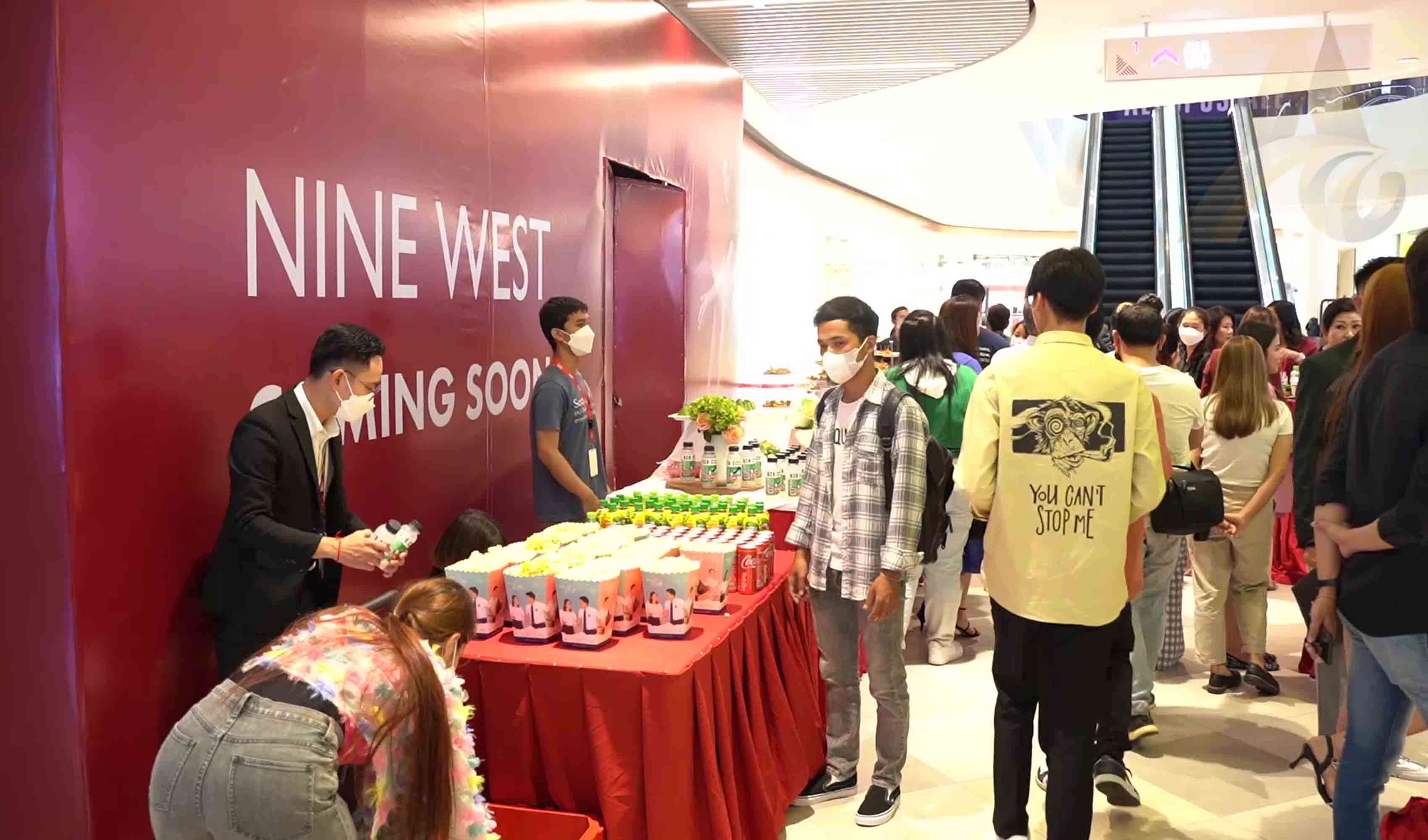 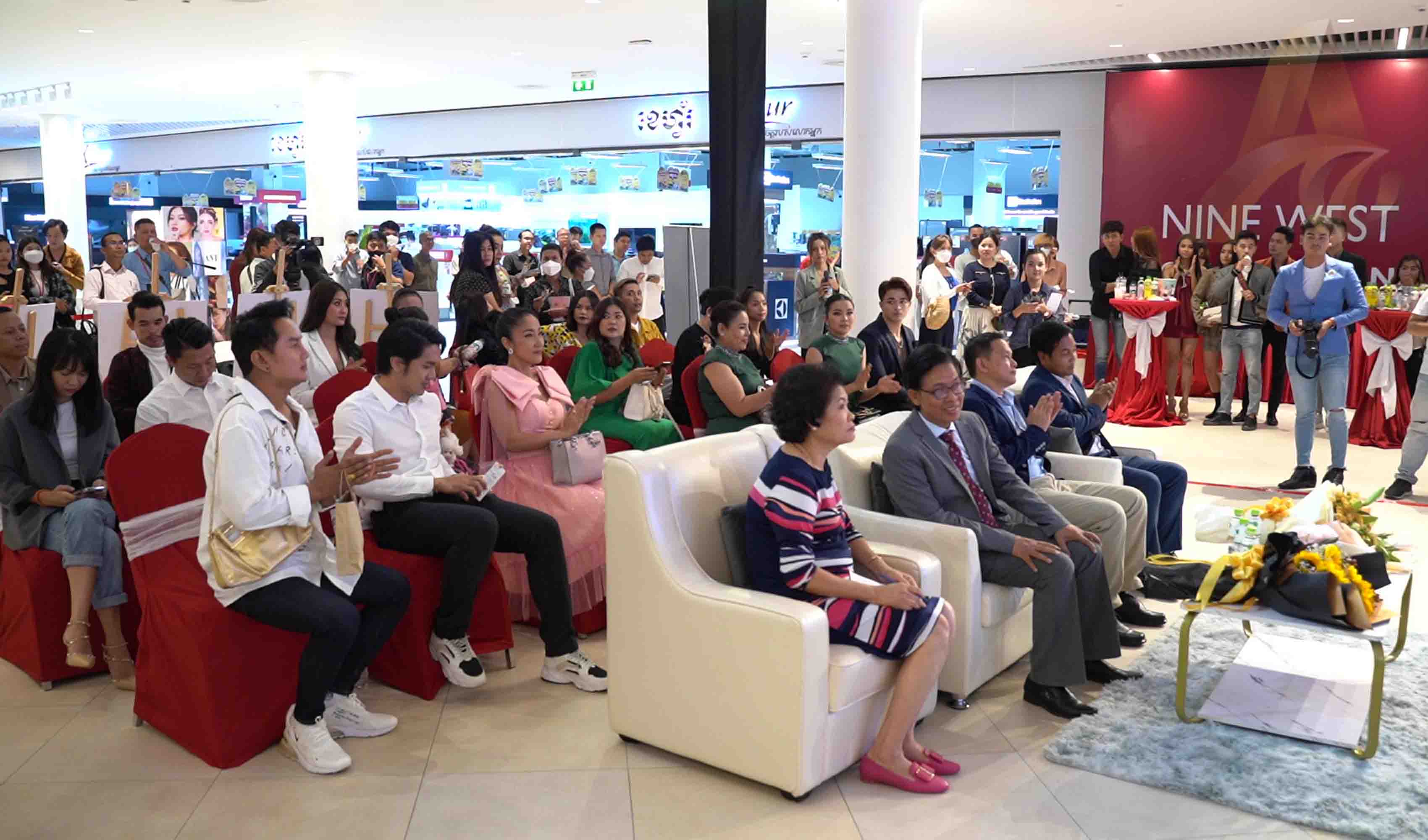 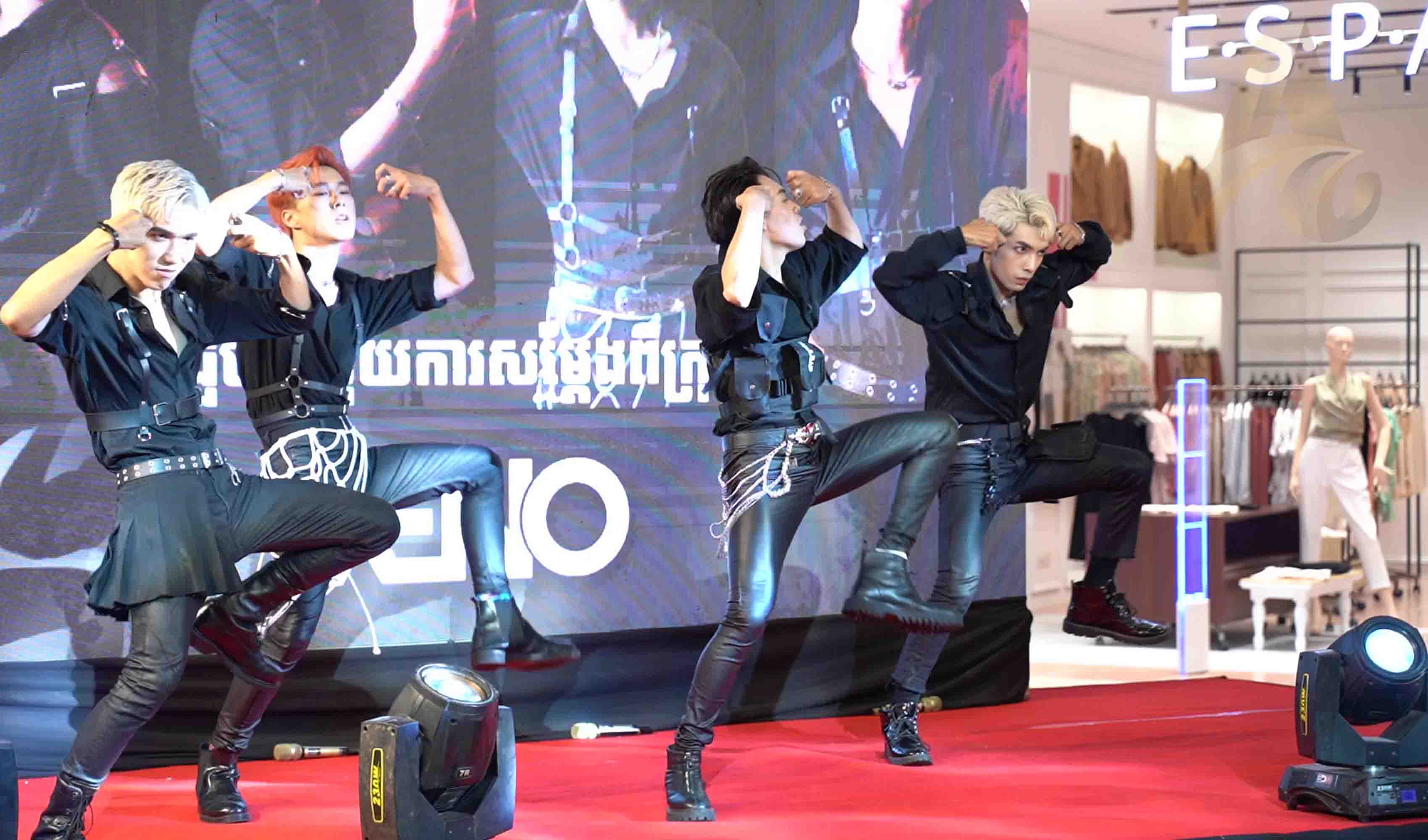 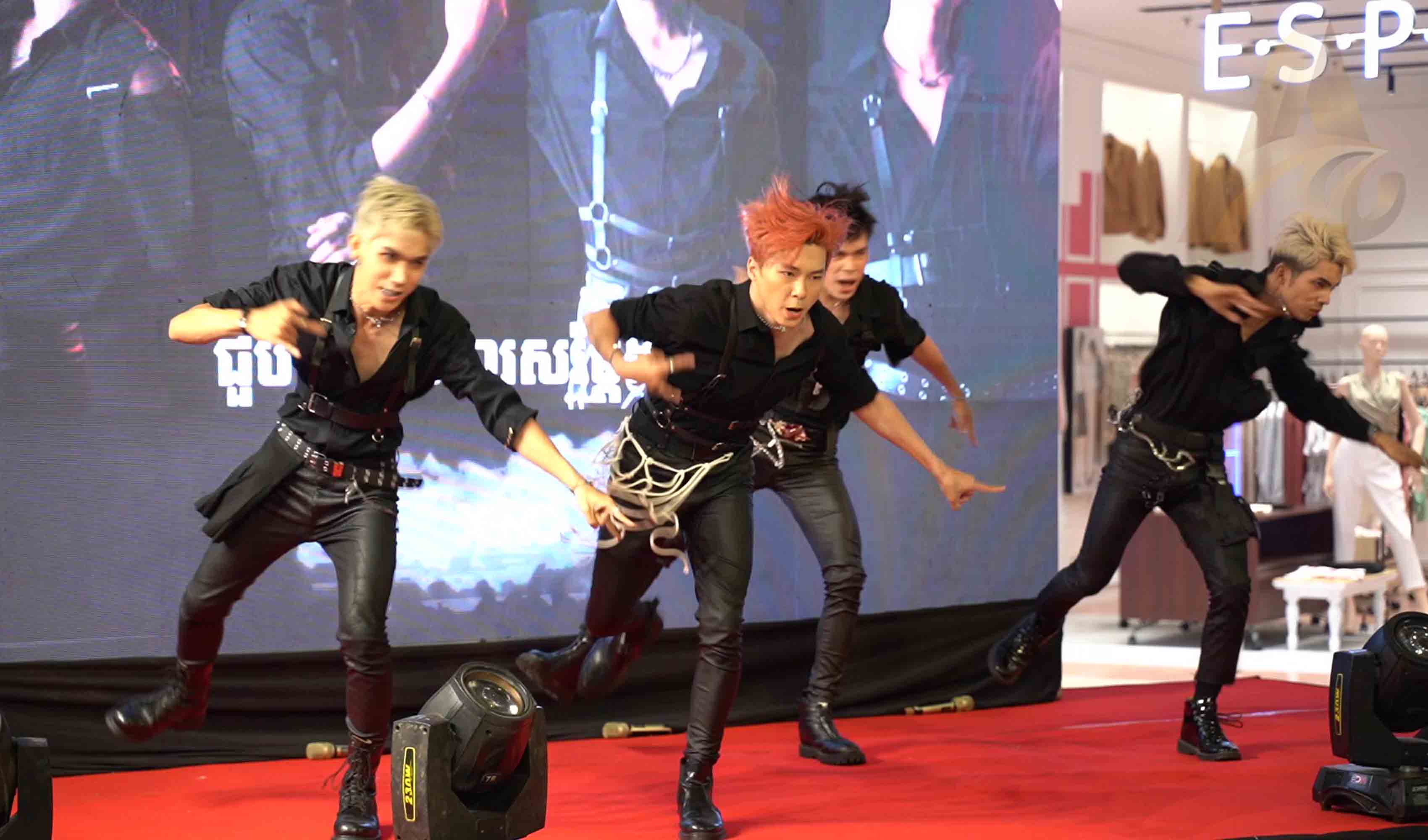 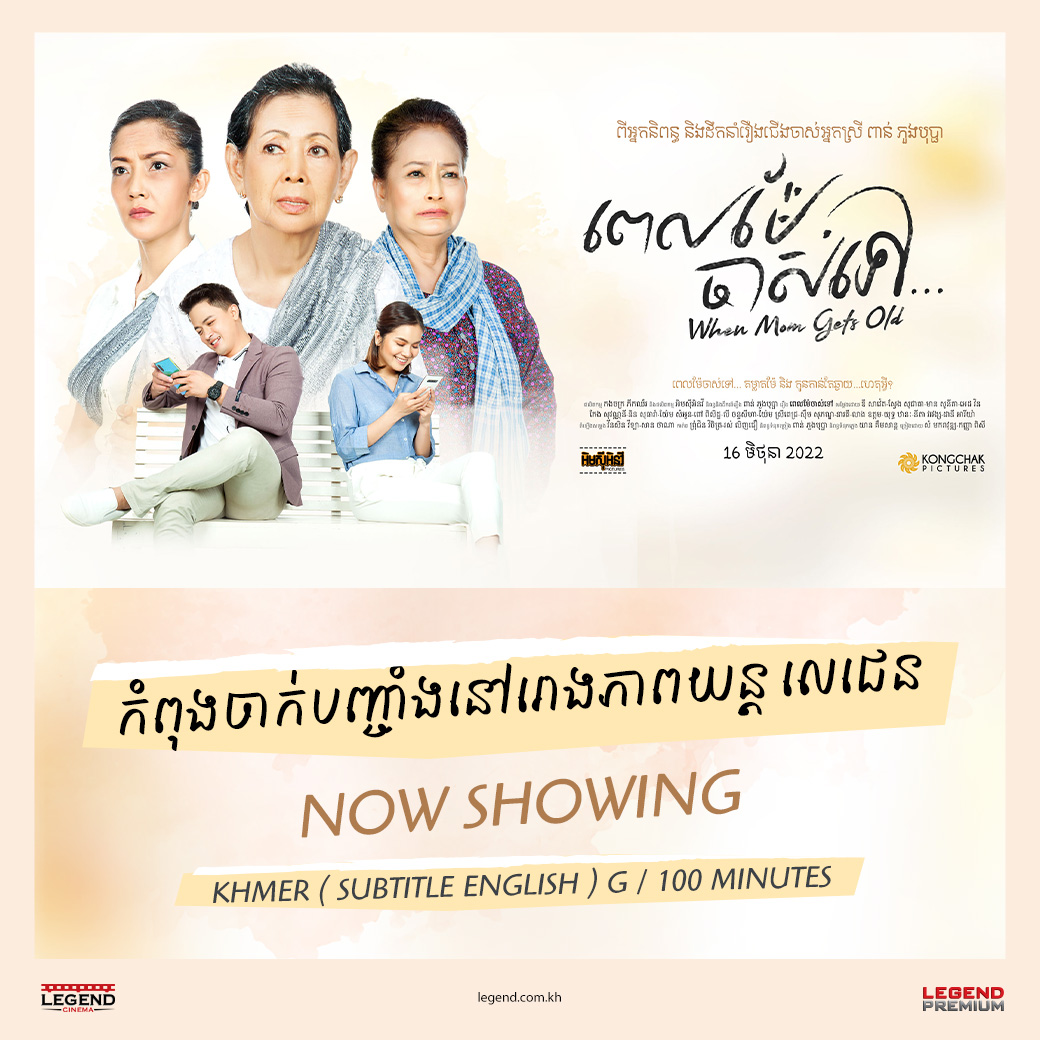