Migrants sew their mouths shut in protests to cross the Mexico-U.S. border

INTERNATIONAL: Migrants are stranded at the border state of Nuevo Leon, in Mexico, sewed their mouths shut on Wednesday (June 15) in protest against state government hurdles to let them move to the United States border.

Despite having a visa that allows them to transit throughout Mexico, migrants haven’t been able to get bus tickets to travel to the Mexico-U.S. border.

Protesters arrived at the Government Palace of Nuevo Leon, in the capital city of Monterrey, weaving their country’s flags and chanting “we want to go”. Some protesters symbolically sewed their mouths shut in an attempt to get someone to listen.

A migrant from Venezuela told reporters he would rather die in Mexico than be deported to his country.

The protest comes on the heels of the U.S.-hosted Summit of the Americas, where a series of migrant programs supported by various countries across the hemisphere and Spain were disclosed.

Those programs include the United States and Canada committing to taking more guest laborers, providing legal pathways for people to come work, and other countries agreeing to greater protections for migrants.

At least 6,000 people, according to witnesses, left the border city of Tapachula. Mexico's National Institute for Migration did not provide an estimate of the group's size and provided no additional comment on the caravan. 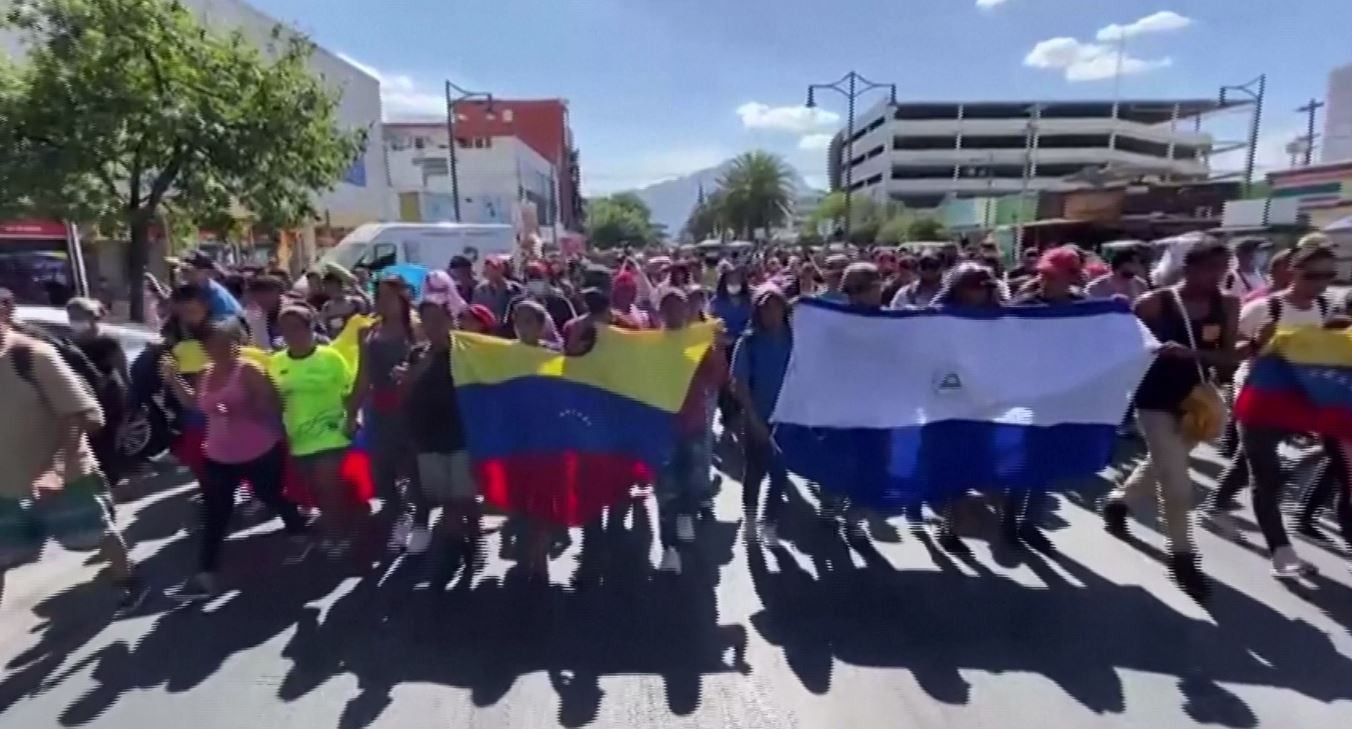 Russia Considers Withdrawing From WTO, WHO Due To Obligation Neglect: Russian Official