An Unforgettable Night for Football Lovers in Cambodia

PHNOM PENH: Thousands of Cambodian football fans came to experience the amazing FIFA World Cup™ Trophy with Coca-Cola on Wednesday, 15 June 2022 at the Morodok Techo National Stadium. Participants were full of excitement as they joined the celebrations of their shared love of sports and friendship.

Thousands of people eagerly lined up for one of the rarest opportunities in their lives, to see the "Original World Cup Trophy" in person at the Morodok Techo National Stadium in Phnom Penh. The event was part of the "FIFA World Cup™ Trophy Tour" presented by Coca-Cola, bringing the original trophy to football lovers around the world before this year’s World Cup in Qatar.

One of the participants, Khay Chanthou, arrived early in the morning to wait outside the stadium, saying "I could not contain my excitement at this time. I have two friends who also came with me. We have all watched football together since we were young. This will be one of the best times of our lives."

At 3 PM, the long wait finally came to an end for the lucky 2,000 fans who were able to get up close to the trophy national football teams around the world vie for.

The trophy embodies the success and pride of the FIFA World Cup, with only the best football players in history getting a chance to hold it. Having the opportunity to see such a famous sports symbol up close is a dream for many football fans around the world.

"I have seen the trophy many times on television," said 16-year-old Long Bunroeun, the captain of a high school football team. “It's amazing to see this real trophy with my own eyes. It's a piece of football history, I cannot find the right words to describe my feelings. It has pushed my passion for football."

All the lucky participants at the stadium also had the opportunity to take an official photo standing next to the trophy. Many fans shared their experiences on social media to express their excitement with others.

The hashtags #BelievingIsMagic #TrophyTour #CocaColaKH climbed the trends on Facebook, showcasing the Cambodian people's deep interest and love for football. One football fan on social media wrote, "My dream has come true! The World Cup has arrived in Cambodia. Unforgettable memories, really nice to have with good new friends!”

The event began with a thrilling welcoming performance by traditional Khmer drummers and Apsara dancers, creating an energetic atmosphere as the trophy was officially unveiled. Cambodian national team defender, Theary Chanthabin, and goalkeeper, Suyati, also joined football fans at the Morodok Techo National Stadium to see the unveiling of the trophy.

Even though only 2,000 lucky winners were able to get photos with the original trophy, other fans were not disappointed, as they were still able to enjoy a concert held at the stadium, with performances by well-known local DJs and influencers such as Lay Bunleng and Miss Mina.

Football fans were also able to take part in other activities offered by Coca-Cola, such as Coca-Cola's Green Screen Photography booth, Coca-Cola’s Hall of Fame with chances to win prizes, and several food stalls offered various snacks and refreshments.

The reveal of the World Cup trophy ended in the afternoon, but thousands of participants continued to have fun at the stadium late into the night, enjoying the live concert, food, drinks, and even a lucky draw.

“Although I was not lucky enough to be photographed with the trophy, I am still happy,” said Ben Puthyrith, a football lover who also brought his 5-year-old son to the event. “My children [are happy] too. It is not often that we can enjoy such a festive atmosphere. My son must grow up to be a football fan!"

Many other spectators shared similar sentiments, with the hope that Cambodia will be on the list for the 2026 FIFA World Cup™ Trophy Tour once again.

The event underscores the commitment of Coca-Cola and FIFA to setting new standards for fan-focused sports programs around the world. In addition to bringing football trophies to Cambodian fans, the FIFA World Cup™ Trophy Tour also provides new forms of customer activity and creates special opportunities for local people to enjoy, connect and celebrate great games together.

The original trophy is made of pure gold, weighs over six kilograms and depicts two athletes standing with their arms raised above the world. The current trophy and its design have been in use since 1974. The World Cup trophy is one of the most recognized sports symbols in the world, with only a small number of people in the world who can ever get the chance to touch and hold it in their hands.

The World Cup Trophy Tour, hosted by Coca-Cola Cambodia, is a great opportunity for the general public to capture the history of football and make their dreams come true. The feeling of seeing the real World Cup Trophy will stay in the memories of football fans forever. 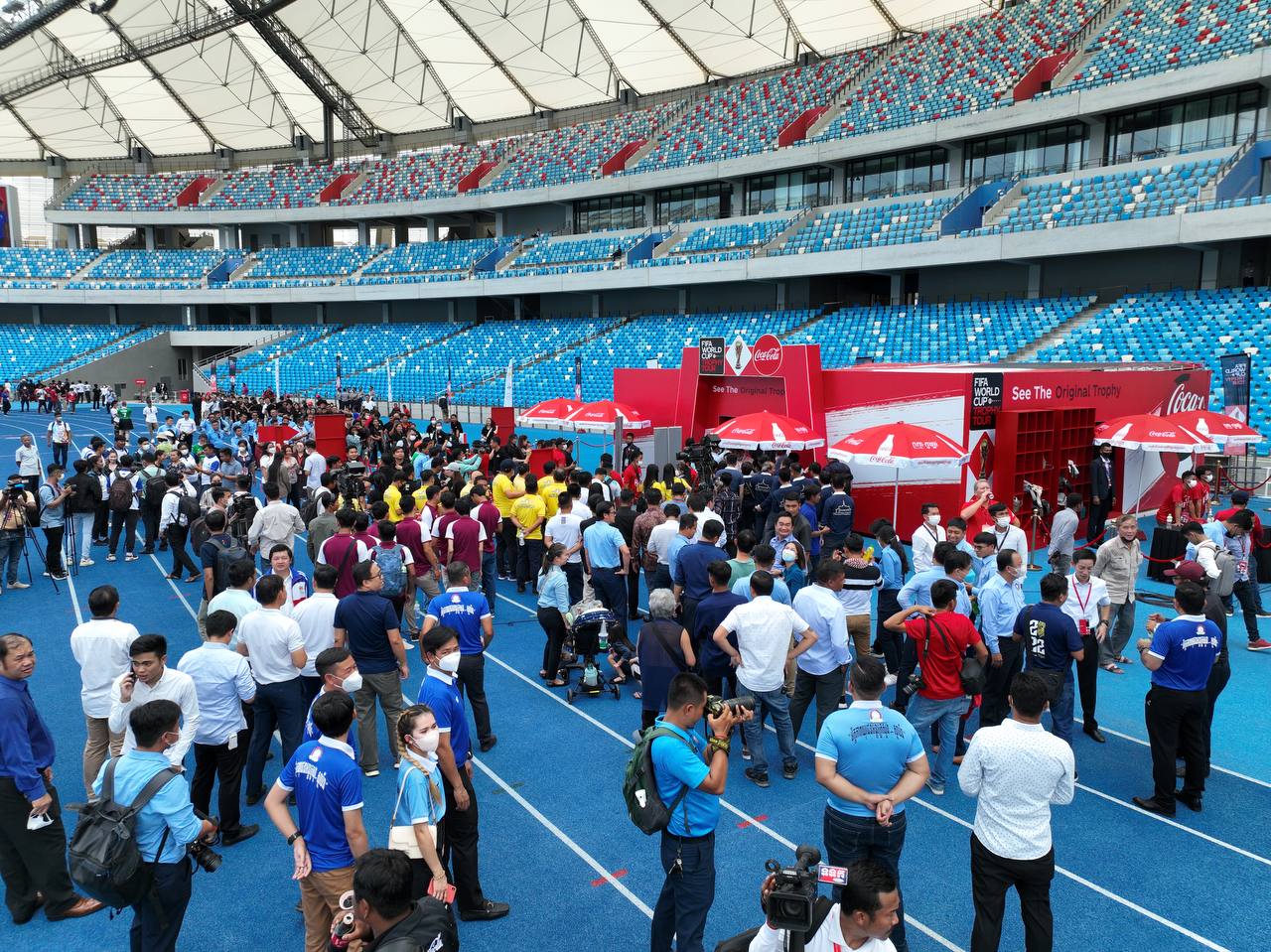 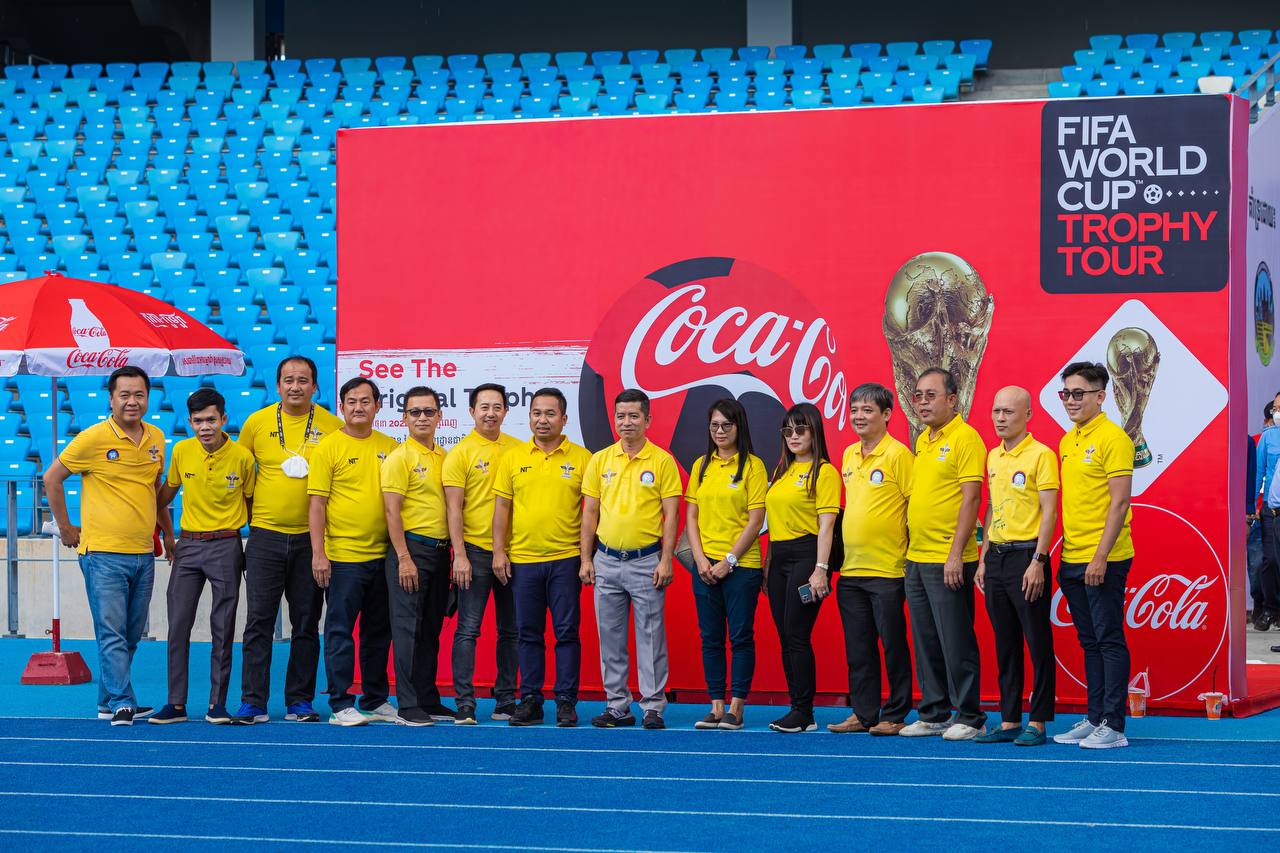 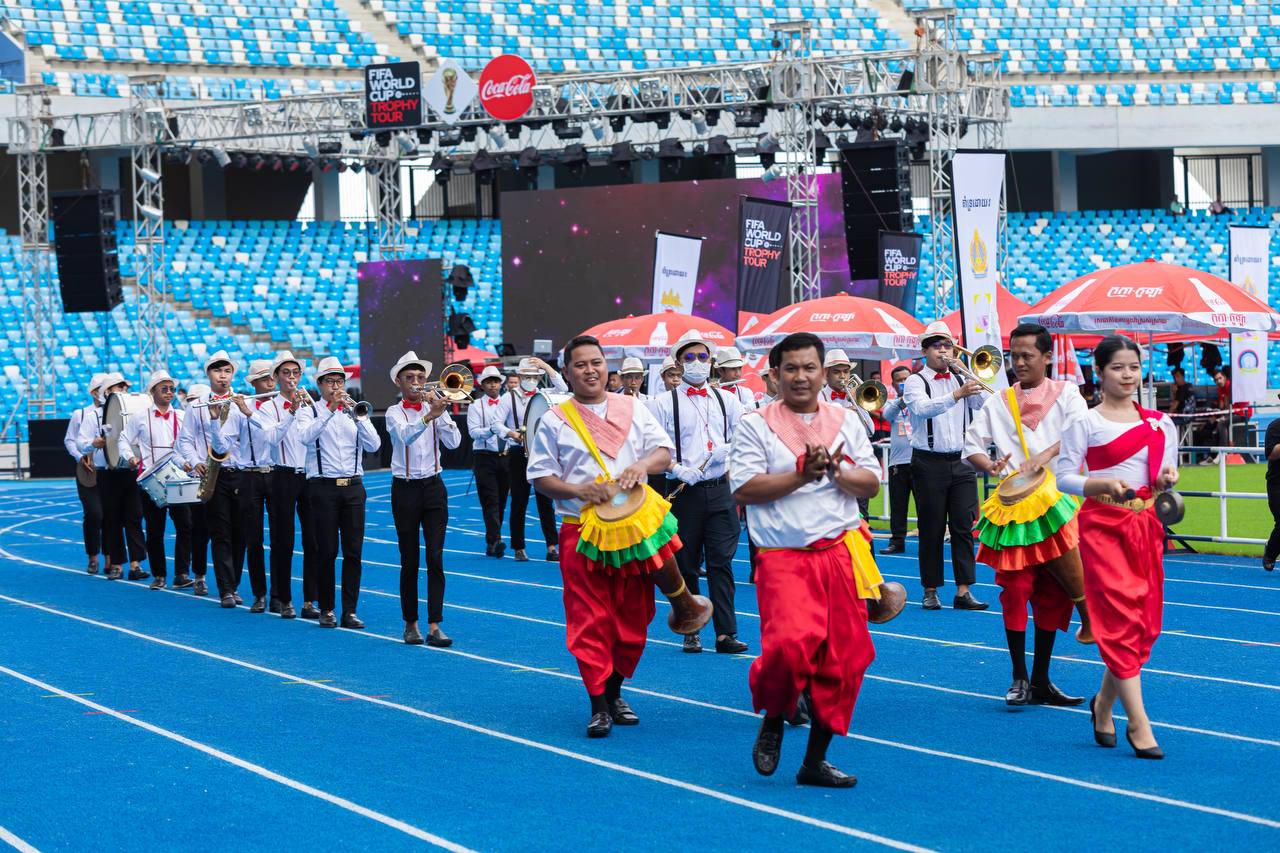 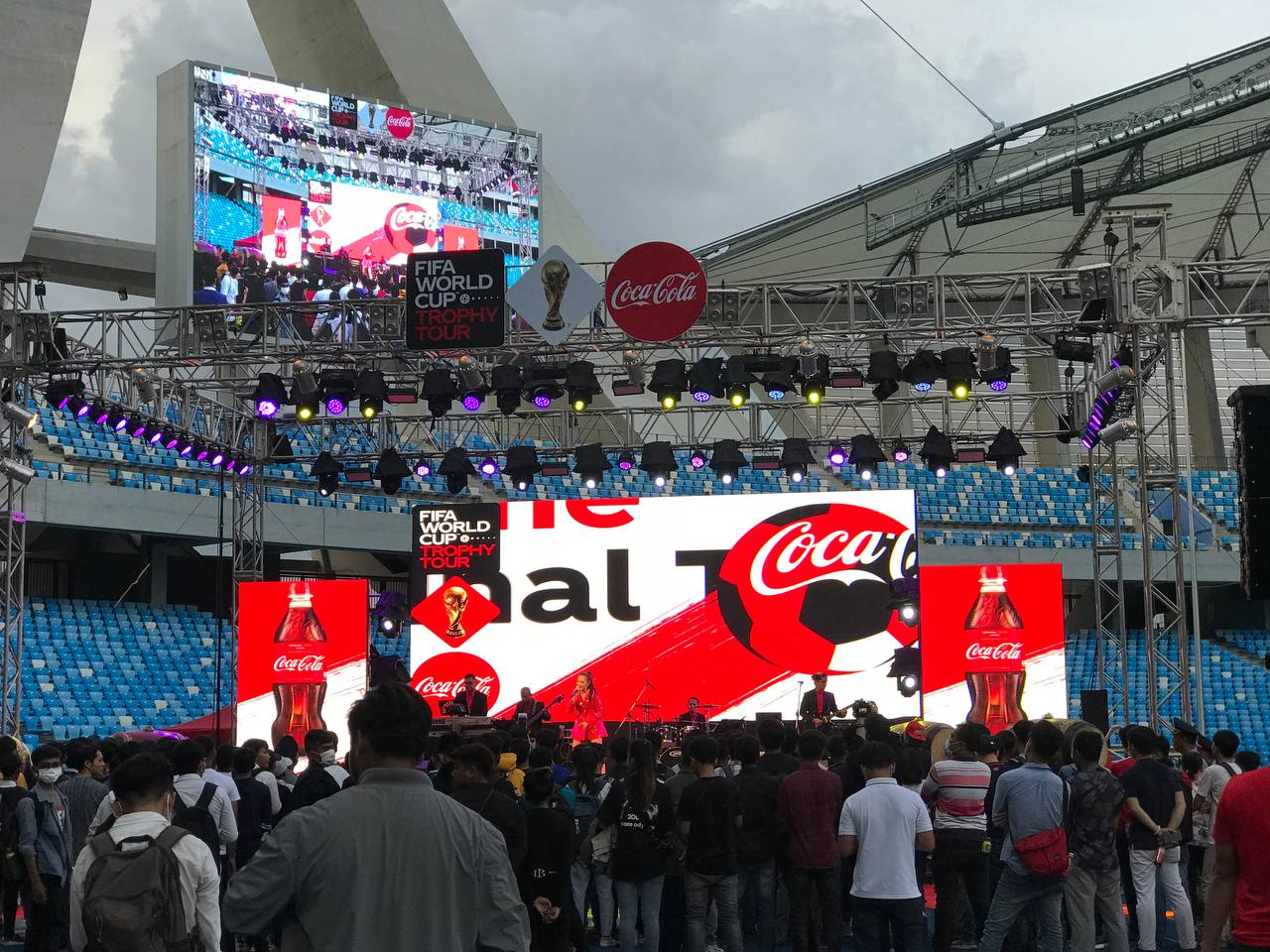 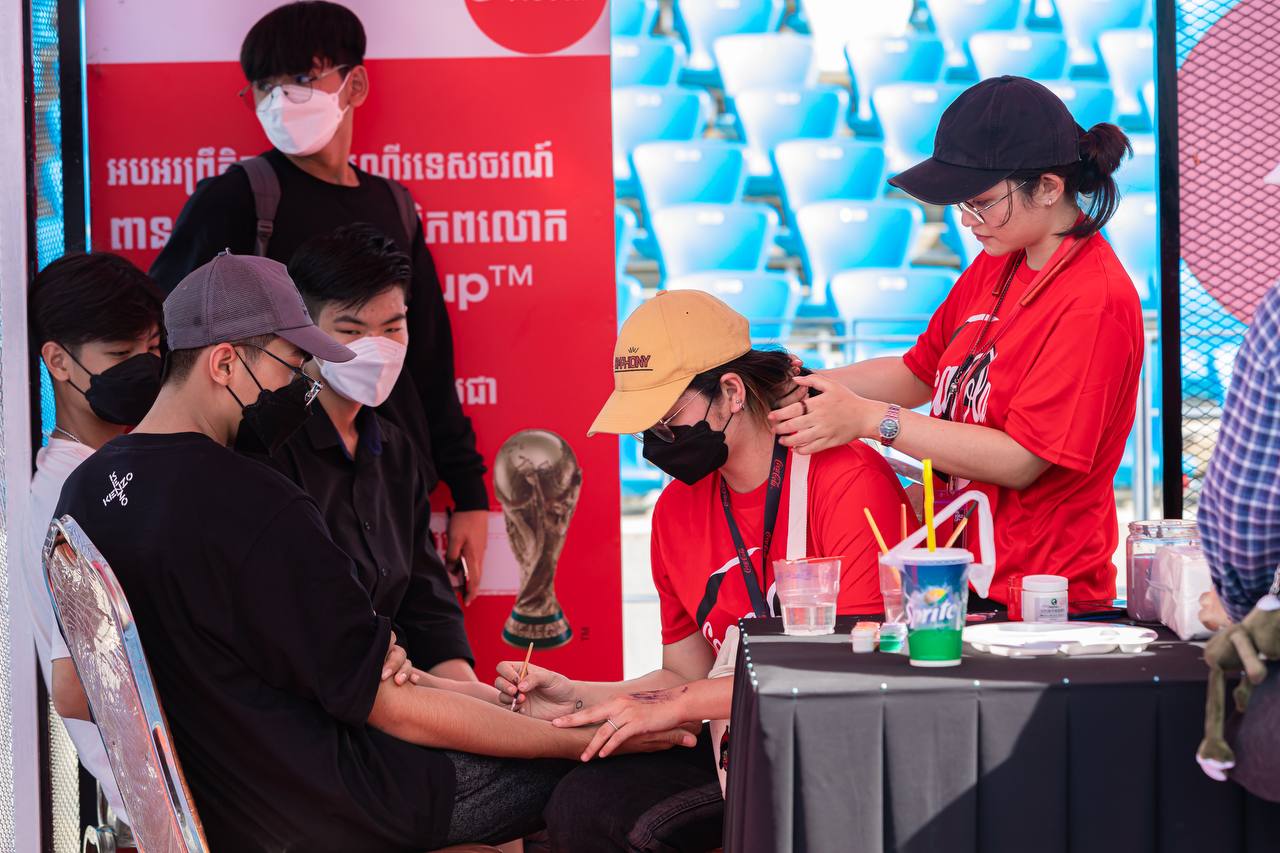 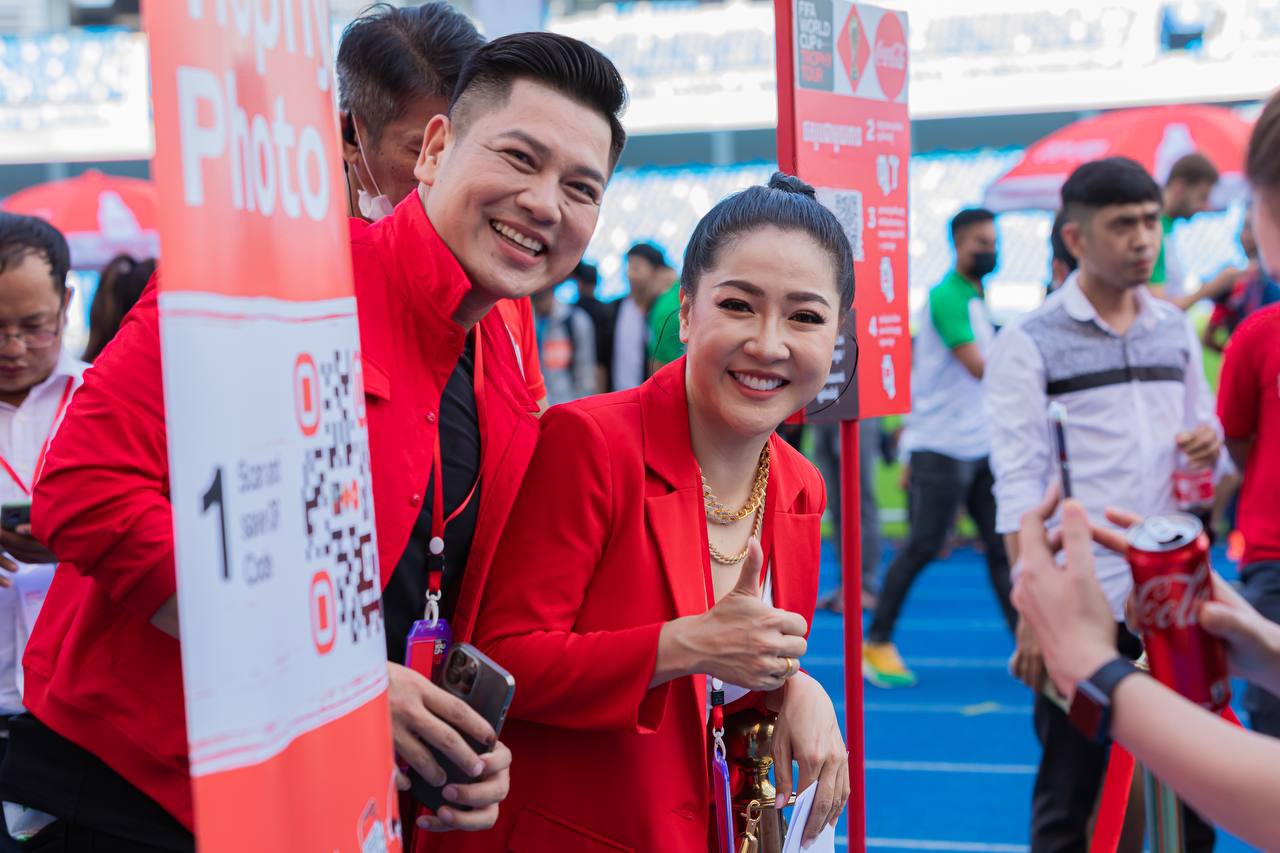 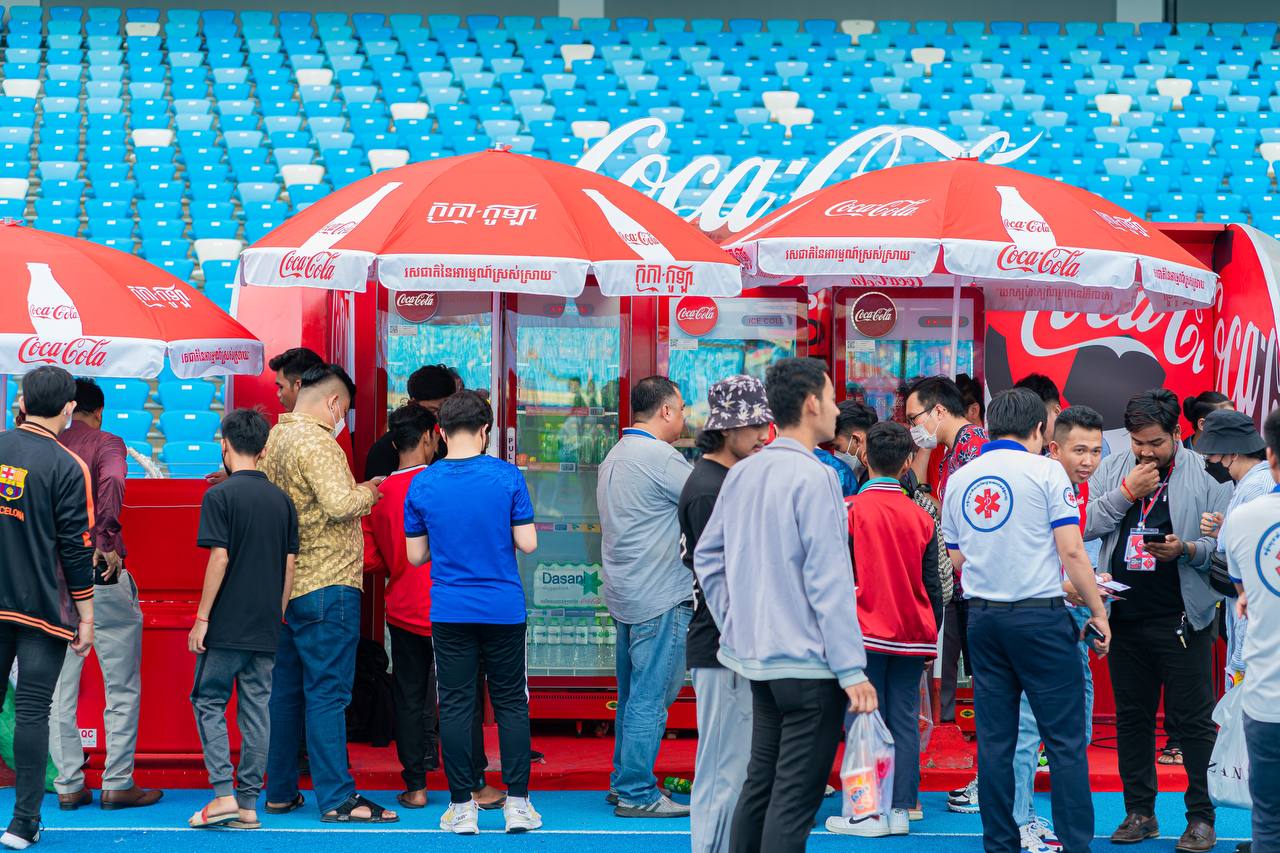 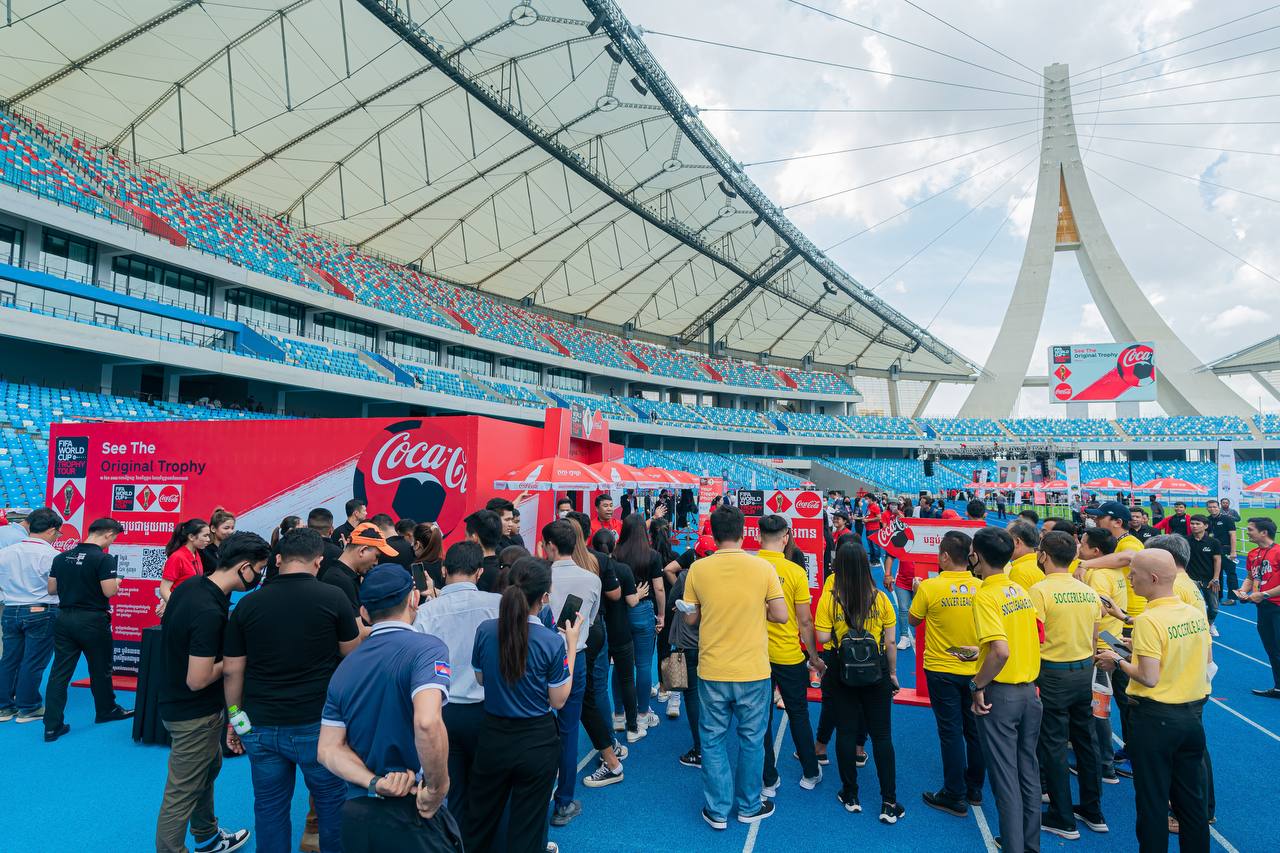 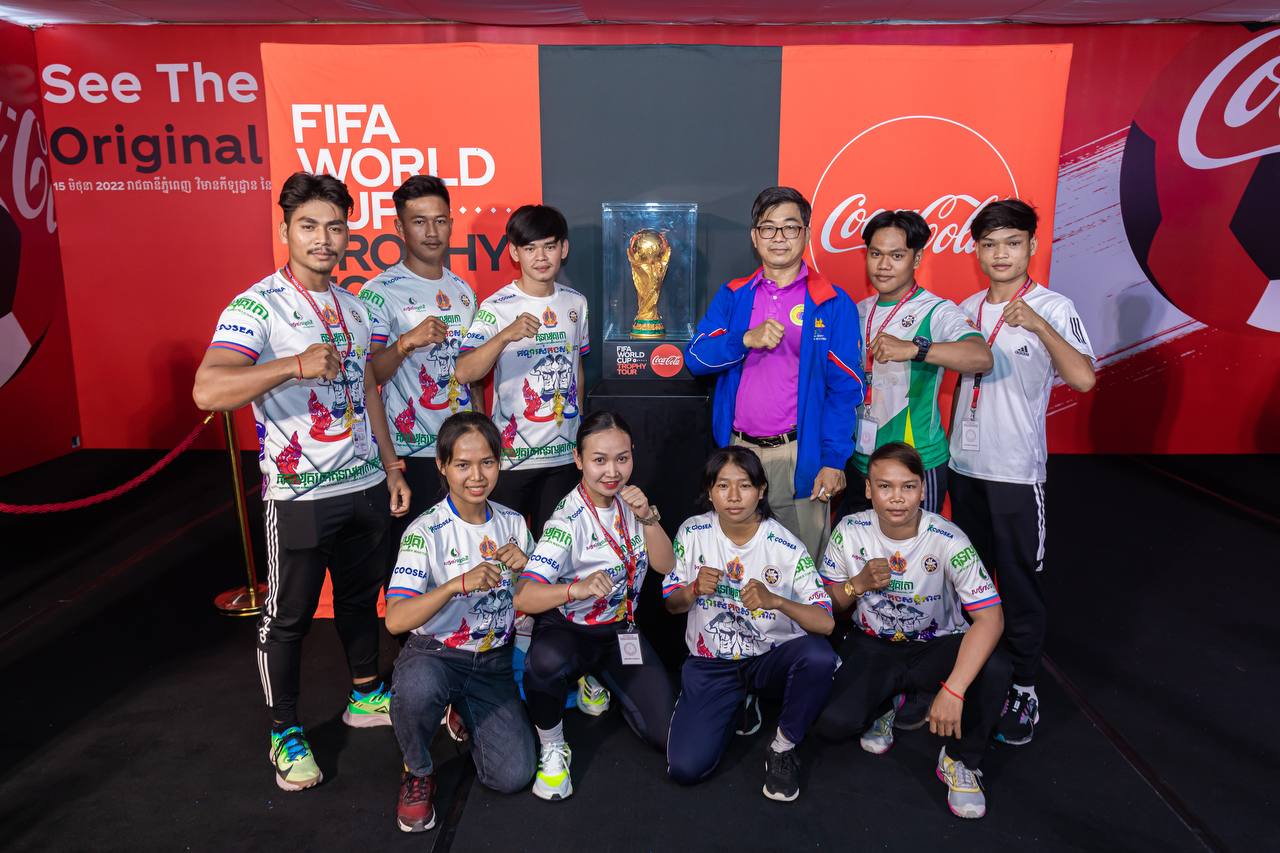 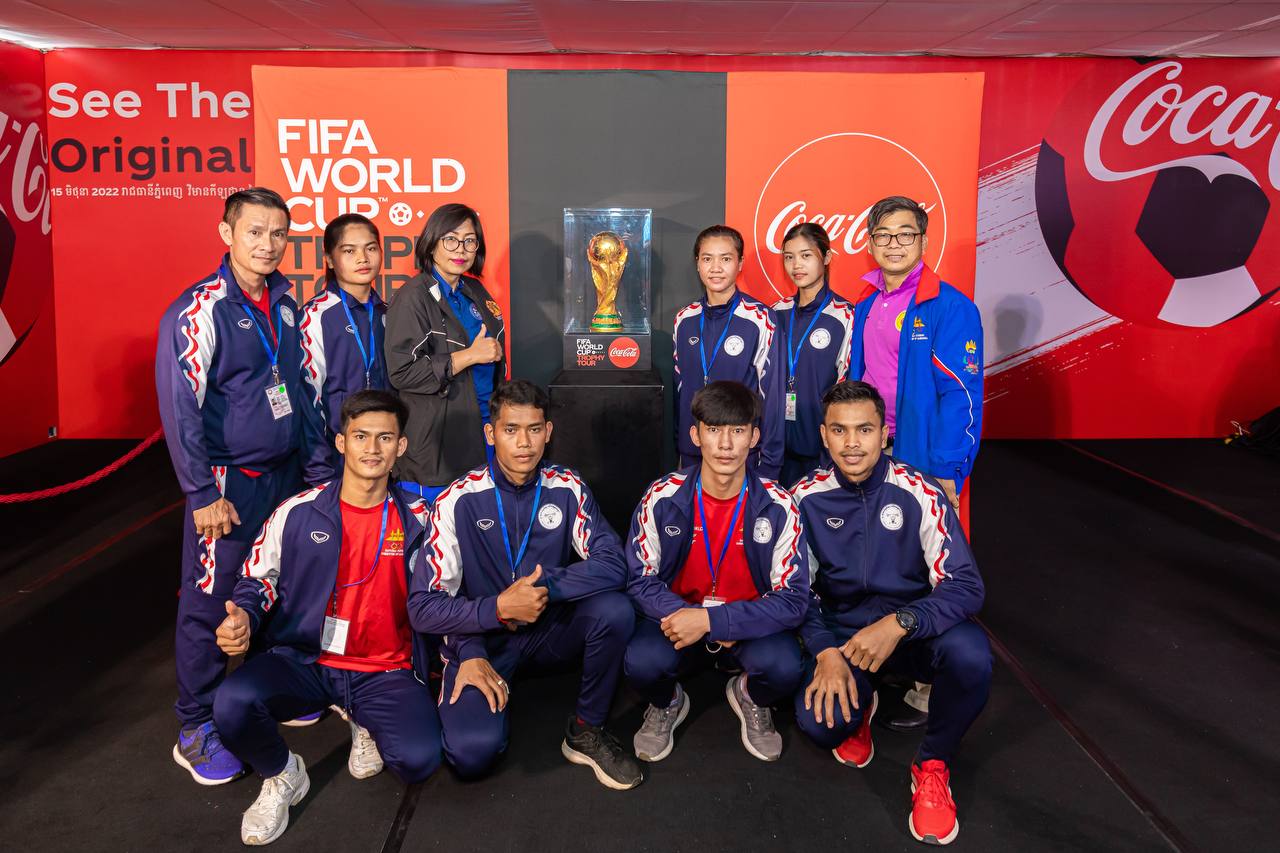 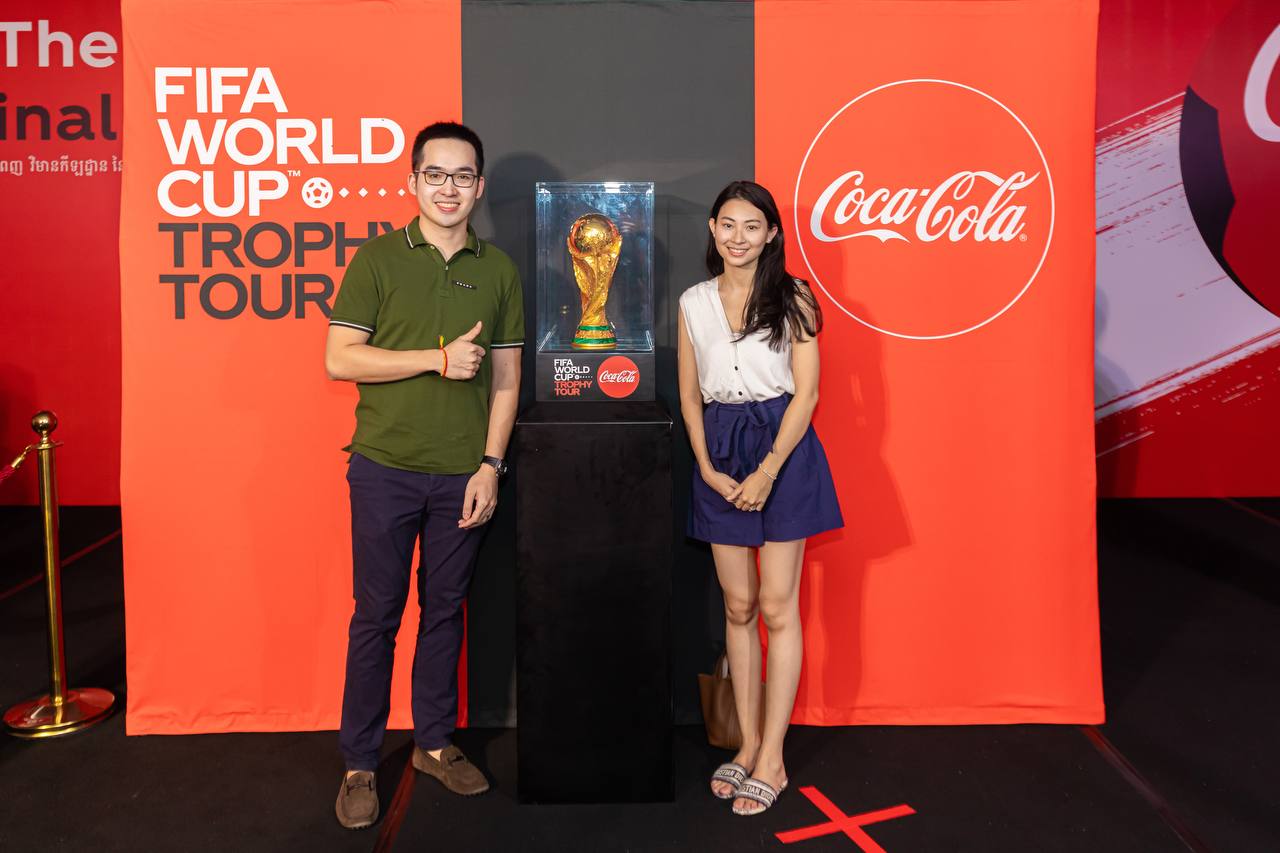 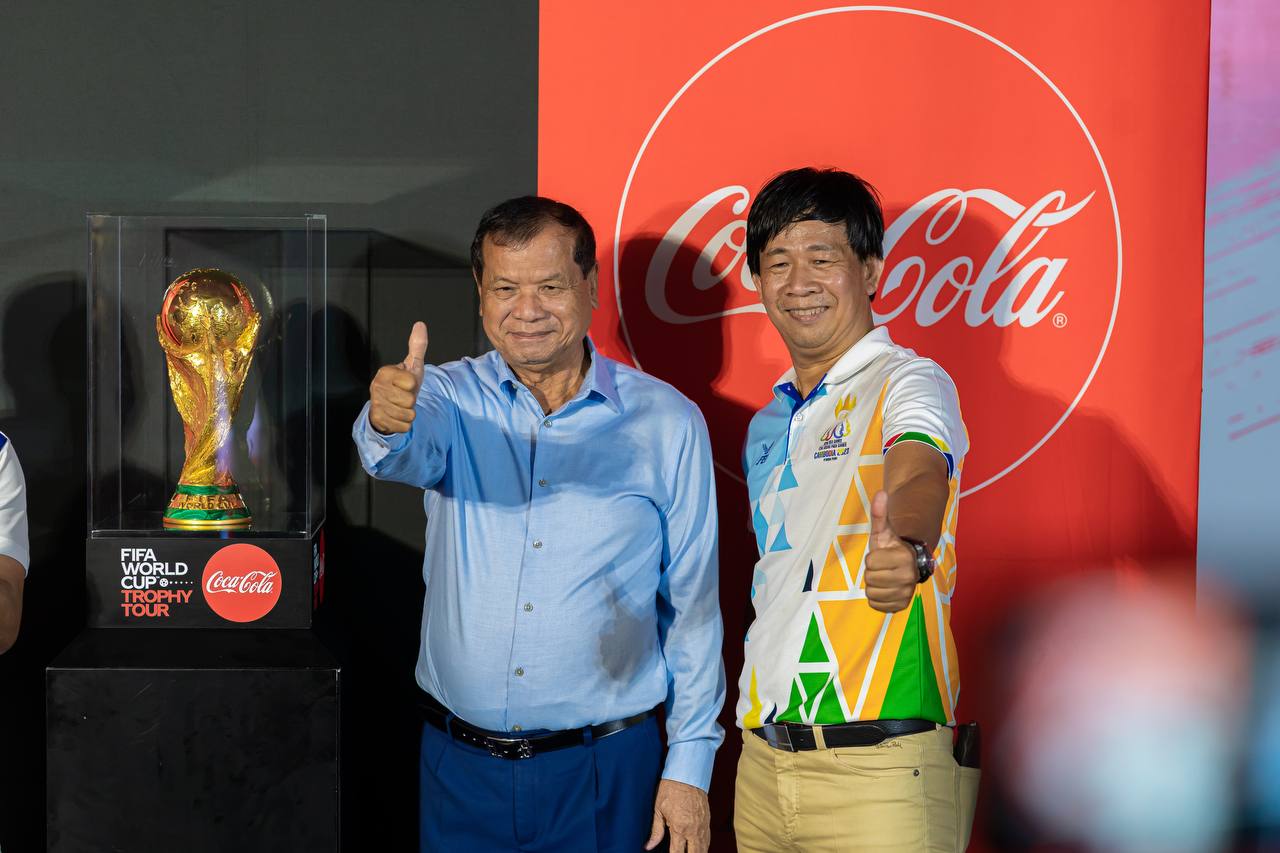 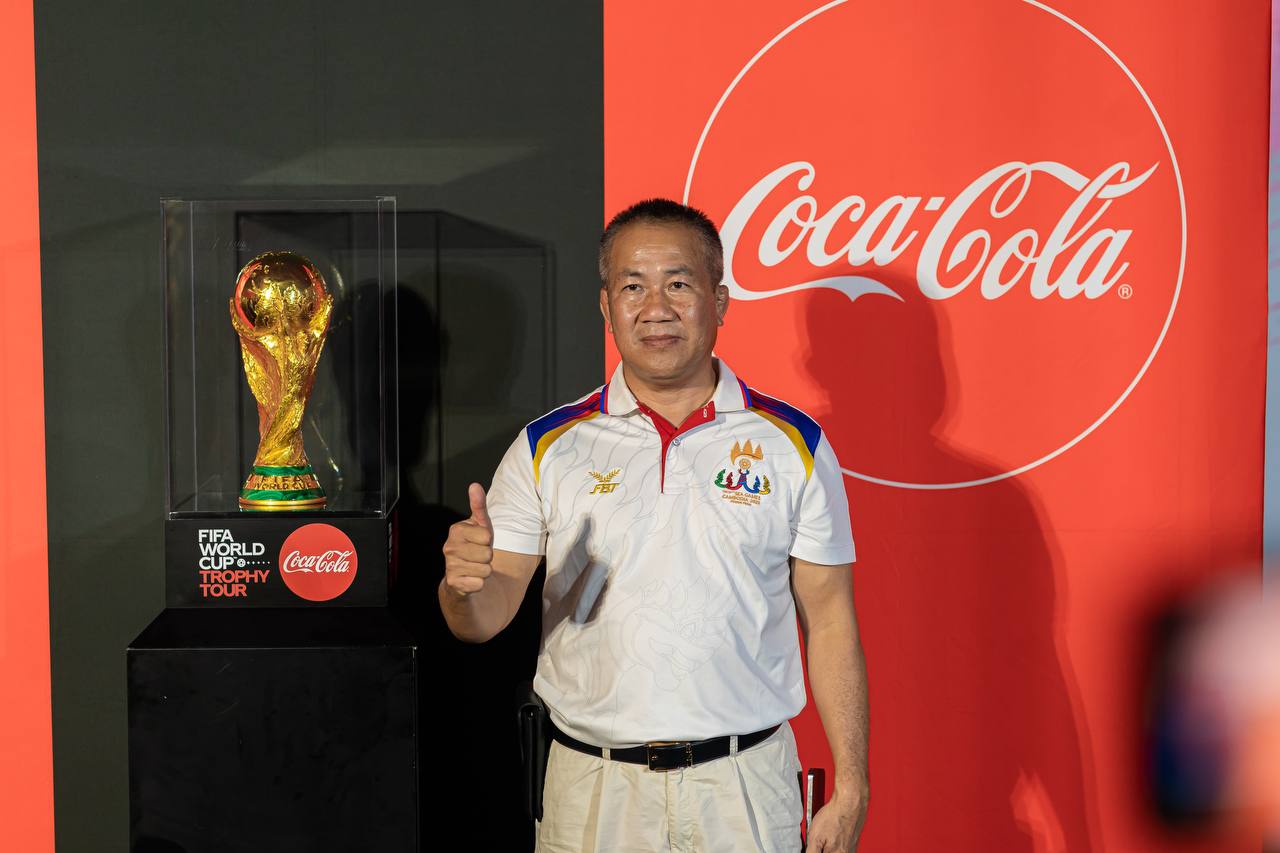 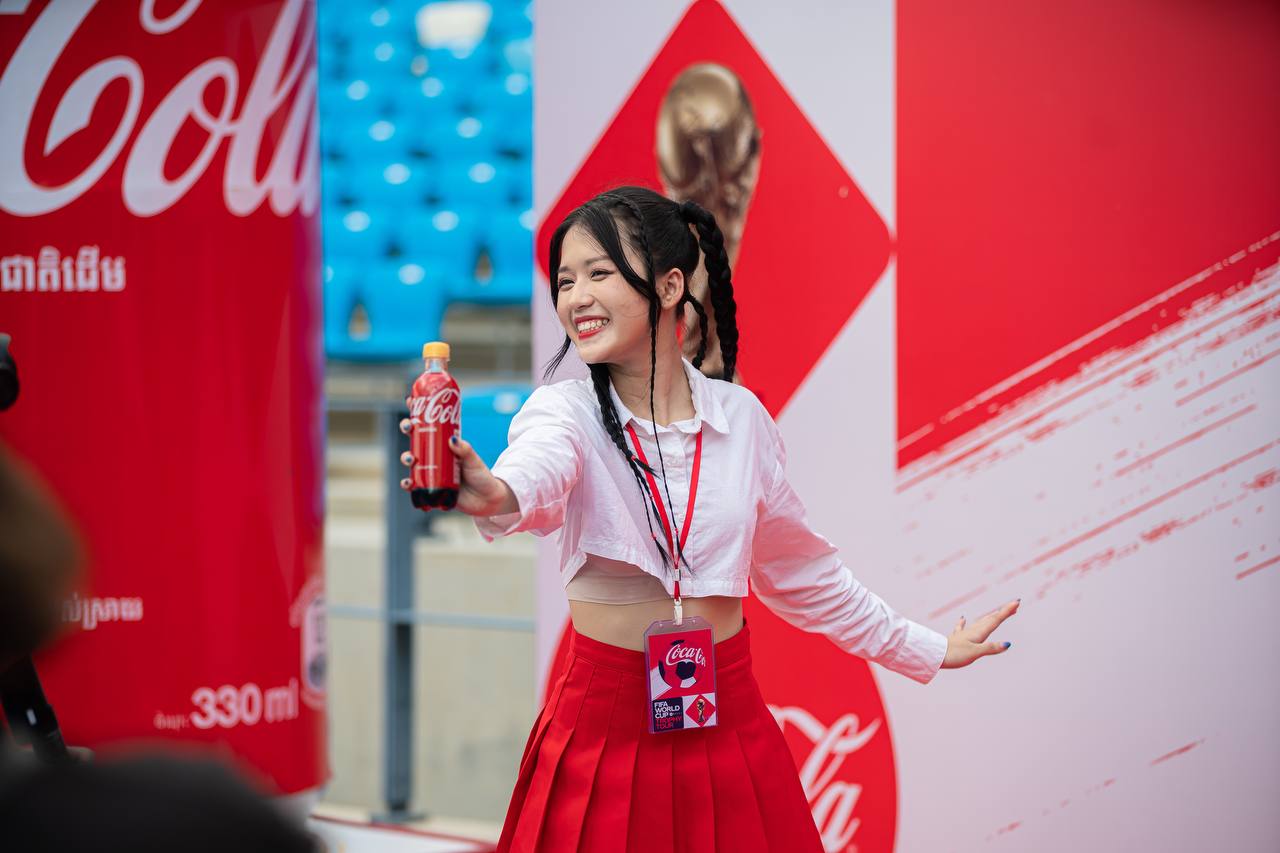 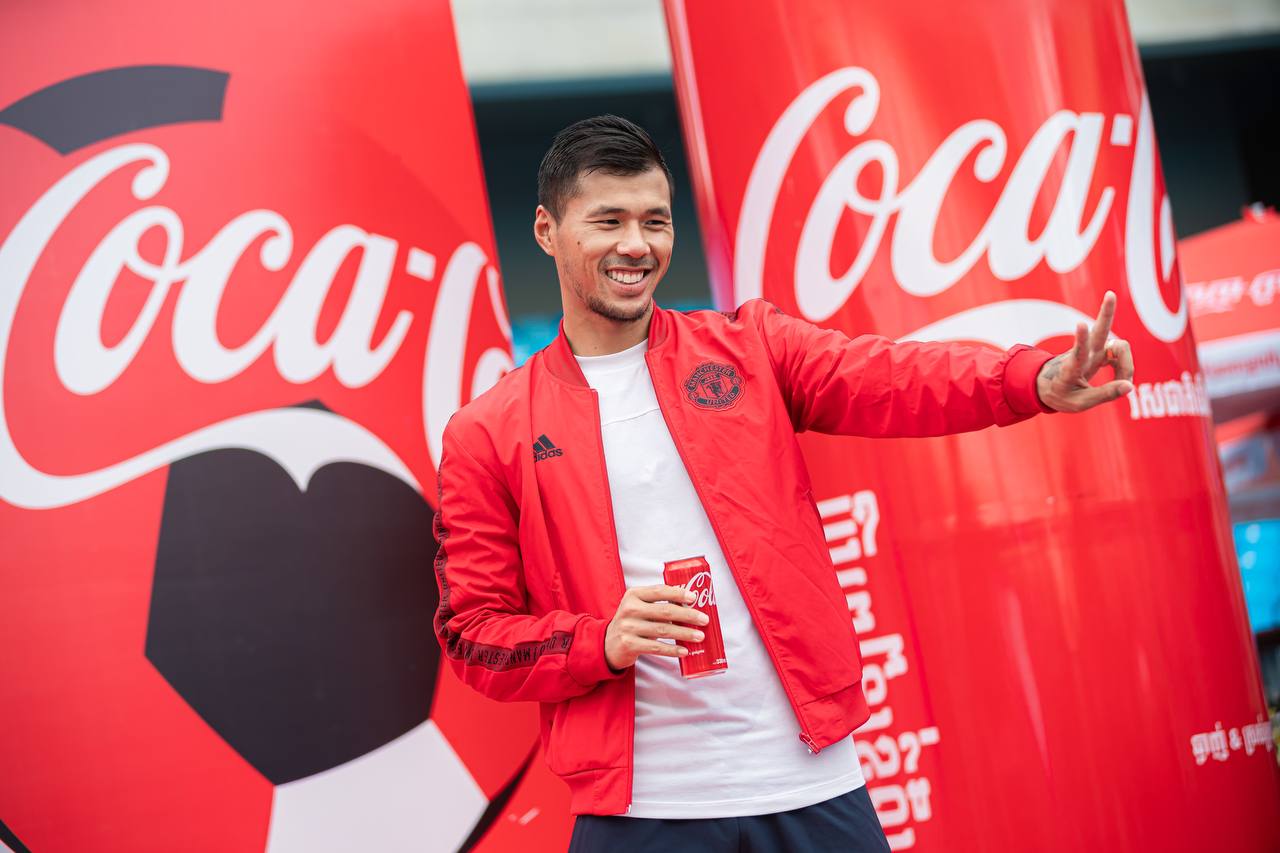 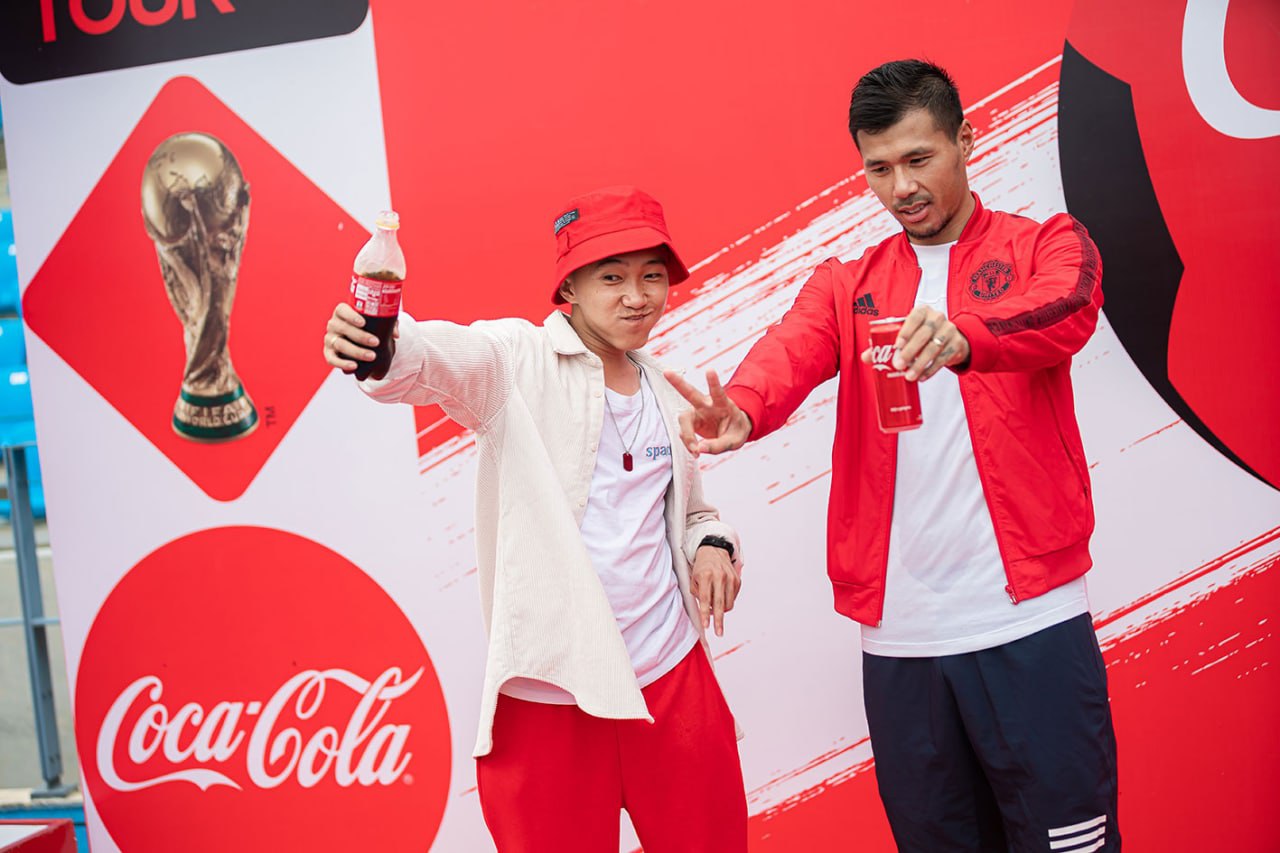 Keep up to date with the Beijing Olympic tally