INTERNATIONAL: The 25th St. Petersburg International Economic Forum (SPIEF) opened on Wednesday in Russia's second-largest city. Under the theme of New Opportunities in a New World, this year's forum is attended by representatives of more than 90 countries and regions, according to the forum's organizer.

Russia for years hosted world leaders and business titans at its annual economic forum in St Petersburg, but the "Russian Davos" will see little of the global financial elite this year with Moscow isolated by sanctions over its actions in Ukraine.

The participants who will turn up will discuss issues regarding the global and Russian economies, digitalization and information security.

Since 1997, the forum has become a leading global platform for the business community to discuss critical economic issues facing Russia, emerging markets and the world.

To make up for the lack of major Western attendees, Russia is giving pride of place to smaller players. One of the newsmakers of the first day of the forum was Mohammad Younus Momand, vice-chairman of Afghanistan chamber of commerce and investment.

Momand refused to talk about Russian recognition of Taliban ruled county. But spoke about the deals he was hoping to sign in St Petersburg. “What Afghanistan needs nowadays is wheat, flour, gas and oil. So we would like to extend this relationship and make it as strong as possible," he said on the sidelines of the forum.

Trade between Russia and Iran has risen over the past months, as both countries contend with tough Western sanctions.

Moscow said boosting business ties with Tehran, in the wake of the Ukraine crisis, will benefit both countries' economies.

Meanwhile, Iran has been mulling a switch from settling international transactions in U.S. dollar to using other currencies for foreign trade, in order to circumvent sanctions that have restricted access to dollars.

With Russia's economy facing pressure from Western sanctions over the crisis in Ukraine, Moscow is looking for new trading partners and is counting on trade with countries that have not imposed sanctions on Moscow. 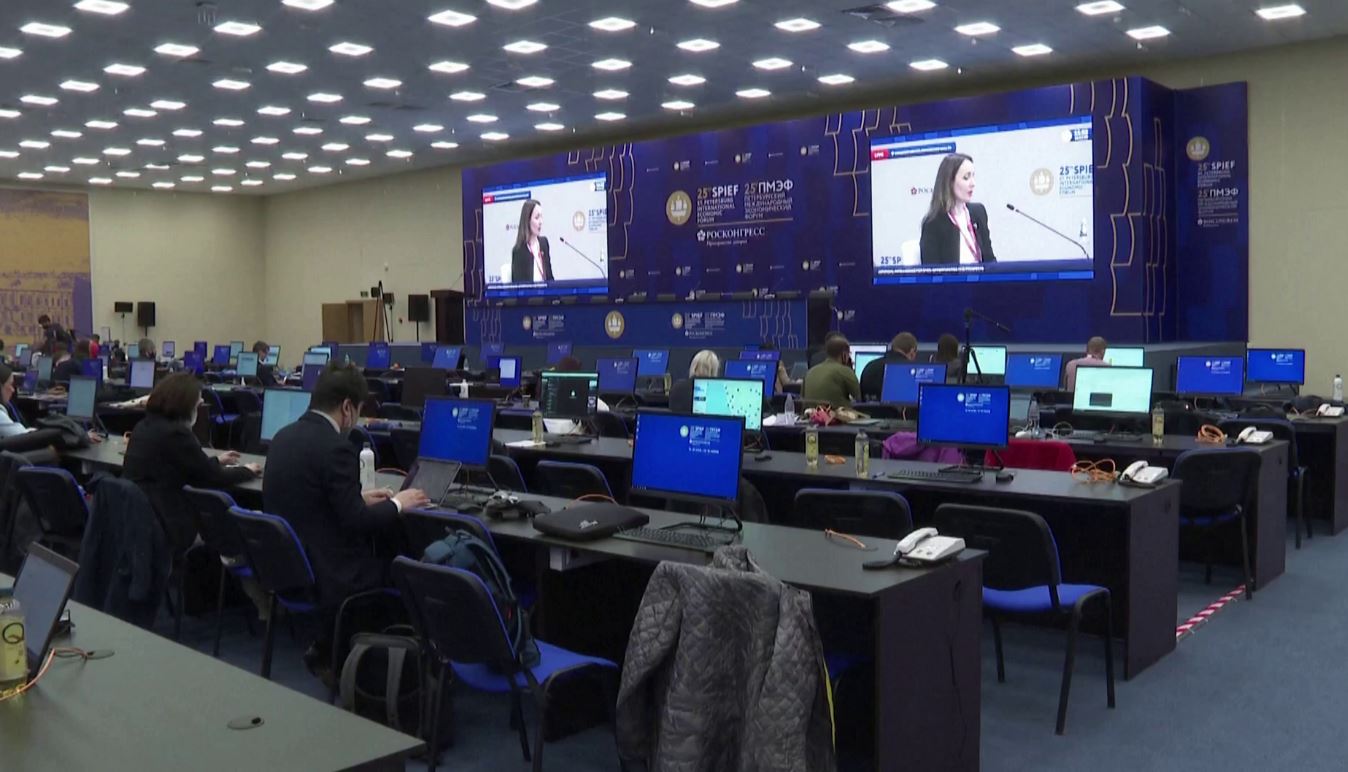 Chinese Army Not Hesitate To Go To War If One Dares To Secede Taiwan: Defense Minister