17 Saved After Dramatic Rescued In The Mediterranean Sea

INTERNATIONAL: Seventeen migrants were dramatically rescued in the Mediterranean Sea on Wednesday June 15 by the 'Aita Mari' vessel from Spanish NGO 'Humanitarian Maritime Rescue', after they jumped from a migrant boat to avoid being captured by Libyan coast guard vessel.

Rescue boats rushed to save migrants from drowning, staff members throwing life vests and assisting them after embarking.

Head of Rescue Mission for Ngo Vessel ‘Aita Mari’, Izaskun Arriaran, Said: "Never, never (have seen anything like this). We have talked about it and heard about it lots of times, about how people fleeing from Libya prefer to drown rather than go back to Libya, but we have never seen it like this, and it is very tough. I think we have done a good job but the picture is there, and it has been brutal."

Eighty-six migrants who remained on the rubber dinghy were seized by the Libyan coast guard, the NGO said.

The rescue took place in international waters and the 'Aita Mari' vessel is heading towards Lampedusa to seek medical assistance for a 15-year-old injured migrant, a spokesperson for the NGO told a reporter. 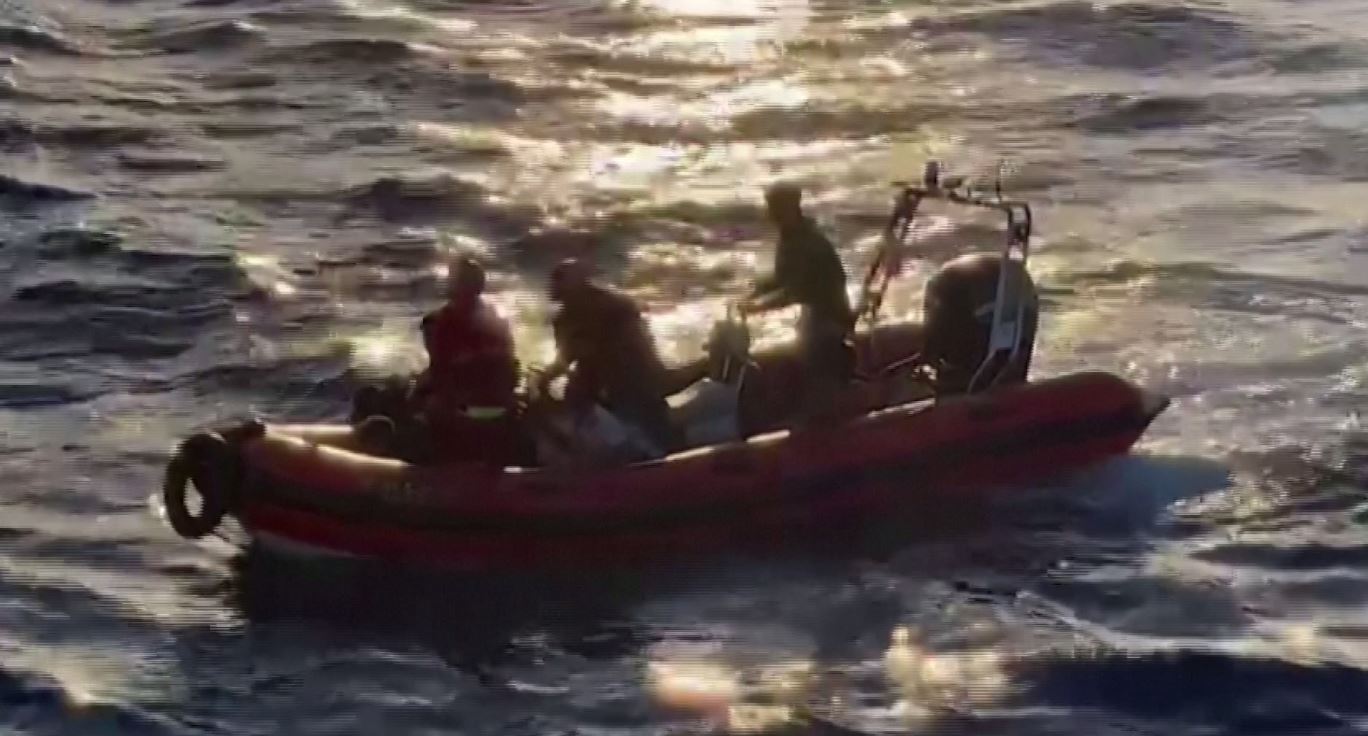 PHOTO: MEMBERS OF SPANISH NGO 'AITA MARI' RESCUING 17 MIGRANTS FROM SEA AFTER THEY JUMPED FROM MIGRANT BOAT TO AVOID BEEN CAPTURED BY LIBYAN COAST GUARD VESSEL, COMMENTS FROM NGO STAFF ABOUT RESCUE

Pope Tells Parents, “Do not Condemn Your Gay Children”