Phnom Penh: Deputy Commander of the Royal Cambodian Armed Forces, Commander of the Army, Lt. Gen. Hun Manet and Director of Asian and Ocean Affairs Department of European Affairs and Foreign Affairs Republic of France, Bertrand Lortholary, met and discussed with each other and expressed satisfaction in the military relations between the two countries that have been established for many years.

The meeting, held at the Royal Cambodian Armed Forces (RCAF) Army Headquarters, Commander of the Cambodian Armed Forces, Lt. Gen. Hun Manet, highlighted the historic ties between the two countries, maintaining good cooperation in all fields and thanked France and the French people who have always supported Cambodia both in the peace process and in the process of national development. In the Covid-19 crisis, France also helped Cambodia in the fight against the spread of this deadly disease by providing financial support to the Institut Pasteur du Cambodge, a major research institution in the fight against Covid-19.

At the same time, in the field of defence, the French army also played an important role in the training and capacity building of Cambodian soldiers at the Thmat Pong Military Academy and the National Center for Peacekeeping Forces, Mines and Explosive Remnants of War Clearance (NPMEC).

In response, Bertrand Lortholary spoke of his feelings and close ties with Cambodia, as he had been a French peacekeeper in Cambodia for the past 30 years during the UNTAC era and this could also be a testament to the close cooperation between France and Cambodia in the areas of security and defense. To this day, this good cooperation continues to be implemented regularly through the training of human resources and support to strengthen the capacity of the Cambodian Army for peacekeeping work within the framework of the United Nations.

Discussions also focused on the current evolving situation of several global and regional issues, noting the importance of building mutual trust and the willingness to strengthen bilateral and multilateral cooperation to resolve emerging issues and maintain peace, stability and prosperity in the region. 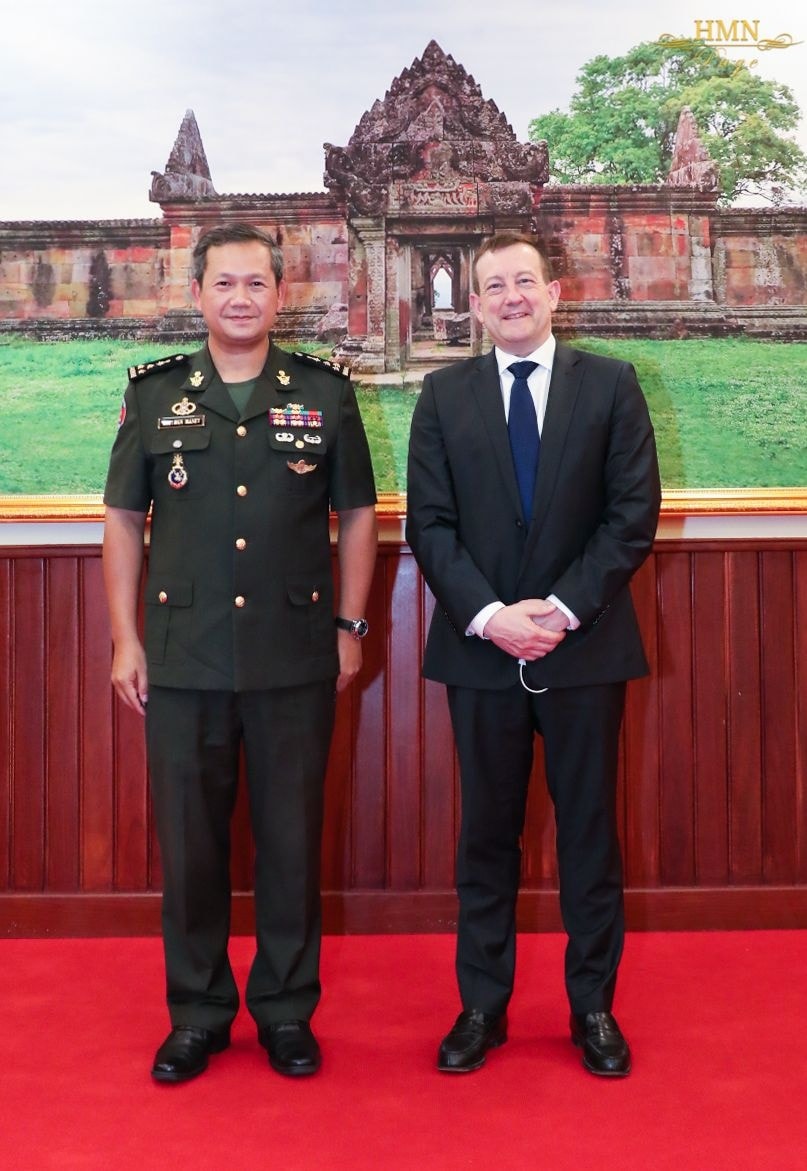 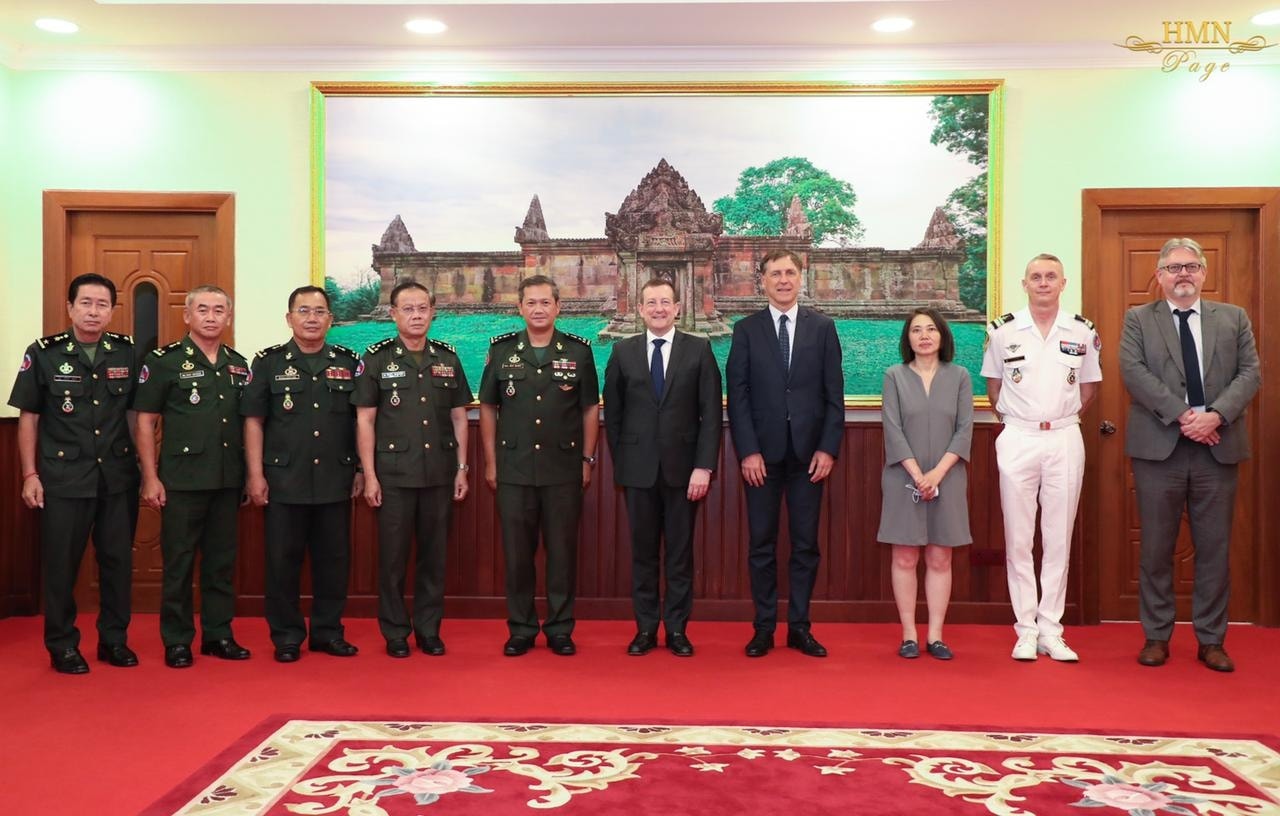 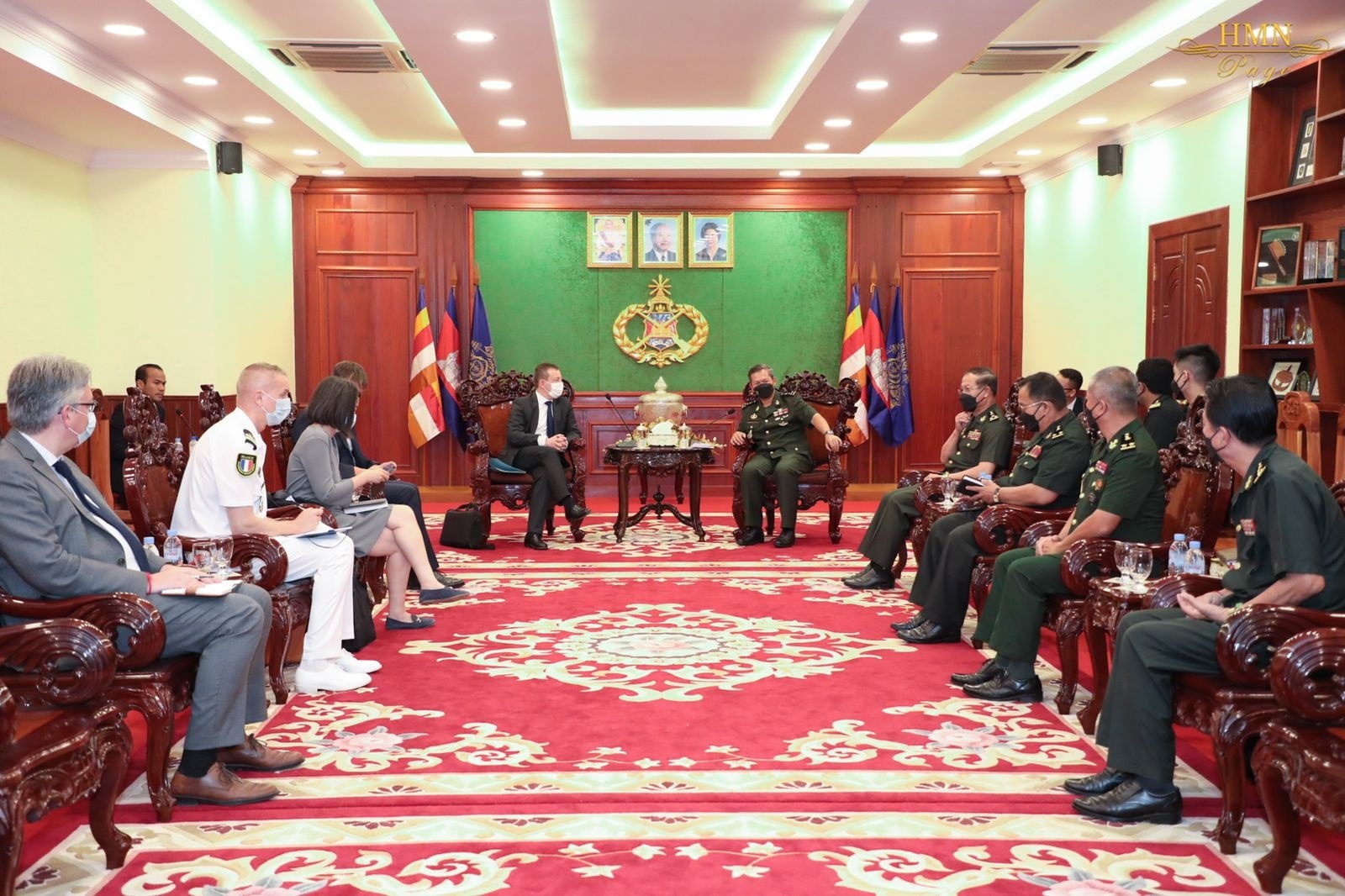 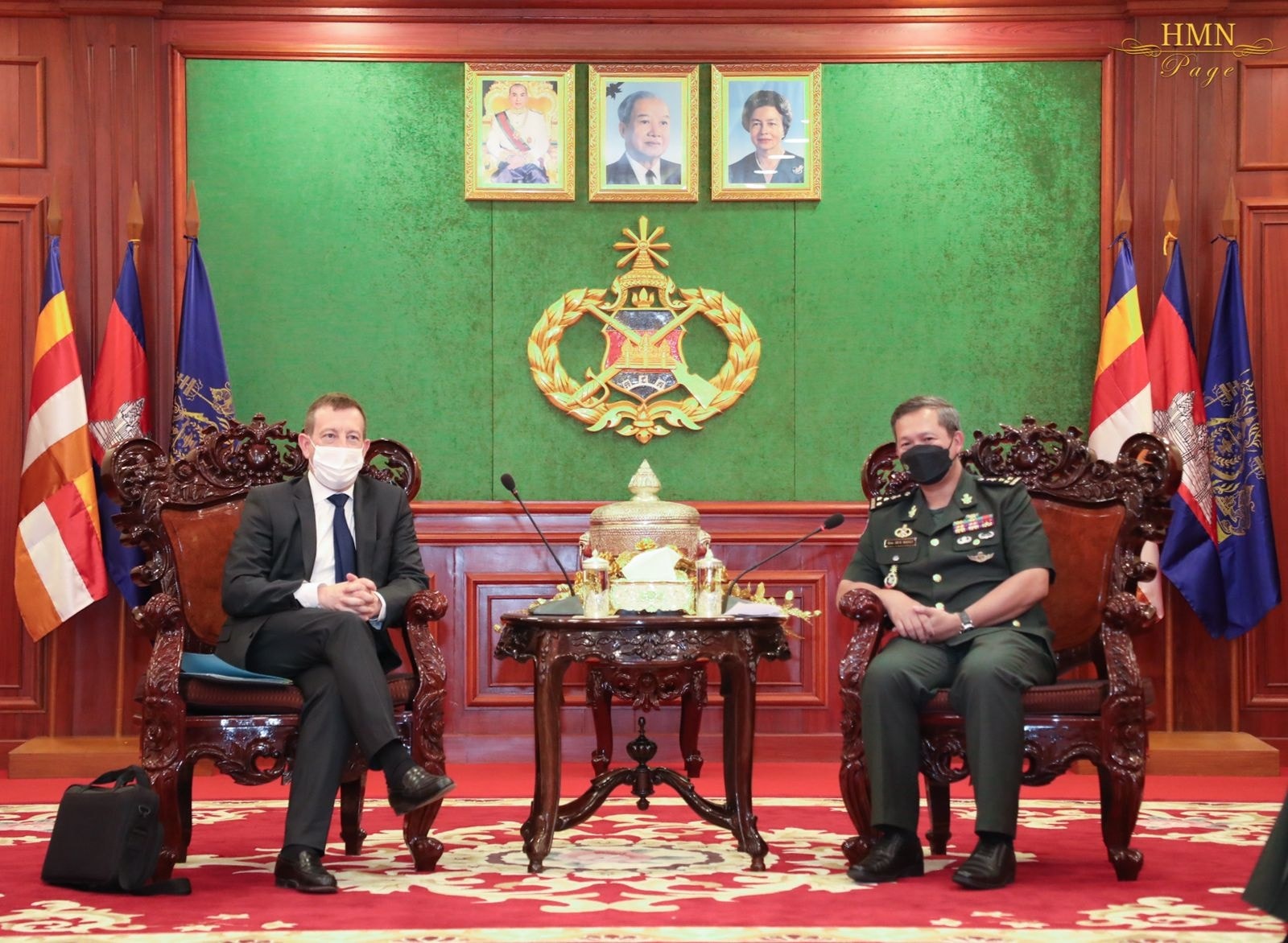