Good Boys and Girls Showed Up for PetExpaw

Siem Reap: There was an overload of cuteness on King’s Road Angkor in Siem Reap Province last weekend, as pet owners were eager to show off their good boys and good girls at the first pet expo in Cambodia. Held in partnership with Fours Paws and Royal Canin, pets and pet owners competed in categories like 'cutest' and 'most look-alike' to their owners.

This unique three-day event is the first of its kind in Siem Reap to showcase local pet businesses, a workshop on the dog meat trade, pet management, and a pet showcase. Pets and pet owners competed in the “Cute and Cuddly” category where they also showed how well they could listen to commands. The other category was ‘Owner-look-alike,’ where owners and dogs are encouraged to dress in the same theme.

The organization, Four Paws, entered four dogs into the competition that were rescued from a truck delivering 61 dogs to a slaughterhouse. Four Paws has managed to find forever homes for 30 dogs so far. They hope to find more homes for the remaining dogs.

Sary, the Adoption Center Manager at Four Paws, said that adopting rescue dogs not only saves the dogs but is also beneficial to the owners.

He said, “[The benefits of] adoption, one important point is that they are neutered so that they cannot have children. When they’re pregnant or chase after each other in heat, it can put them at risk and this way will also reduce diseases. Their health is being taken care of very well. They have received medication for fleas, ticks, and other parasites. They are in good health and so the people who adopt will receive a lot of benefits. Moreover, there's a microchip. We embed the chip under the skin with their ID number. So that if they get lost, we can find them. When people find the dogs and take them to scan, then there’s proof that they are our dogs. So there’s a lot of benefits. We prepared the whole package.”

Jesse A. Atienza, Pet Expaw Event Curator and Director of Green G8, has lived in Cambodia for 15 years working in various jobs in the hospitality industry. He has learned a lot from this experience and is excited for season 2, which will be hosted in Phnom Penh and will include other pets in addition to canines. He hopes to accomplish their mission through this festival.

He said, “Our mission is to deliver the four messages which are to promote banning of dog meat trade, educate the youth [on how to take care of pets properly], help to promote businesses and organizations related to pets, and last but not least, to help local tourism of Siem Reap.”

One of the businesses that joined the Pet Expaw is ‘Soun Sangkheum’ which has a big park, boarding house, and feature various activities for pets to engage in. They donate 50% of their proceeds to licensed NGO partners in the local community. Malou, who is a mother to six new puppies and the House Manager of Soun Sangkheum, said she was excited to be a judge in the competition. She joined this Pet Expaw because she is an animal lover and wanted to contribute to ending the dog meat trade in Cambodia, as she has experienced how it feels to lose a beloved pet back in Malaysia.

She said, “The dog is really a friend and also is like a partner for your life if you have a dog. And they are honest to the owner, if you take care of the dog and train them. And then you can feel it is like a human, a person.”

Rattana Hin, a dog whisperer and Canine Trainer at the Ministry of Interior, said he first turned down the opportunity to judge in the competition, however, he ultimately could not turn the invitation down because of his great love for dogs and desire to participate in educating responsible pet ownership.

He said, “This is what we are trying to relay a message out to the mass public in Cambodia about dog ownership responsibility. What it means to be a dog owner, what it means to love this animal, but not just to have the animal but to let it run around freely where it can get hit by motorbikes or cars or it could bite someone and you have to take responsibility overall.”

He added that it is important to train pets as well as love them. One common practice that he would like to see come to an end is the practice of putting dogs in strollers or big purses. He said this stops animals from getting their much needed exercise and treats them as trophies rather than pets, which makes them codependent instead of independent. One other thing that he would like to see is for pet owners to be more careful and aware about making their pets wear clothes, as they must be careful of the heat.

Audrey, the owner of Tokyo, won the categories of ‘Cute and Cuddly’ and ‘Best Online Pair’ in the competition. She said she started training Tokyo at around two months old. Audrey joined the competition with her friends and wanted to show her pet’s skills. She was really happy and proud of Tokyo for winning and said she will join again with her two other dogs.

She said, “It is well organized and I joined some other events also to raise awareness about the dog meat trade and very nice place and very good atmosphere.”

Becca and Srey Doggie Dog won the Owner-look-alike category. Srey is a rescue who has beat cancer a few times. Srey’s owner, Becca, said that it is so important to have this pet expo to show off the doggies.

She said, “It’s a really good opportunity for people in Cambodia to show off their family because you know, sometimes dogs are employees like we saw on Friday with all the mines detecting dogs and sometimes they’re family and so it’s a really good time to celebrate dogs across Cambodia.”

Lyly brought her family and small child to the Pet Expaw because they all love animals. Her son can be seen running around trying to play with all the dogs. Moreover, she feels strongly that the dog meat trade needs to stop.

The first pet expo in Siem Reap is a success, and there are so many fluffy babies around here. We look forward to the next one. 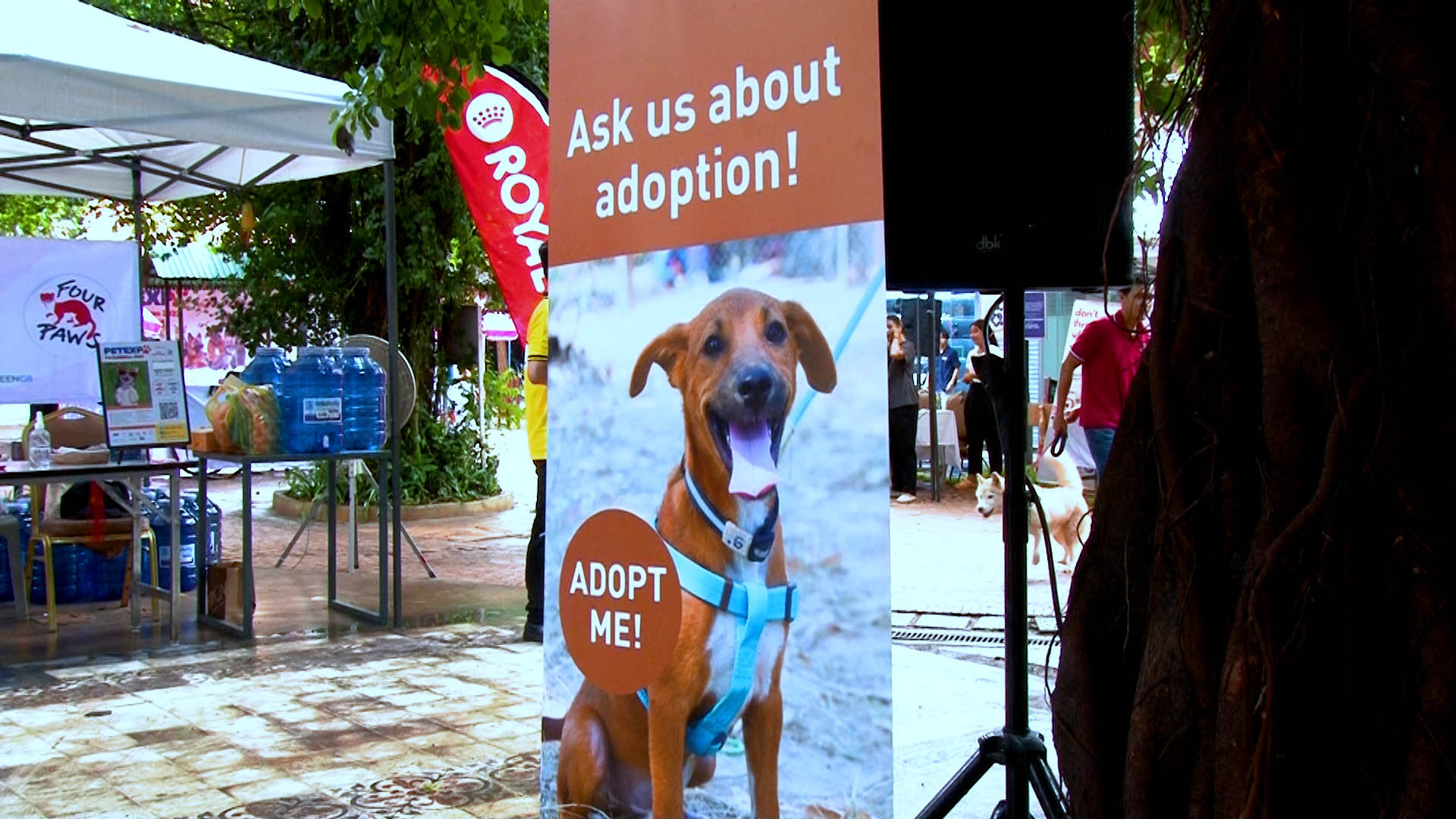 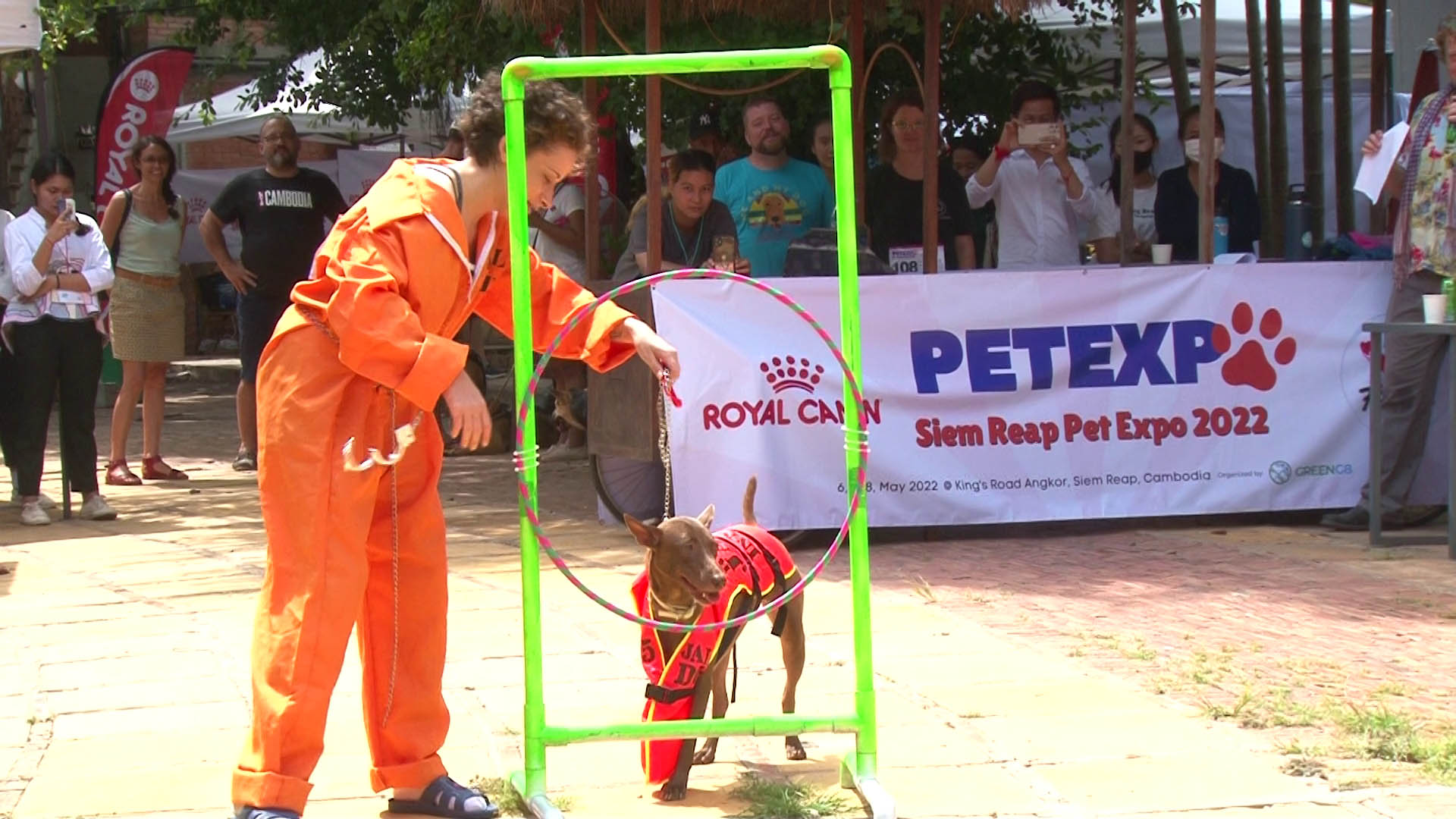 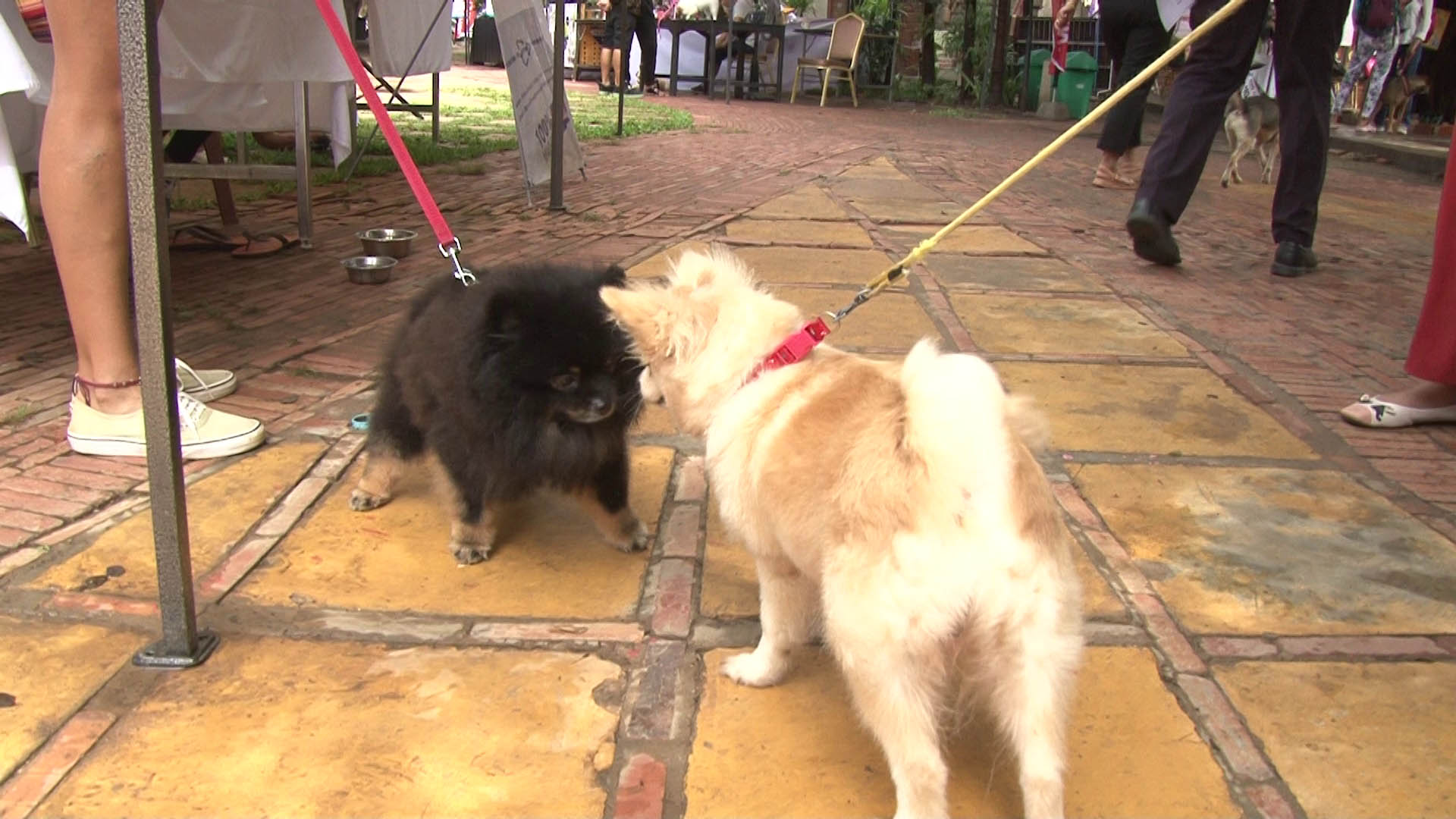 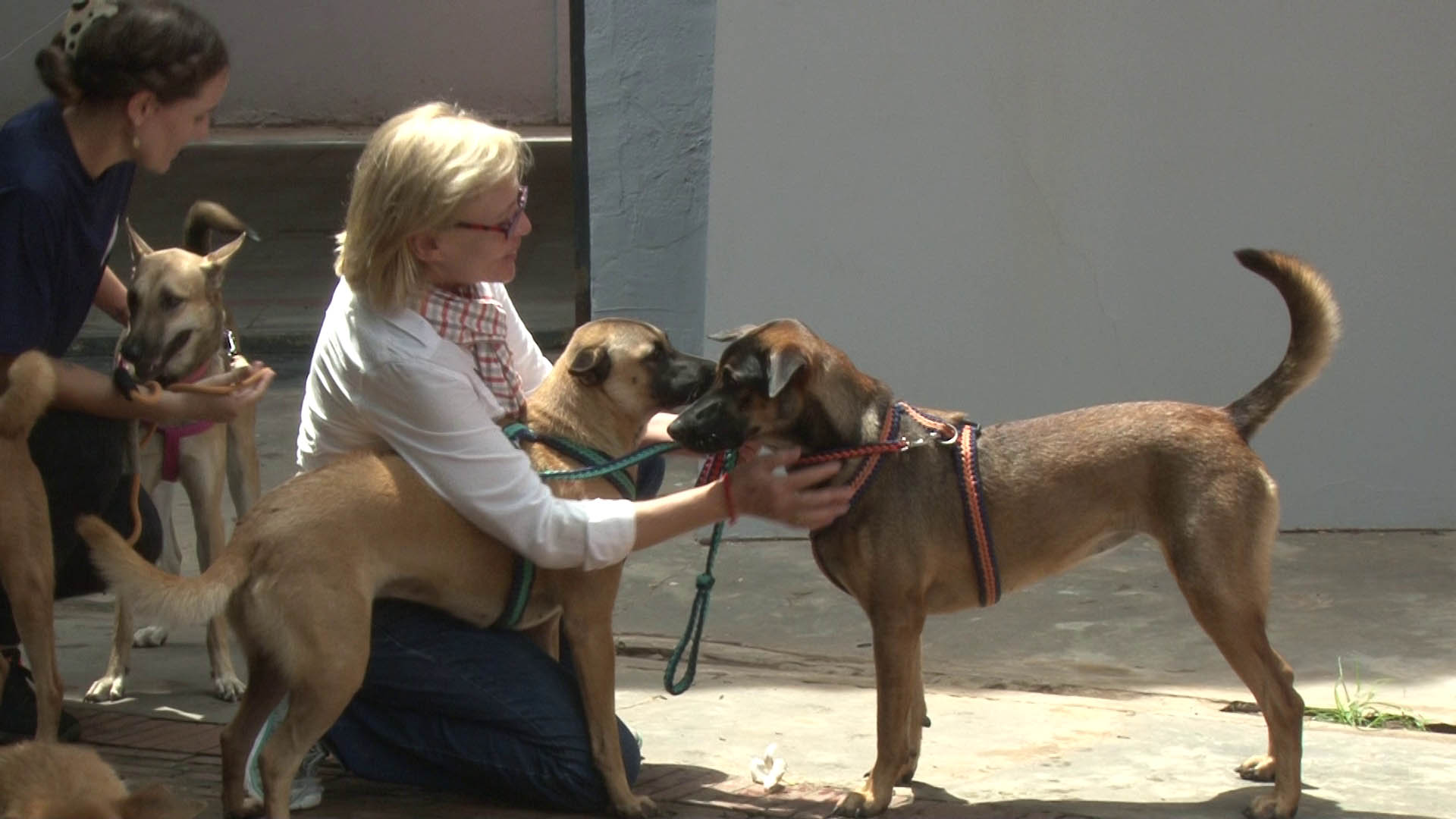 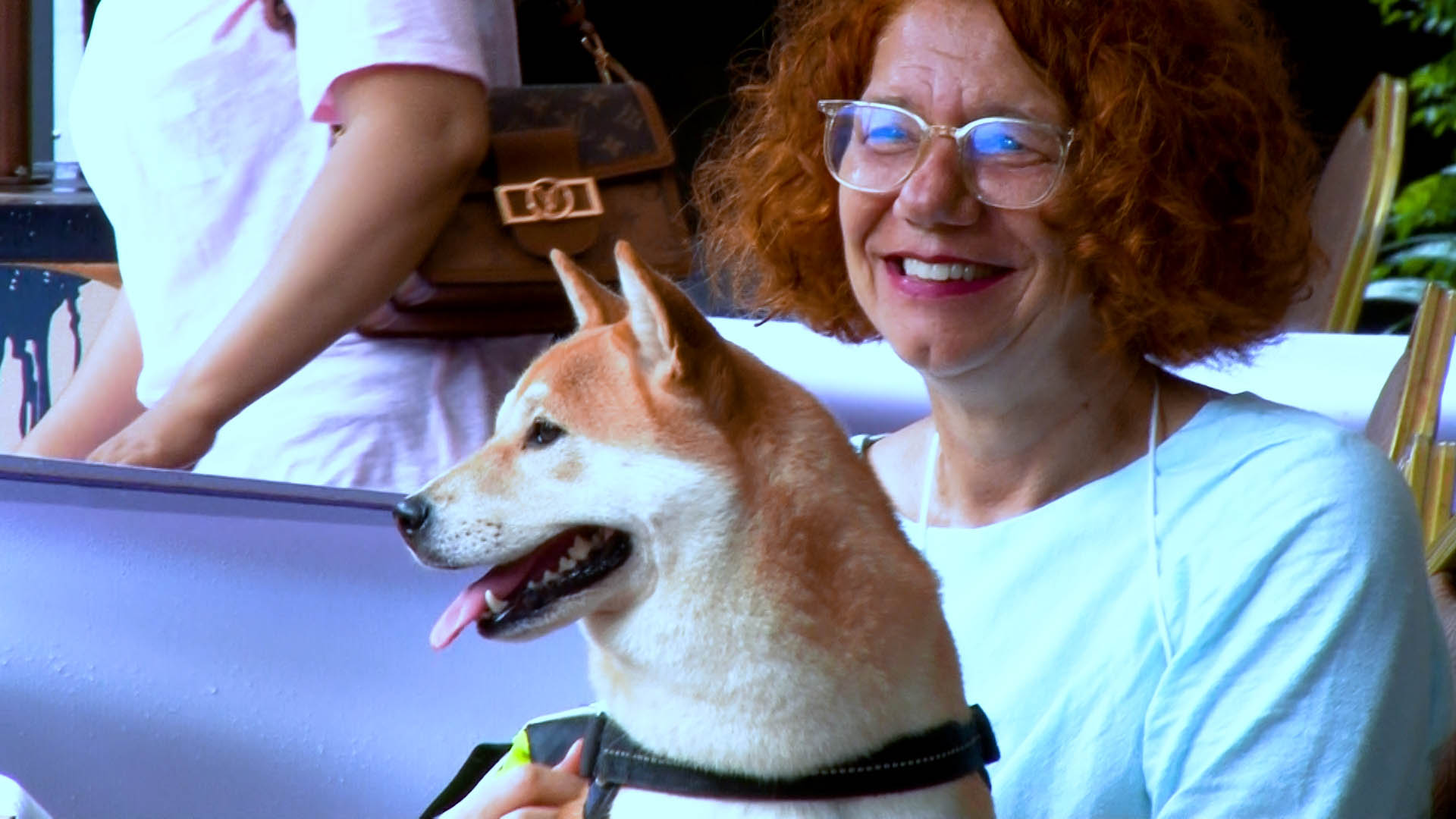 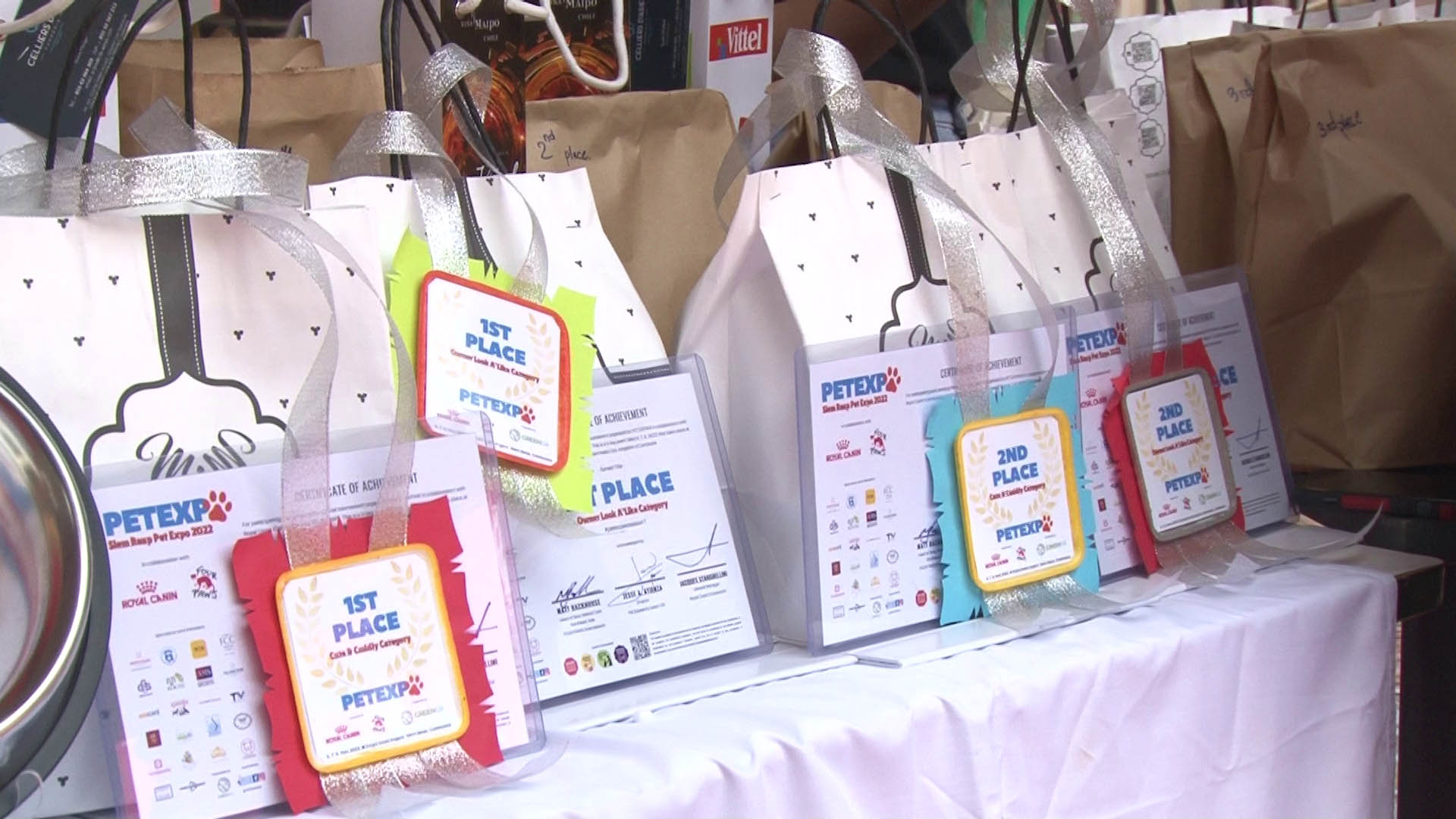 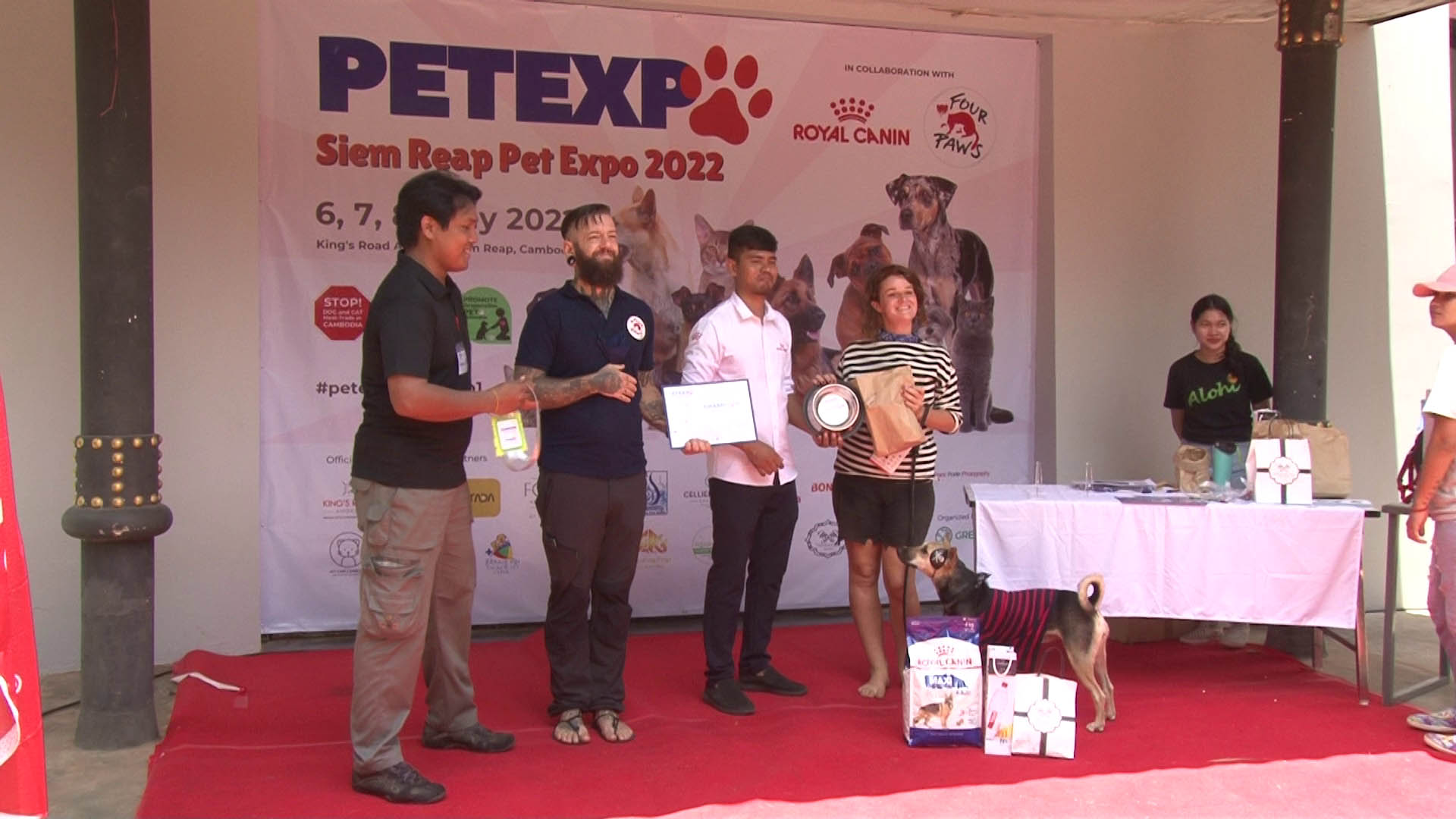 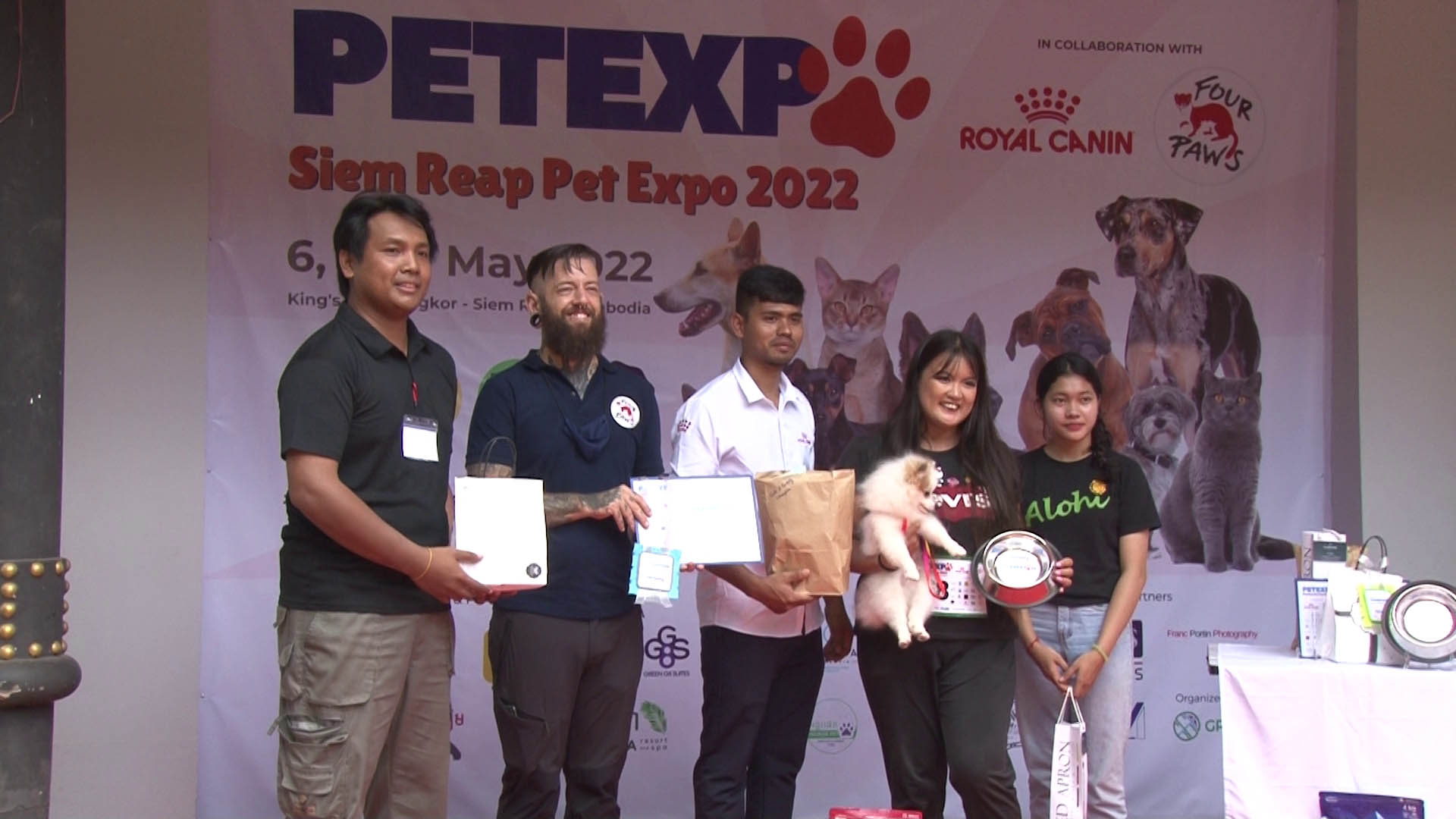