SIEM REAP: Four Paws and Royal Canin presented the first Pet Expaw in Siem Reap province, where a workshop on Dog Meat Trade Awareness kicked off the weekend festivities. The workshop touched on the achievements that Four Paws, Royal Canin, and local partners have made in their campaign against the dog meat trade in Siem Reap. This includes shutting down businesses engaging in the trade, rescuing animals, and also providing tips on how to properly care for the rescues.

Four Paws is a global animal welfare organization whose vision is to create a world where humans treat animals with respect, empathy, and understanding. One of their campaigns is to “Stop the Dog and Cat Meat Trade.” The organization has been working in Cambodia since 2018 with local charitable partners.

After a year-long investigation, the Siem Reap Provincial Department of Agriculture, Forestry and Fisheries published a letter on 6 July 2020, banning the slaughter and trade of dogs for meat in the province. Four Paws advocated for the ban on dog meat due to the extreme animal cruelty and public health risk involved, largely due to rabies and the spread of zoonotic diseases.

They found over 100 restaurants and 20 slaughterhouses where up to 100 dogs could be killed per day due to the high demand.

Various key stakeholders and government officials from the Ministry of Tourism and Ministry of Agriculture attended the workshop where Matt Backhouse, the Head of Stray Animal Care Southeast Asia, presented the findings from the investigation conducted by Four Paws.

He said, “We had a government workshop where we had different stakeholders from Siem Reap, Phnom Penh, different ministries like the Ministry of Tourism and the Ministry of Agriculture who all came to have a conversation and a workshop about what this [workshop and Pet Expaw] could be for the rest of Cambodia about ending the dog meat trade across the country. So we’re really hopeful and really happy to have a Pet Expo in Siem Reap and show that people in Siem Reap really care about dogs and cats.”

He added that this workshop is a great refresher of the campaign that they have been working on for the past few years. Ending the dog meat trade not only helps reduce health risks but also provides a positive image of Siem Reap to tourists, as a province that does not engage in the dog meat trade.

The Deputy Director General of Tourism Development & International Cooperation, Bou Chan Serey, has worked in the ministry for 27 years and never attended a workshop like this one. He said his family owns a dog and loves the pet very much. He agrees and encourages people to love dogs and stop the dog meat trade. He added that it’s difficult to sustain a business shift since the dog meat trade is so lucrative, so it is likely that more monetary support will need to be provided in order to sustain the career change.

He added that Siem Reap has already implemented a sweep against the dog meat trade and has a law that punishes those engaging in the trade with five years’ imprisonment and a fine of $12,000. Other popular destinations like Phnom Penh and Sihanoukville do not have such a law yet.

Four Paws also works with Animal Rescue Cambodia (ARC) to help save the animals living in pagodas by feeding, caring for, treating, and educating monks and their students on how to care for these animals. Pagodas are unfortunately target locations for thieves to lure and capture dogs and cats for trade.

Tina Mayr, the Founder and Director of Animal Rescue Cambodia in Phnom Penh, said that it is important for ARC to show support to this Pet Expaw in Siem Reap because the campaign to end the dog meat trade is very close to their hearts, and is also closely related to ARC’s campaign to end rabies in Cambodia.

She said, “We would like to see Cambodia free by 2030 that is also a government’s goal. But in order to reach that goal, we also need to implement a dog meat ban… According to the study of Pastor Institute in Battambang province, only one third of dogs survive until two years of age. So a lot of dogs obviously died before they turn two years old or a lot of dogs also ended up in the meat trade. If we want to be rabies free, we need to vaccinate a large amount of the dogs; however, if a lot of these dogs end up dying just one or two years later, we will never receive herd immunity and therefore we will never become a rabies free country.”

Royal Canin stressed that it was important for them to join this conference at the Siem Reap Pet Expaw because they wanted to show the kinds of products needed to help pets live long lives with the right nutrition. Royal Canin’s experts have crafted their products to help support animals because they strongly believe that pets are not toys. Pagna, the Sales Manager of Royal Canin Cambodia said that they brought different products to show to people at the expo since all pets have different needs. Some might need food to help them lose weight, or products that are hypoallergenic, or good for their intestines. Royal Canin emphasizes how important it is for people to learn and know what responsibilities they must take on as pet owners.

Prak Somathy, CMAC Secretariat Chief who oversees the dog training program, brought his team to join the workshop. He said that it is important to join this workshop to end the dog meat trade because dogs are a part of the CMAC family. His team has trained dogs to sniff out mines, drugs, and now Covid-19. The team showed how their dogs sniff until they reach their targets, and then sit down when they find what they were looking for. While training, the dogs are usually awarded with playtime with their favorite Kong ball.

The CMAC Secretariat Chief added that dogs have saved many lives by helping to clear over 6700 km of land, which amounts to about 6000 mines, ammunition clusters, and more. He said he could not fathom eating them since they have saved so many lives, and further added that eating dog meat is not a part of the cultural norm, and is a habit that can be changed.

He said, “Eating dog meat is not a part of tradition. It is a habit. Before, we didn’t used to eat it but going through starvation, especially during the time–I don’t need to say what time–people needed to do what they could to survive. Eat everything to survive. So if we eat it out of habit, then we can stop eating it as well. It is just a habit.”

He would like to end this bad habit during this generation so that younger generations will not think it is acceptable to eat dog meat.

So far, Four Paws has been able to help three slaughterhouse owners leave behind the dog meat trade and take different business paths. 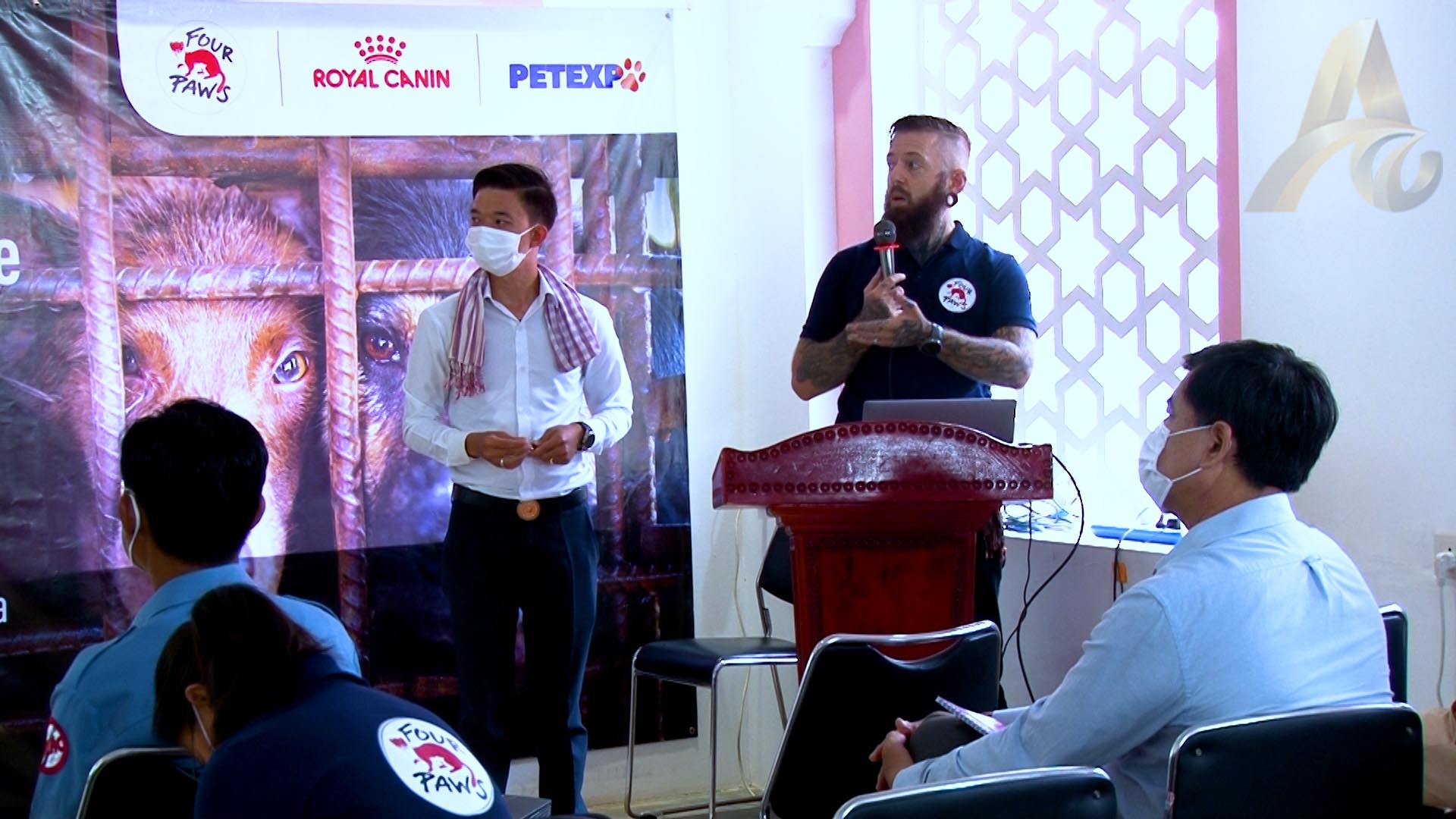 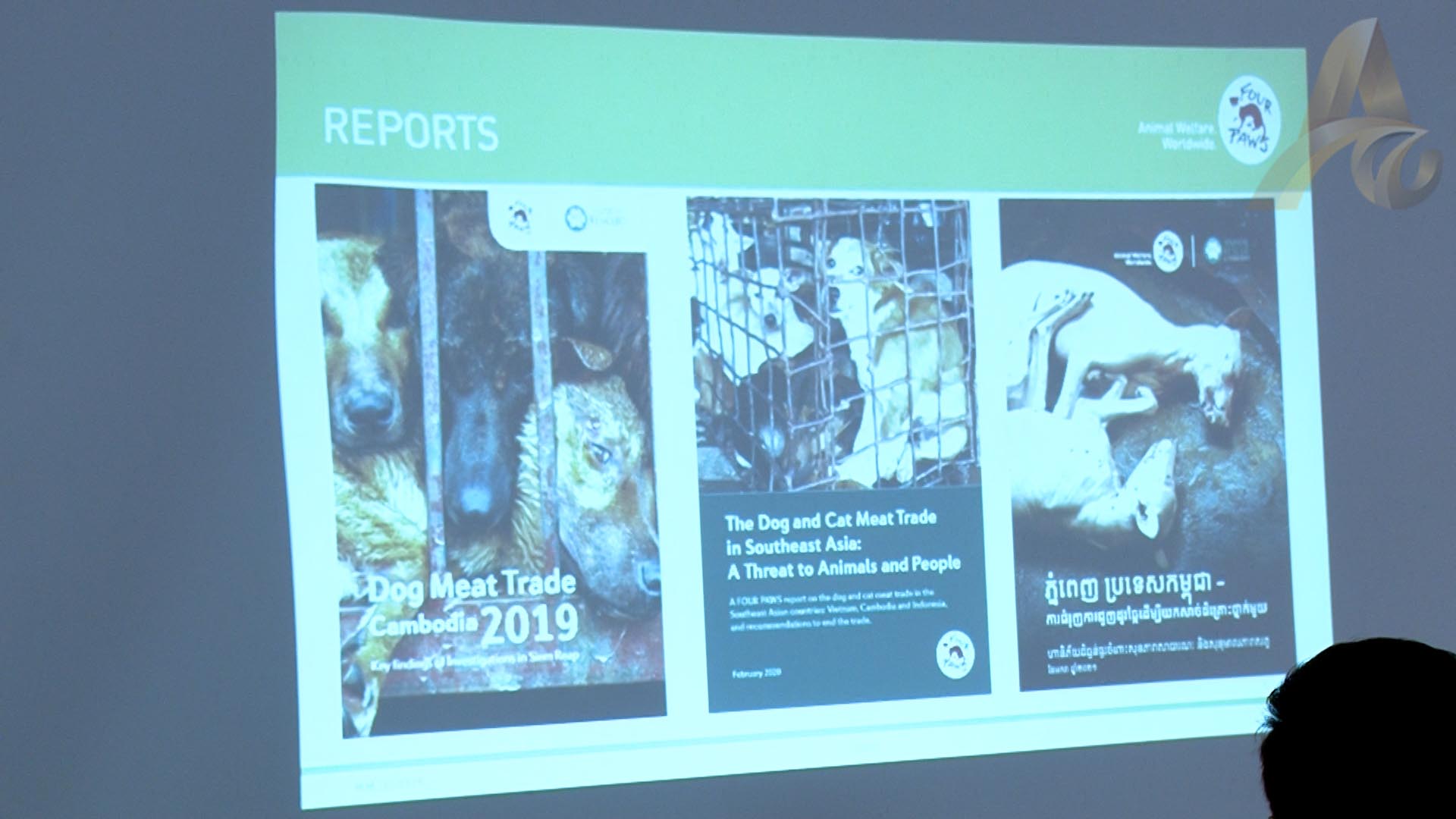 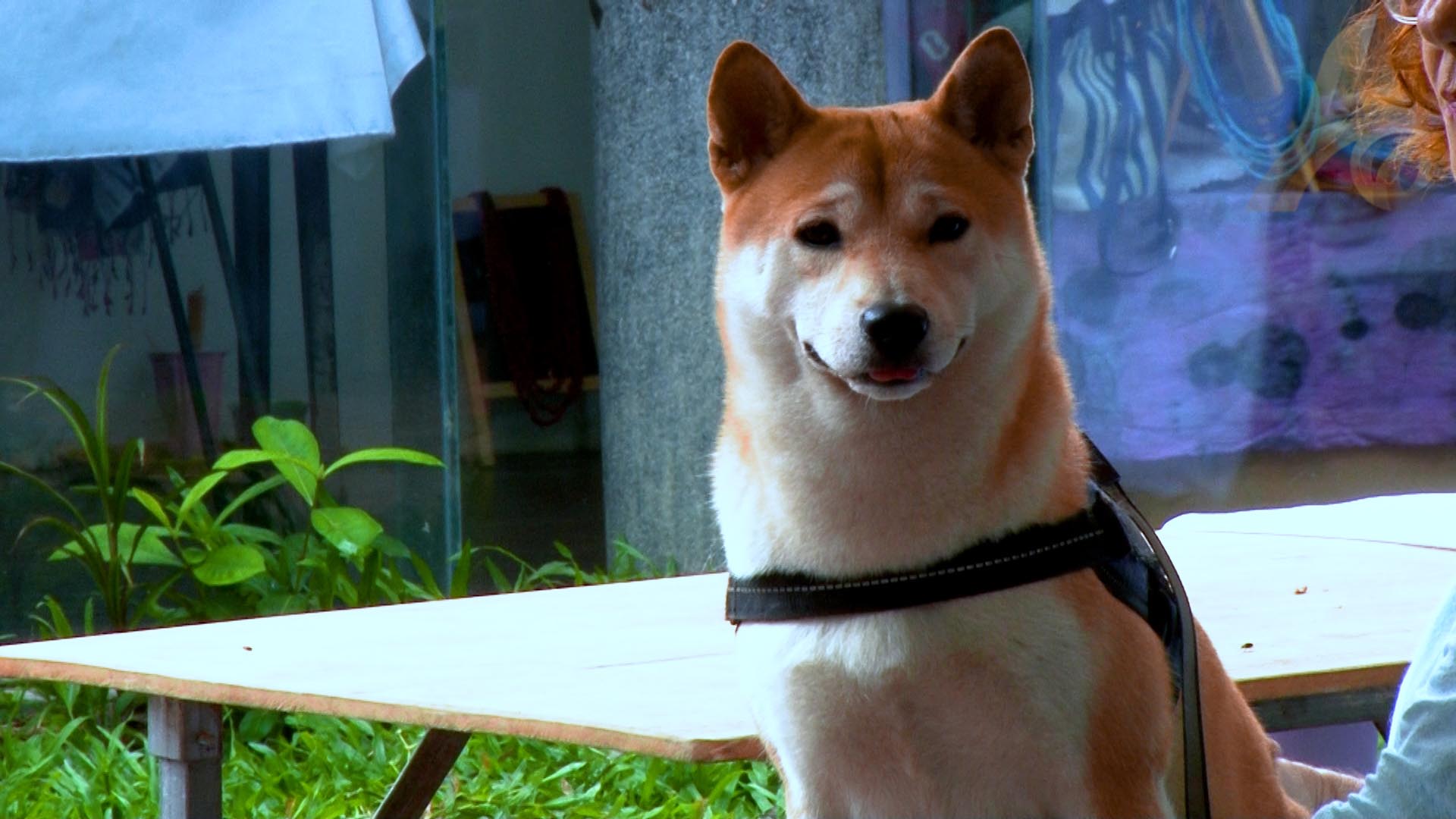 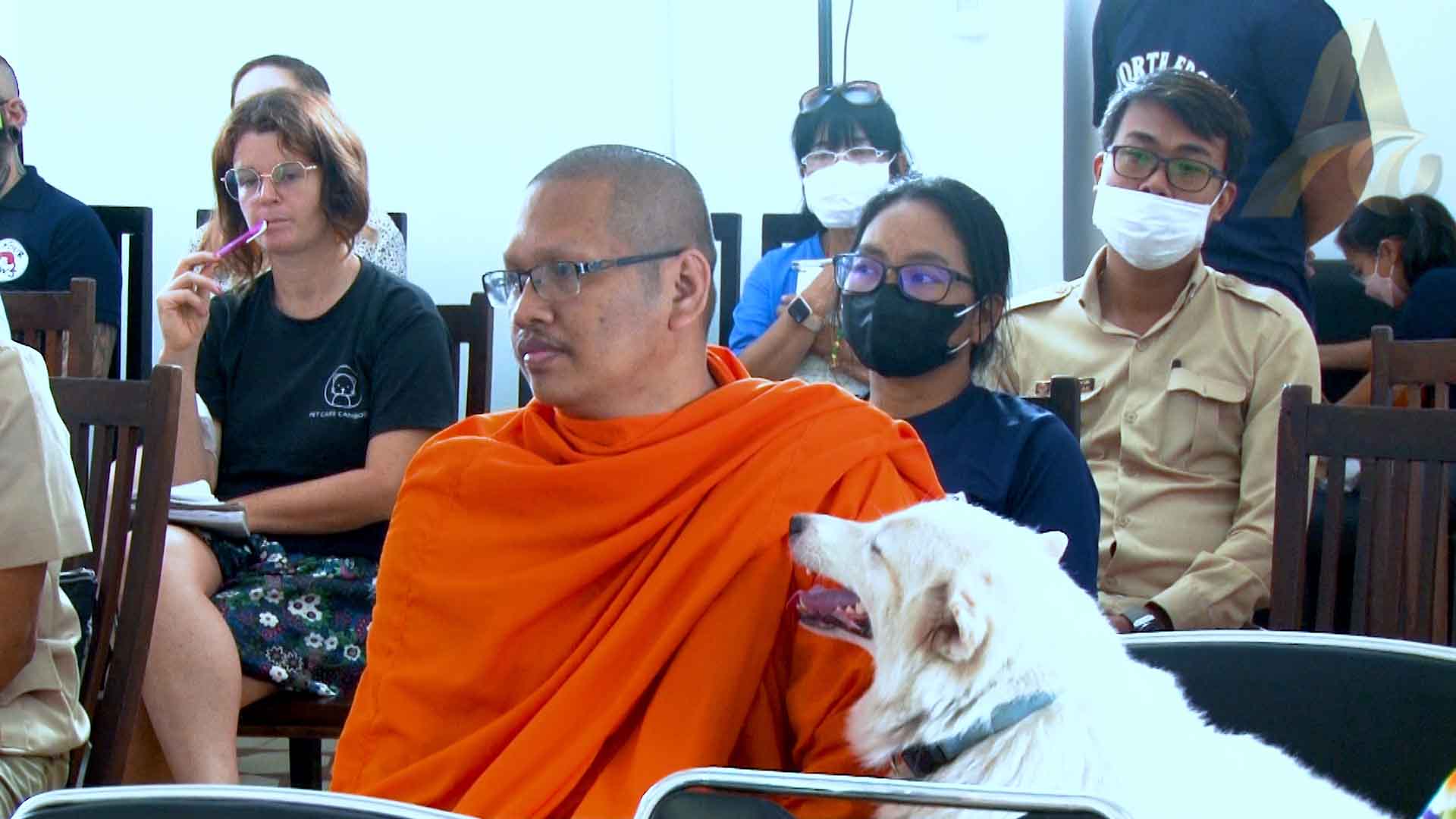 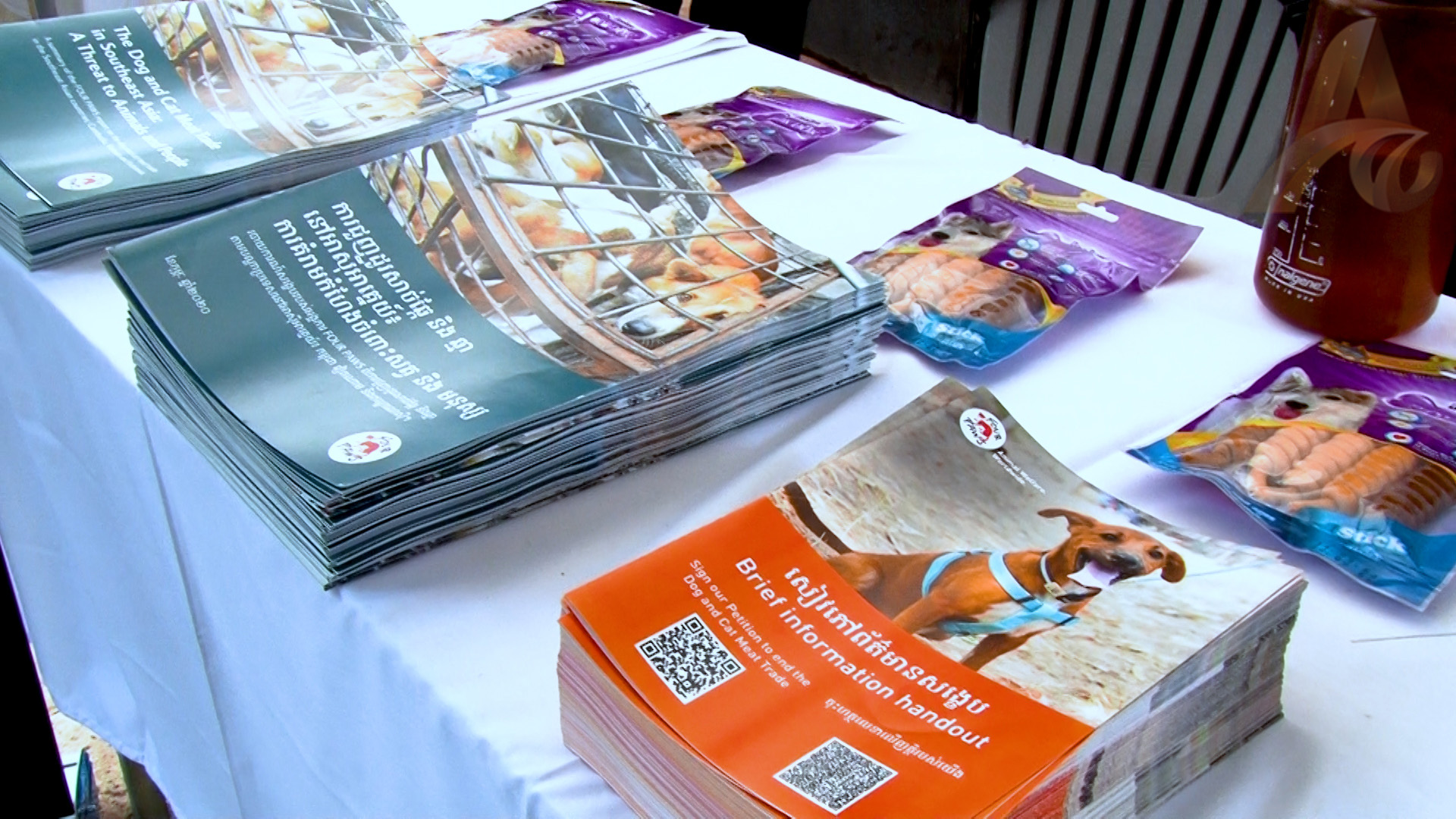 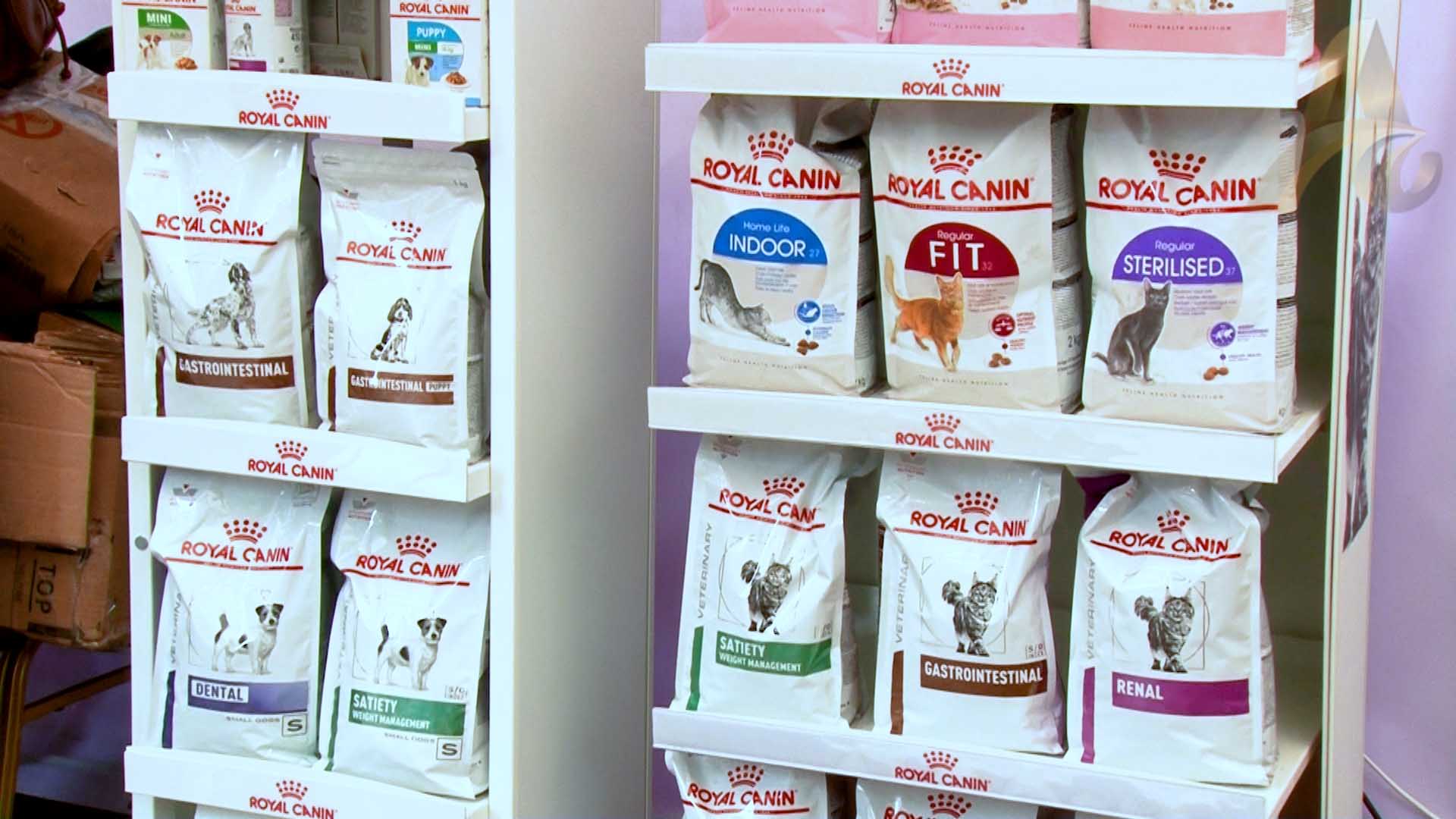 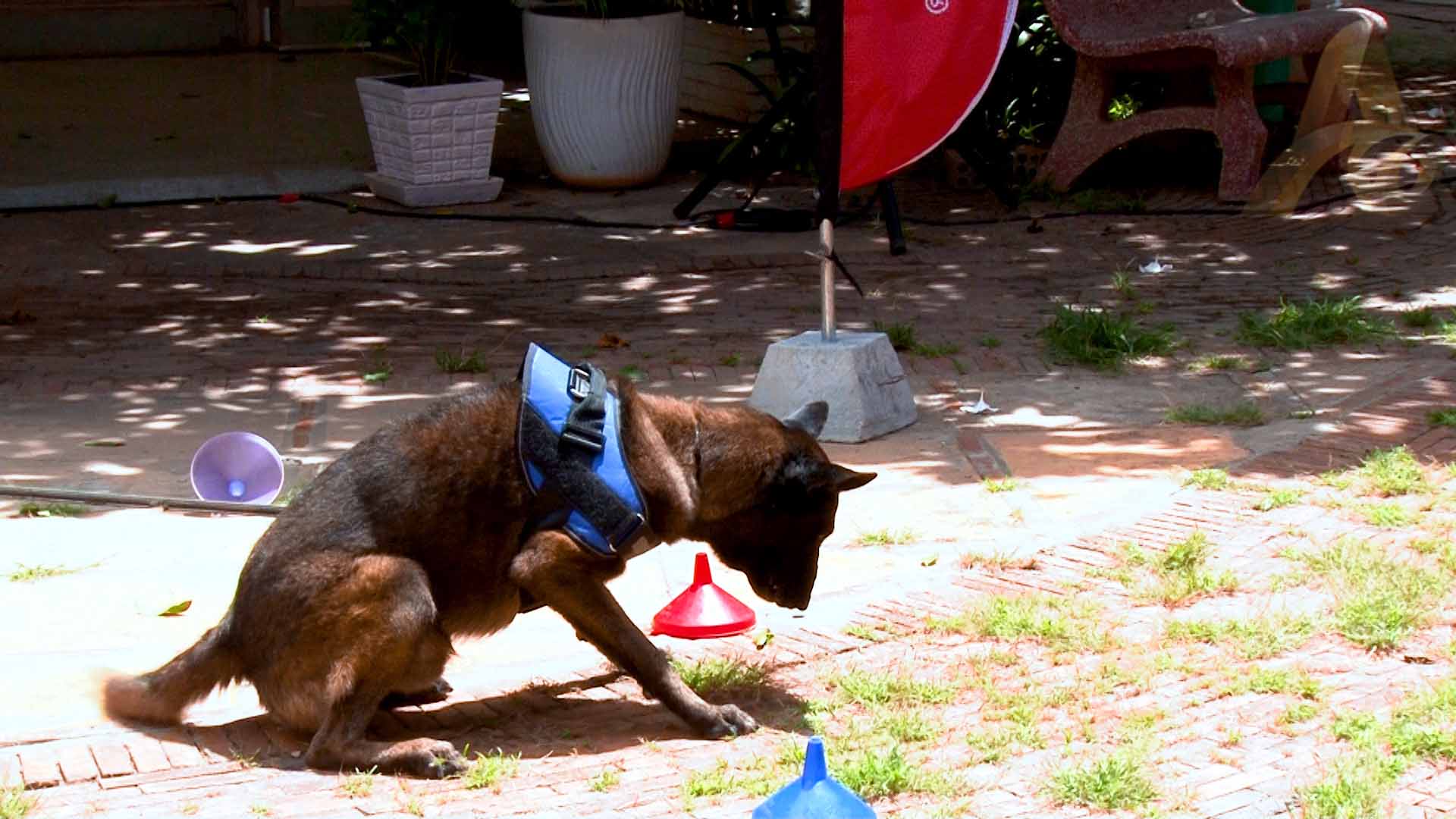 ECCC Will Not “Permanently” Close at End of 2022