INTERNATIONAL: An Al Jazeera reporter was killed by Israeli army gunfire in the occupied West Bank on Wednesday 11th May, the Qatar-based news channel said, but the military said she may have been shot by Palestinians as they clashed with its troops.

One Palestinian official said Shireen Abu Akleh had been "assassinated" by Israeli forces while reporting on a raid in the city of Jenin, which has seen intensified army raids in recent weeks as violence has surged.

In a statement, the military said its troops had shot back after coming under "massive fire" in Jenin and that "there is a possibility, now being looked into, that reporters were hit - possibly by shots fired by Palestinian gunmen".

"What happened was we were waiting for our colleagues to enter the refugee camp at the point where the (Israeli) army was present, we chose a point that did not have any confrontations between the youth and the militants, we got to a point where we waited for Shireen to put on all her safety gear, she then reached us and we moved a few meters. We exposed ourselves to the army and the passers-by that we are press TV, we arrived and within seconds, there was the first shot. I told them that we are being targeted, we are being shot at, I turned and found Shireen on the ground, I found Shatha shielding herself by a tree and screaming, I turned and found Shireen on the ground in the first few seconds, with the shooting and we were telling each other we were being shot at. The shooting continued for more than 3 minutes on the teams that were there, Ali was injured, he was able to cross the street and get to a point of safety, and the shooting continued. I took refuge under a staircase in the cement factory and the shooting continued. Shatha - the shooting was targeting. The last person that the sniper saw was taking refuge under a tree, our colleague Shatha Hanaysheh, the shooting towards her continued while she was standing under the tree, and we could not provide first aid to Shireen. The youth came to us, the ones that were in the street, who were trying to pull Shireen out, were also shot at, whenever anyone moved forward they were shot at." 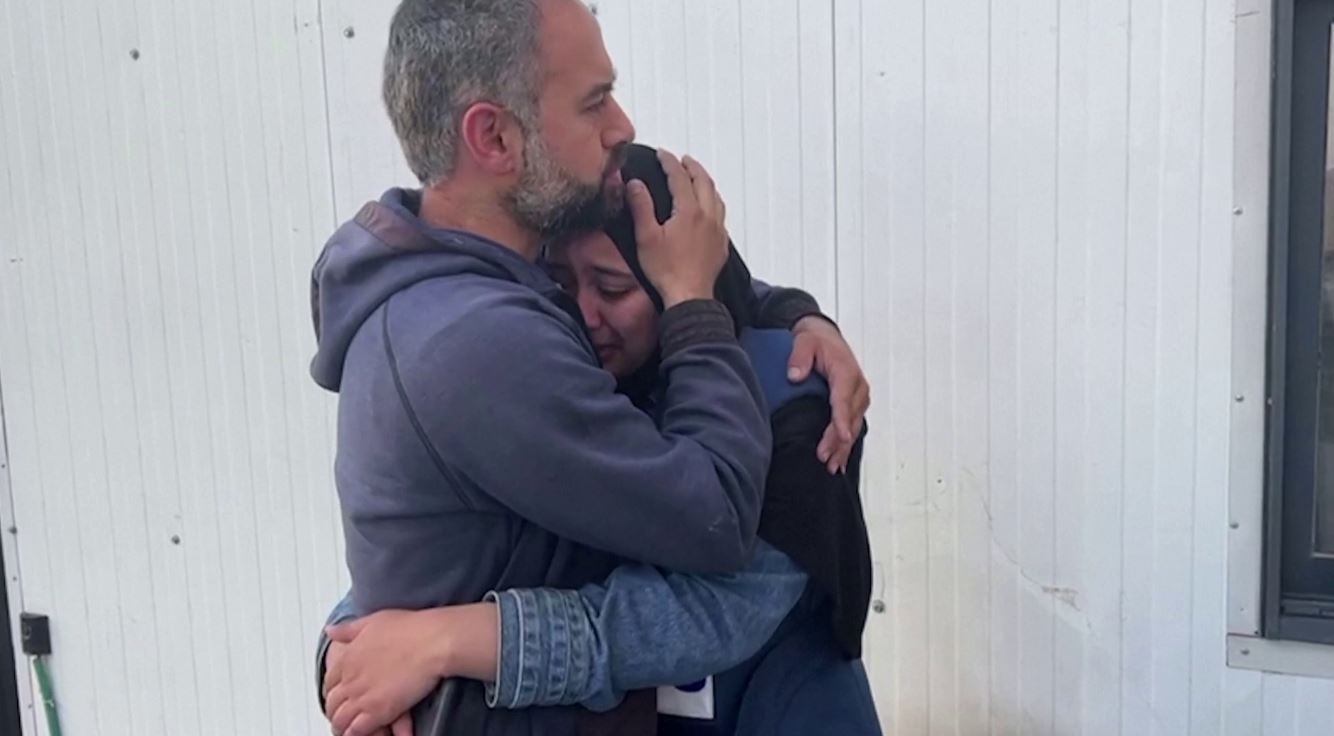