INTERNATIONAL: Volunteers collected bodies of dead Russian soldiers found in a village in the Kharkiv region retaken by Ukrainian forces on Monday 9th May.

Still photographs show the bodies being placed in body bags in the village of Vilkhivka, a day before Ukraine said its forces had recaptured villages from Russian troops north and northeast of Kharkiv, pressing a counter-offensive that could signal a shift in the war's momentum and jeopardise Russia's main advance.

In Staryi Saltiv, some 40 kilometres away, Ukrainian troops were inspecting a destroyed Russian main battle tank T-90M Proryv on Monday.

On Tuesday (May 10), Ukrainian servicemen were photographed patrolling an area in an undisclosed location in Kharkiv region.

The counterattack near Kharkiv could indicate a new phase, with Ukraine now going on the offensive after weeks in which Russia mounted a massive assault without making a breakthrough.

By pushing back Russian forces who had occupied the outskirts of Kharkiv since the start of the invasion, the Ukrainians are moving into striking distance of the rear supply lines sustaining the main Russian attack force further south. 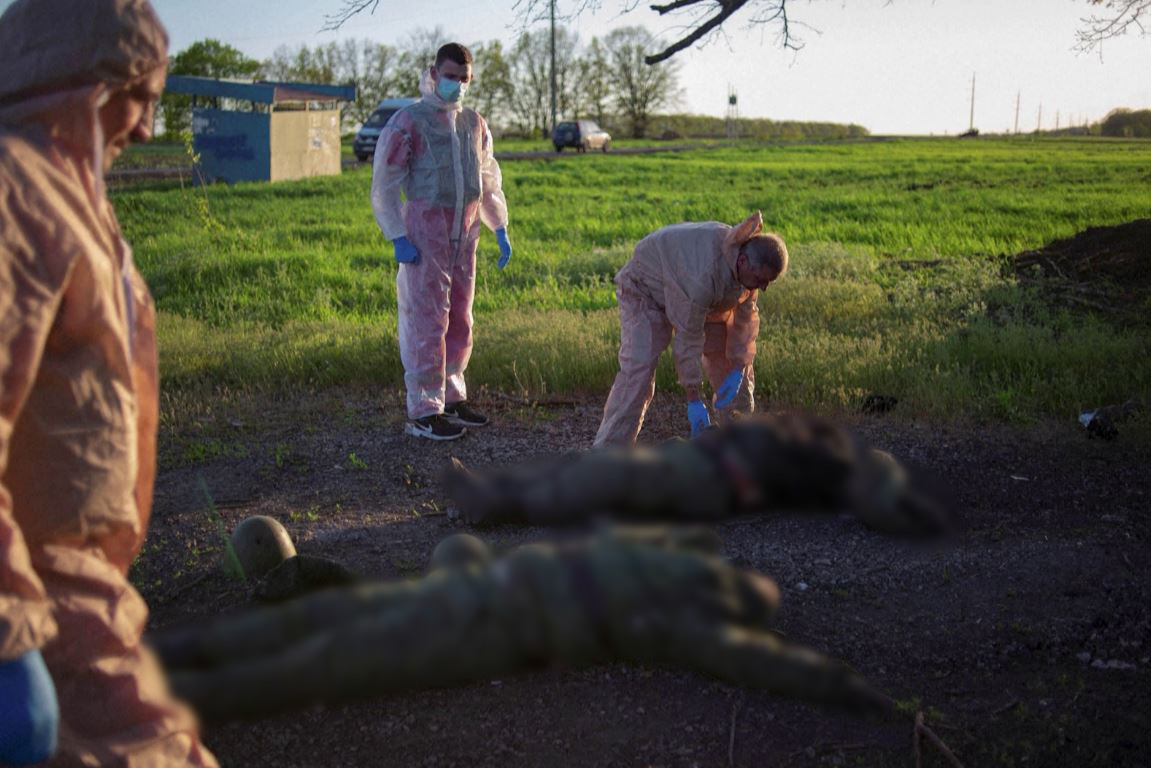