PHNOM PENH: In the first four months of 2022, Cambodia’s rice exports increased by 14.88 percent. Experts have raised concerns about rice cultivation due to the rising price of fuel and fertilizer, due to the ongoing war between Russia and Ukraine.

The Secretary-General of the Secretariat of the Cambodian Rice Federation, Lun Yeng, told EAC News that Cambodia's rice exports have increased, especially rice exports to the Chinese market, but that number has not yet been able to meet market demand because the demand quota China has provided for rice imports has reached up to 3.4 million tons per year.

He expressed concern about the cultivation capabilities of small and medium-sized farmers, because although there is an increase in exports, there has not been an increase in the price of rice being sold by local farmers even despite facing with rising prices of fertilizer and fuel caused by the crisis between Russia and Ukraine.

He said, "But the problem is not about sales, it is about their production, is their cost cheaper? [Farmers] sell for the same price, or a little bit higher that usual, but the cost of production is much higher, so the impact on farmers is greater. In the world, the base of fertilizers and fuel is in Russia, a large part making up almost 20 percent of the world's supply, so if Russia has a problem with the production line, supply to the world increases in price, not just for us, farmers all over the world face this problem.”

However, he also expects that Cambodia will continue to increase its rice exports to 750,000 to 800,000 tons per year.

Sok Kak, a farmer in Phnom Srok district, Banteay Meanchey province, told EAC that he owns 100 hectares of farmland and harvests grain twice a year, yielding an average of five to six tons per hectare. He said that his selling price of grain has not increased, with a kilogram of grain costing about 500 to 600 riel. He added that he was worried about his grain crop in recent months, since the war between Russia and Ukraine has made fuel and fertilizer prices soar higher than expected.

He said, "I'm worried because the price of fuel and fertilizer is going up beyond what we thought. The price of rice does not increase much, only 5 to 6 Thai Bath (500 to 600 riel) per kilogram. We need to use fuel because we have to pump water to the fields and now the cost of labor has also increased."

He added that if this problem continues, it will have an impact on agriculture, especially those with small businesses.

Meanwhile, Cambodia exported 1,648,474 tons of all types of rice across the border with Vietnam, with an estimated value of US $376.64 million. All types of fragrant rice accounted for 67.12 percent, white rice was 30.13 percent, parboiled rice 1.07 percent and organic rice 1.68 percent. 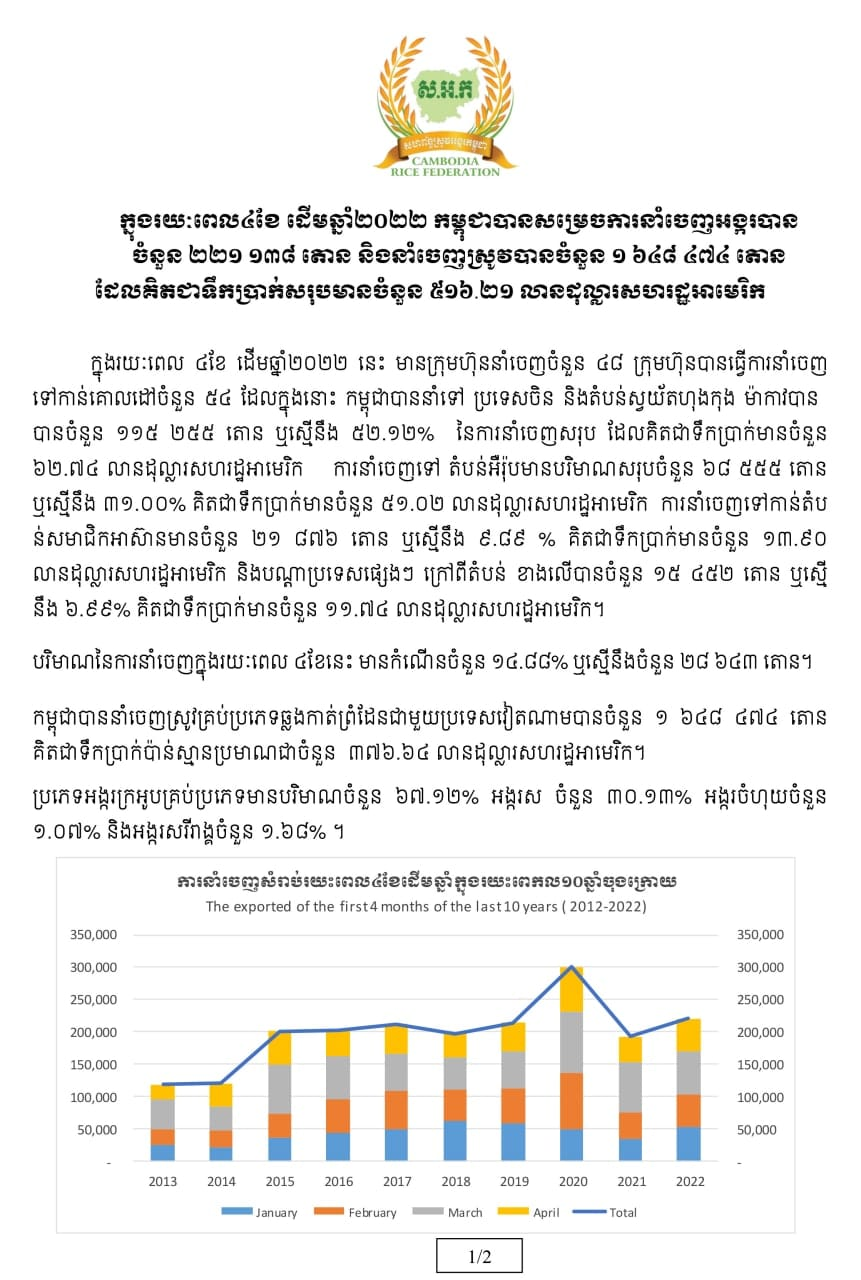 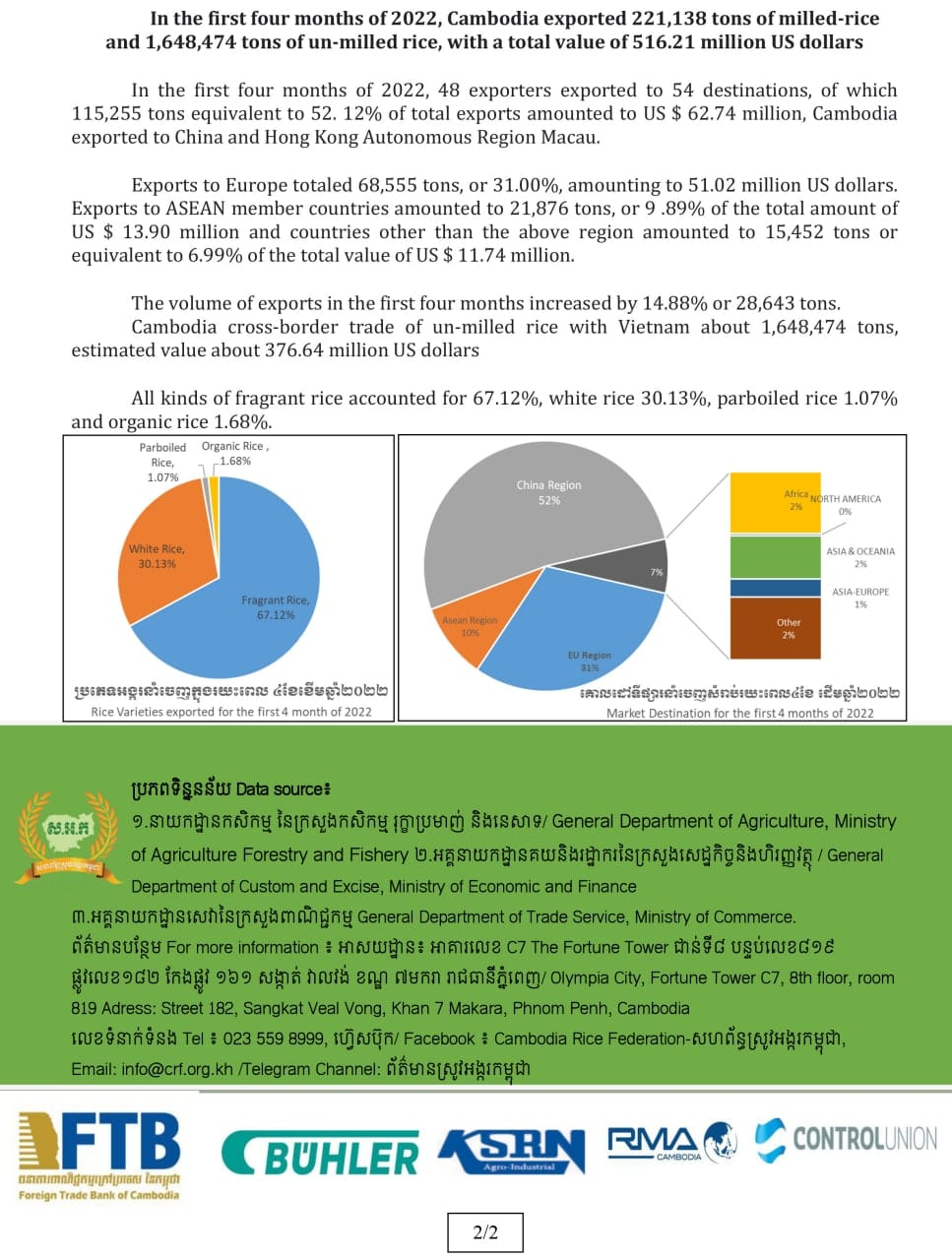