Runners Across 165 Countries Raise 4.9 Million US Dollars At Wings For Life World Run

INTERNATIONAL: Over 160,000 runners across 165 countries took part in the Wings for Life World Run on Sunday 8th May, raising 4.9 million US dollars through entry fees and donations for spinal cord research.

There was no set start or finish line to the race: people all over the world joined the run either at one of seven large-scale group runs, in organized groups or on their own via an app. The race ended when participants were caught by a real or virtual Catcher Car, which set off 30 minutes after the runners.

At the ninth edition of the race on Sunday, participants averaged 11.9 kilometers before they were caught by the car.

Nina Zarina of Russia ran 56 kilometers in Santa Monica in the United States to win the women's race, while Japan's Jo Fukuda, running in Tokyo, won the men's race by covering 64.43 kilometers.

Everyone around the world set off at the same time, meaning for some it was a night race, while others took part in the day. The conditions differed for many participants: the hottest temperature runners had to face was in Jaipur, India, where it was 42C (108F) and the coldest was in Nuussuag, Greenland at -8C (18F).

With the 2022 race complete, runners now look to 2023, which will see a special 10th anniversary edition of the race. 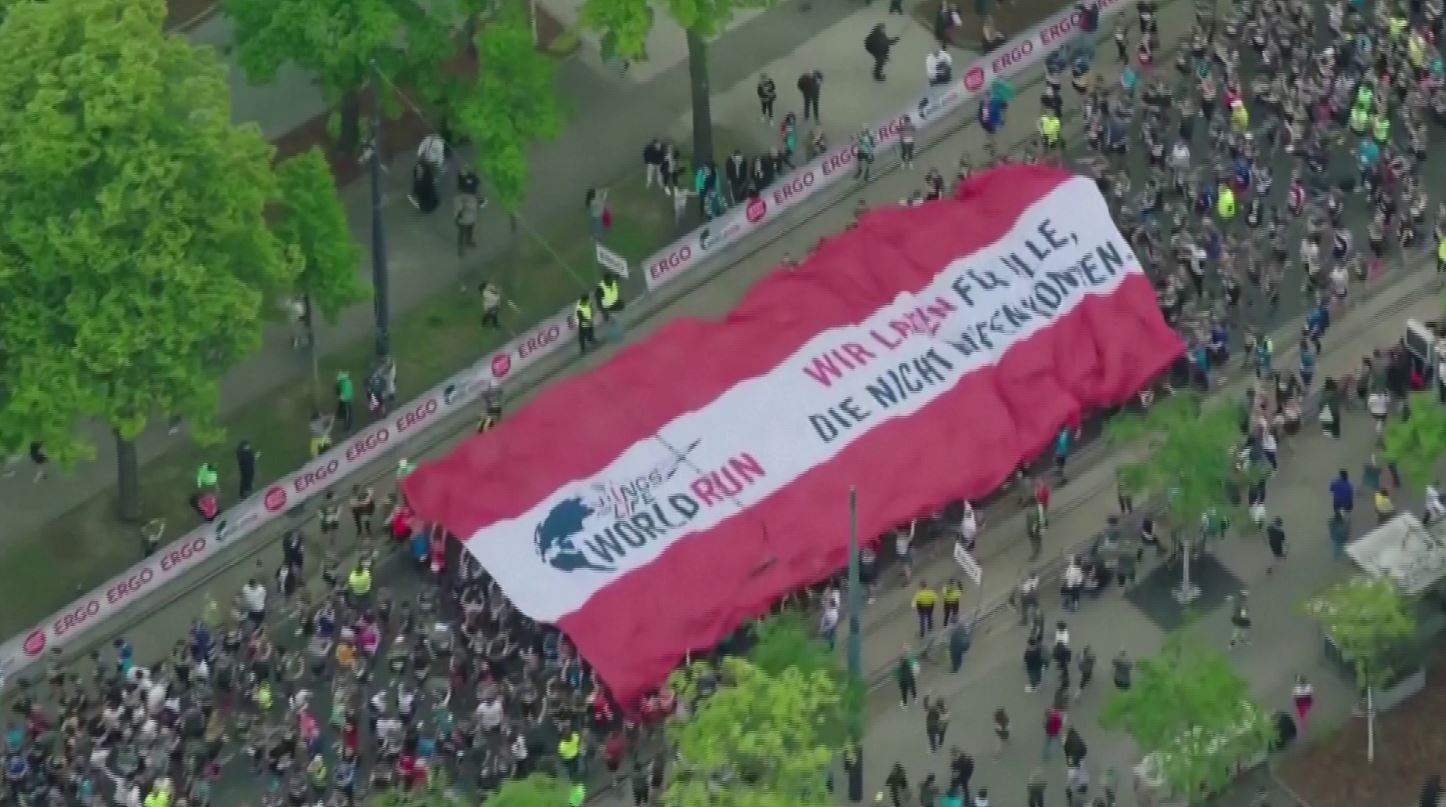 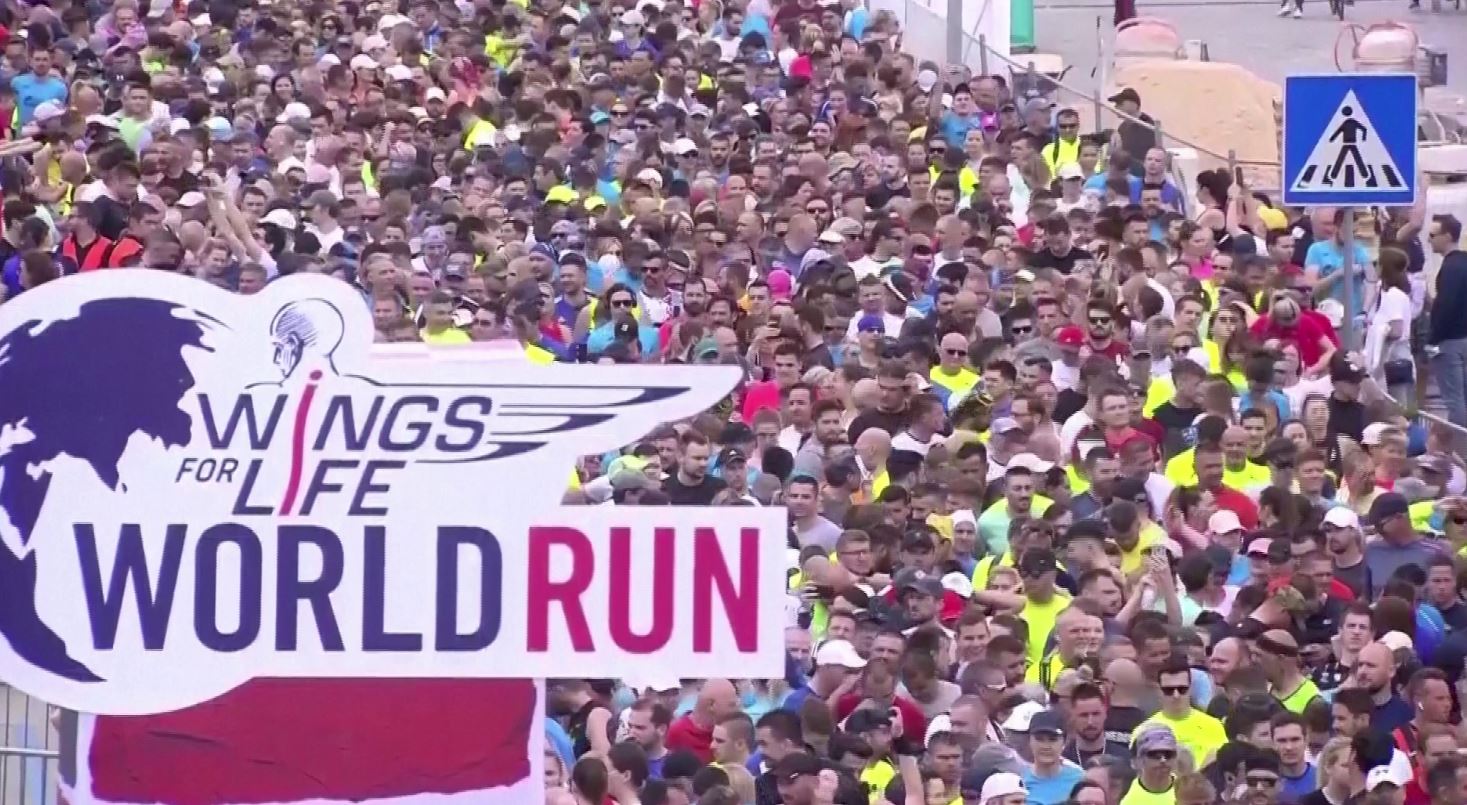 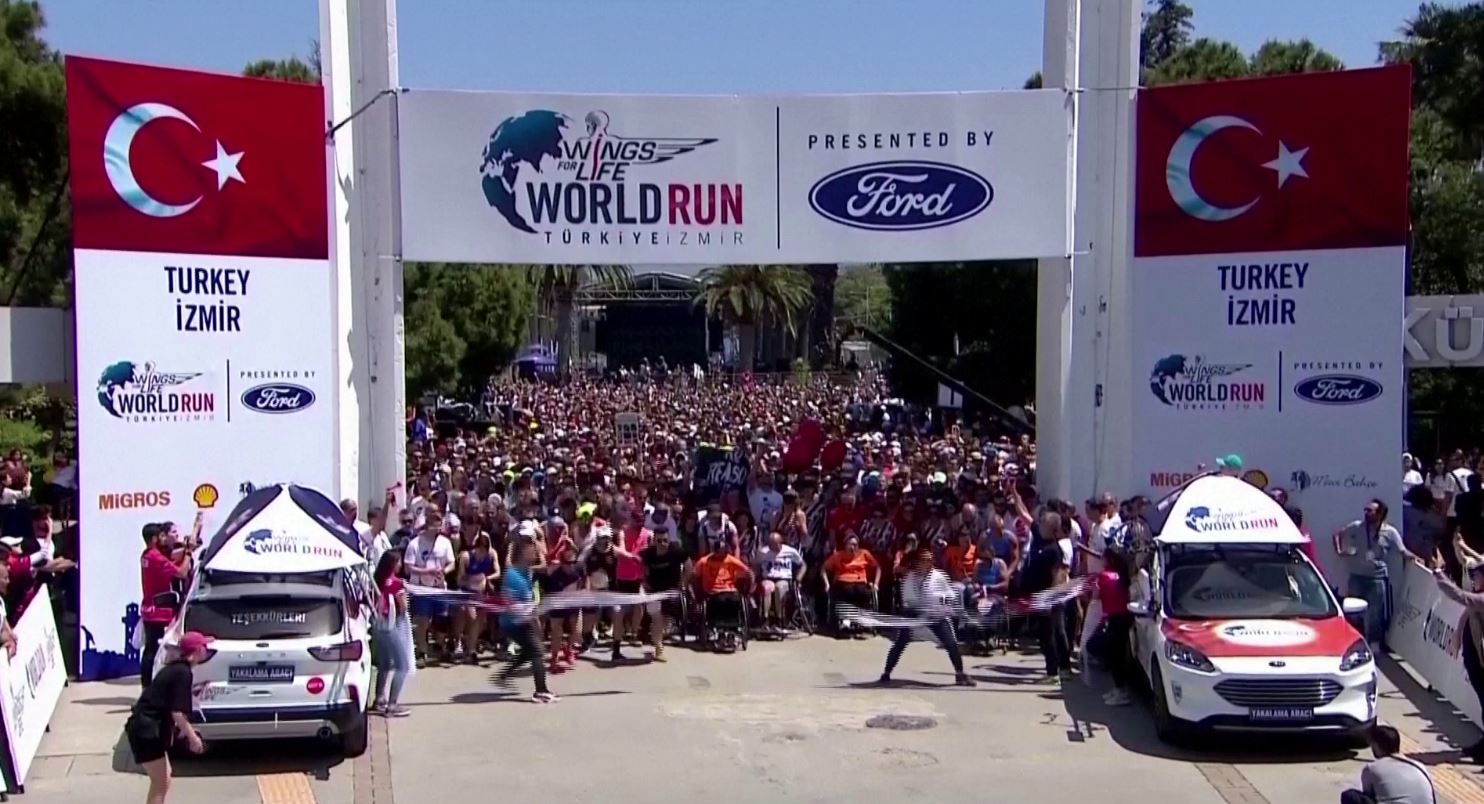