GREECE: A theatre troupe from Ukraine that fled the country is keeping its children’s show on the road in order to send messages of joy, hope and unity amidst the conflict.

“The Funny Balloon Show” staged performances in an Athens theatre on Saturday, 7 May, as part of a two-day tour.

Some 5,000 balloons set up on stage in the form of castles, trees, and flowers make up the “Balloon land”, where clowns, acrobats, and dancers taking on the roles of fairytale characters and creatures in a comedic, music filled performance for children. The little dialogue in the musical play was dubbed into Greek for the show in Athens.

“I think that the main message of all the shows I produce is to choose in favor of joy, friendship, to choose being together, to support human beings, rather than to choose war. No one wants that choice, and it is symbolic that kids should see this, not war," said the show’s 42-year-old producer, Natalia Avdoshyne, who is from Odessa, Ukraine.

The group consisted of 10 Ukrainian artists and crew members. When the conflict with Russia erupted the male artists in the show left to fight, and the rest of the group fled to Poland. The show producer said they debated closing down the production, but they ultimately decided that it was important to keep it going. Three artists from Russia, Belarus, and Poland joined the performance to fill in the missing roles.

“Everybody turned out to be shocked by this situation, the actors too. And we had a choice: to stop and face an uncertain future or go on. And (for everyone), the actors included, it supports them a lot, both physically as well as being a diversion for them, this joy which penetrates from the shows, it is the frontline now," said Advoshyne.

The show producer said the fact that the artists in the show were working together harmoniously despite being Ukrainian, Russian and Belarusian, sent another message of hope and unity.

She said, “First of all, it gives us an understanding that fundamentally we all are human beings, and we all feel, love, (and) choose to be happy. This is essential and it should be our choice rather than differ from each other."

Avdoshyne is travelling with her one-and-a-half-year-old son Aleksander and husband Andrii, who is also part of the crew. She said it was hard leaving her parents and two siblings in Ukraine, who remain in Odessa.

She said, “I am concerned a lot, inside of me there is a growing feeling that it is difficult for them there, while I am unable to help them in any way. It is tough, it is painful.”

Before the conflict started, the group was touring and had performed in the northern Greek city of Thessaloniki in January. They hope to continue their performances in Poland and the Czech Republic after leaving Greece. 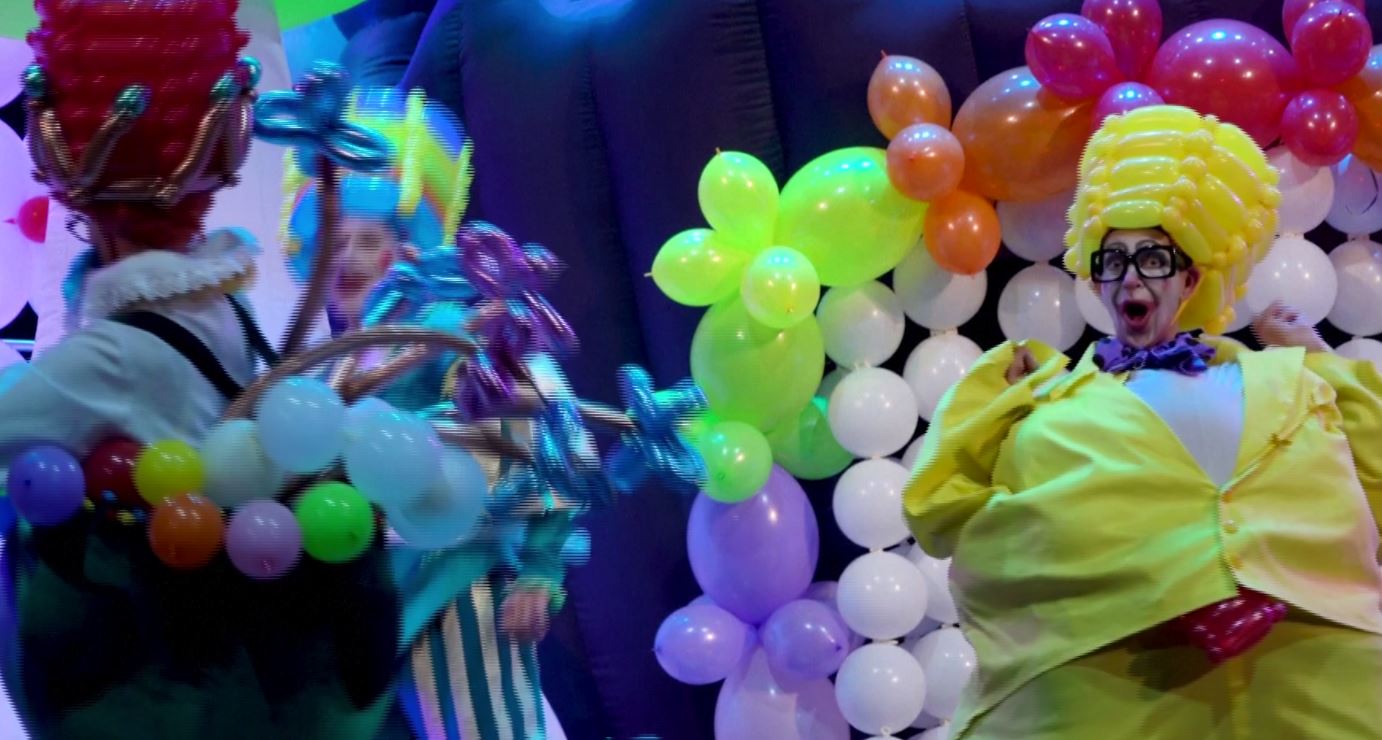 “White Building” Is a Piece of Art

The Award-winning Film Has Finally Come to Cambodia