PM: Our Family Has Always Been Loyal to the King, the Throne and the Monarchy

KAMPONG CHAM: Prime Minister Hun Sen recalled the memories of him and his brother, who participated in the demonstration against the Lon Nol coup, and demanded the handing over of power to King Norodom Sihanouk in 1970. He said that his family has always been loyal to the King, throne and monarchy.

The Prime Minister wrote on his Facebook page on Friday night (7 May 2022) that his brother, Hun Neng’s, participation in defending the nation, religion and the King made King Norodom Sihamoni honor him with the title “Samdech Udom Tep Nhean” today.

He wrote, “Brother, even though you have passed away, your reputation has always been with the nation, religion and the King. A while ago, our King paid tribute to you (with the title “Samdech Udom Tep Nhean Hun Neng”). Do you remember, it was near your mortuary that you and I joined a demonstration against the coup and demanded the return of power to King Father (King Norodom Sihanouk) on March 23, 1970, when you were 20 years old and I was 18 years old”

The Prime Minister believes that all his descendants will follow the path that he and his brother followed, ensuring the protection of the monarchy, King and the throne with loyalty.

He added, "Our family from all generations, from our ancestors, our parents to ourselves, have always been loyal to the King, the throne and the monarchy."

The Prime Minister’s older brother, Hun Neng, died at the age of 72 at about 6:25 PM on 5 May 2022 from a heart attack. He was given the title of "Samdech Udom Tep Nhean" today, 7 May, by the King, who said that Hun Neng was a loyal leader to the throne, defending and respecting Buddhism, upholding social justice for the perpetuation of the Kingdom of Cambodia. 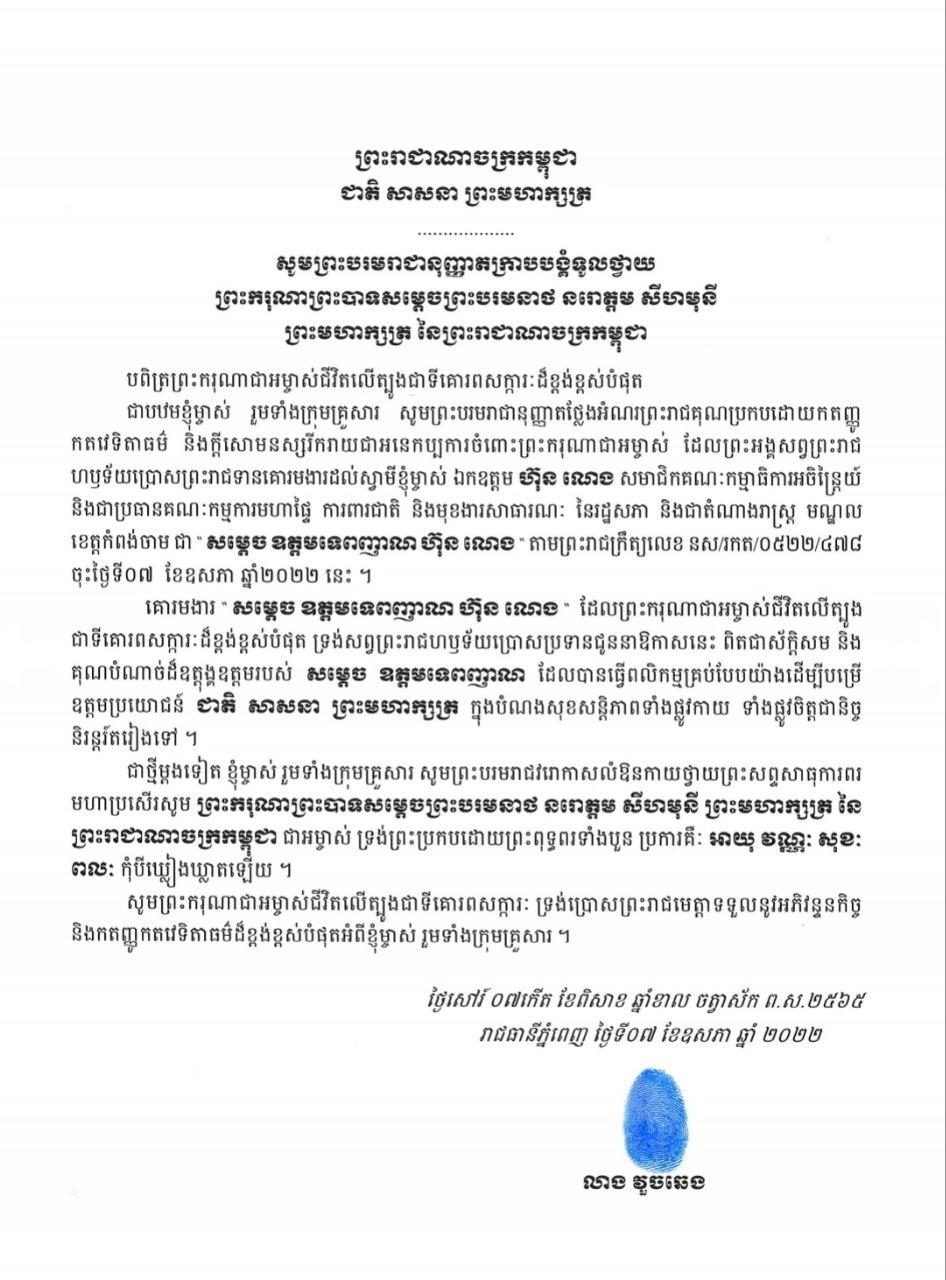 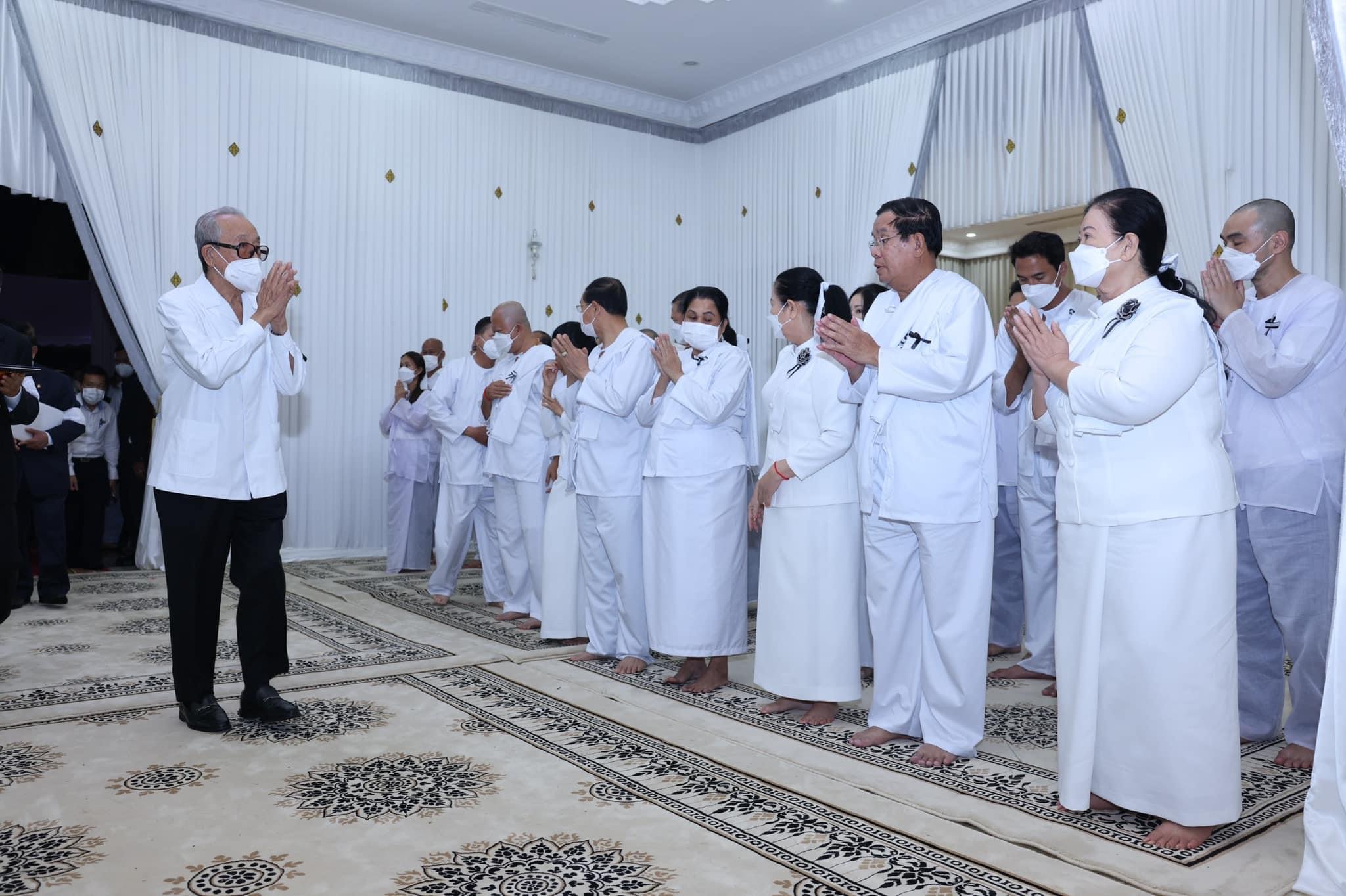 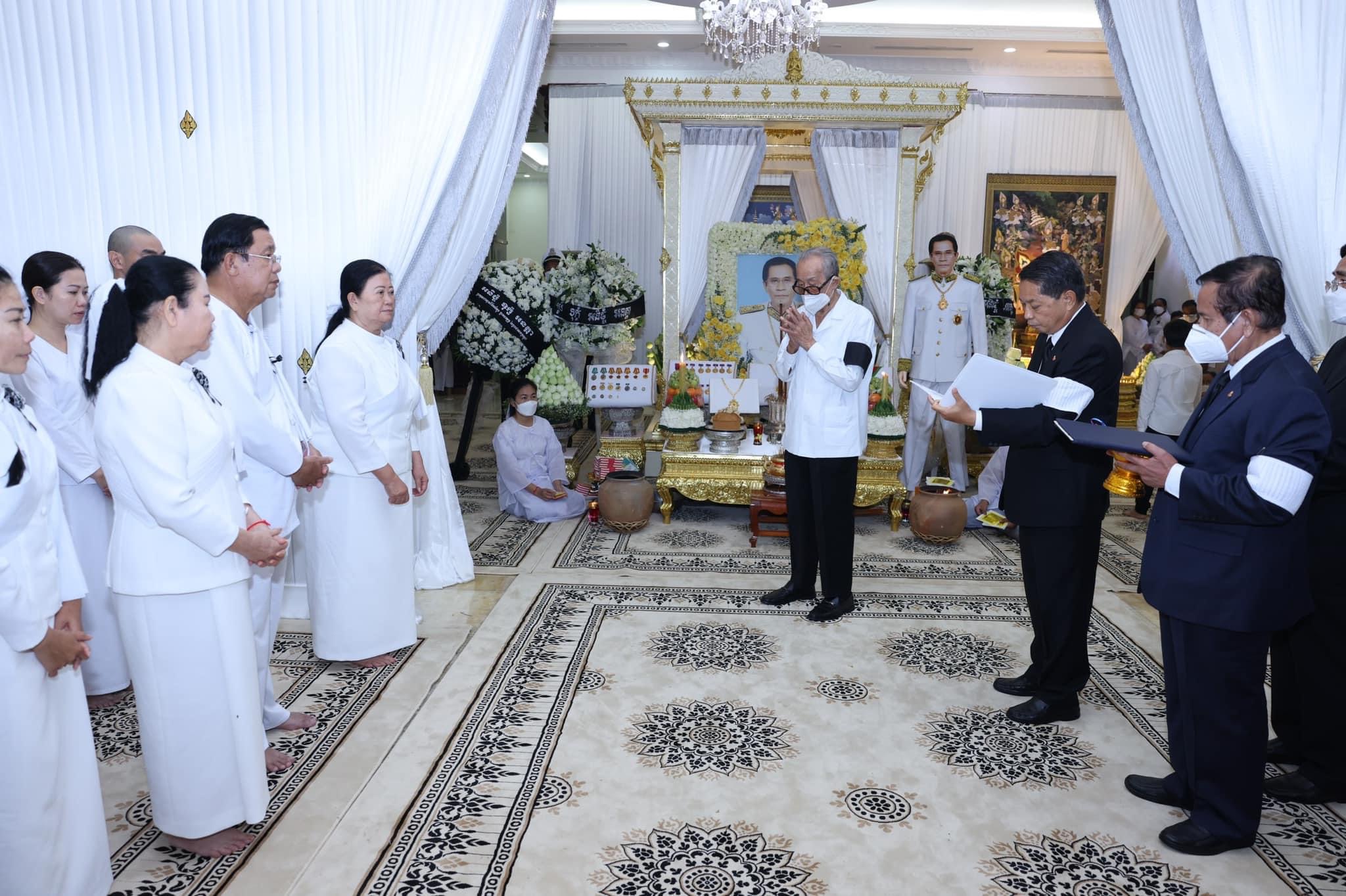 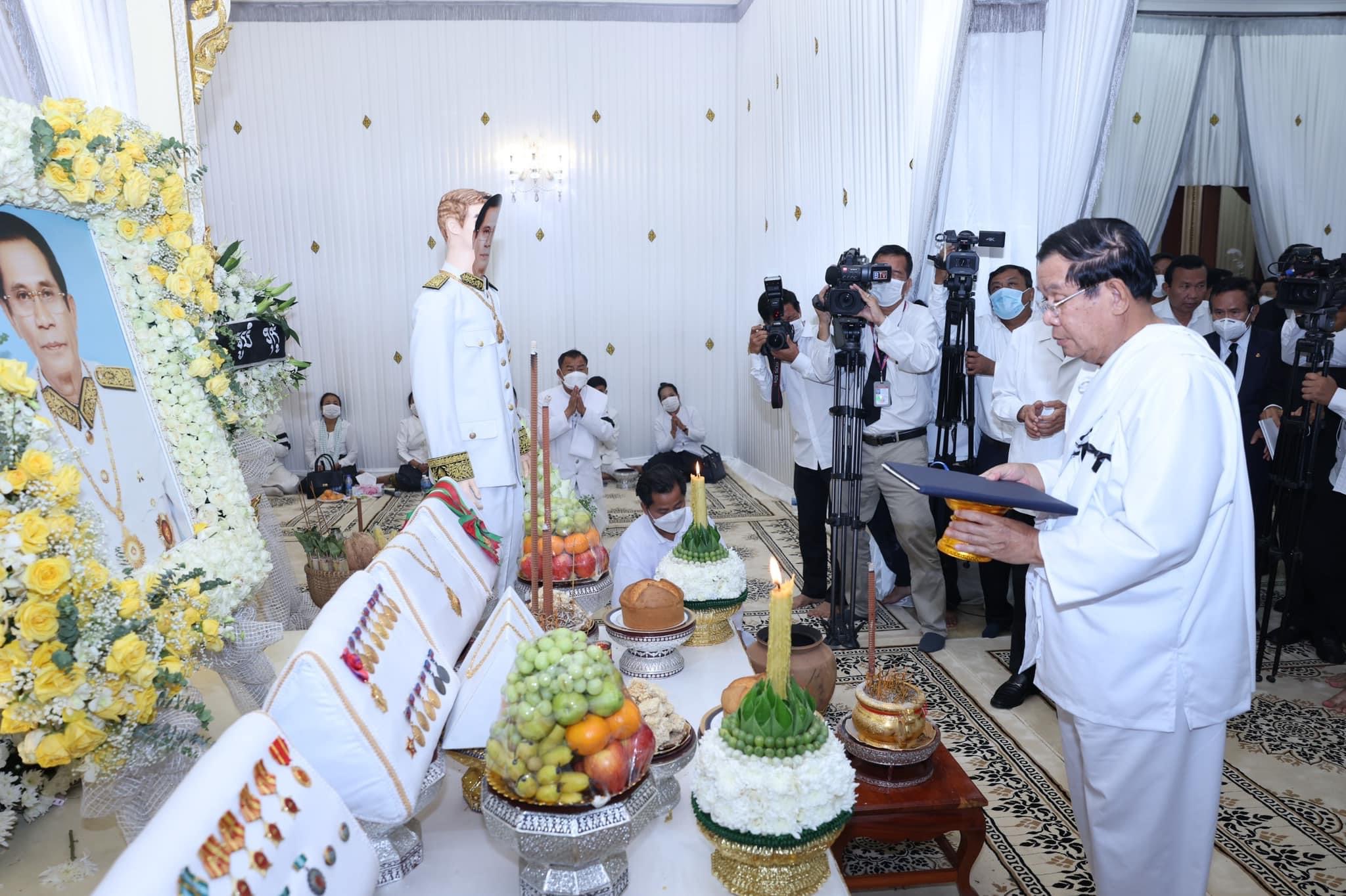 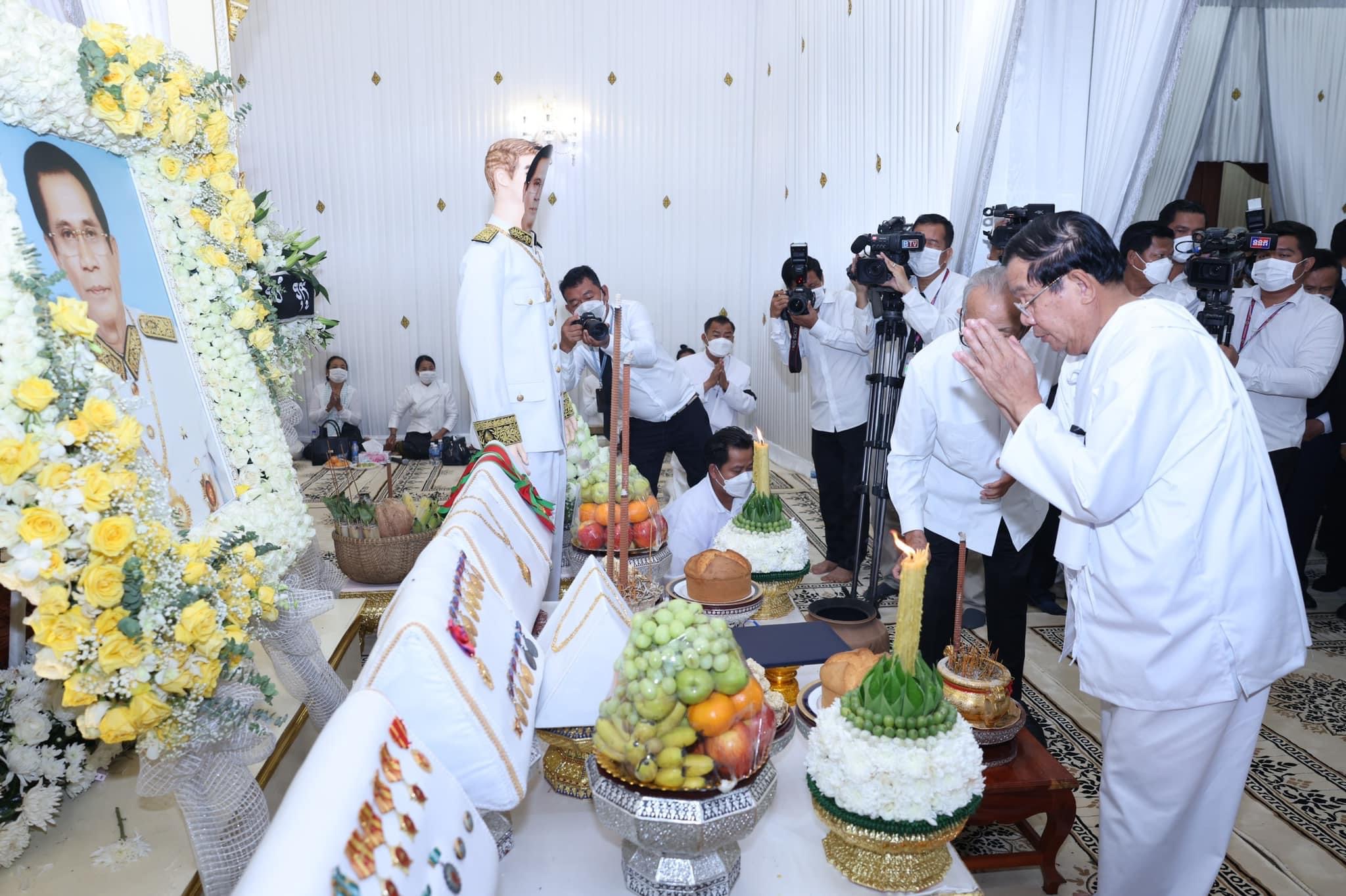 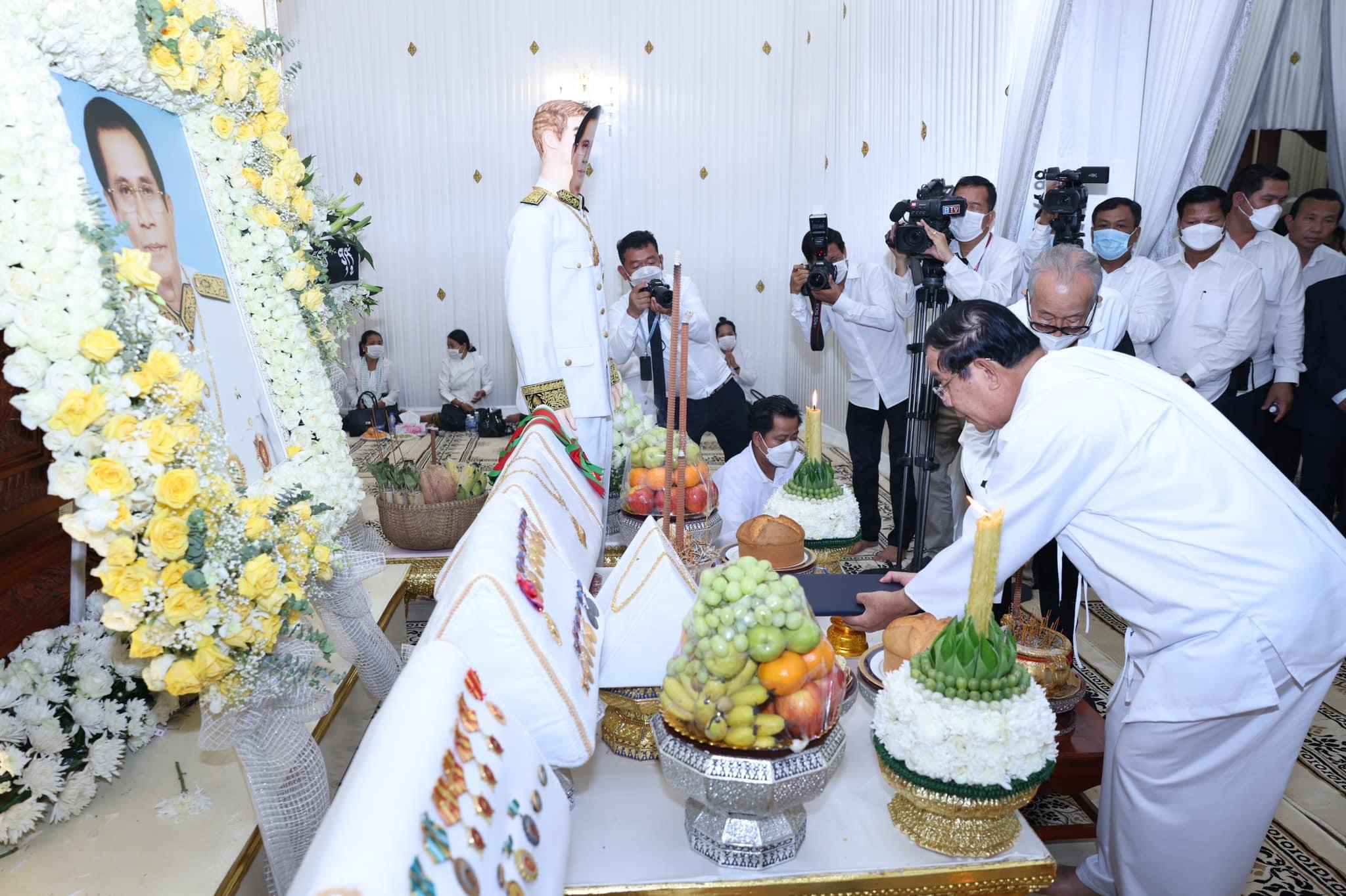 Government Reactivates Certificates of Validation and Invitation for Businesspeople

Ten Trucks Carrying Vaccines Handed Over to Laos on March 12