INTERNATIONAL: A man who said he is a medic treating people in Mariupol's Azovstal steel plant made a video appeal for help to Turkish President Recep Tayyip Erdogan.

In the video released on Thursday (May 5), the man identified himself as a Crimean Tartar Muslim, known by his nom-de-guerre Hasan.

He then appealed to Turkey as Ukraine's neighbor and ally to help evacuate the steel works.

"Recep Tayyip Erdogan, I do not remember which day of the war it is. People are dying, some from wounds, some from starvation; they die in agony, because of lack of medication, because of horrible conditions. We have no time. I do not know if there is "tomorrow" for me. I am a Crimean Tartar, a Muslim. Before the invasion I completed medical training. Now I give medical help to the wounded at Azovstal. Until the war I have never faced death. I used to work as an ambulance medic, I helped people the best way I could. It hurts to see how people die in your arms just because there are not enough antibiotics. In 2022. We are permanently under fire from the air, the sea and the land. My dream is to evacuate all the people, including the military from the territory of Azovstal. To stop this horror. Just 160 kilometers away across the sea from you, people are being killed, people whose only aim is to defend their land. Women and children. We have not attacked anyone. You yourself know from your history what it feels like when someone wants to take your land and kill the people. Turkey and Ukraine have always had close relationship and supported each other. You and your country are an important player in the political life of our region. We do not know who else we can write to or address. That is why I appeal to you. I truly believe that you will not leave us alone and that you will help us. I believe that anyone who takes part in this (helping us) will be rewarded."

Reuters could not independently verify the authenticity of the video. The man was pictured with men in military uniform on his social media account, and the video of his appeal to Turkey was shared by the far-right founder of the Azov Regiment, Andriy Biletsky.

Scores of Ukrainian civilians including women and children remained trapped on Thursday in a Mariupol steel works that has been rocked by heavy explosions as Russian forces fight for control of Ukraine's last stronghold in the ruined port city.

The United Nations said a new operation was underway to evacuate more people from Mariupol and the Azovstal steel plant, where an estimated 200 civilians are still holed up in underground bunkers with little food or water.

The Azov Regiment began as a battalion of mostly far-right volunteers after Russian-backed separatists seized parts of the eastern Donbas region in 2014. Kyiv later made it a unit of the National Guard and said it was reformed. Russia says destroying the group is a key war aim. 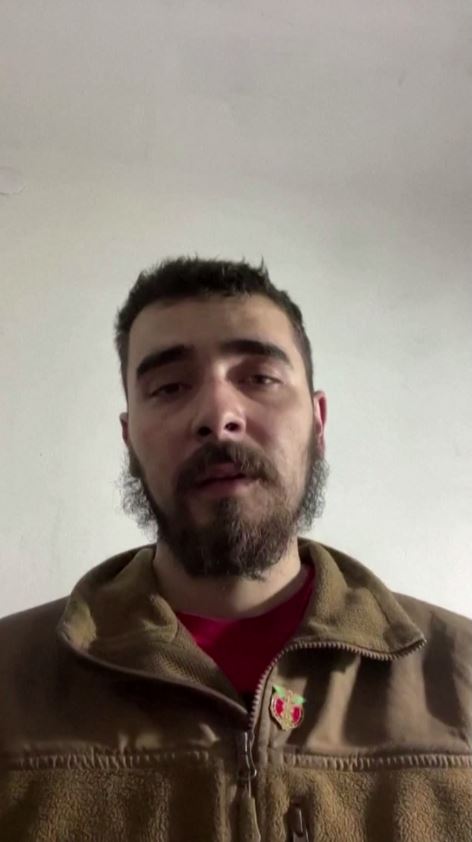