Siem Reap: The Union of Youth Federations of Cambodia (UYFC) has organized its three-day Central Committee meeting from 18-20 March 2022 under the chairmanship of the President Hun Many and the presence of members of the Standing Committee, as well as members of the Central Committee and distinguished guests at the Sokha Conference Hall, Siem Reap Province.

Speaking at the Opening Ceremony of the Central Committee of the UYFC, HUN MANY stated that the direct meeting was held at the same time as Cambodia reopened the country in all fields after the Royal Government achieved awareness in the community through the vaccination campaign across the country free of charge in accordance with the Blossom approach.

He said: "The gathering in Siem Reap on this occasion will reflect to the national and international public the reopening of a major economic pole and Cambodia's sacred heritage after modernization, and renovate the infrastructure system for more than a year."

At the same time, he considered that the Central Committee meeting was not only a testament to the support and congratulations for the achievements of the UYFC over the past eight months, but also demonstrates a spirit of unity and commitment to the cause of the youth in the cause of the motherland, especially the direction of the work that we need to do in the next step.

It should be noted that in 2019, the Central Committee of the Union of Youth Federations of Cambodia has already held its meeting in Siem Reap to summarize the results achieved and set the next work direction, which is the normal operation of this youth institution. In particular, in 2021, despite the Covid-19 epidemic, the functioning of this institution can continue to be normal, adapting to the context of a new normal by an online meeting system that allows members to continue to discuss and lead the work of the UYFC by maintaining safety as well. 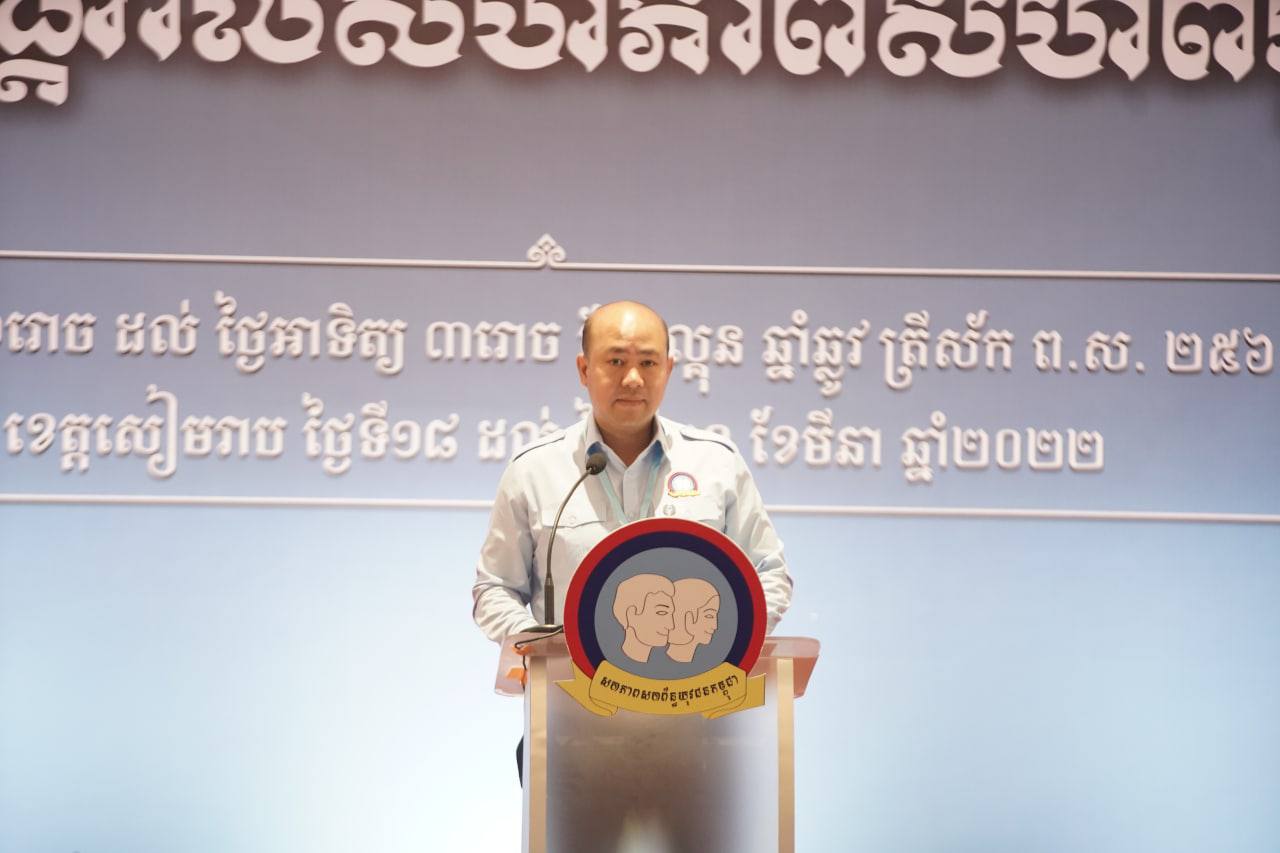 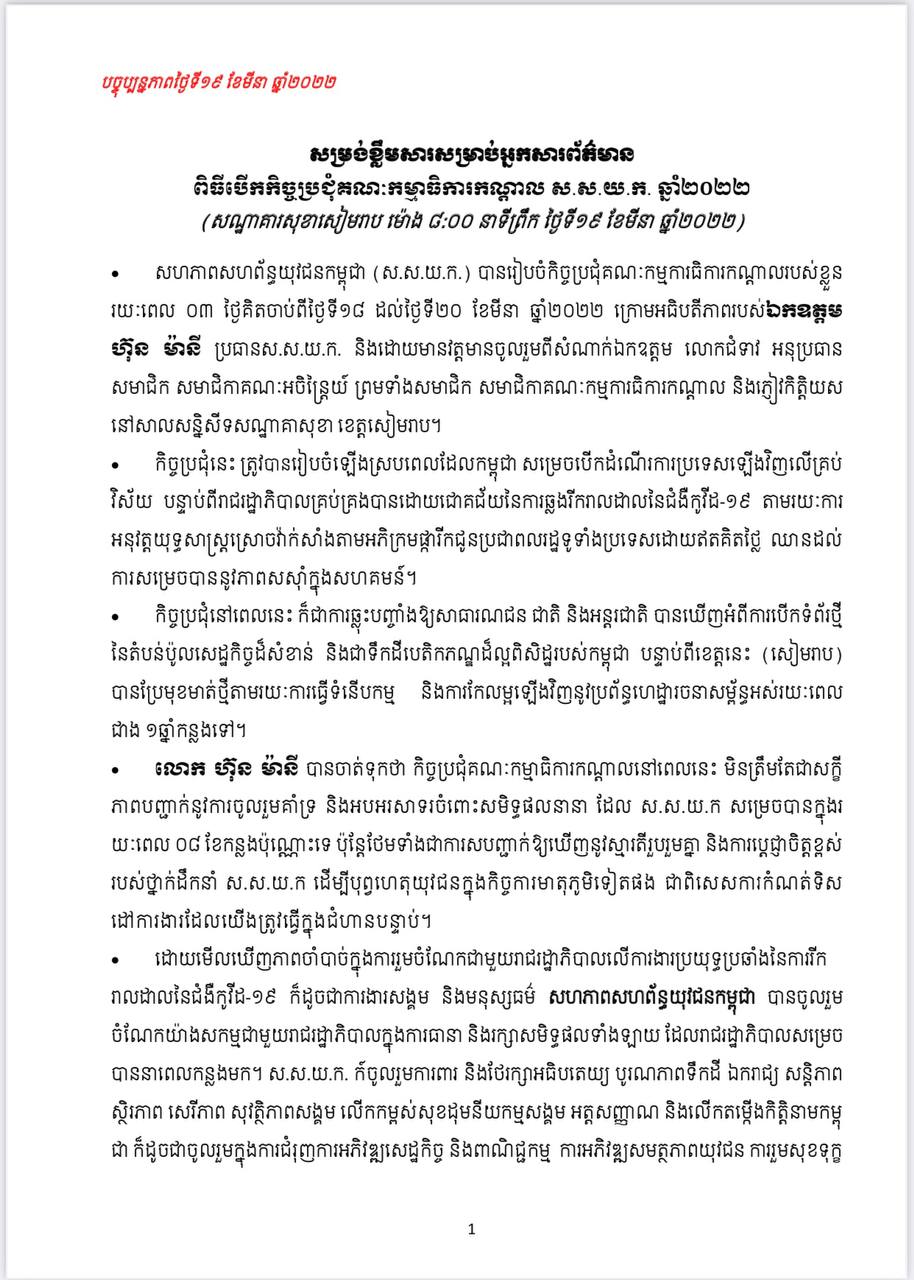 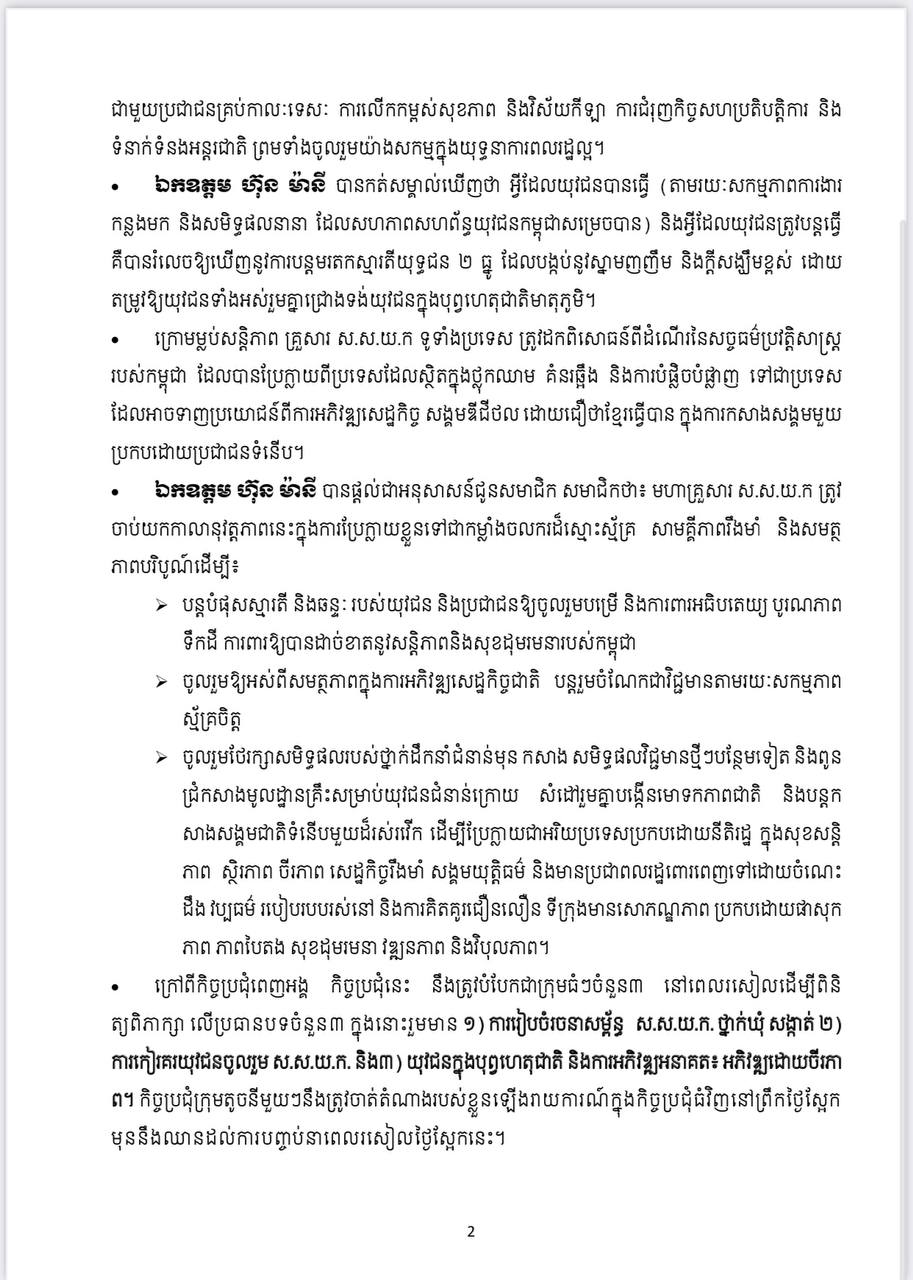 Temple Dedicated to the First Lady’s Mother Has Been Completed