INTERNATIONAL: President Vladimir Putin has used a rally at a packed soccer stadium on Friday,March 18, to justify the Russian offensive in Ukraine, promising tens of thousands of people waving Russian flags that all the Kremlin's aims would be achieved.

Putin has said the military operation in Ukraine was necessary because the United States was using the country to threaten Russia and Moscow had to defend the Russian-speaking people by Ukraine against 'genocide'.

Ukraine says it is fighting for its existence and that Putin's claims of genocide are nonsense. The West says claims it wants to rip Russia apart are fiction.

The stage where Putin spoke was decked out with slogans "For a world without Nazism" and "For our president", using the "Z" - markings used as markings on Russian military hardware deployed in Ukraine.

Before Putin spoke, Russia's stirring national anthem, with the words "Russia is our sacred state" boomed out across the stands in the stadium along with more pop hits such as "Made in the U.S.S.R.".

Russia had sent tens of thousands of troops into Ukraine on February 24 in what it called a special operation to degrade its southern neighbour’s military capabilities and root out people it called dangerous nationalists. Ukrainian forces have mounted stiff resistance and the West has imposed sweeping sanctions on Russia in an effort to force it to withdraw its forces. 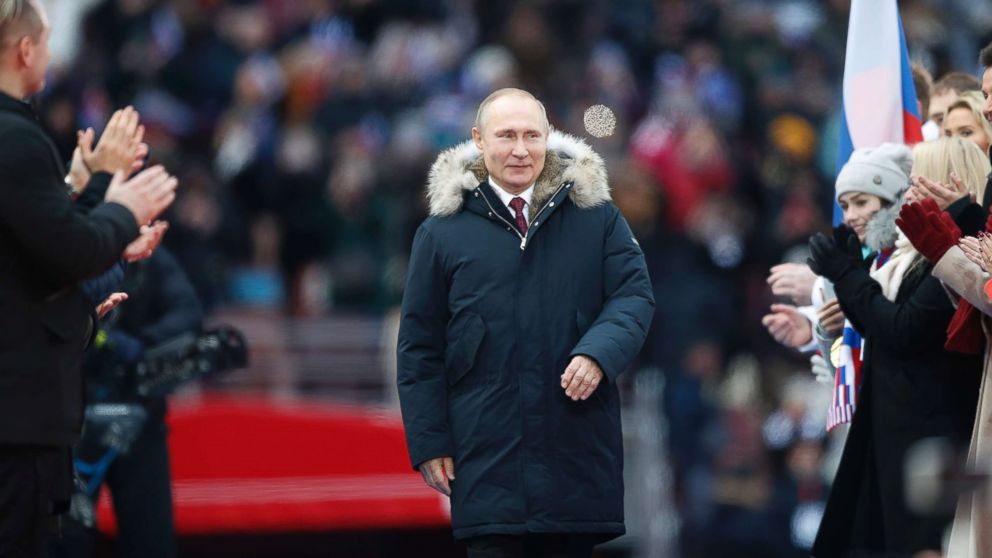 Runners Across 165 Countries Raise 4.9 Million US Dollars At Wings For Life World Run

China Talks Up ‘Green’ Olympics But Prepares to Fight Smog